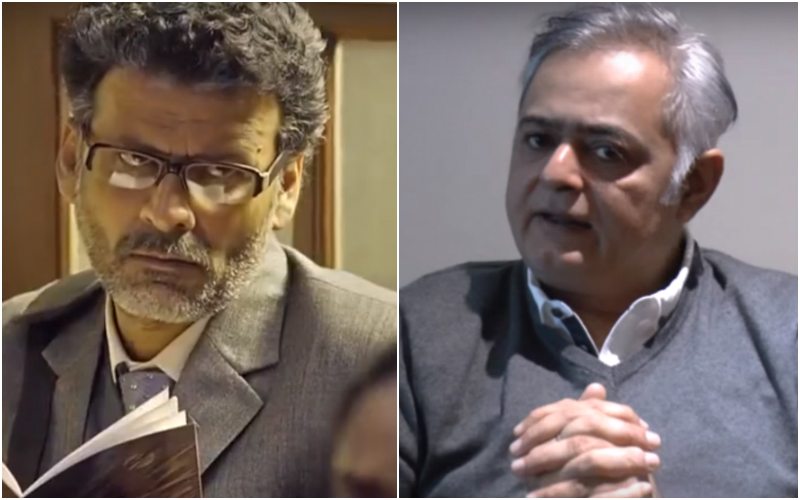 It’s a pleasant Saturday afternoon on March 5th as I arrive for this screening of ‘Aligarh’, for the ‘I View World Film Festival’, almost fifteen minutes late. The movie has just begun, and people are still trying to jostle into an already packed room. It’s then that I first spot Hansal Mehta, the director—unassumingly dressed in a simple white shirt, politely asking a journalist to leave the camera he had entered with outside the hall.

‘Aligarh’ raises some harrowing, important questions—about the right to privacy, the right to dignity of an LGBTQ person. But more than that, it’s the story of the shy Professor Ramchandra Siras, who, on a lonely night, sought sexual companionship with a young rickshaw-puller, but was brutally persecuted for doing so. The film delves deep into the professor’s psyche and explores his alienation with great sensitivity, along with exposing the terrifying reality of anti-gay prejudice within the country.

Hansal Mehta has previously directed critically-acclaimed (and National Award winning) films like ‘Shahid’ and ‘CityLights’. These films, coupled with ‘Aligarh’, have, at its heart a similar theme—of innocent, good men becoming victims of an unjust, biased system.

Once I finally catch a few minutes with him alone, I realise that he’s as simple and unassuming as his plain white shirt. He accidentally scalds himself as he spills his tea, and sheepishly apologises for it. I discuss the film with him, tell him how deeply it affected me, and he says with a smile, “that was my intention.” Here is how he opened up to Youth Ki Awaaz about his craft, LGBT rights and the film itself:

How did you choose this particular subject? Why do you think telling this story was important?

I think it’s an important story of our times, and it reflects our reality. I’m always interested in the marginalised communities and the way we treat who we believe are the ‘others’, so I think this story found me, I did not find it.

Nuanced portrayals of queer characters are so rare in Indian cinema that they are almost nonexistent. In such an environment, what are some of the challenges you faced in bringing this nuanced gay character to life?

The biggest challenge was to remain true to the story—to maintain the character’s dignity in the film and not reduce him to a caricature. I wanted to show the human side of Professor Siras, and to do that, the biggest challenge was conveying his loneliness and isolation. It’s easy to write about isolation and loneliness, but cinematically it’s not so easy to show on screen.

How did you go about researching the story? Did you actually go to Aligarh and meet those who knew Prof. Siras, or was it reconstructed through news reports?

The research was mostly done by my writers. It was reconstructed majorly through reports and personal accounts of the events, but there was also a lot of research done independently in Aligarh. But, a lot of it is also fiction—based on our imagination of what Professor Siras might have been going through.

Usually, straight actors shy away from playing gay roles (even in Hollywood), and there are hardly any openly gay actors here in India. In light of this, how did you go about casting for this role? Did you face rejection from straight actors? How did you ultimately zero in on Manoj Bajpayee?

Actually, Manoj was the first actor we ever approached, and as far as I remember, Manoj did not even hesitate for a moment before he accepted the part. I think a good actor should ideally never reject such parts. The ultimate thing is the character—it’s not just about his sexuality or sexual orientation. We’re ultimately telling the story of a person, and his sexuality just happens to be a part of who he is.

The film has already faced its fair share of controversy, first with it being given an ‘A’ certificate by the Censor Board, and now it being banned in Aligarh. How do you respond to this?

Actually, I don’t see it as controversy. The film sparked off a spate of dissent, a spate of disagreement, which is important. People’s biases came out in the open because of this film, and I think that’s very important. I might not agree with those people, but when they hide their biases, that’s even more dangerous.

Do you think this film is an important step for LGBT rights in India, especially now that Section 377 is being reconsidered?

I definitely think so! I think this film has somewhere become central to the fight for LGBT rights in the country, and the biggest thing this film does is make a case for a fairer and more accepting environment for LGBT people.

How would you take this film, and this conversation, to the masses, because right now the film’s audience is mostly urban?

I think this film reaching any number of people is a great thing. Even if it reaches a thousand people, and it touches them, and it moves them—it makes those thousand people think about their prejudices and look at the way they treat the world. And if it does that, then the film has achieved its goal.

Mehta is not wrong. The film reaching any number of people, especially through film festivals such as ‘I View World’ that focus on the human rights of the marginalised, and making them rethink their biases is important. Manoj Bajpayee, at a Q&A session which followed the film, talked about how we should buy tickets for ‘Aligarh’ and watch it, to show the country that yes, here is a film about the need for LGBT rights and we support it. Only then can some change in the country’s homophobic mindset occur. The change required is significant, and definitely, cannot happen overnight. But the very existence of this film (and the debate surrounding it) is a positive step in that direction.

Youth Ki Awaaz is the media partner for I View World 2016. For more details, and the screening schedule, click here.