In Photos: The ‘Slogans, Singing And Sisterhood’ That DU Witnessed This Women’s Day

On 8th March, 2016, the streets of North Campus were witness to hours of slogans, singing and sisterhood. Pinjra Tod, an autonomous collective of women students from Delhi, organized a march from the Arts Faculty to the Vice Chancellor’s Office, to commemorate International Working Women’s Day. In the recent past, Women’s Day has been appropriated by capitalism and benevolent sexism, with the focus being shifted to free drinks, spa discounts and token speeches. Pinjra Tod endeavoured to reclaim this day as a celebration of the feminist spirit, and years of agitation that have brought us where we are as a society. Be it the right to education, the right to vote, or the right to own property, every victory has been a result of fearless struggles by women in the face of a ruthlessly status-quoist social order.

This Tuesday was one of the many attempts by Pinjra Tod to secure a non-discriminatory environment for women students in the university. Around 200 women and allies walked to colleges and hostels (Ramjas, Kirorimal, Daulat Ram, Meghdoot, Miranda House and University Women’s Hostel, to name only a few), dancing to revolutionary songs, and gathering support from all they met.

They were met with resistance by administration at many points, but continued to be undeterred. Finally, the group reached the gate leading to the V.C.’s office, where the officials used the age old patriarchal tactic of pitting women against each other. Female workers were given orders to physically prevent them from entering the university premises while female administration members were sent to firmly inform them that the gate would remain closed. Some girls climbed over the gate while others sat in front of it. At length, they were forced to be content with submitting a charter of demands to the officials from behind the locked gate. The demands included the abolition of gendered curfews across hostels, regulation of paying guest accommodations in the university area, and the institution of functional, student-elected sexual harassment committees in every college. The day ended on a note of frustrated attempts, but an everlasting hope of an equal world. 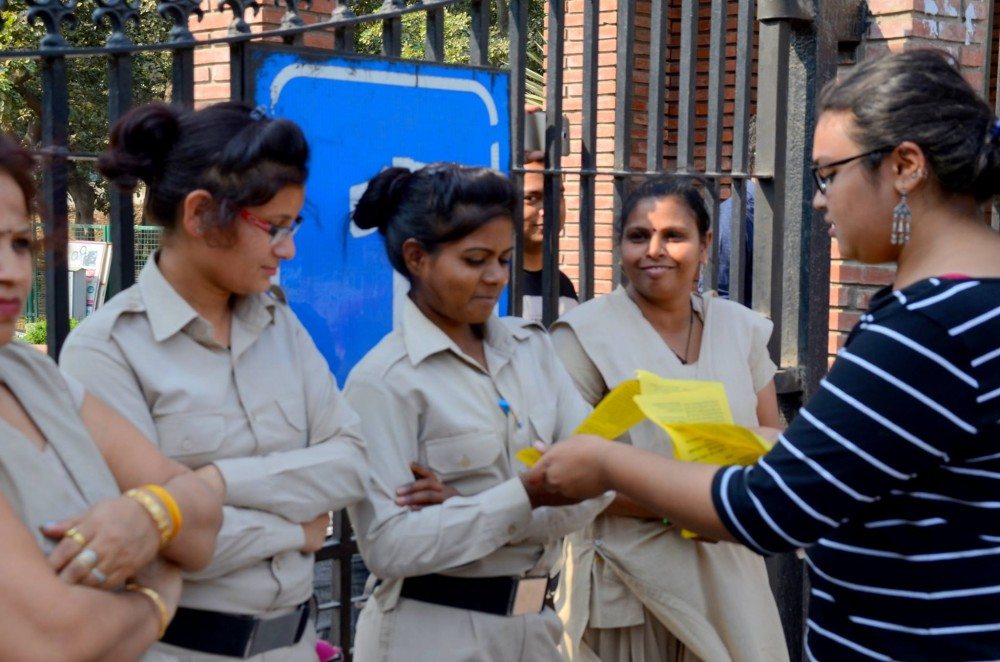 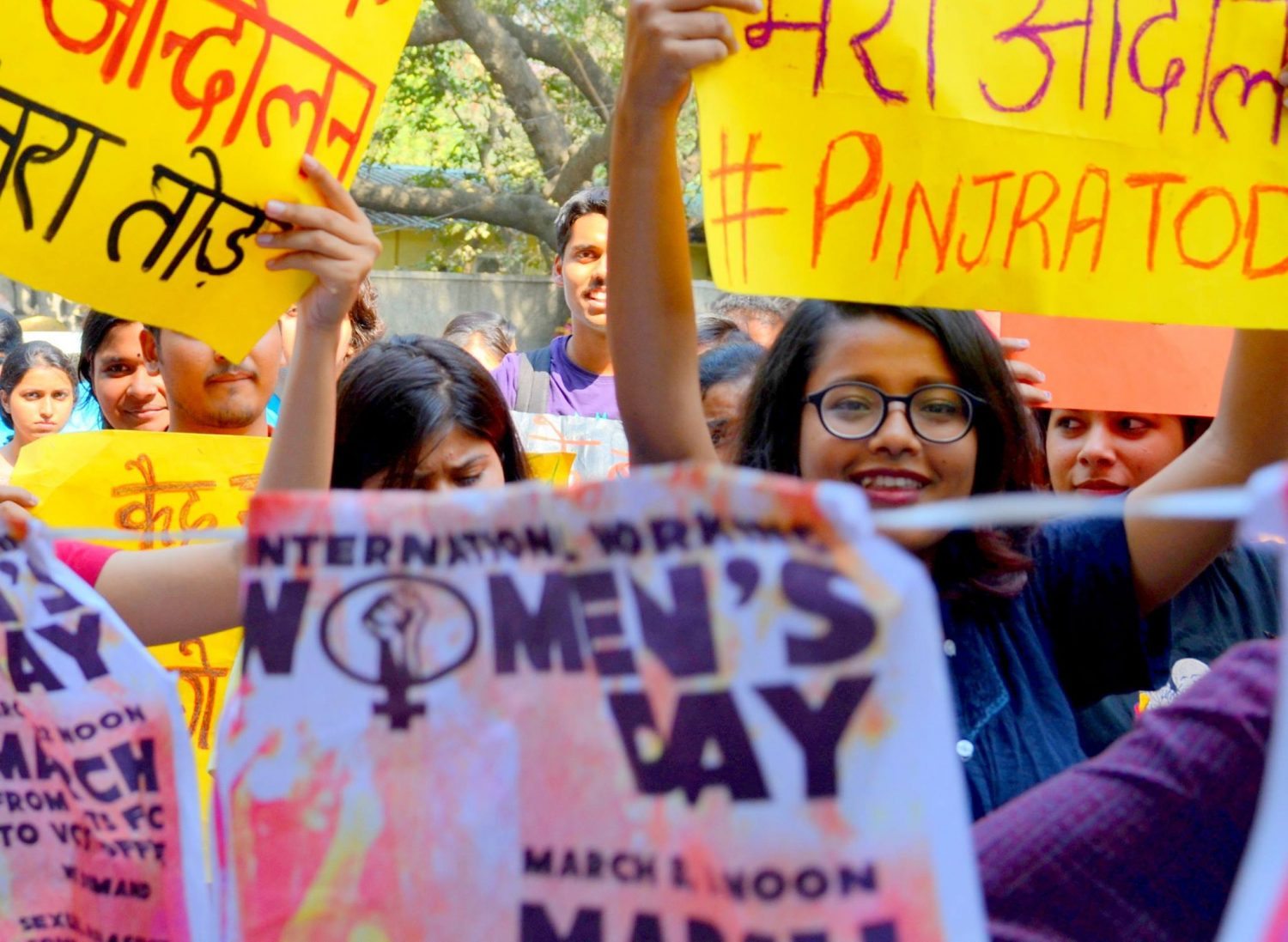 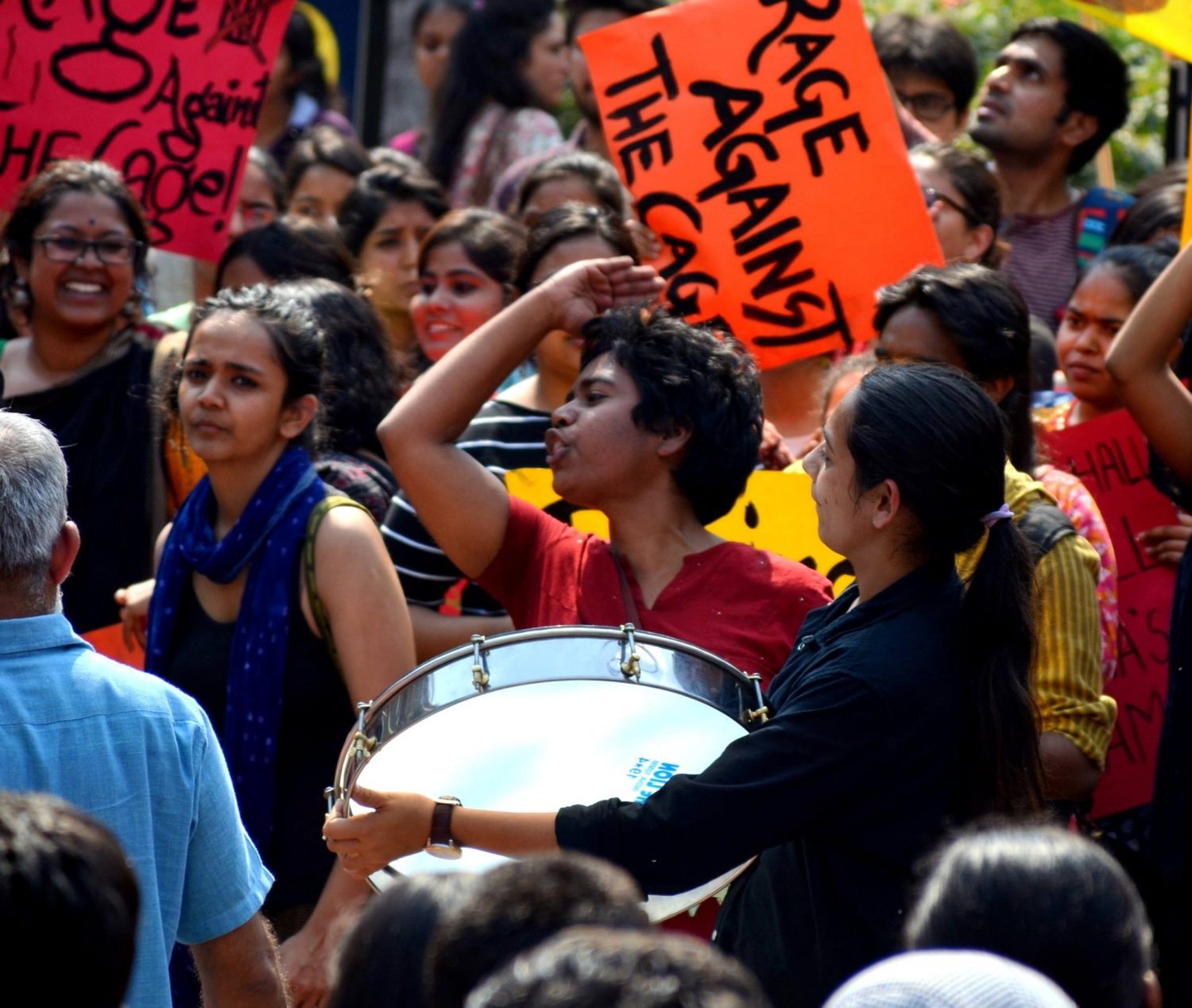 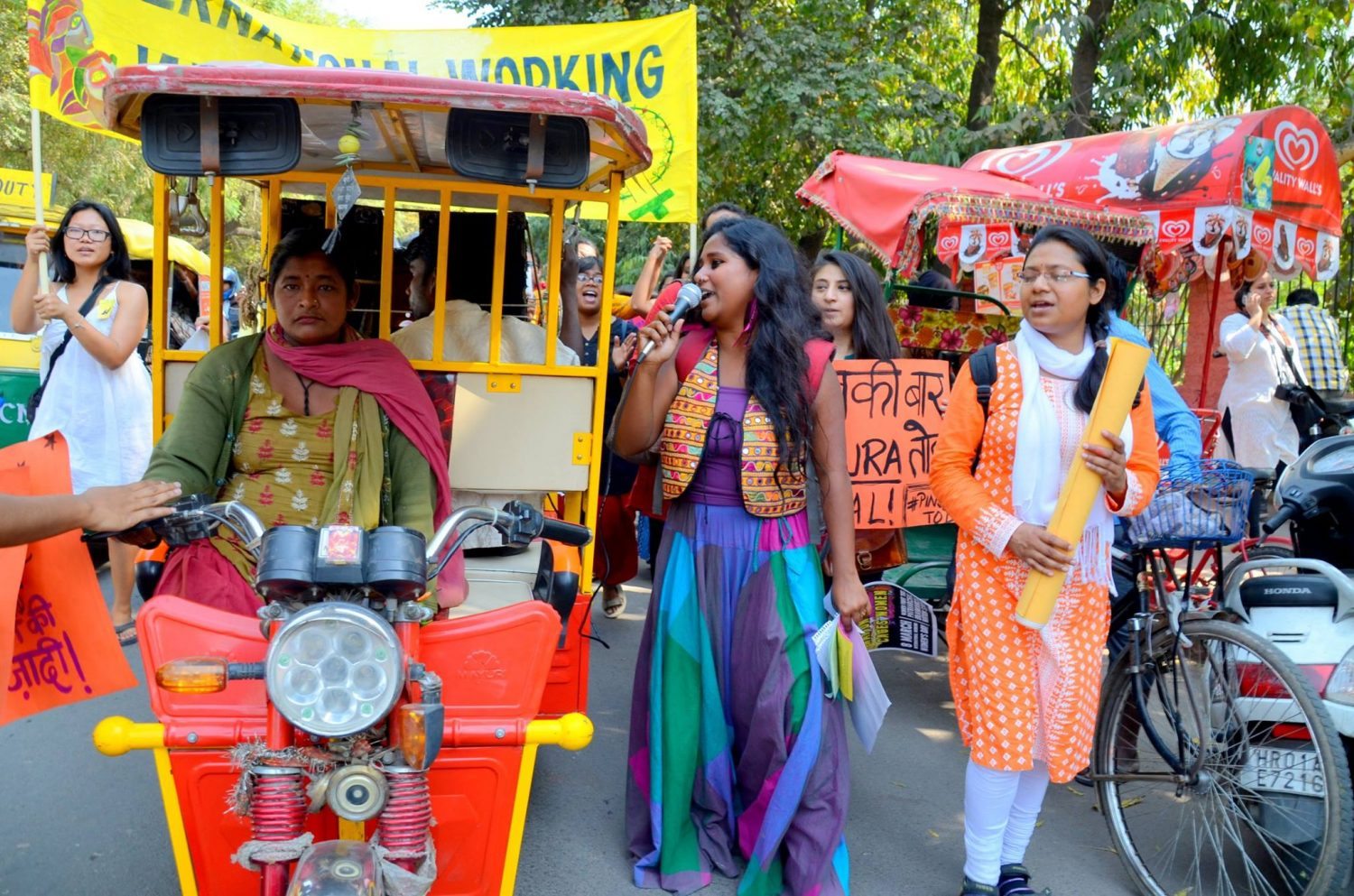 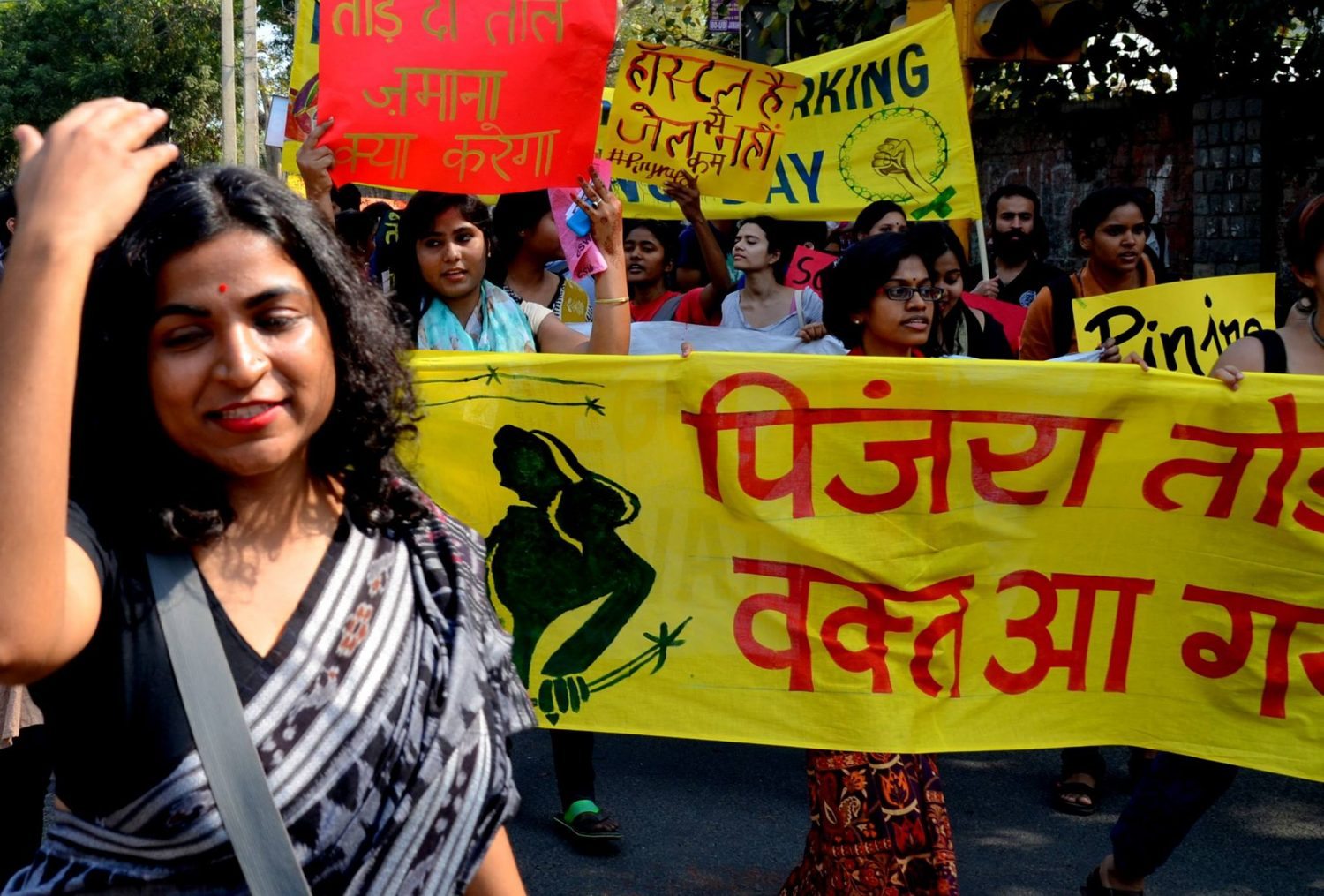 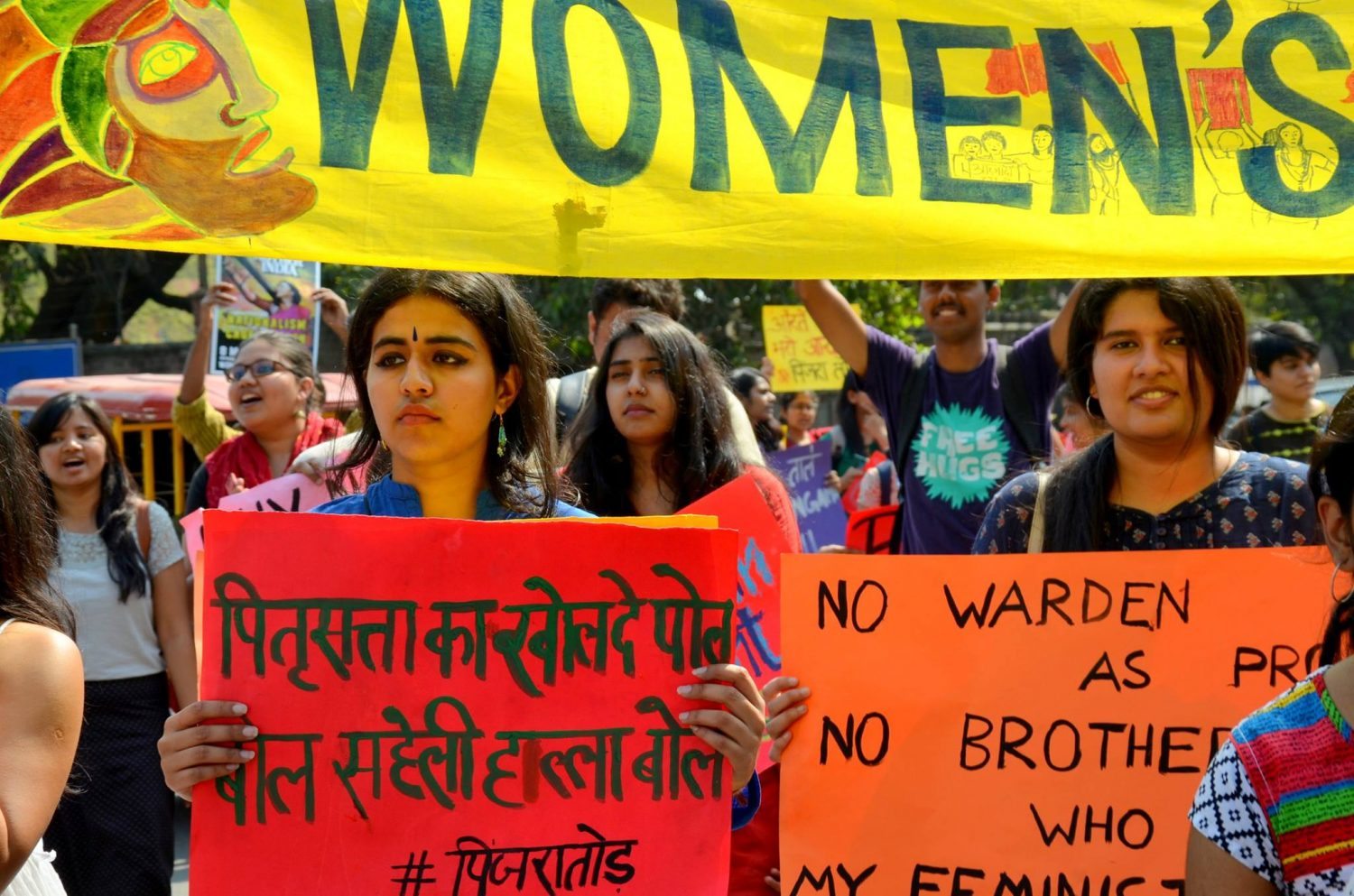 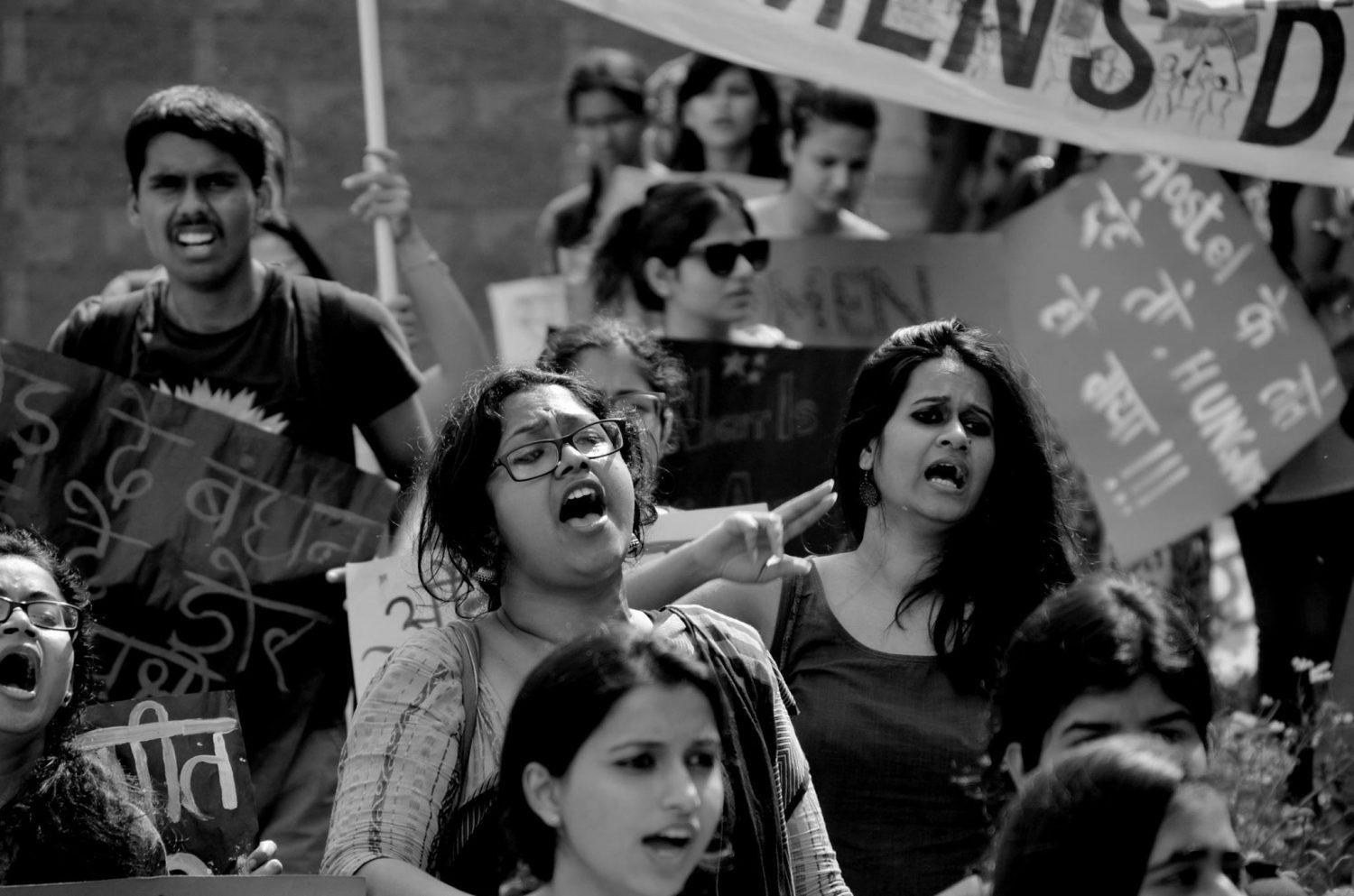 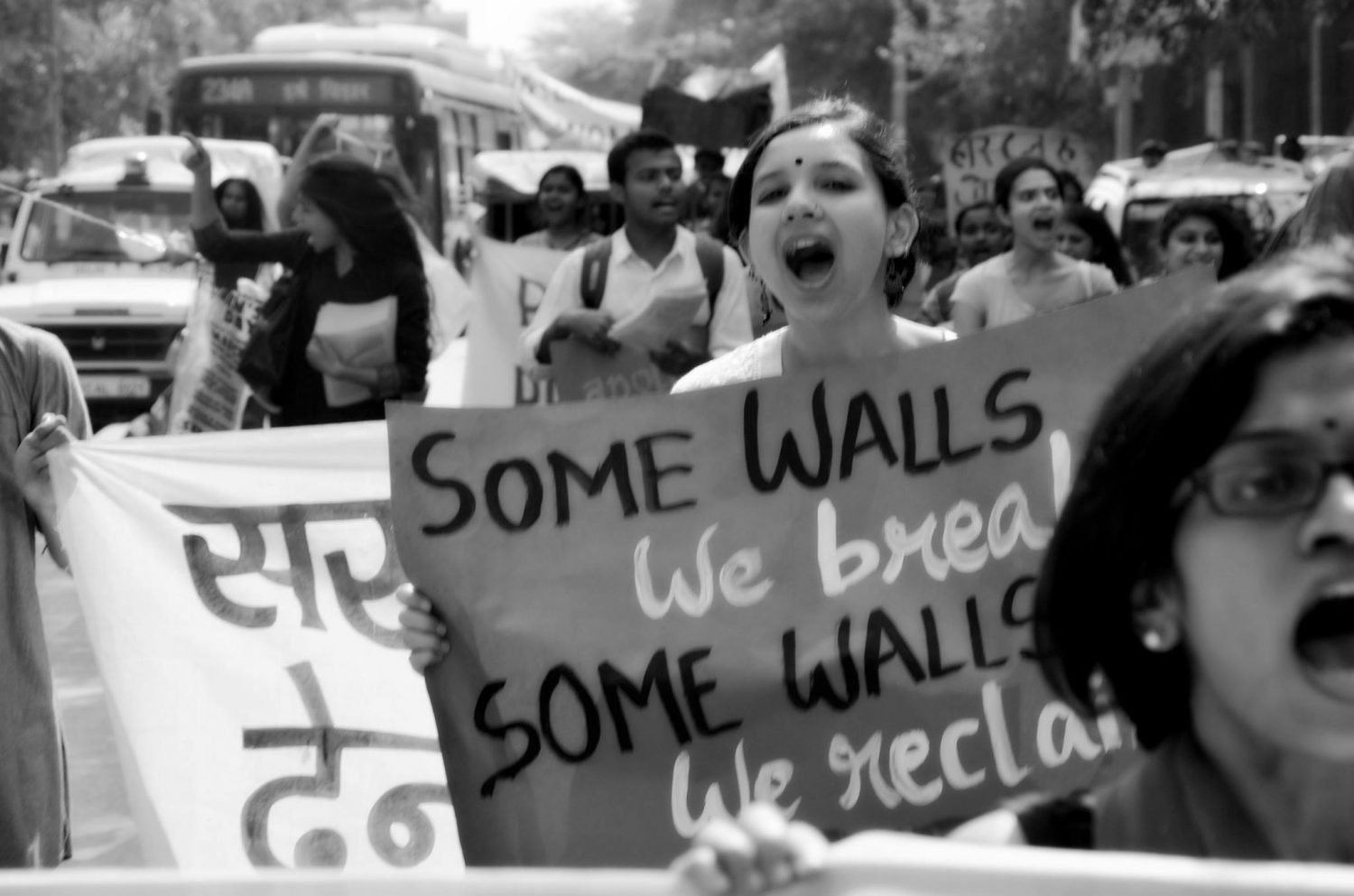 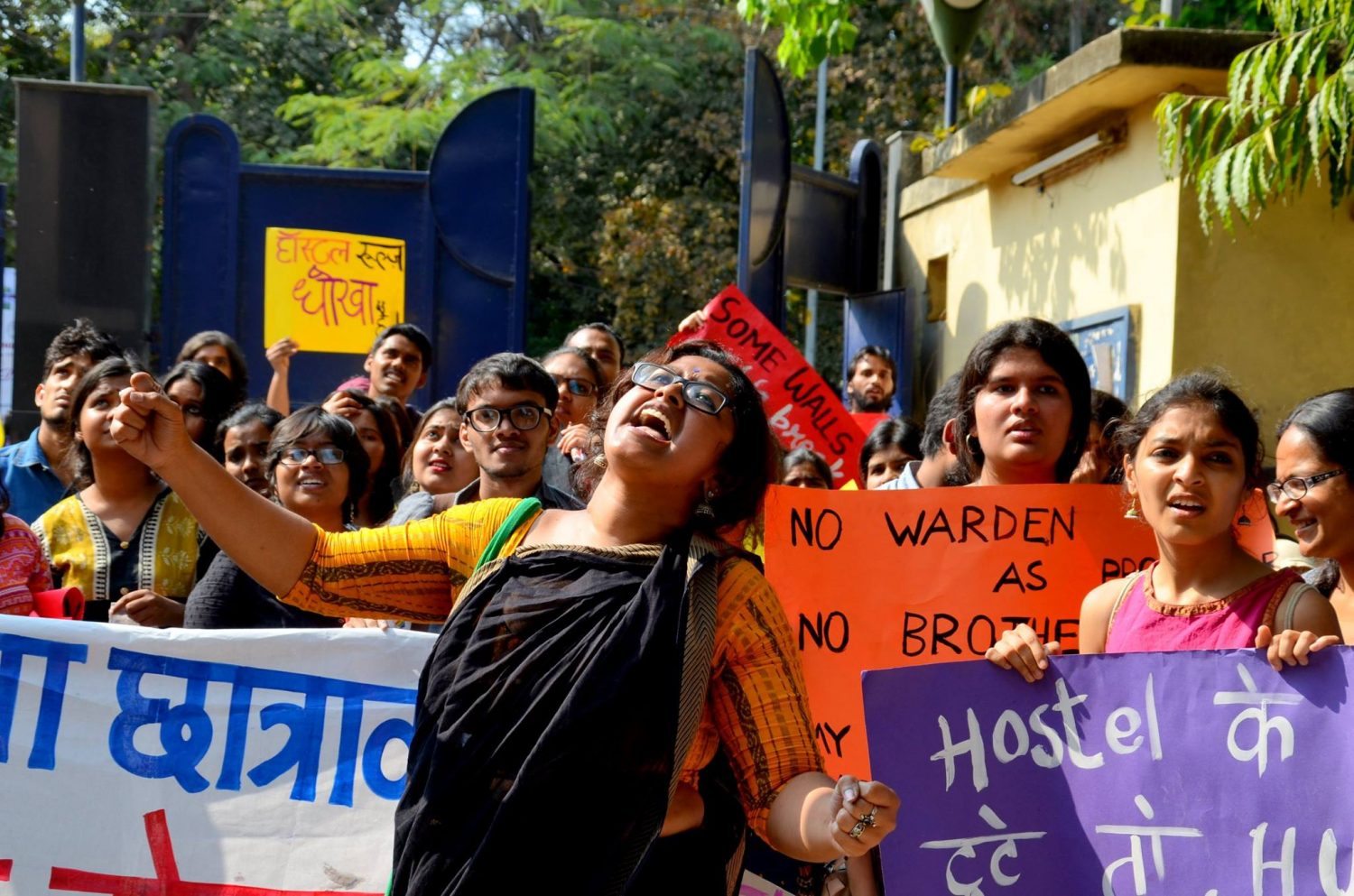 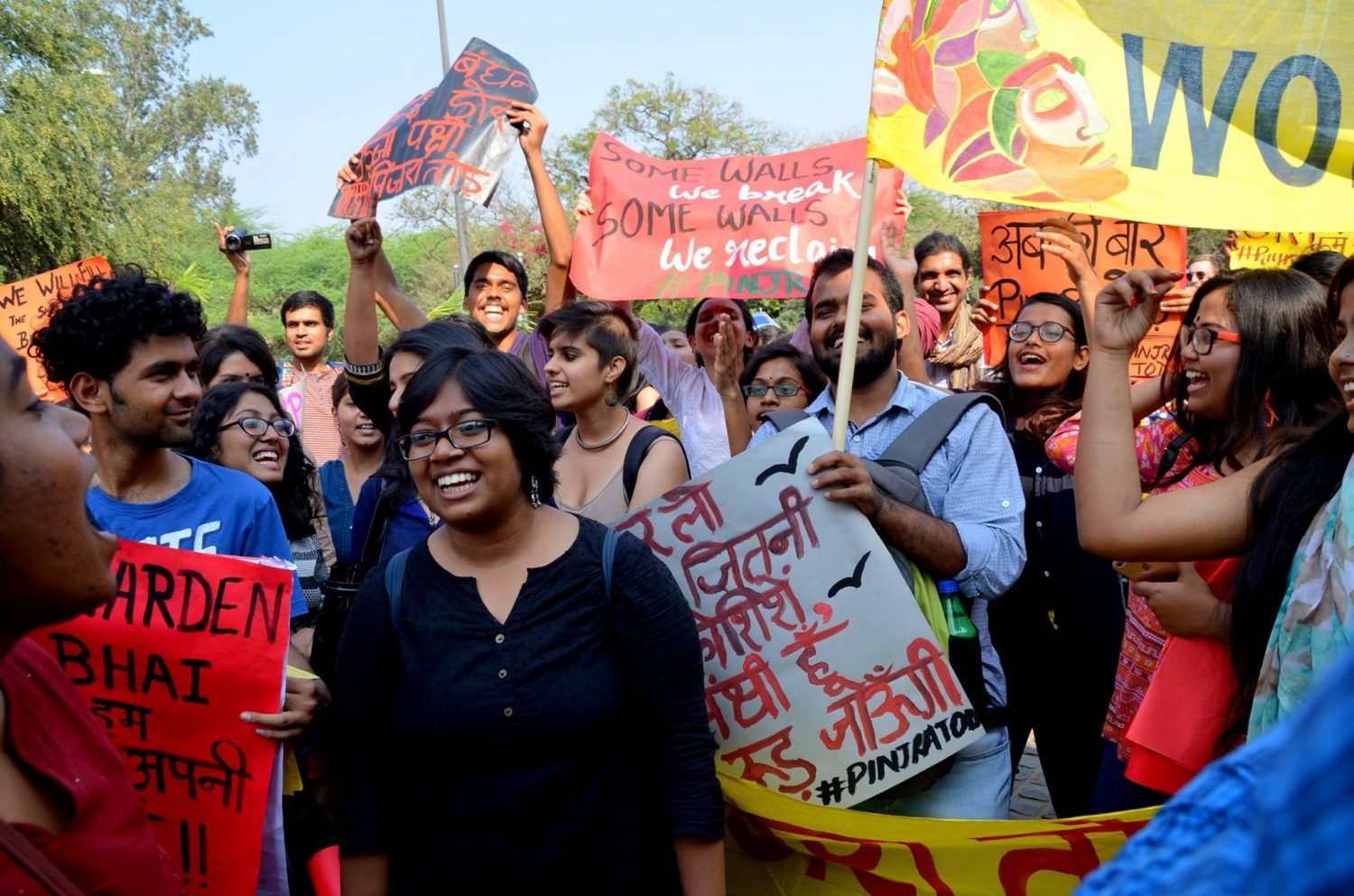 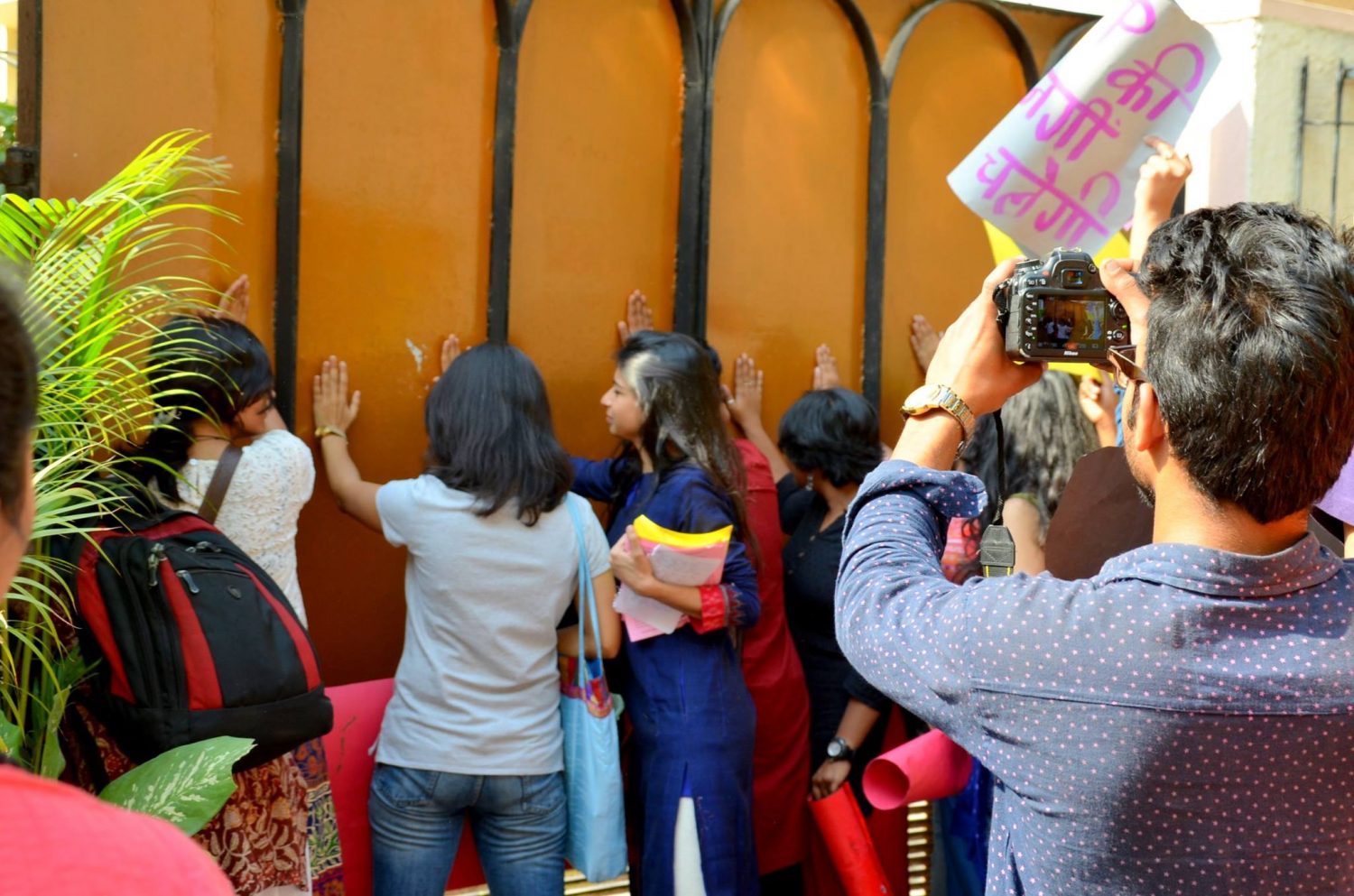 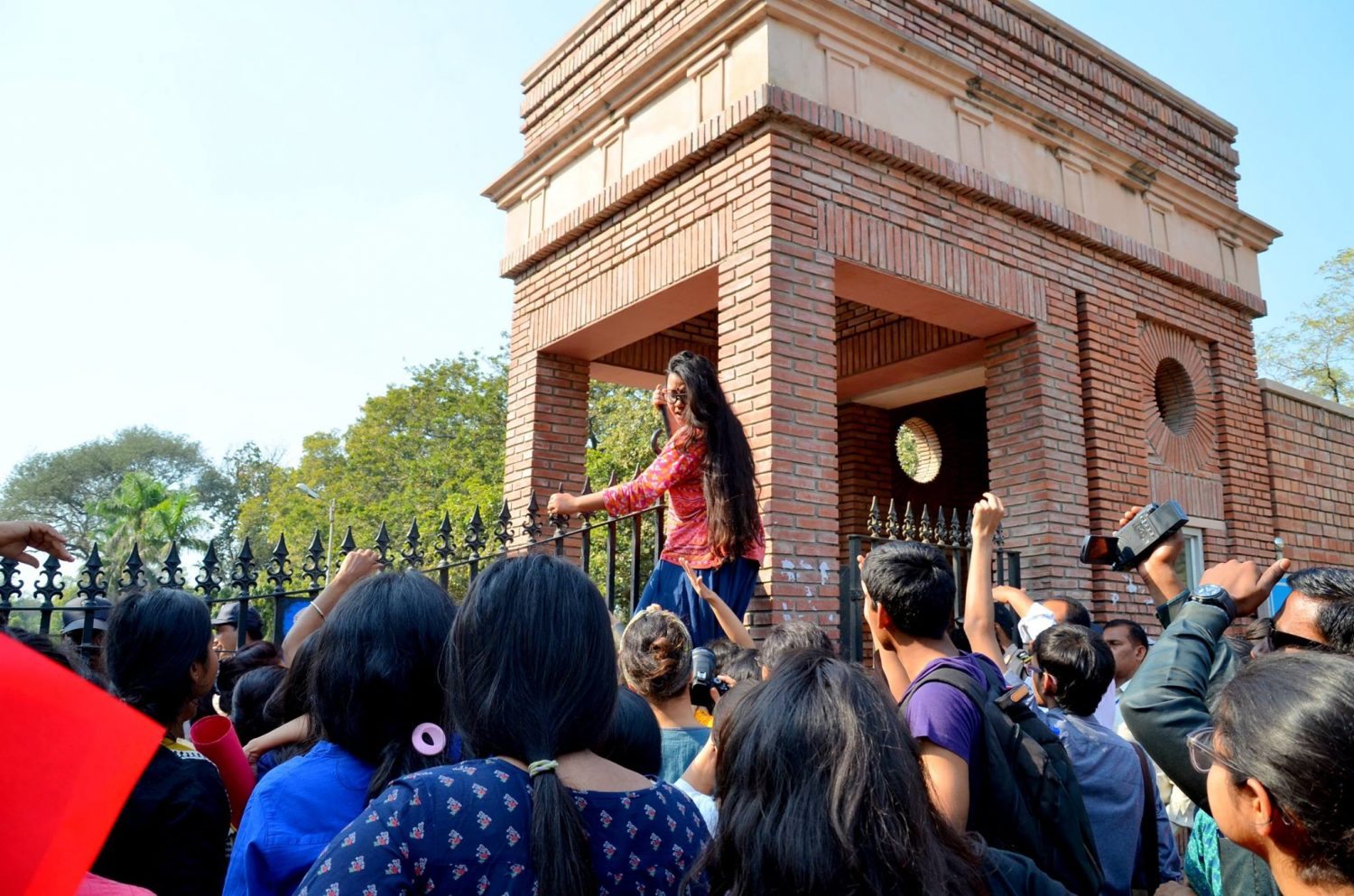