In Photos: How Septic Tanks Were Burnt At Jantar Mantar To Make A Powerful Point

Manual scavengers and Dalit activists from all across India held a protest march at Jantar Mantar in Delhi under their 125 days long nationwide #BhimYatra, that ended on April 13th, on the eve of Dr. B.R. Ambedkar’s 125th birth anniversary.

With so many manual scavengers losing their lives because of the inhumanity of forcing them to enter and clean out septic tanks, protestors at Jantar Mantar burnt a symbolic septic tank to assert their demand to scrap the manual scavenging profession in its entirety, so as to avoid any further deaths of individuals performing such work.

They also demanded complete modernisation and mechanisation of the sanitation system in India.
Through the Bhim Yatra, they hope to send a message to the government of India and people at large of this country about how this inhuman practice that destroys their lives, needs to end. 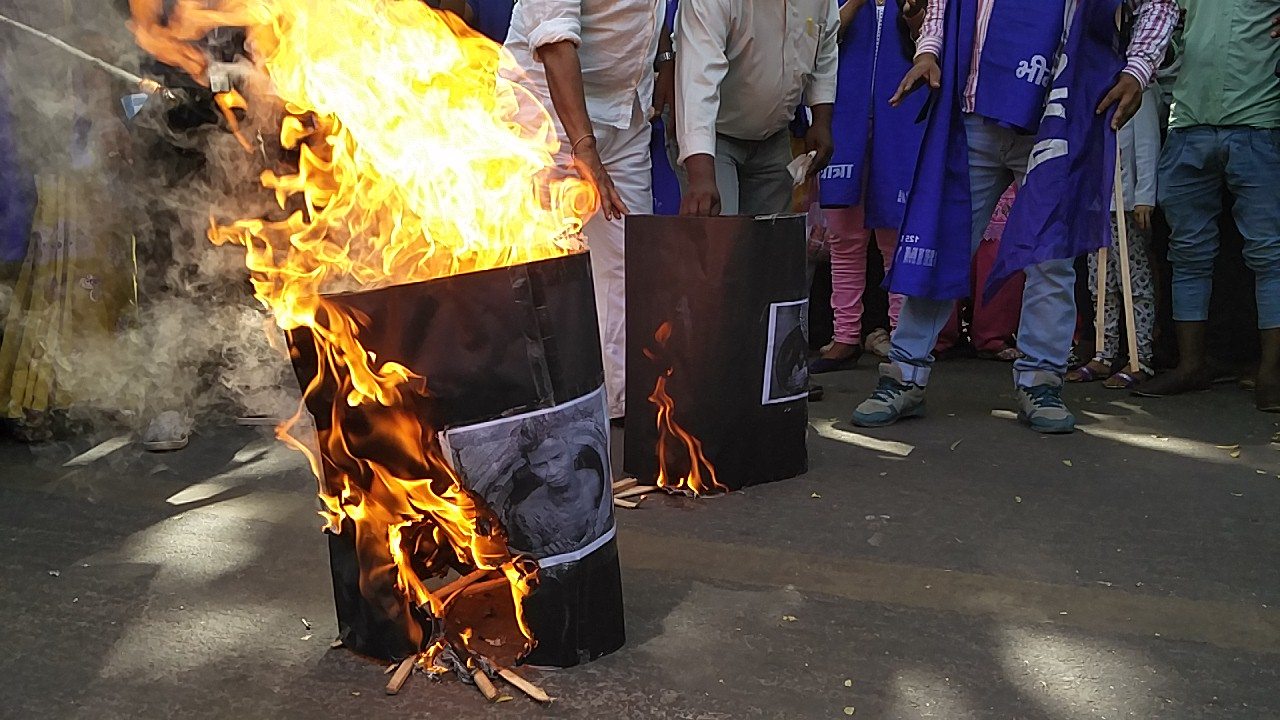 Protestors set fire to containers representing septic tanks cleaning which manual scavengers have and continue to lose their lives even today. 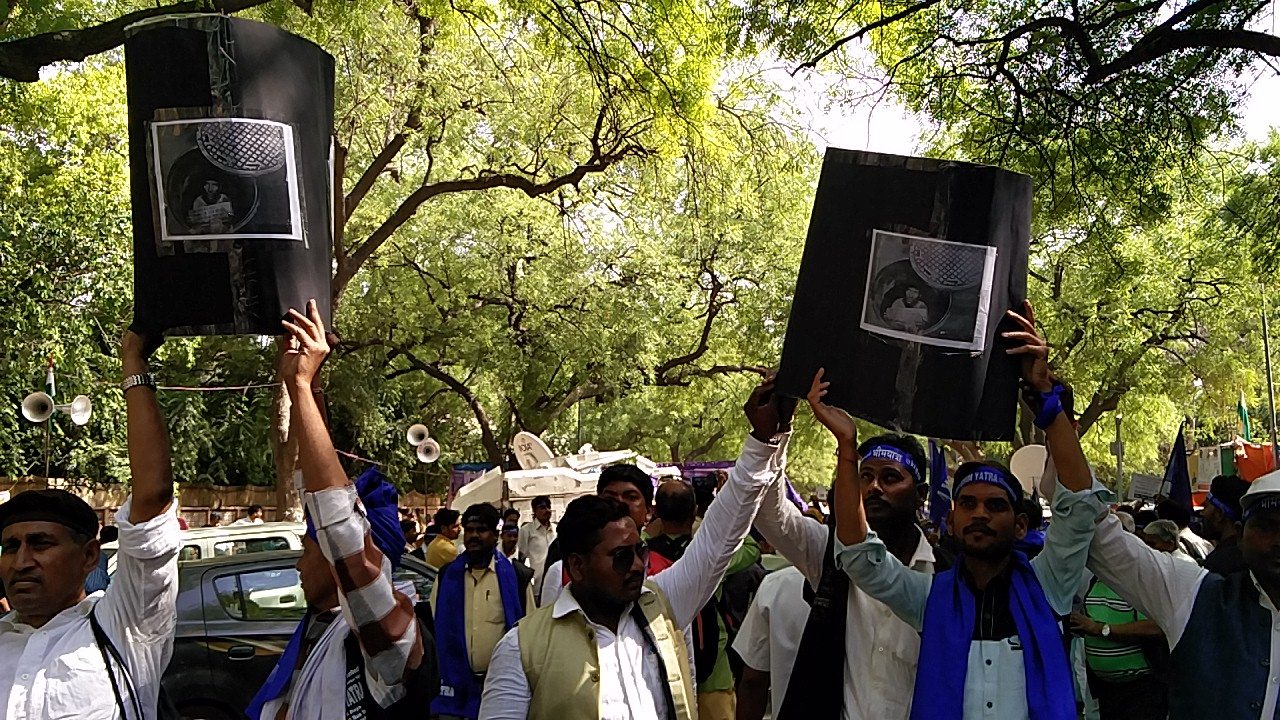 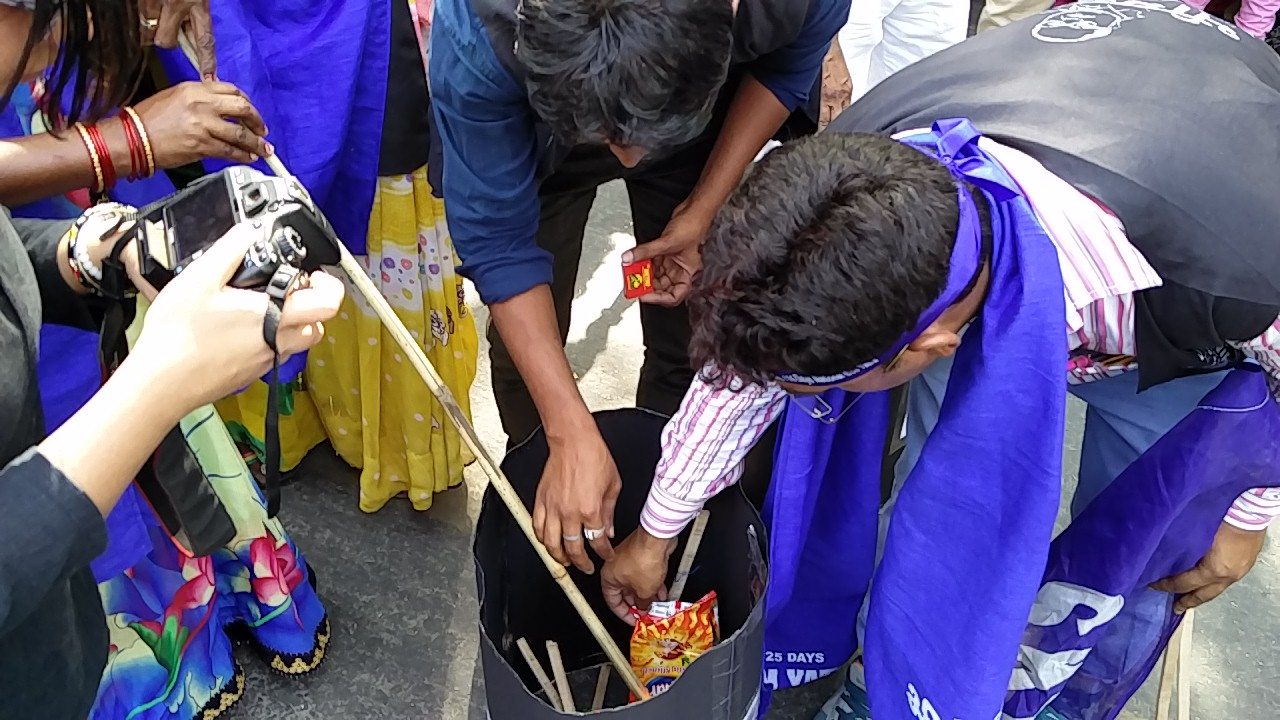 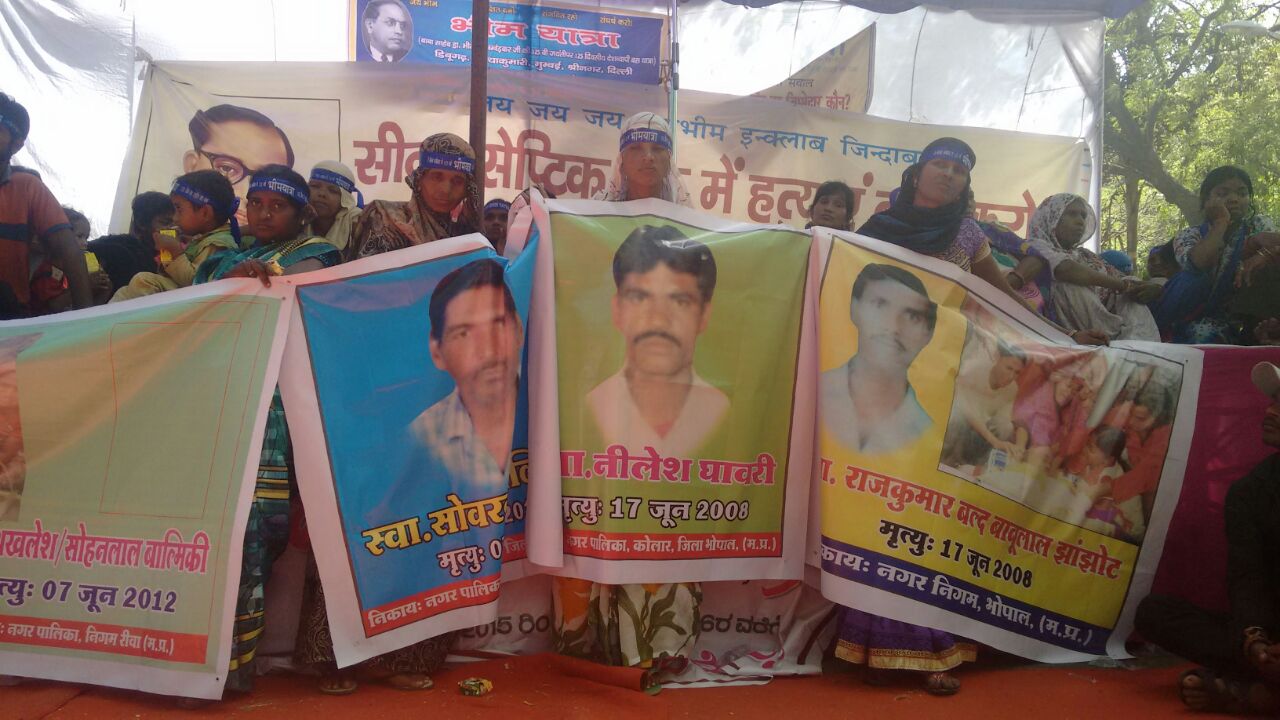 Women who have lost members of their families to deaths in septic tanks stand in protest at the Bhim Yatra, Jantar Mantar. 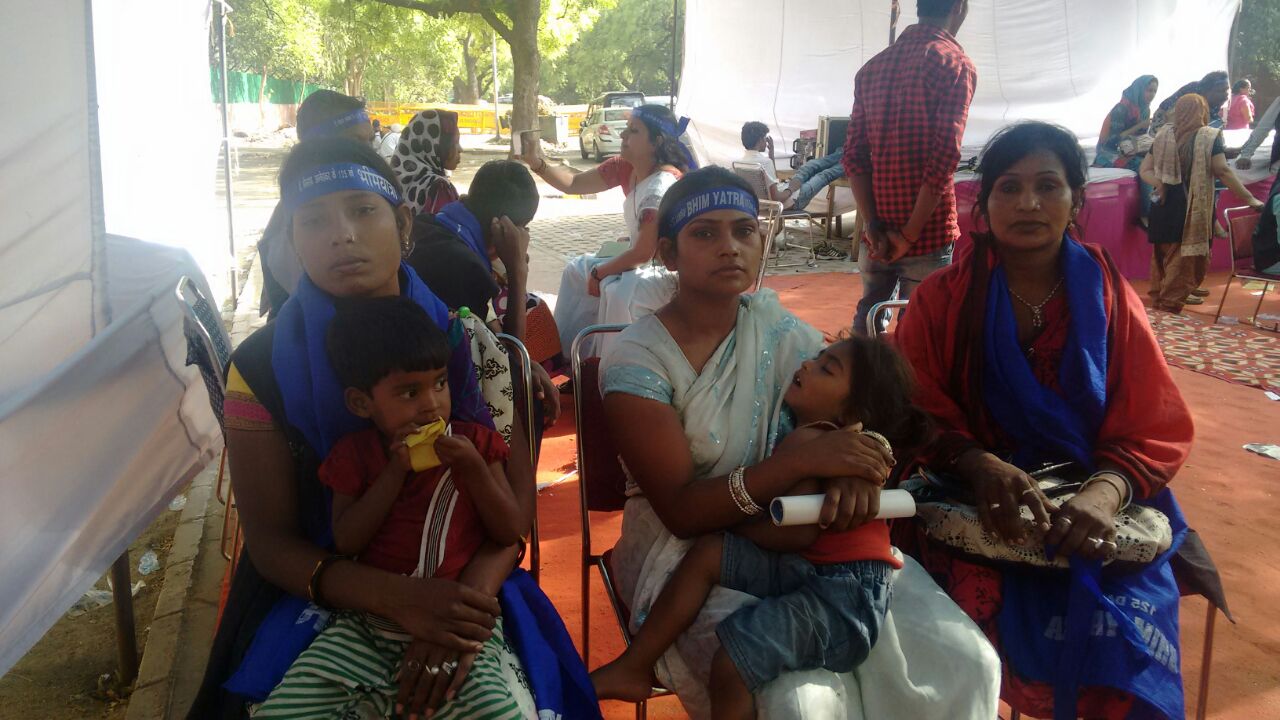 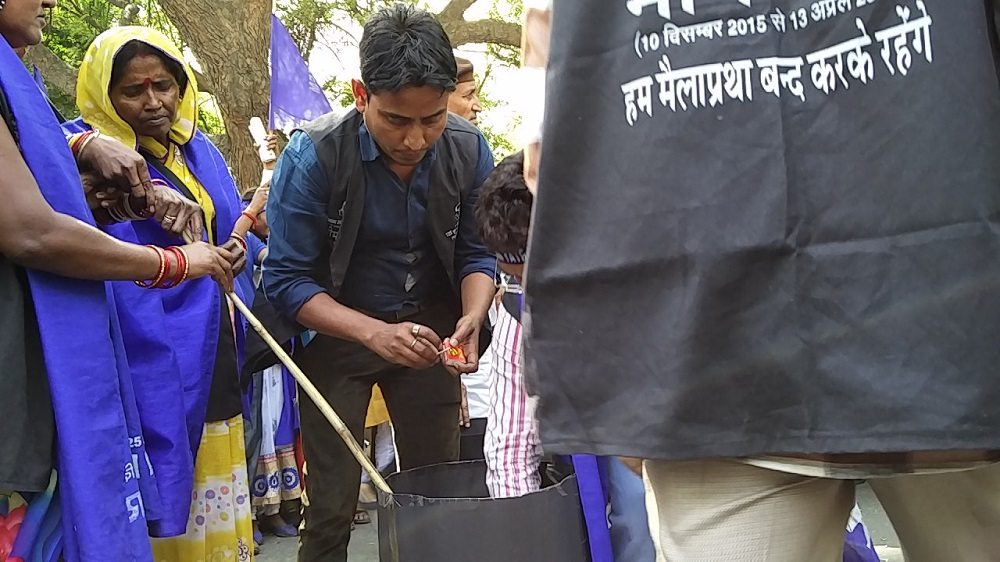 Translation: We’ll put an end to the practic of manual scavenging. 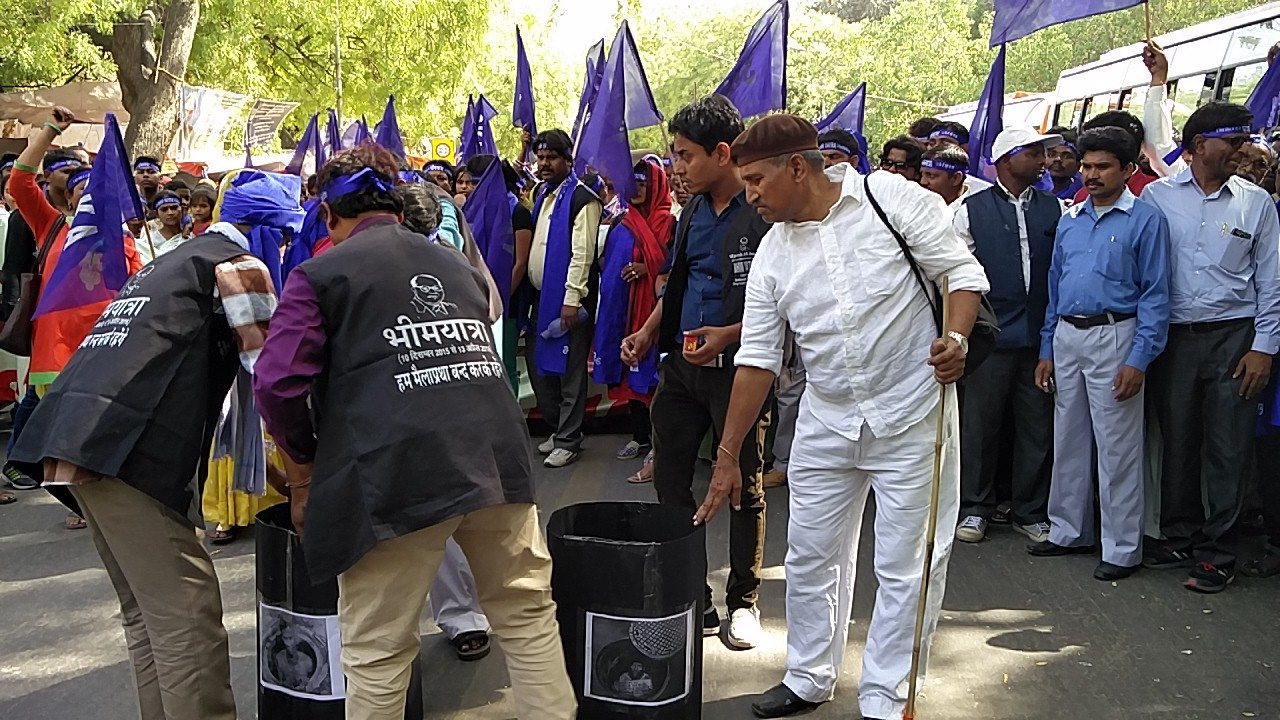 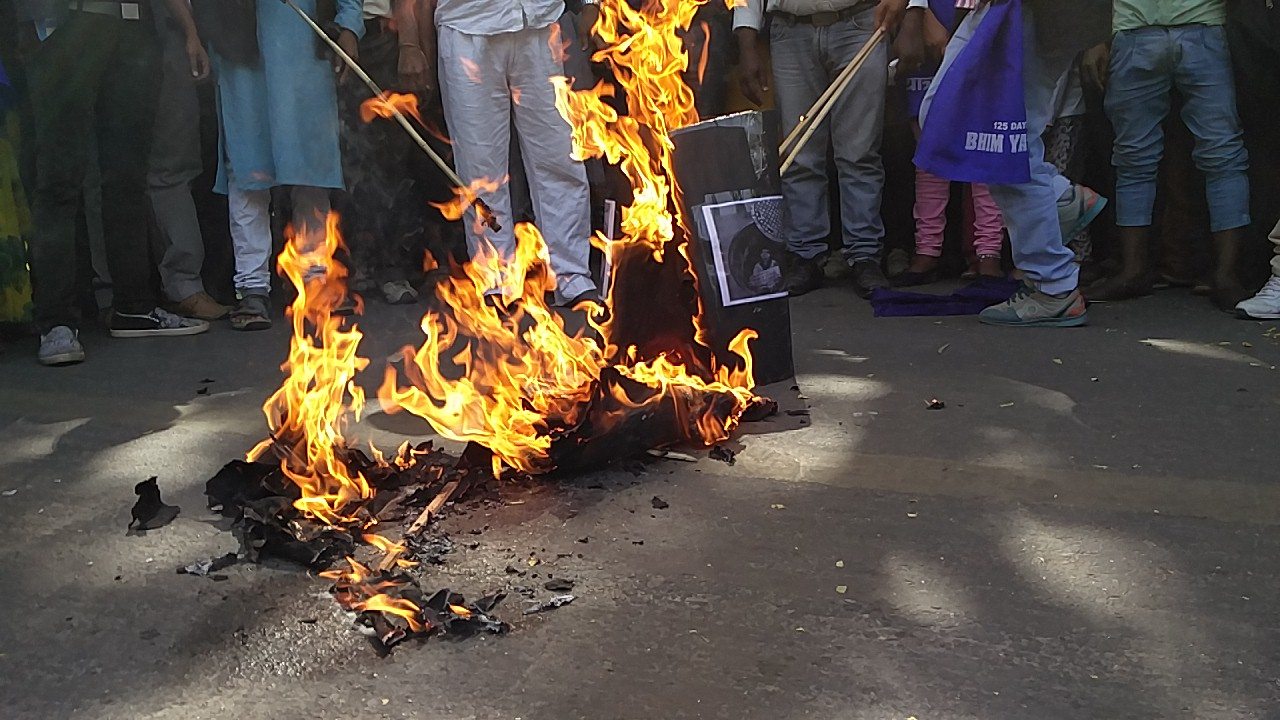 A container representing a septic tank on fire. 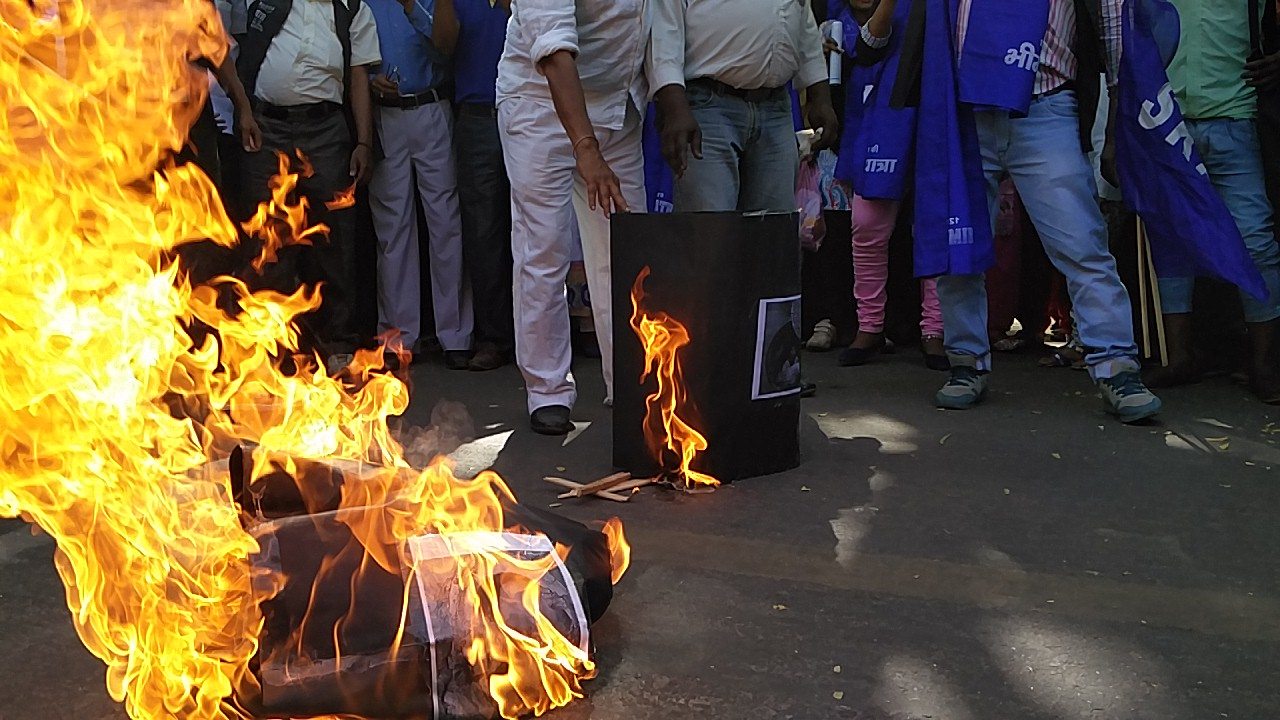 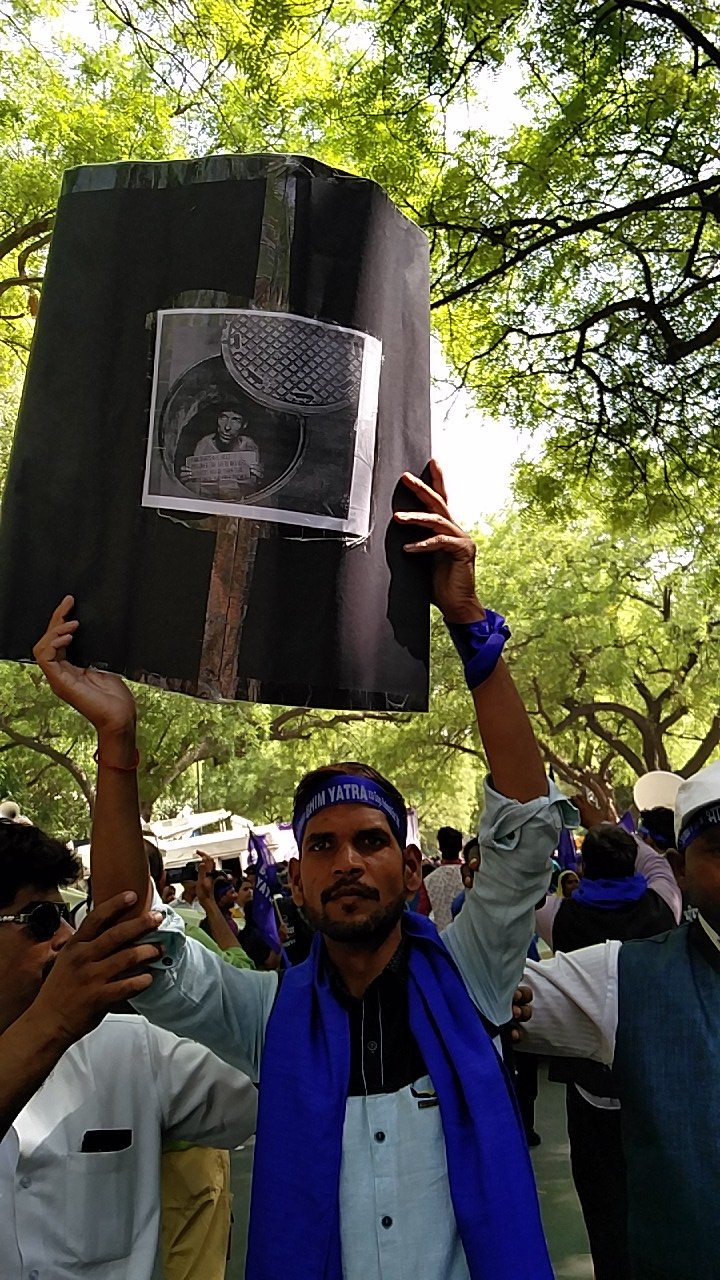 125 families whose loved ones have died while cleaning septic tanks were protesting at Jantar Mantar as well. Out of these 125, here is a list of 80 individuals who lost their lives because of manual scavenging.

UAPA, NSA, and Sedition: The Three Pillars Of Stifling Dissent In India