What We Need Is ‘Environmentalism Of The Poor’: Sunita Narain On Earth Day

By Down To Earth: 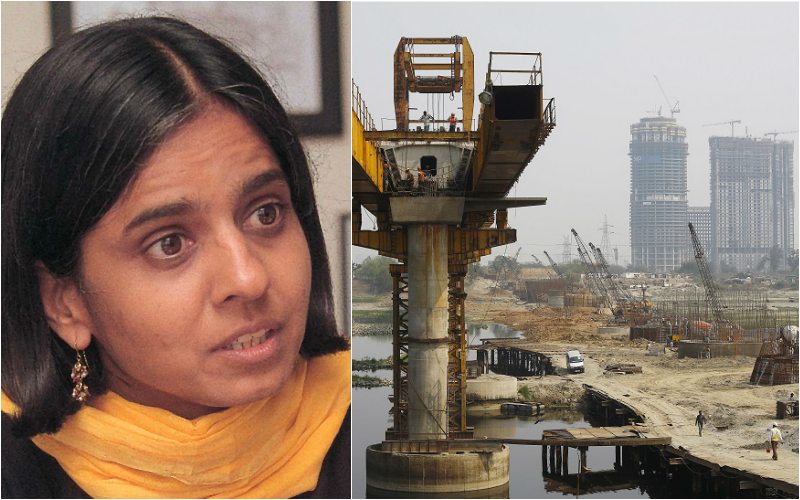 “As the world closes down on another Earth Day today, it is time we asked ourselves whether these ritualistic displays really mean anything. What is the kind of environmentalism that we are practising today?” asks Sunita Narain, editor of Down To Earth and director general of Delhi-based non-profit Centre for Science and Environment (CSE). Narain has been named as one of the 100 most influential people this year by TIME magazine.

CSE experts point out that that today, virtually all infrastructure and industrial projects—from mining to thermal and hydel and nuclear power to cement or steel—are under attack from communities who fear loss of livelihoods. These communities are at the forefront of India’s environmental movement.

“For them, the environment is not a matter of luxury; it is one of survival. They know that when the land is mined and trees are cut, their water source dries up or they lose grazing and agricultural land. They know they are poor. And they are saying, loudly and as clearly as they can, that what others call development will only make them poorer. This is what I call environmentalism of the poor. This is the environmentalism that we have to practise,” Narain says.

CSE—founded by the late Anil Agarwal and now led by Narain—has consistently argued that India needs to listen to these voices, not dismiss or stifle them in the name of anti-growth dissent. This can be done by strengthening the processes of democracy that ensure people have a say in development.

Novelist Amitav Ghosh, in his comment on Narain in TIME magazine, writes, “Narain has… opposed the kind of elite conservationism that blames environmental problems on the poor. Instead she has advocated policies that recognise India’s forest dwellers and indigenous peoples as essential custodians of their environments. Hers is a voice that urgently needs to be heard in this era of climate change.”