An Average American Spends $97 Or Rs. 6000 Per Day. Guess What An Average Indian Spends

By IndiaSpend in Business and Economy, Society 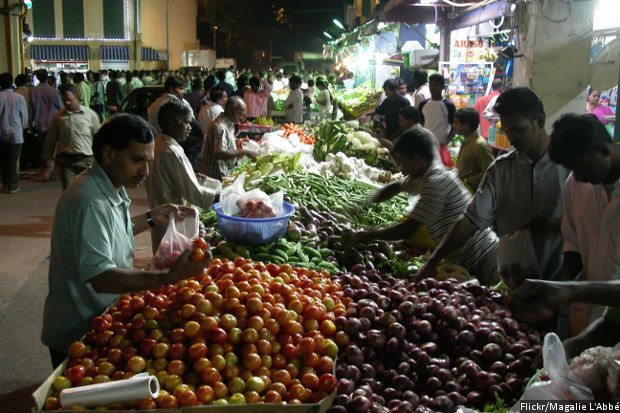 The average American spends $97 every day, the average Chinese $7 and the average Indian $1.8, according to Goldman Sachs data and an IndiaSpend analysis.

This is what Indians in villages and cities spend each day, on average, on food, clothing, rent and other daily needs.
[su_spacer size=”30″]

Spending Of Half Of India: Lower Than India’s Average

Half the people in villages spend less than Rs. 1,198 per month, which is Rs. 40 per person per day, indicating the extent of poverty.

The poverty line in India is defined as the ability to spend Rs. 47 per person per day in urban areas and Rs. 32 in rural areas. As many as 363 million Indians, or 30%, live below the poverty line, as IndiaSpend has reported.

The data above indicate how much money the poorest half Indians spend.

Note: Calculations for per person per day spending for Indians are based on the 68th round of Household Consumer Expenditure survey 2011-12. Monthly Per Capita Expenditure surveys by the National Sample Survey Office of the Ministry of Statistics and Programme Implementation have been used to derive per day spending by each person. Rupee to Dollar conversion has been done at the rate from 2011-12.

Tech Gyaan: The New World One Of Networking And Comfort

What Economic Reforms Will India See In The Post-Pandemic Budget Of 2021?