In Photos: The Powerful Protests In Delhi Demanding Justice For Delta Meghwal

On March 29, 2016, a 17-year-old girl’s body was discovered in a water tank of the hostel of the Jain Adarsh Teacher Training Institute for Girls in Nokha, Bikaner. The girl was Delta Meghwal – a talented Dalit student and a gifted painter from Barmer district in Rajasthan.

A day before her death, reports suggest, the hostel warden had asked Delta to clean the PT coach’s room where Delta was allegedly raped by the coach. According to the reports, when the college authorities found out, Delta was forced to sign a document along with the coach which stated that it was, in fact, a consensual act.

Since her body was found, the college has been trying to portray it as suicide whereas many student organisations across the country and members of some civil society groups claim that she was murdered.

It’s important to see this case in light of the recent happenings against Dalits in the country. Many pertinent questions can be raised – Why was she asked to clean the room of a faculty member? Why was she forced to sign a document which stated that the alleged rape was a consensual act? Even if she did sign the document, why was the police still not informed since she was a minor? Why has this case not received the mainstream coverage that it deserves? Is it because she was a Dalit from a small town?

Many are quick to jump in and draw a wedge between the issue of gender and caste identity portraying them as two different and unrelated things. But it’s easy to see the dynamic and the pattern here.

And this is just one case. There are numerous that happen every day in small villages and towns, the news of which dies faster than the victim. Rohith’s death opened up the gates to acknowledging and questioning caste dynamics in the country. Delta’s death should make that debate even bigger.

On April 4, 2016, JNUSU (Jawaharlal Nehru University Students’ Union) gave a call for a protest outside Bikaner House in Delhi. A delegation of four people met the Resident Commissioner and submitted a letter demanding action against the PT coach and the hostel warden.

Following are some pictures of the protest. 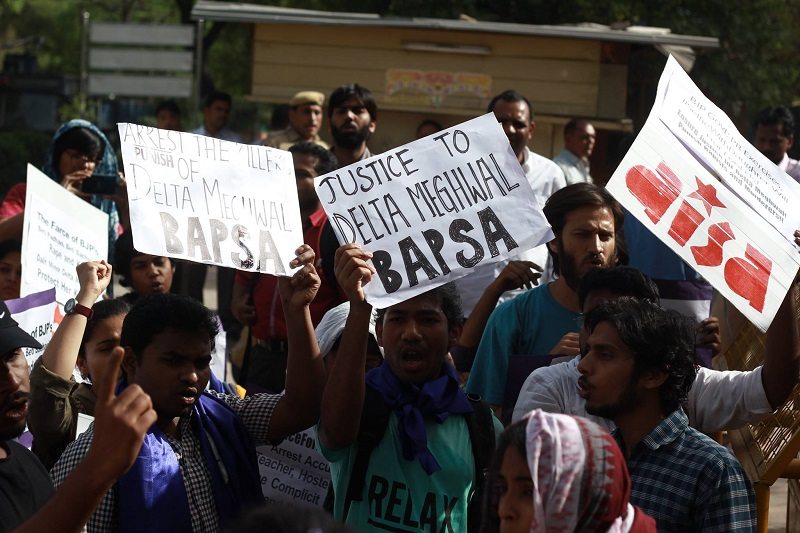 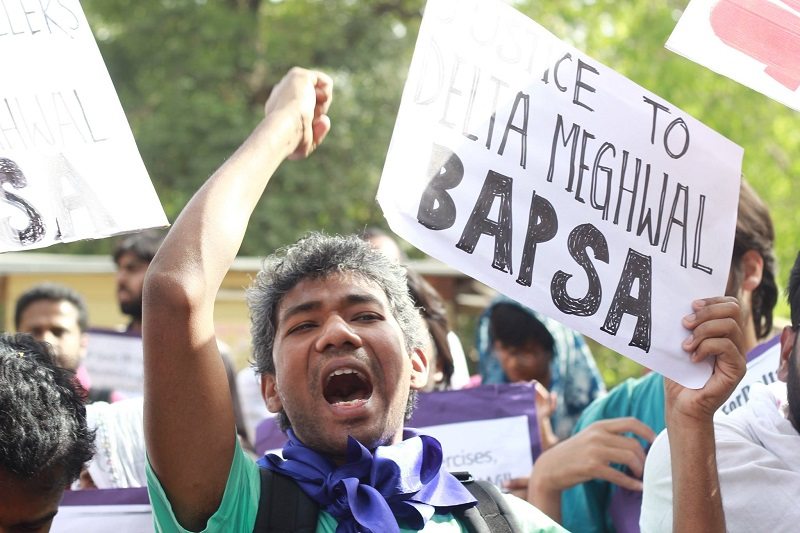 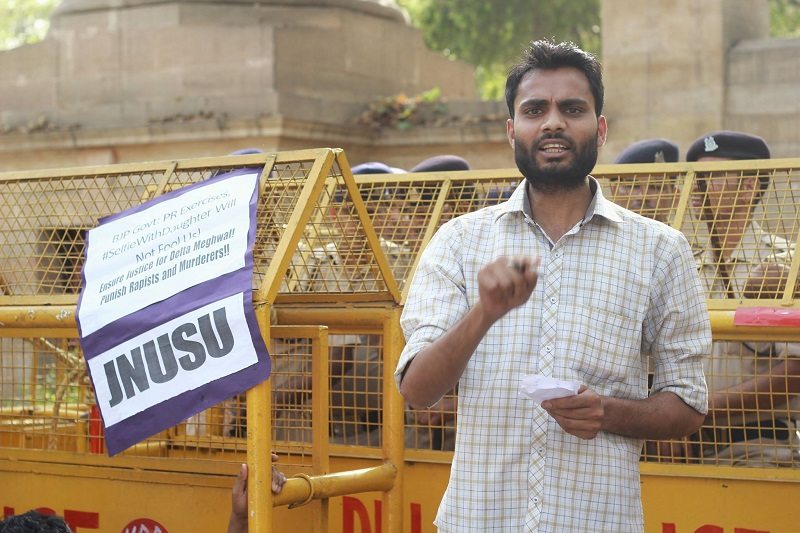 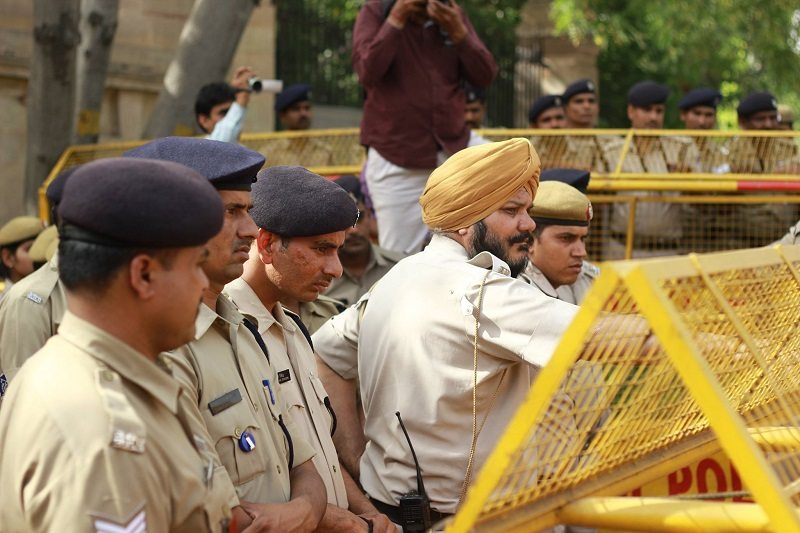 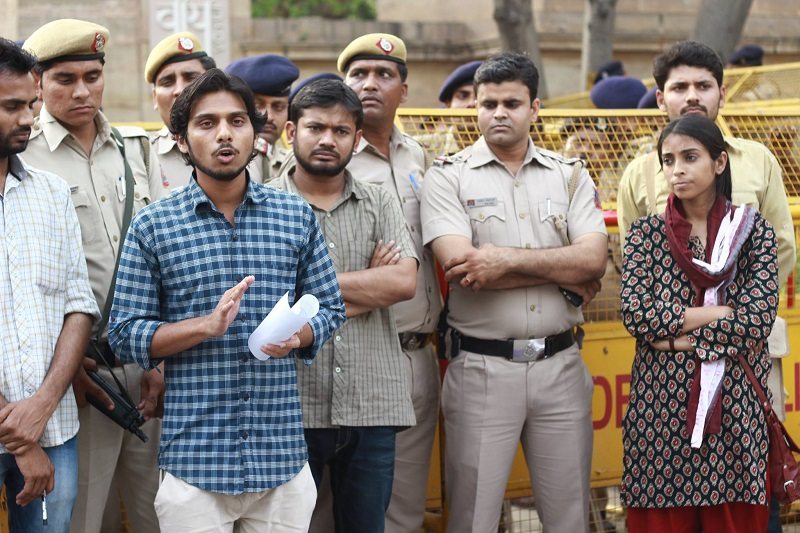 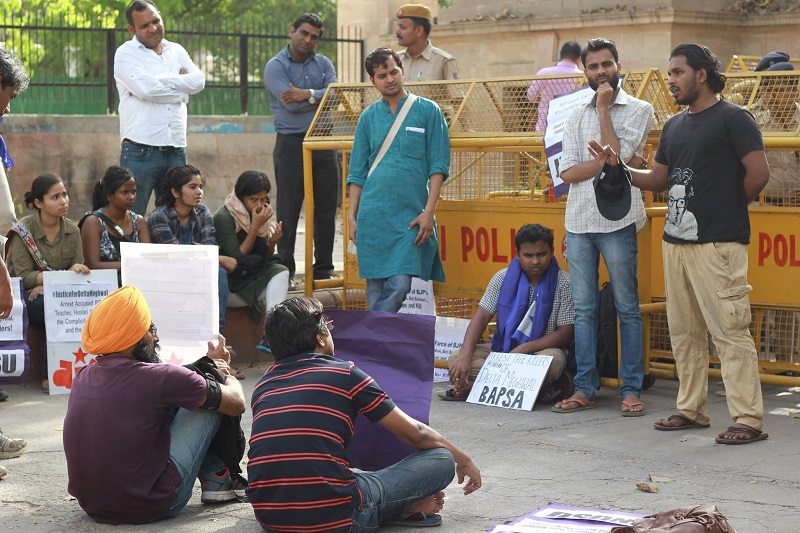 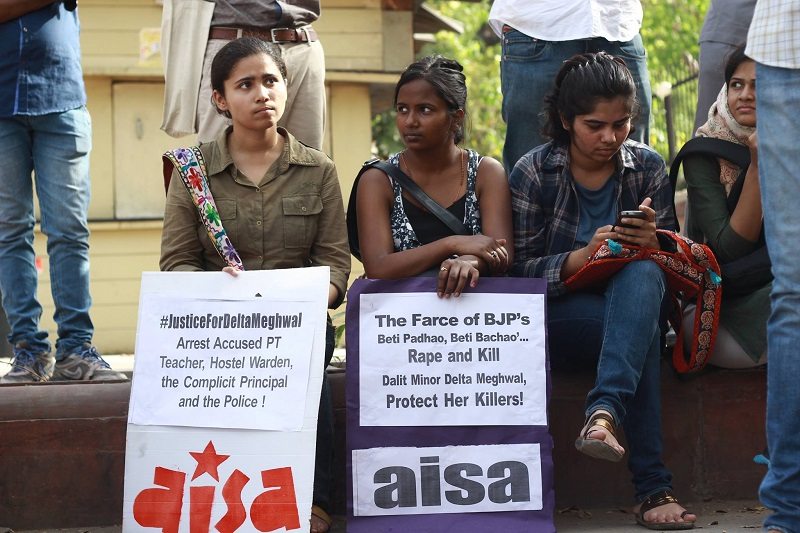 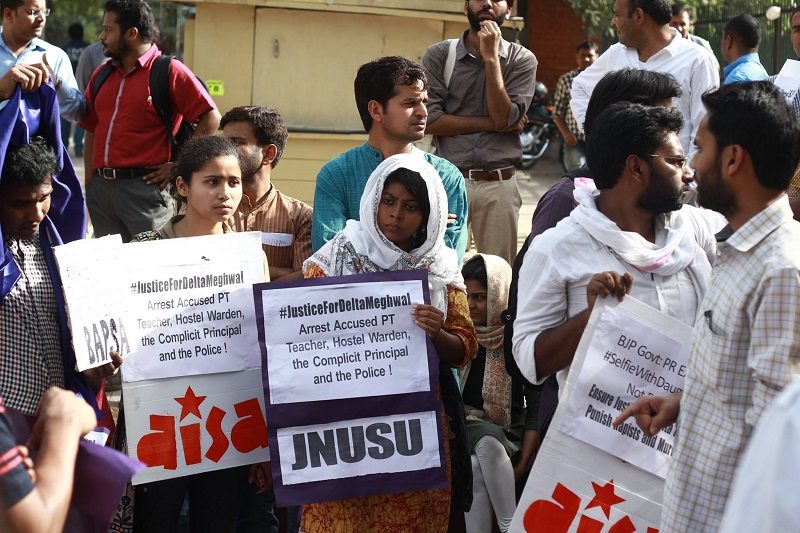