9 Bold Posters That Shatter ‘The Silence A Menstruating Girl Learns’

By Sreya Salim in Menstruation

Silence is the first lesson a girl in India learns once she steps into ‘womanhood’. From sanitary napkins meticulously covered and kept away from public sight to an endless list of menstrual myths, society considers menstruation a dirty subject rather than a normal physiological process vital in sustaining life. During their cycle, women are very often barred from entering temples, kitchens or even going to school. They are considered ‘filthy’, ‘sick’ and ‘cursed’. Due to this dark shroud of silence around periods, many women suffer in silence. A major part of the female population doesn’t have access to safe menstrual hygiene products or reliable information about their bodies. A large number of girls refrain from seeking treatment for gynaecological problems due to these taboos. The psychological stress a girl goes through due to menstruation being a taboo topic is also an ignored, yet important problem.

It was in this context that the students of Calicut Medical College decided to conduct a micro tale competition on the topic ‘Happy To Bleed’. The aim was to break the silence around menstruation. Entries flowed in from people all over the world. The contest was titled ‘Haiku. The micro tales brimmed with creativity, protest, and hopes. They reflected various perspectives of the problem. People from different walks of the society, including Nikita Azad who initiated the Happy To Bleed movement, came out in support. The fact that most of the entries were made by college students and there was large male participation shows that hopes are high on the horizon. A time when a woman who bleeds will not be looked upon with hatred and fear is definitely not far away. 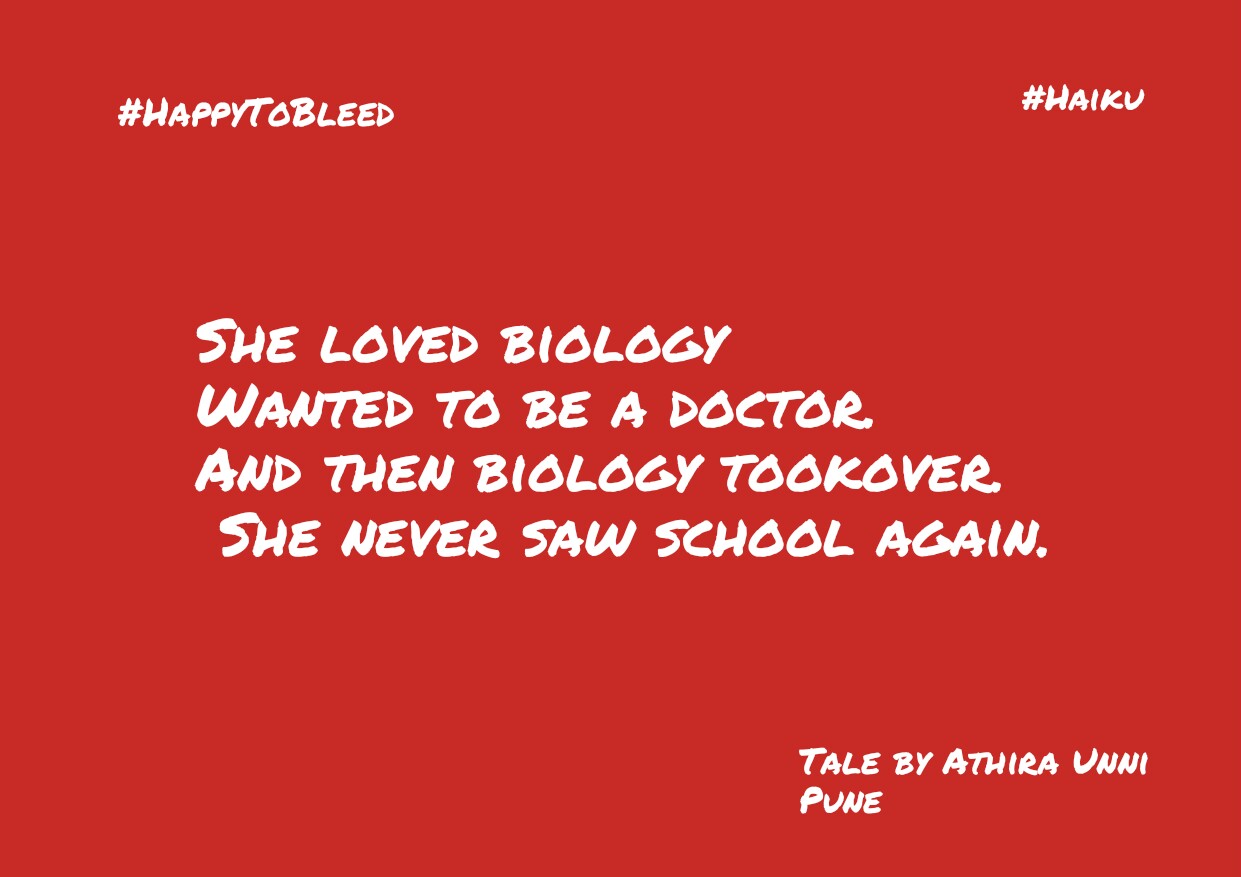 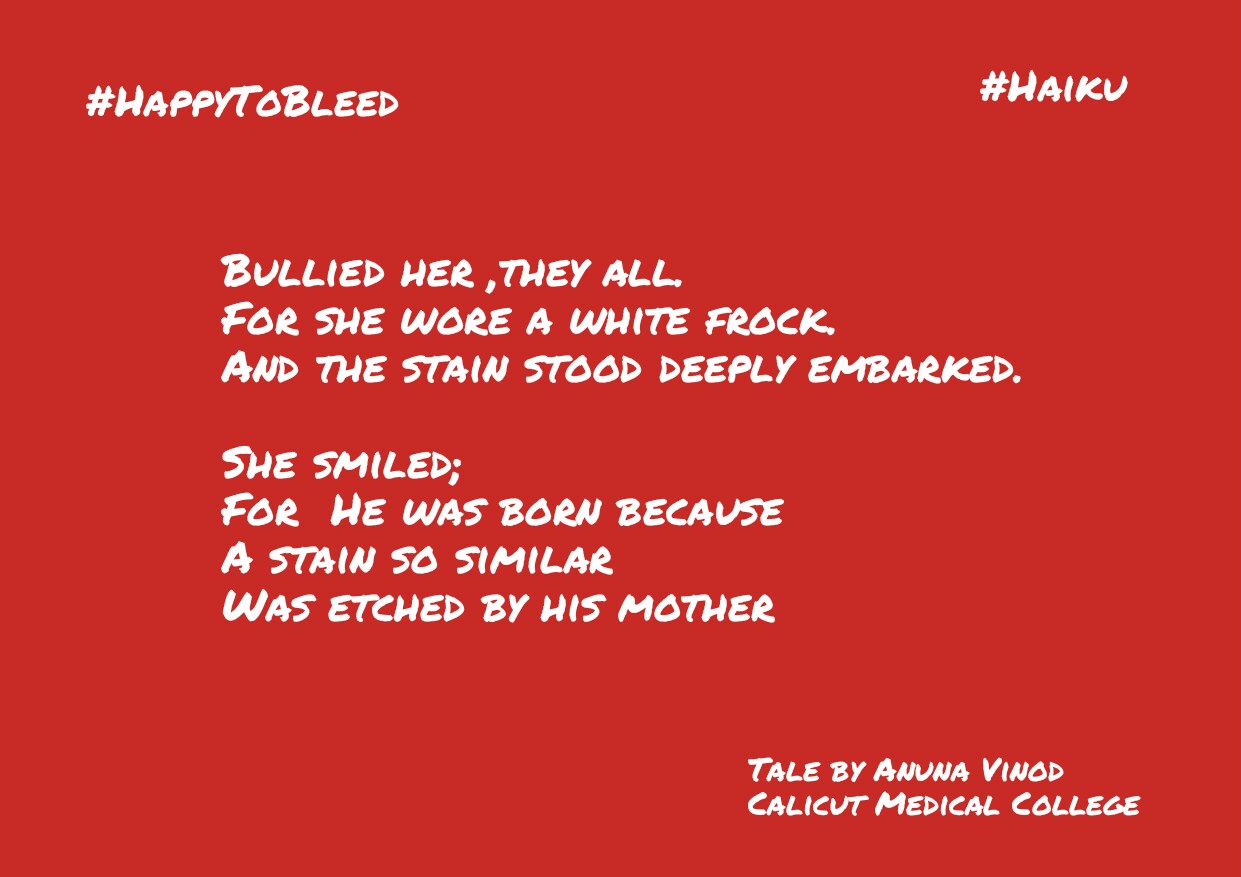 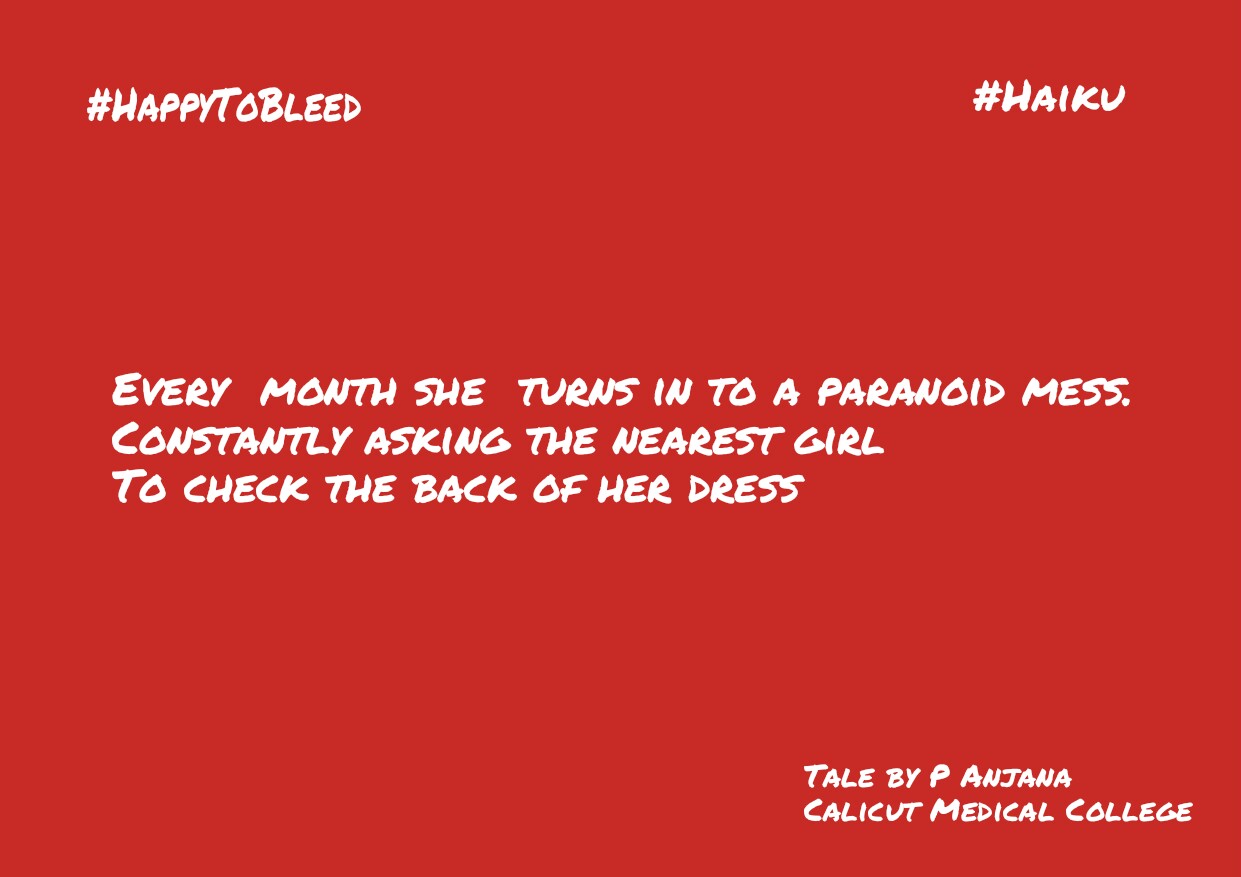 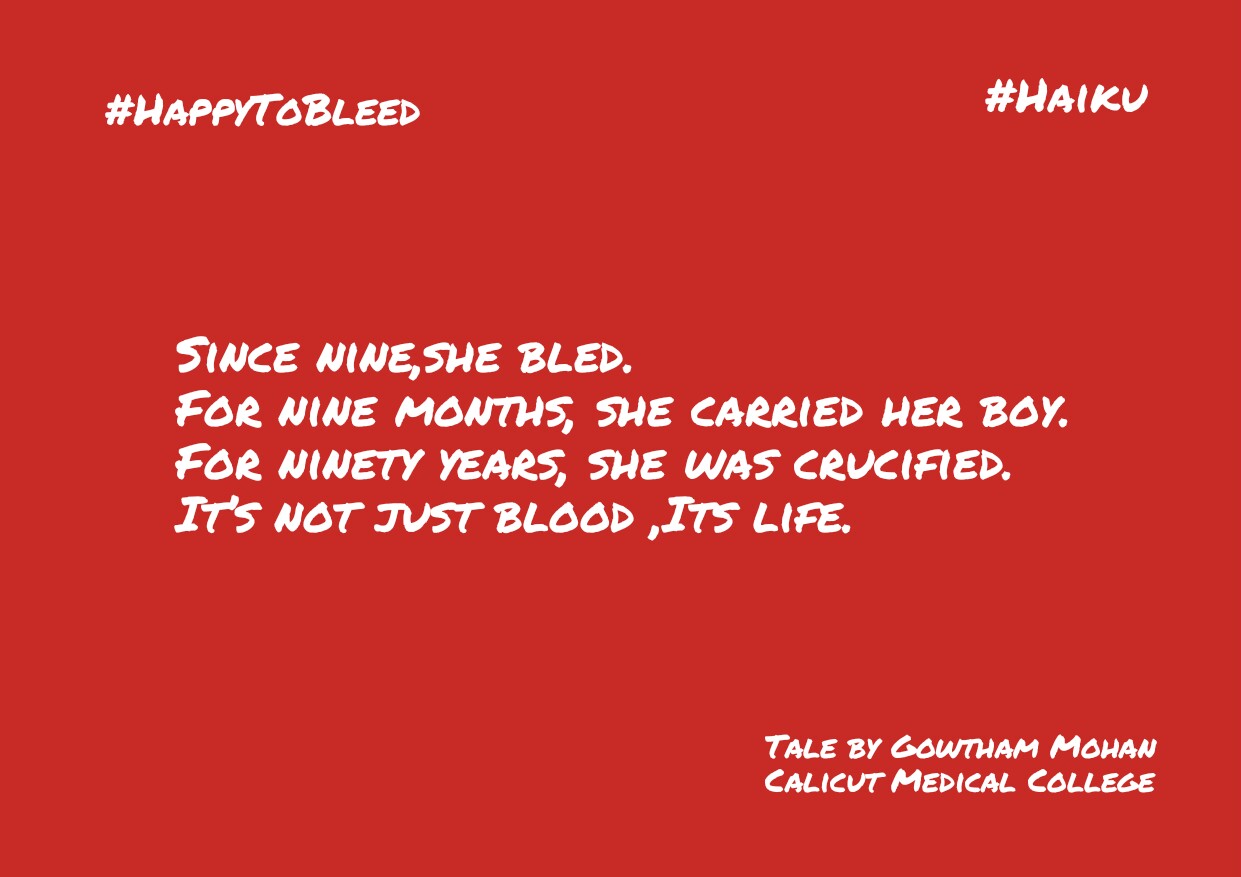 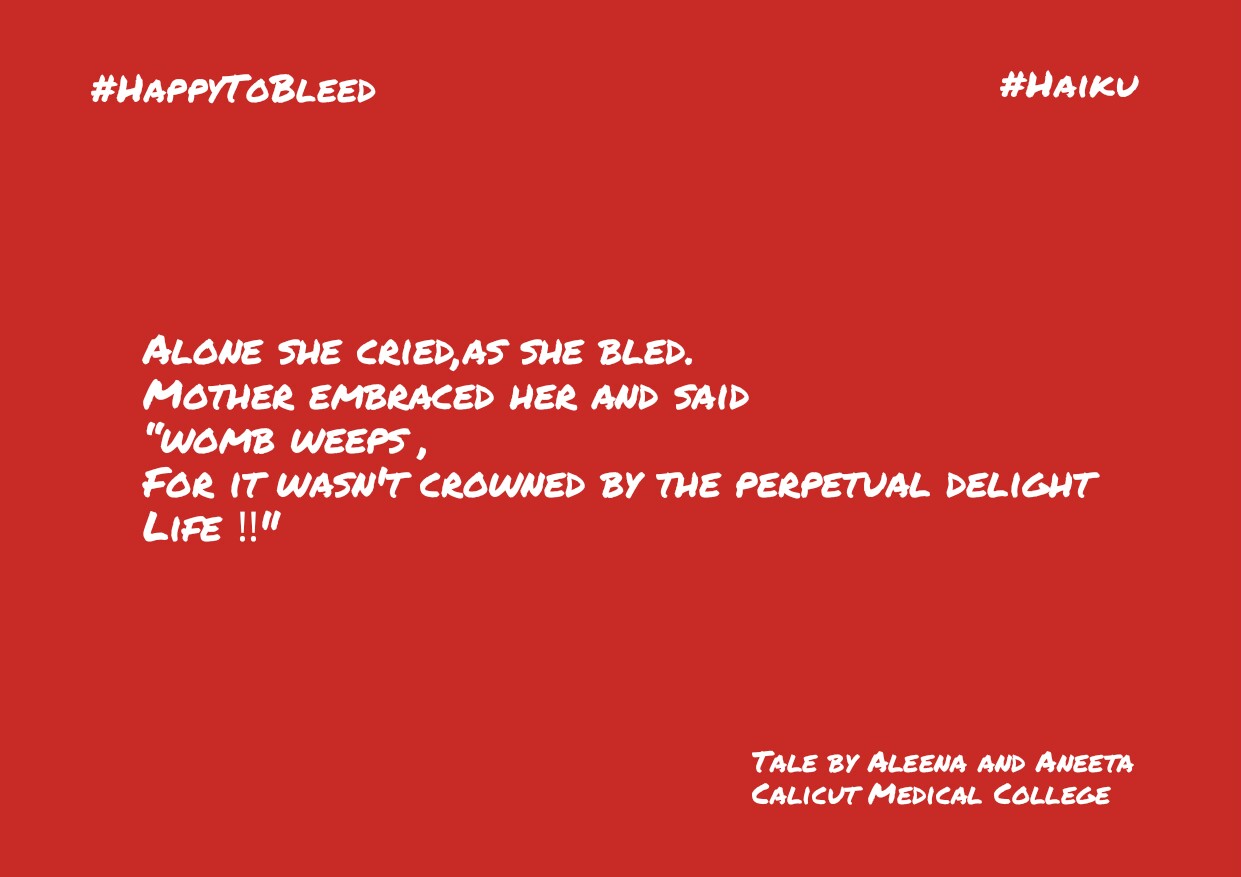 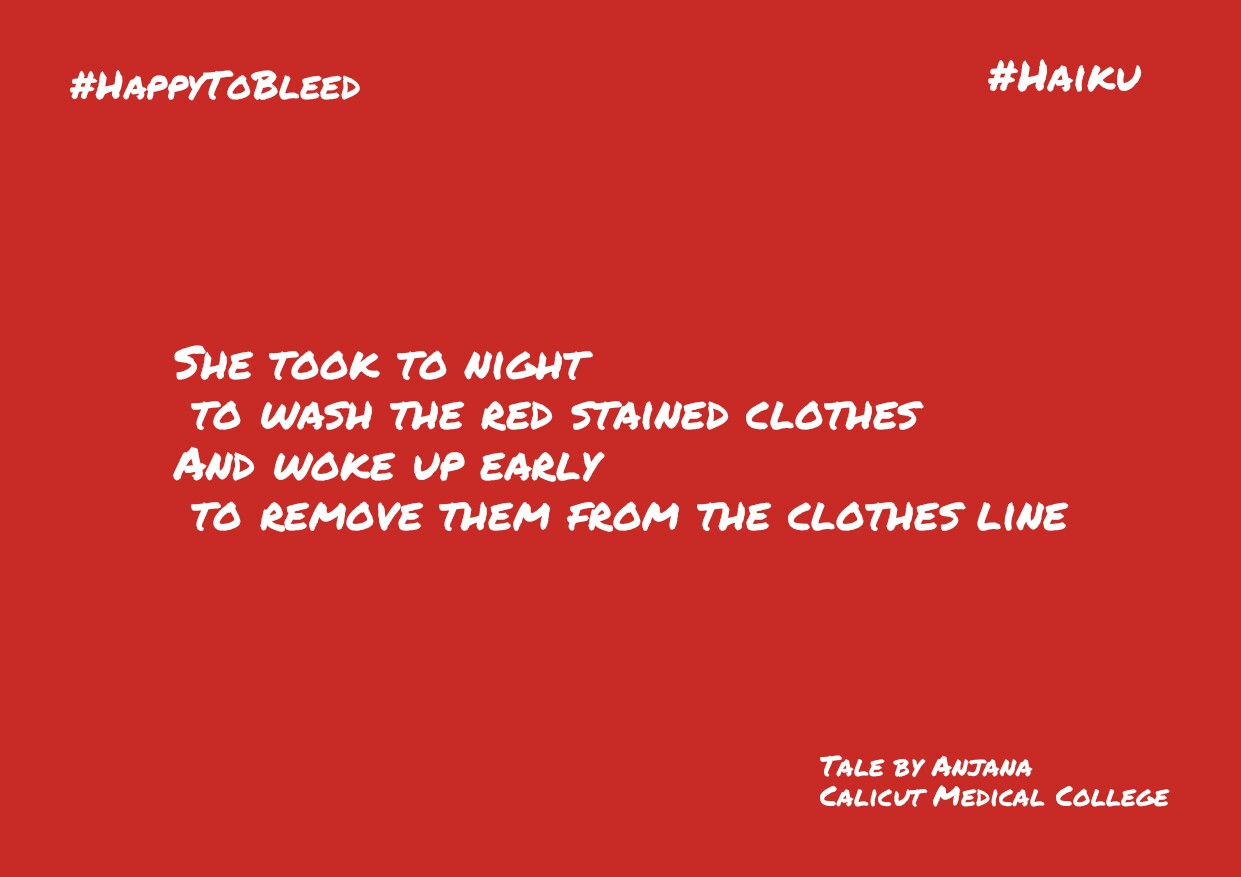 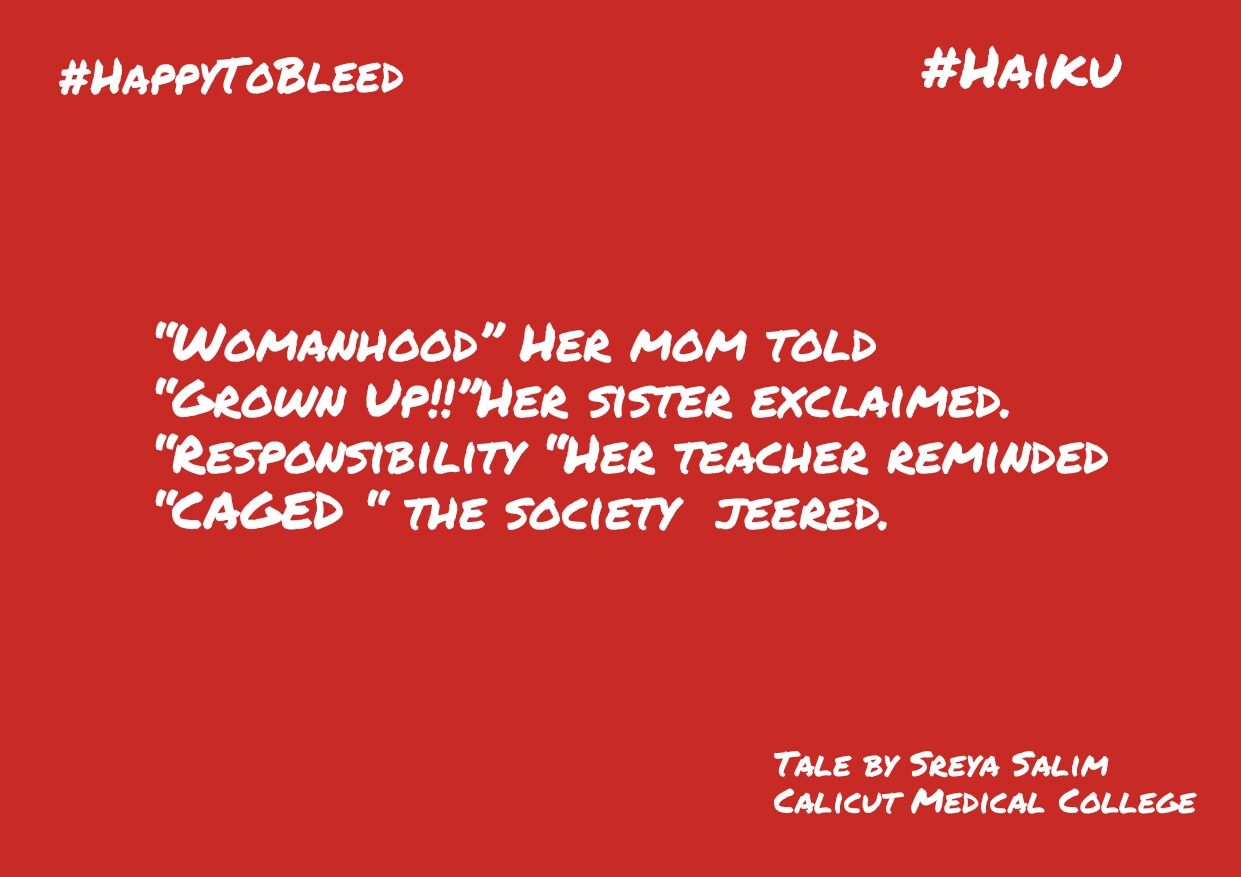 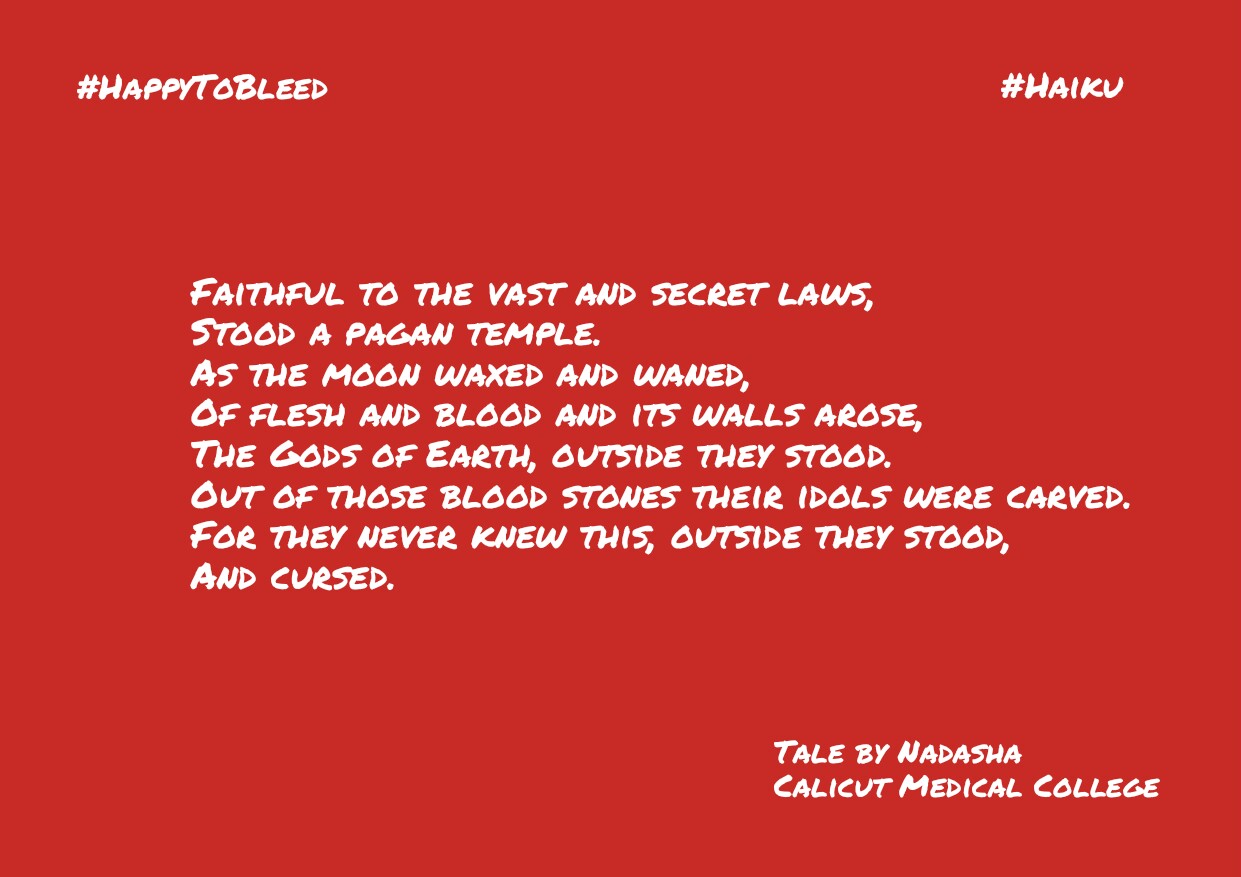 Read Nikita Azad’s article that started the ‘Happy To Bleed’ Movement: ‘A Young Bleeding Woman’ Pens An Open Letter To The Keepers Of Sabrimala Temple

There Are Over 355 Million Menstruating Women In India, Why The Taboo?