By Youth Ki Awaaz in Sexism And Patriarchy, Women Empowerment

Recently, Dainik Bhaskar ran a (cringeworthy) piece titled ‘10 Most Beautiful IAS And IPS Officers In India’. Seriously, they did. They featured women officers from across India and literally just reduced them to face value.

Merin Joseph, Assistant Superintendent of Police of Munnar, Kerala, blasted the piece on her Facebook page and called it “seriously disgusting”. She called it the “propagation of patriarchal structures” and asked a very thought-provoking question at the end: “Have you ever wondered why we never see a list of the most handsome males in the IAS and IPS?”

YES! We’re so glad that Merin really said it for what it is, but here’s the thing – Daily Bhaskar isn’t the only one. We found one by Indiatimes titled ‘Horny men make FB post go viral’ (we’re not kidding), which featured a series of memes titled ‘Sundar Policewali’ (beautiful policewoman). If you dig a bit deeper, you’ll find even more such articles and posts about women police officers but the posts about men police officers are all centred around being ‘strong’ and ‘honourable’. Heck, you look for ‘handsome men police officers’ on Google and you’ll find Priyanka Chopra from “Gangajal” as one of the top image searches.

And just to give some more perspective, the women officers in Daily Bhaskar’s list include the youngest IPS Officer in the Kerala Cadre, an officer who has fought against Bodo militants in Assam, the first female IPS officer the Maharashtra Cadre, the first female IPS officer to become DGP and an officer who headed the Tihar Jail! And despite all of this, to objectify them and describe them in relation to their partners or ‘controversies’ they’re known for is nothing but shameful.

Daily Bhaskar, which is a part of the Dainik Bhaskar group, had a post titled ‘Beauty with Brains: Meet These IAS, IPS Officers of India Who are an Inspiration to Every Woman’ (ugh). 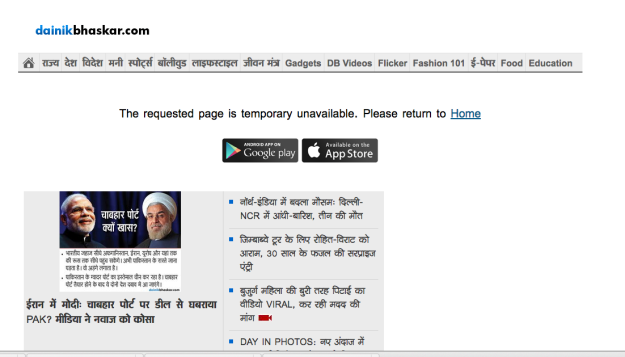 But here’s to you, Merin Joseph! You really showed ‘em.

These UPSC Success Stories Are Important For Us To Truly Understand ‘Struggle’
UPSC 2014 Topper On Why Success Has Nothing To Do With Passing An Exam
I Made Quite A Few Mistakes, But This Is How I Cleared The UPSC Exam At 22

Men Out On A Gedi In A Flashy Car Eve-Teased Me: 3 PU Students Narrate Their Experiences