By Abhimanyu in Campus Watch, PhotoNama

Recently, a clash between students belonging to Left-wing organisations and those from the student wing of the ruling Janata Dal-United (JDU) in Bihar, turned violent and left around a dozen of them injured. Later, the state police arrested a total of nine students over the clash. Out of the nine arrested students, seven turned out to be from left-wing students organisations, mainly, the All India Students’ Federation and All India Students’ Association and the remaining two were from ‘Chhatra Samagam’, the student wing of JD-U; sources in both organisations confirmed to YKA.

The clash occurred as the Leftist students wanted the principal of the College of Arts and Crafts in Patna removed over charges of sexual harassment and corruption. They had demanded his removal before the year-end exams were to be held.

As a reaction to the said incident in Bihar, on June 10, a group of students from Jawaharlal Nehru University (JNU) under the banner of JNU Students’ Union (JNUSU), led by its president Kanhaiya Kumar, organised a protest demonstration outside Bihar Bhawan in New Delhi. However, the turnout was poor and only around 30 to 40 students attended the protest which lasted for not more than five minutes.

The demonstration was foiled due to the massive deployment of security forces, including the Delhi Police and the Rapid Action Force (RAF). The protesters were immediately detained by the police and were taken to the nearby Chanakyapuri police station.

The lack of coordination between different organisations and students and the continuing summer vacation in colleges and universities, were the reasons for this poor turnout, said Rama Naga, a JNUSU office-bearer to YKA. “Most of the students have gone home and it is very hot as well. We tried to get more students in a very short span of time. We will carry forward this battle for students’ rights in the future,” added Rama. 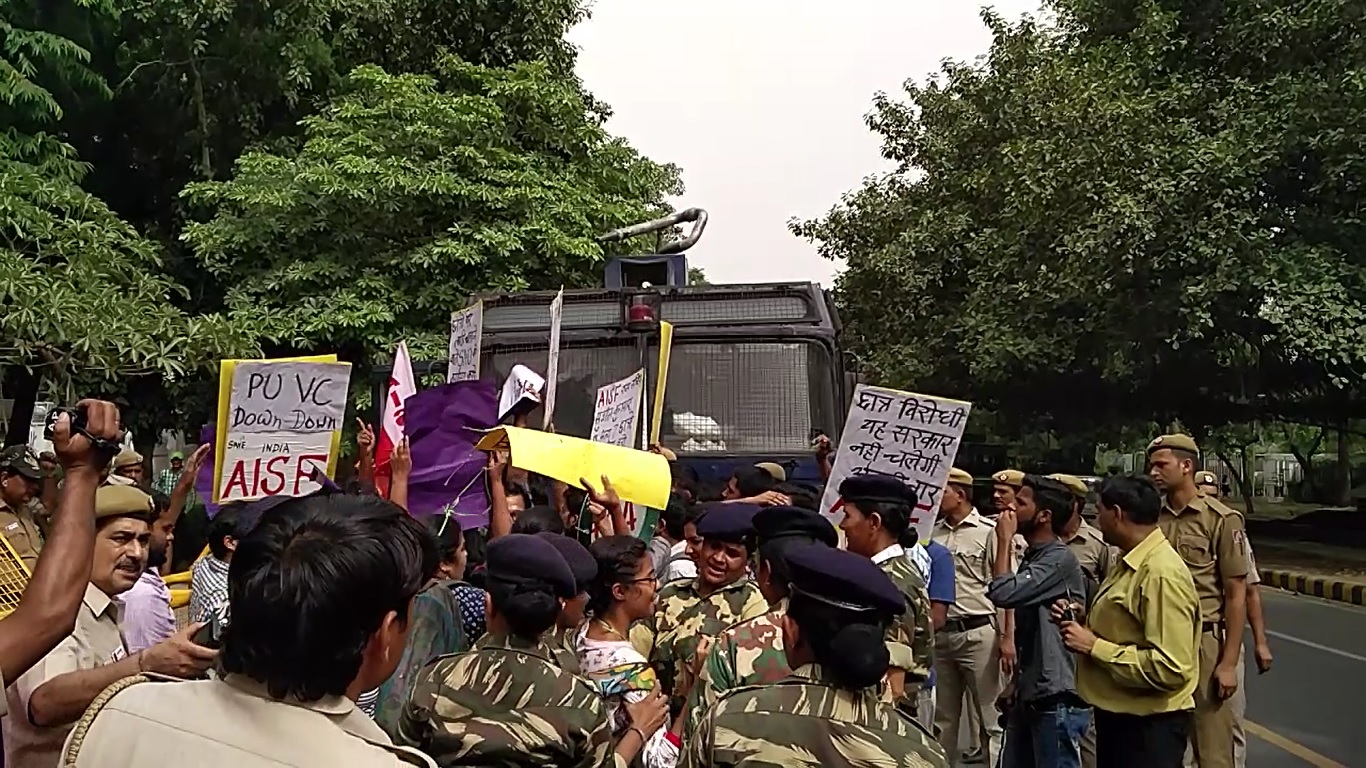 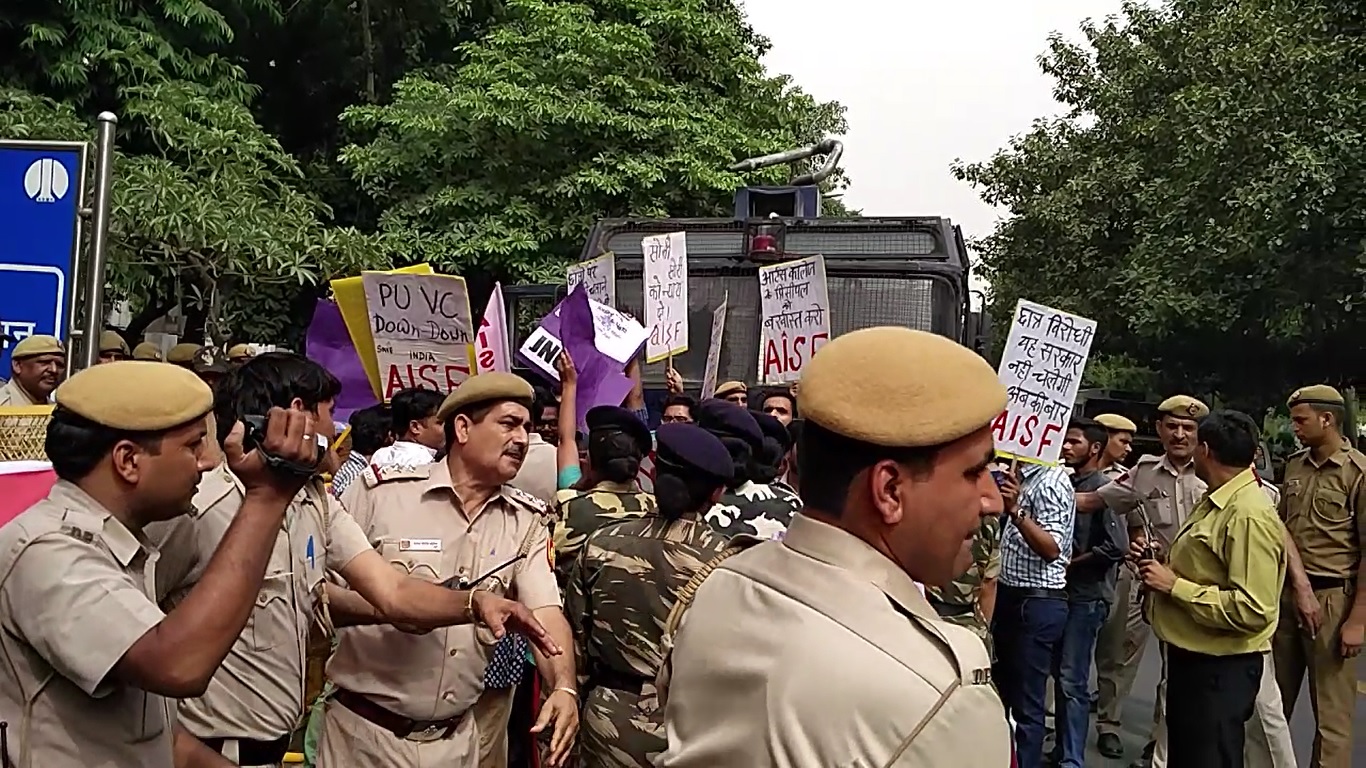 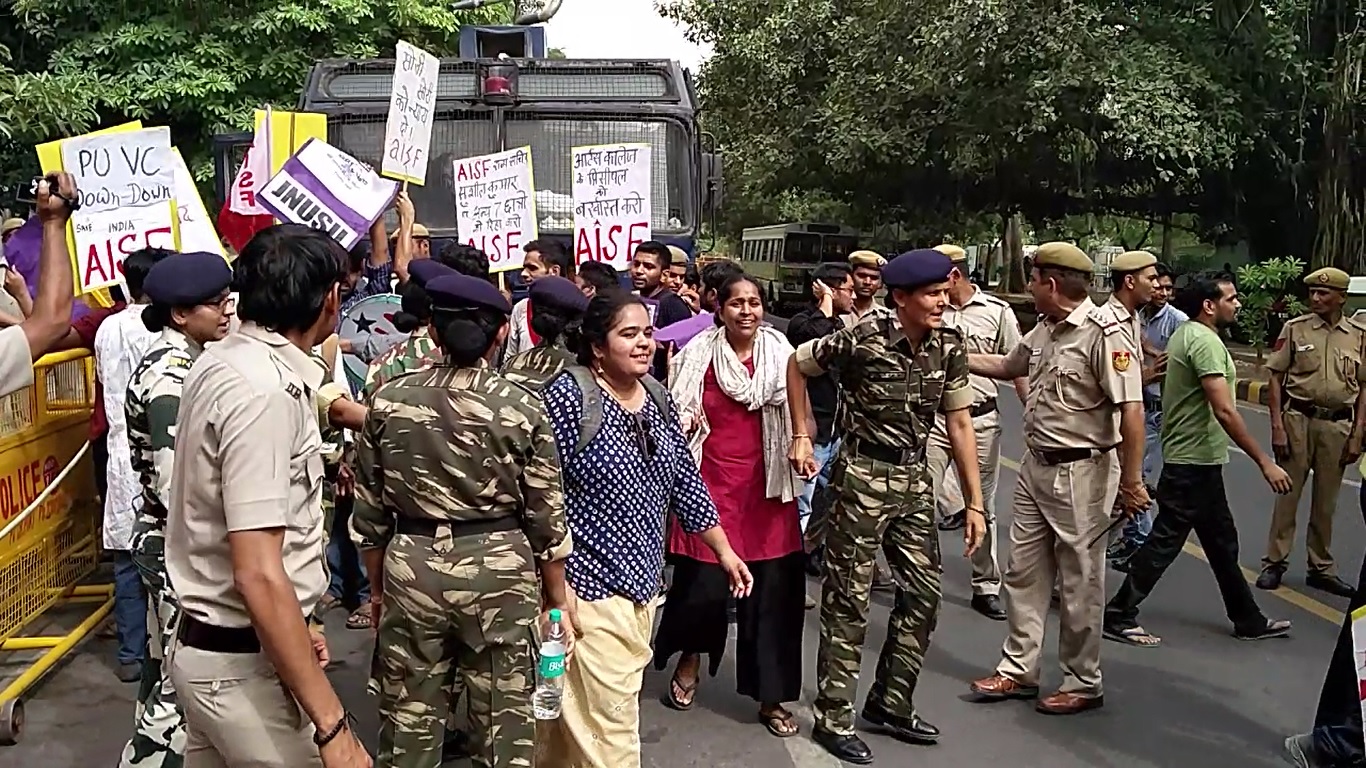 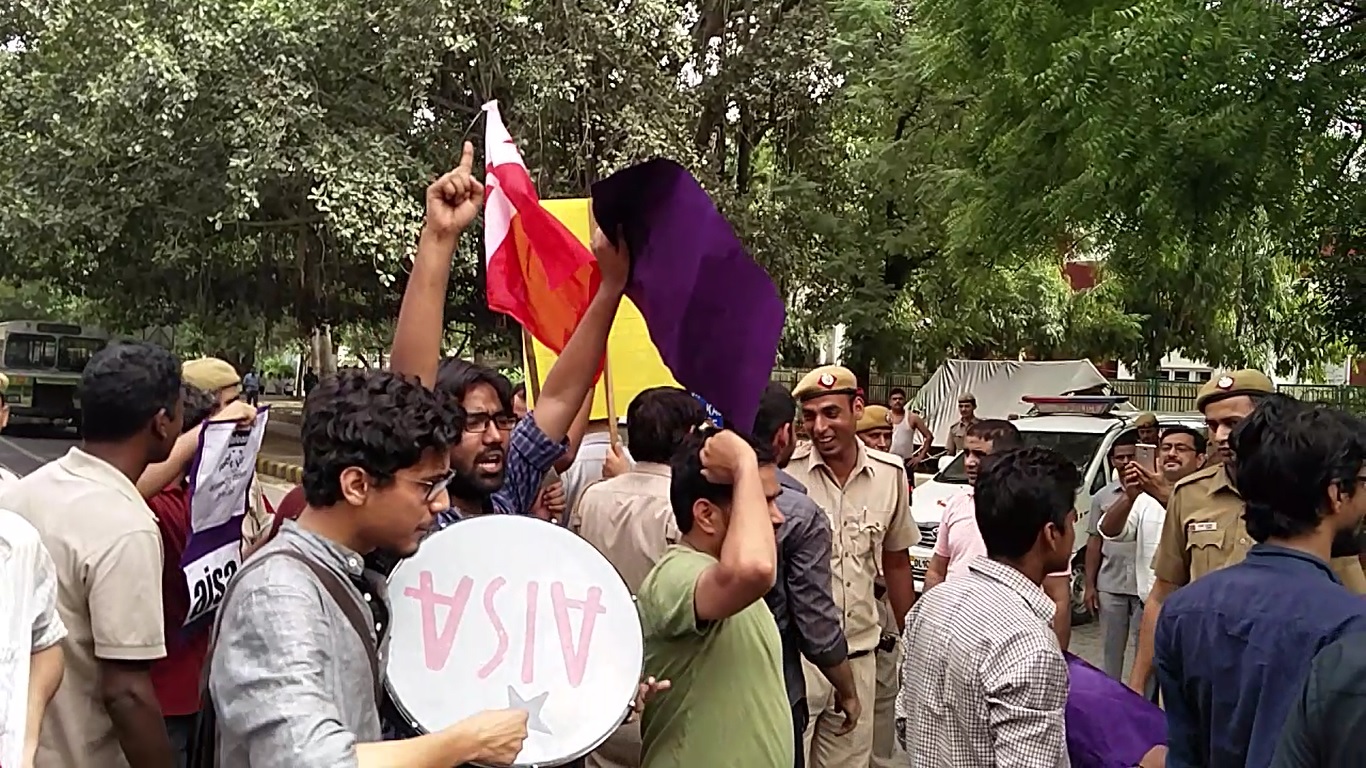 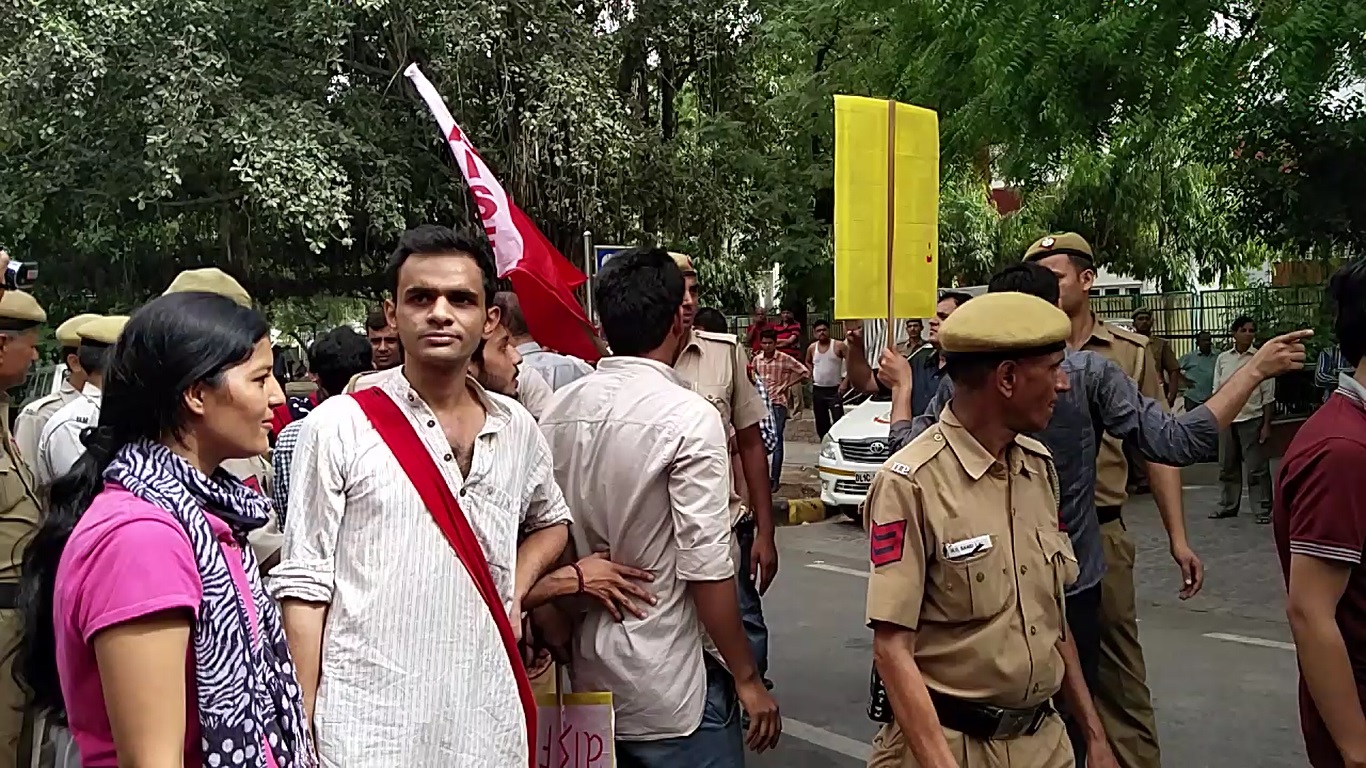 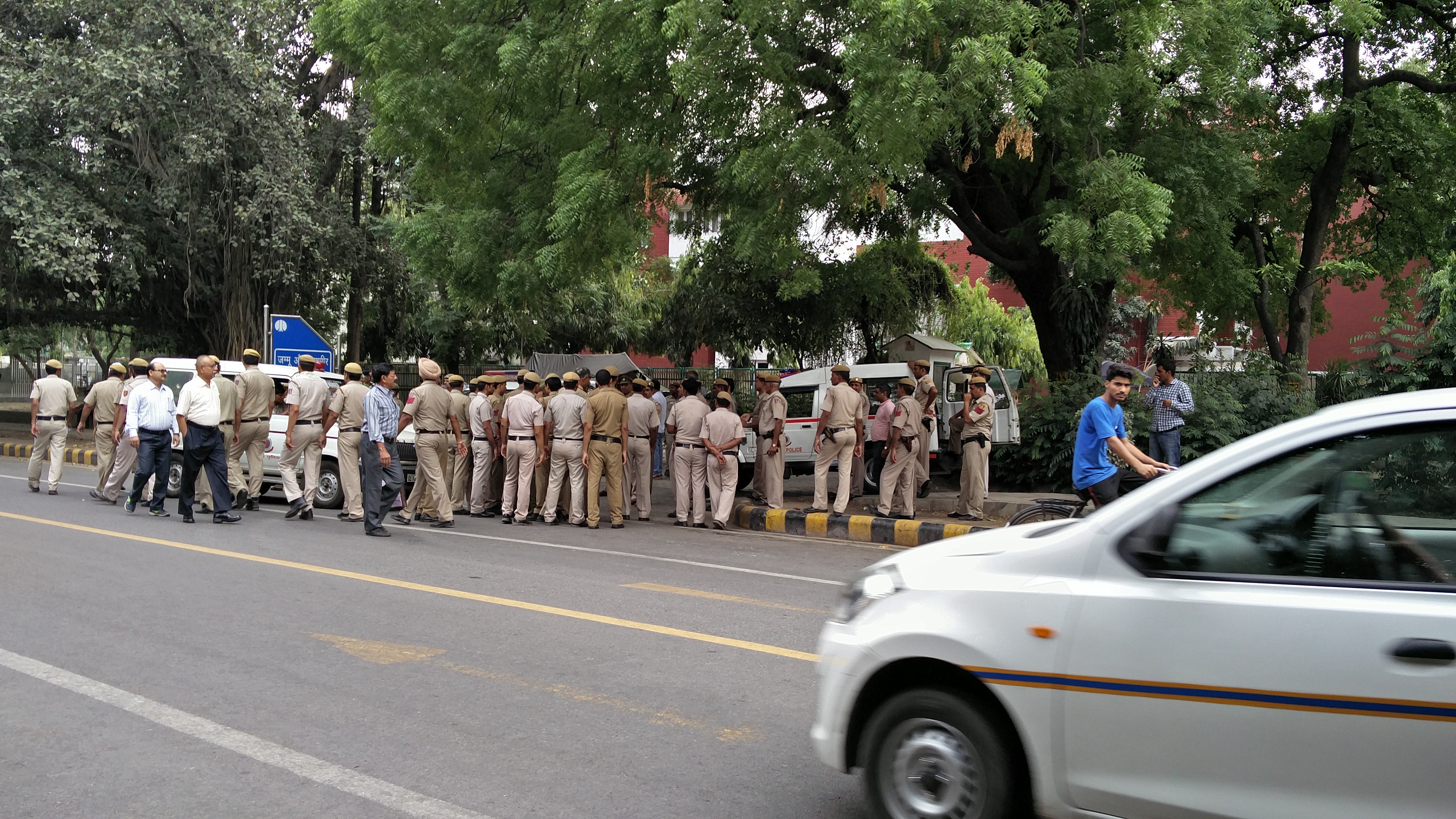 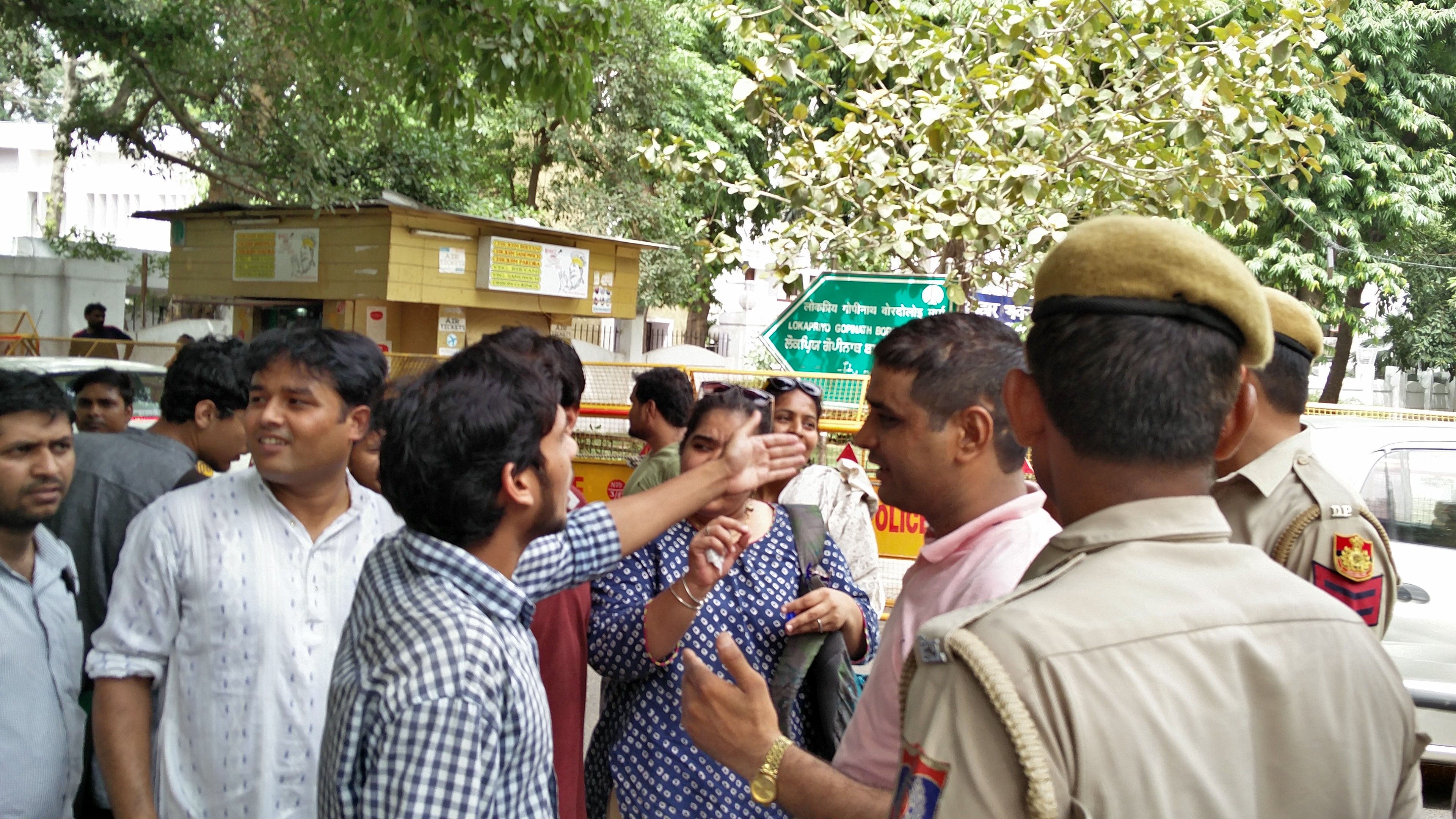 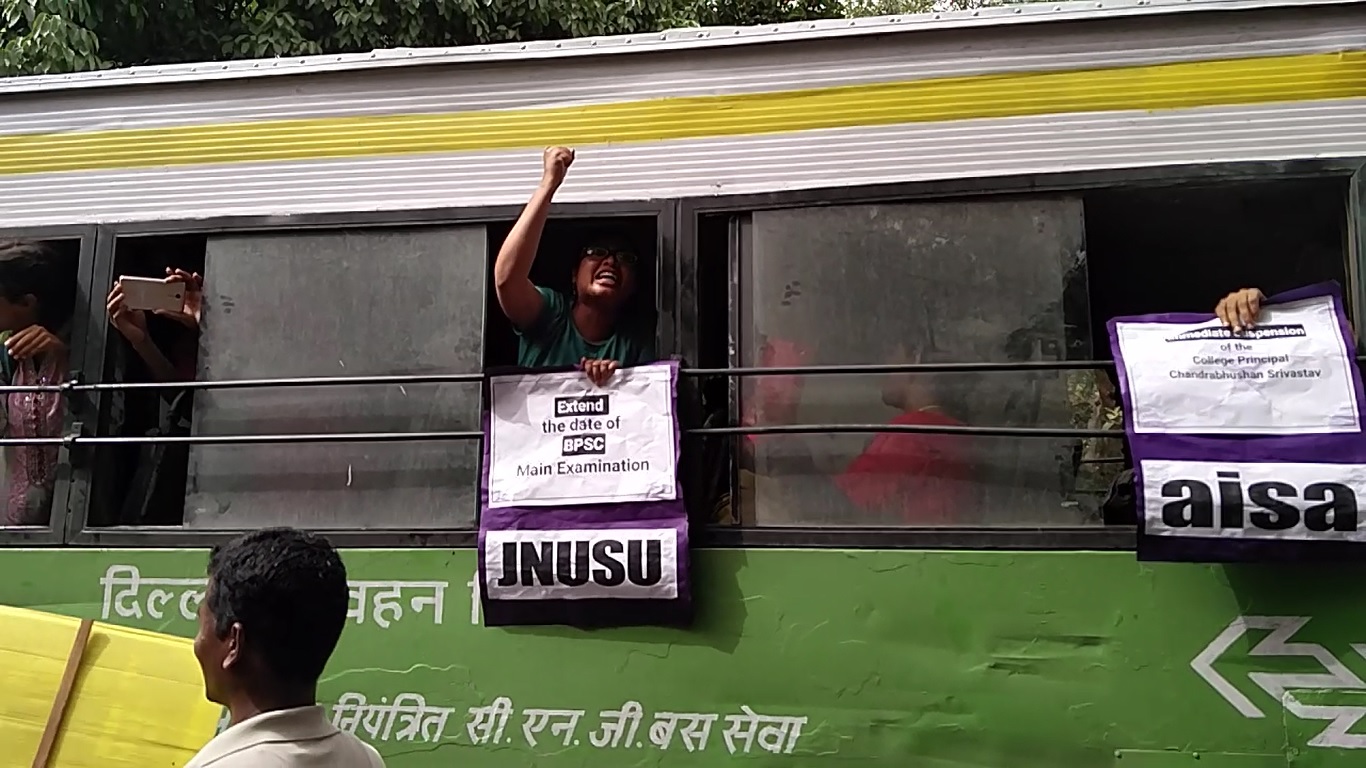 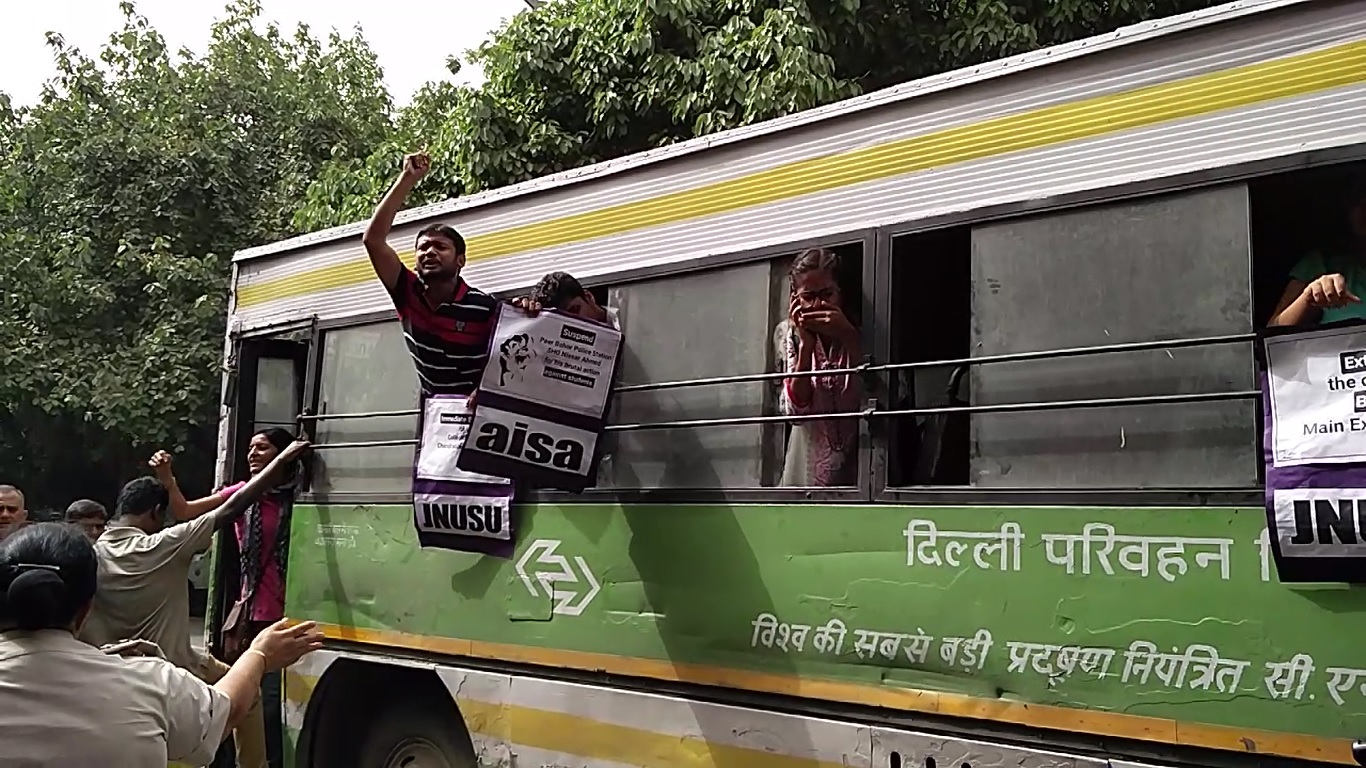