By Merril Diniz in #Access4All, Video

The average Indian family comprises two to three generations (if we’re lucky, four) – babies, senior citizens, teenagers, moms and dads, et al. Now, imagine this family decides to travel together for a family outing – it could be a Sunday visit to the park, museum or beach. They decide to use the bus, an affordable and common mode of transport. But their experience is a disaster and they have to leave some members behind (Don’t believe me? Then watch the film below!).

If you’re wondering why, it’s pretty simple. When we design physical infrastructure or a service, we make choices based on the users we have in mind. But the less informed we are about the diversity of needs and users, the more inaccessible the facility or the service would be. If you look around, you will realise that old and new facilities are designed for access for everyone. Those who design, seem to simply forget that we all have different limitations.

They might even be oblivious to the fact that we ALL deserve to be able to step out and enjoy our Sunday outing together! So, the question we need to ask ourselves is this – when we create products, services, events, spaces and communication, are we really thinking hard about ALL of our end-users?

This question has been asked frequently around the world, and it is now being asked in India, too. In fact, a major milestone in this direction is the fact that our nation’s premier design school, the National Institute of Design (NID) has already embraced this idea. In 2014, NID launched a Master’s programme known as Universal Design, which aims to make designing an inclusive process. In a nutshell, #DesignForAll enables #Access4All!

If this all seems rather confusing and resorts to too much jargon for your taste, just take out six minutes and 42 seconds, to watch this animated video, which shows how something as simple as a bus ride can be accessible to all members in one family, after a universal design intervention! 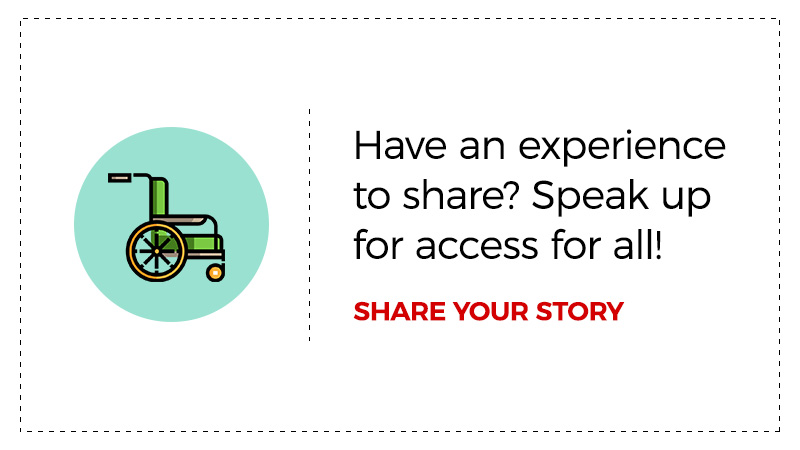