In Photos: People In Kolkata March For Kashmir, Get Threats From Right Wing Groups

Thousands of people came out in a rally in Kolkata on July 14 to condemn the ongoing violence in the Kashmir valley. Human rights activists, various students’ organizations, civil society groups as well as ordinary citizens of the city joined the rally. Even some school students could be seen. Slogans like “Kashmir maange azaadi” and “Manipur maange azaadi” were raised in the rally. There were also solidarity messages on posters from the Bastar Solidarity Network (BSN).

Protesters also demanded AFSPA free Kashmir and Manipur, meaning that the heavy deployment of armed forces in the two states be removed and the impunity they enjoy under the Armed Forces (Special Powers) Act be revoked.

A protester said that after the announcement of the rally, the protestors had received a number of threats from groups of  right-wing people . There was also a call for a ”direct action day” by them and they assembled at College Street, where the protestors too had gathered. Due to a heavy deployment of the police force, the protest site remained non­violent and the protesters marched from College Square to Sealdah station, although the police did not give the permission to march on the pre­-decided route. Rallies are usually held in Kolkata from College Street to Shyambazar, which was also the pre-decided route for this protest.

Chanting “stand with Kashmir”, “stop the killing”, and “demilitarise Kashmir”, the protesters also carried placards bearing the names of those killed during the unrest that has engulfed the Kashmir Valley after the death of the militant commander Burhan Wani.

Photos from the protest: 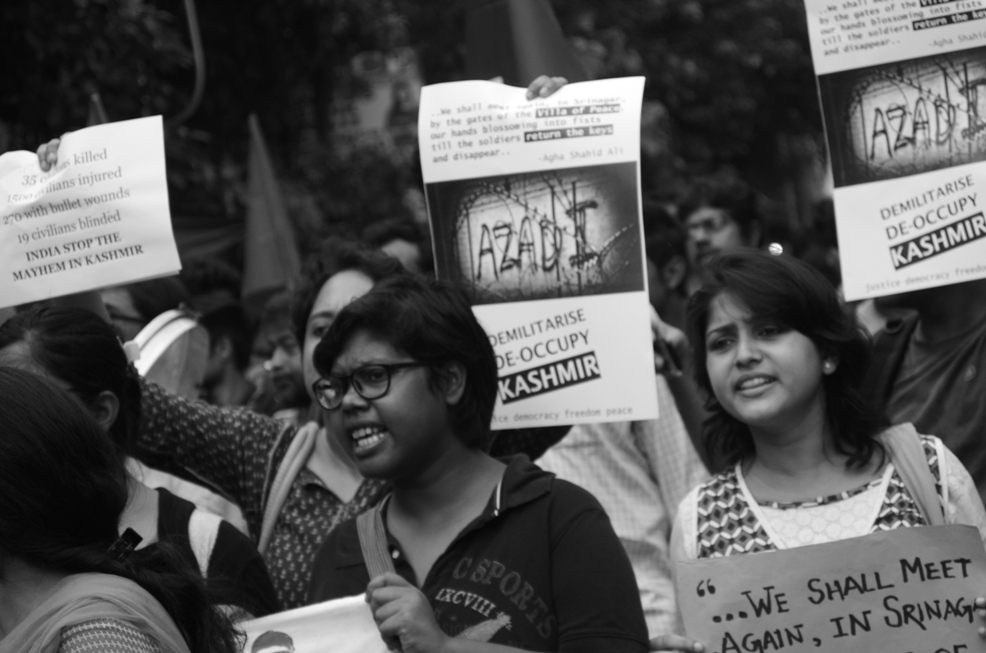 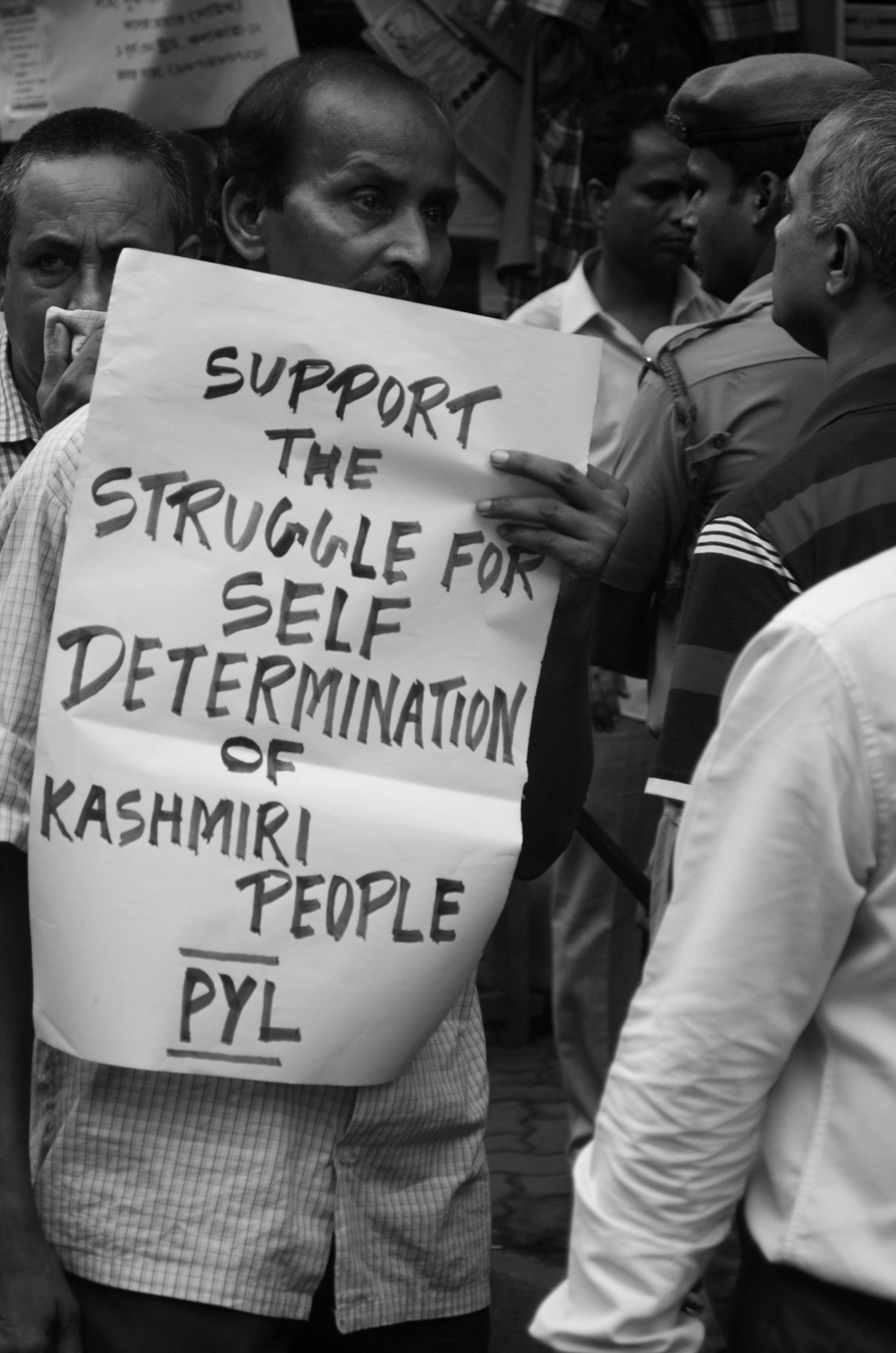 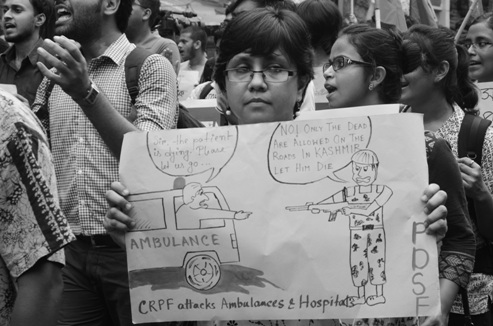 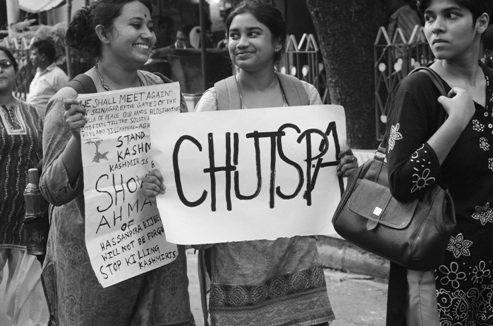 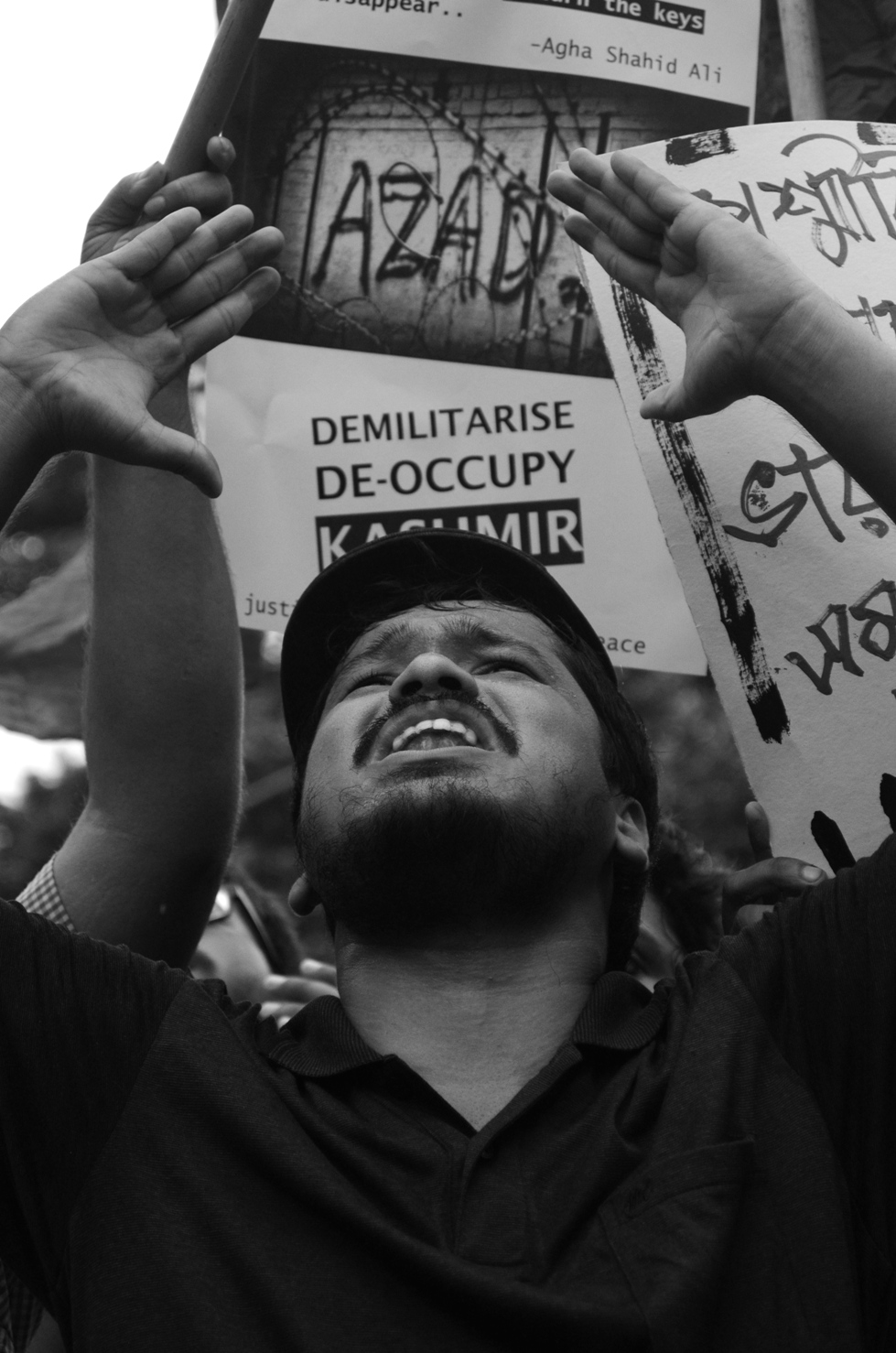 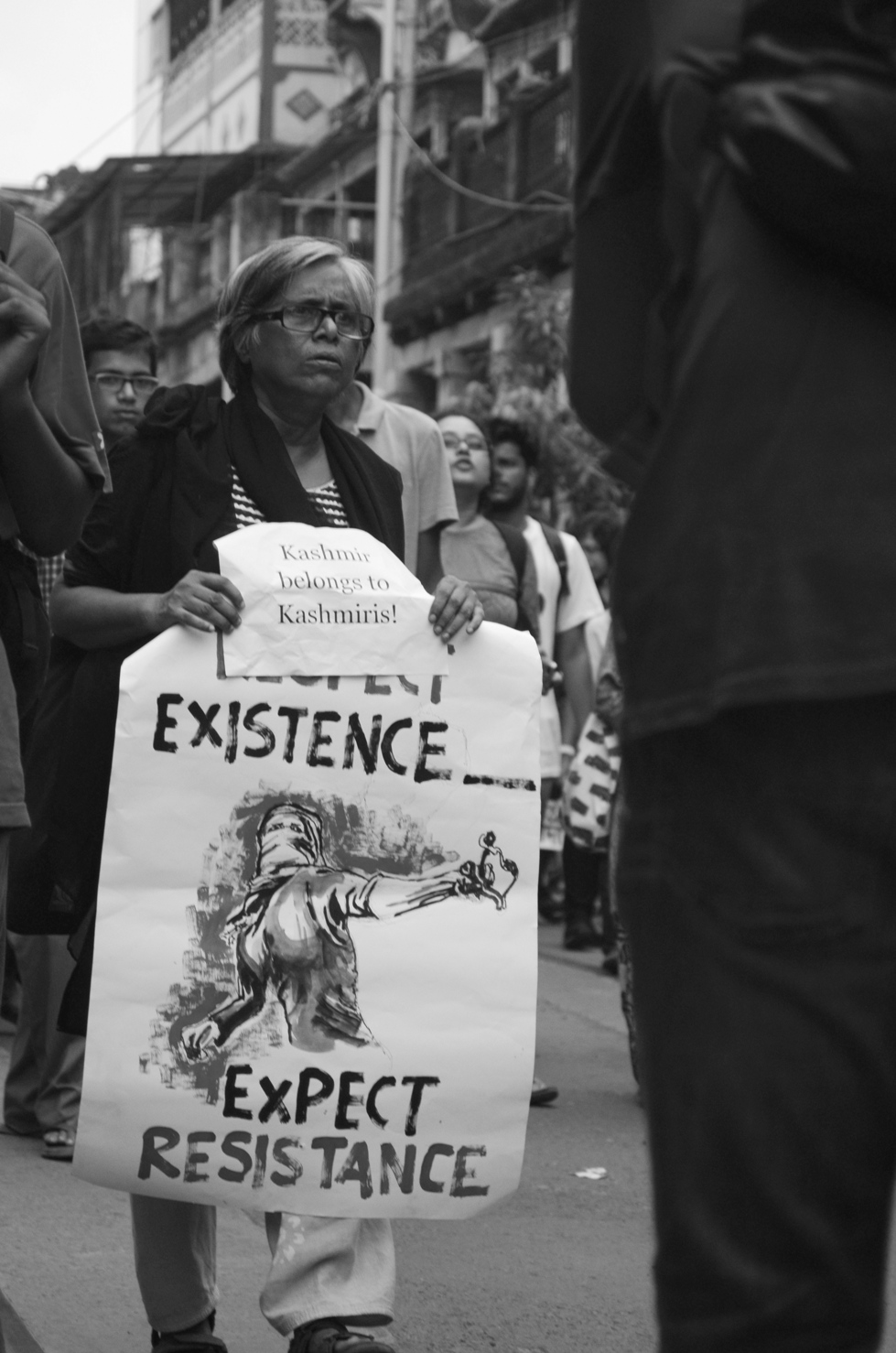 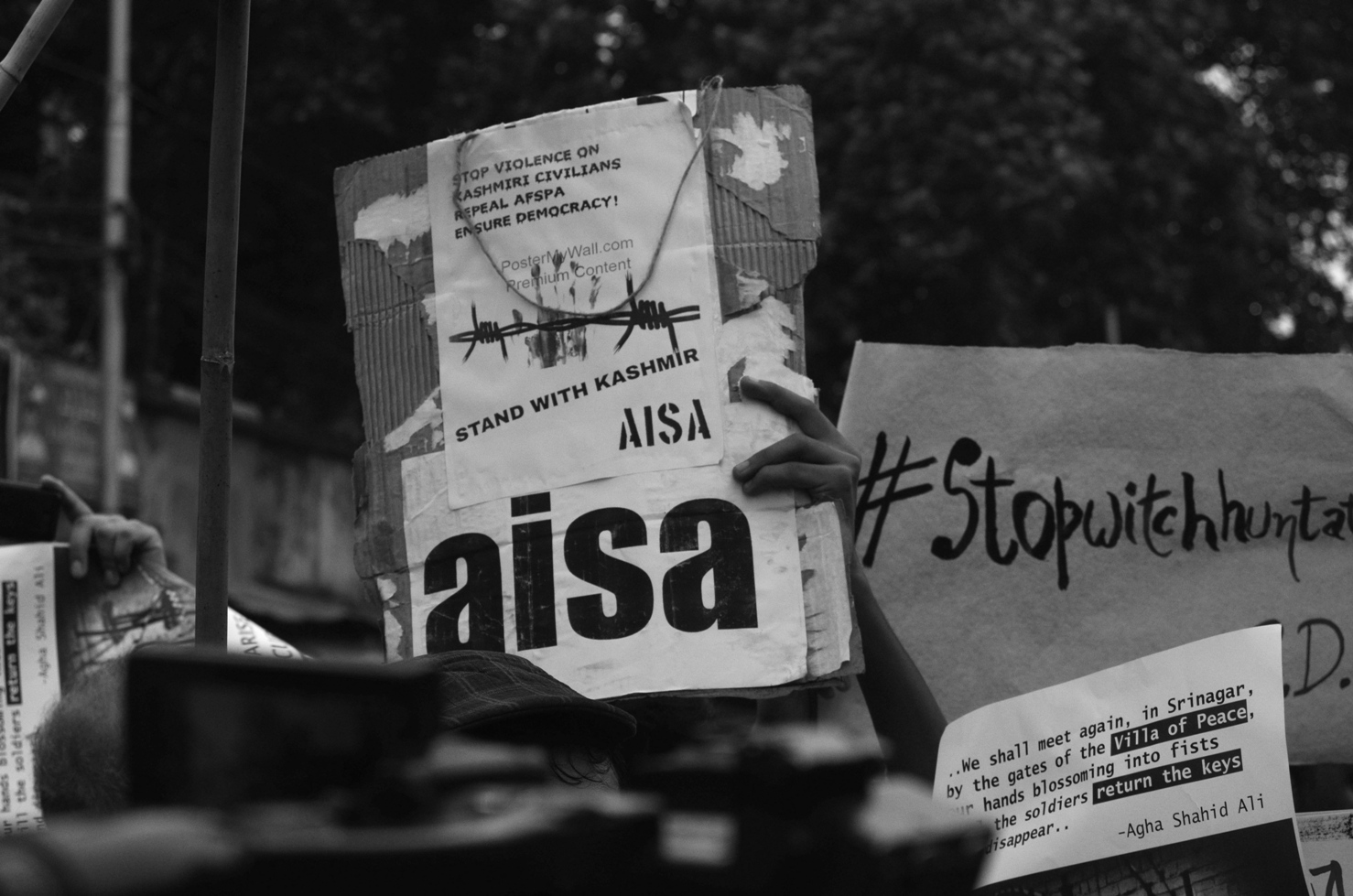 Bring Your Books, Hijab And Haya To School

Locked Down Since August 2019, How Are Kashmiris Coping Amid Violence And Second Wave?

Poem: In Kashmir, Our Green Overshadows The Dread