By Amrita Singh in Campus Watch

On the morning of August 17, students and alumni of Amity Law School, Delhi, protested in front of the college against administration for the alleged harassment which provoked Sushant Rohilla, a 3rd-year student, studying at Amity, to commit suicide.

According to Keshav Datta, an alumnus of the institute who is actively participating in the protest and has been speaking to the media about the case as well, the protest saw around 350 participants, including the deceased’s father, uncle and sister, Mehak Rohilla, amongst others. There was a protest yesterday as well, but the participants and media persons present, were more in number today. The protesters had signboards that read “Justice for Sushant” and were demanding resignation of the institute’s Director BP Sehgal along with a professor, Dr Isheeta Rutabhasini, who allegedly harassed Sushant for having low attendance and subsequently detained him. 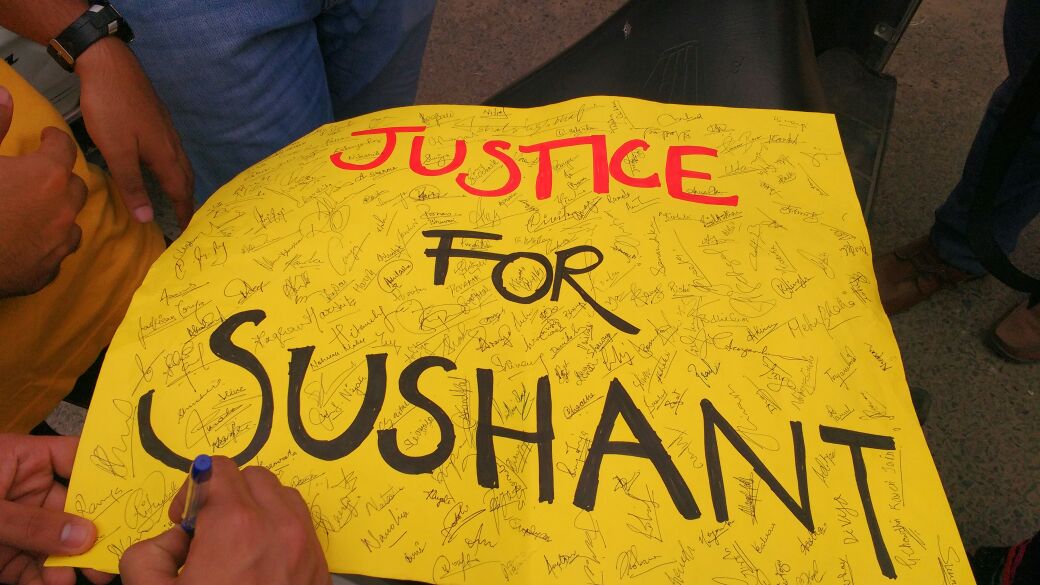 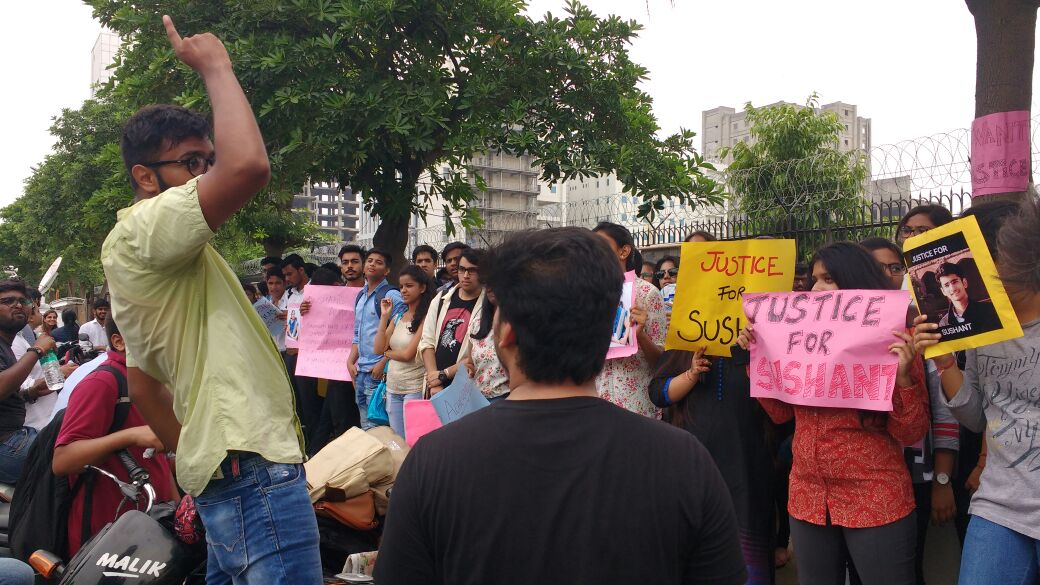 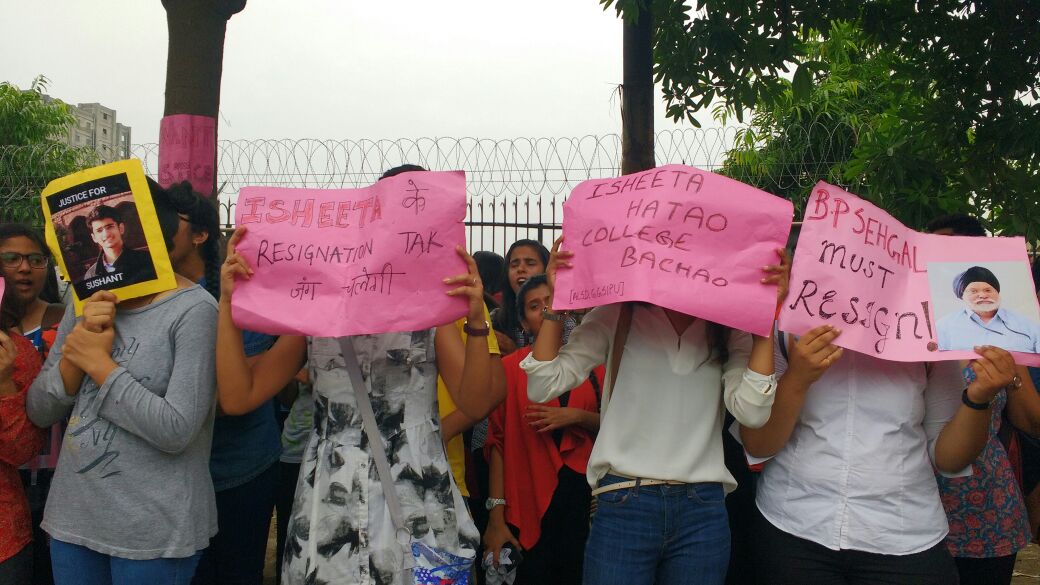 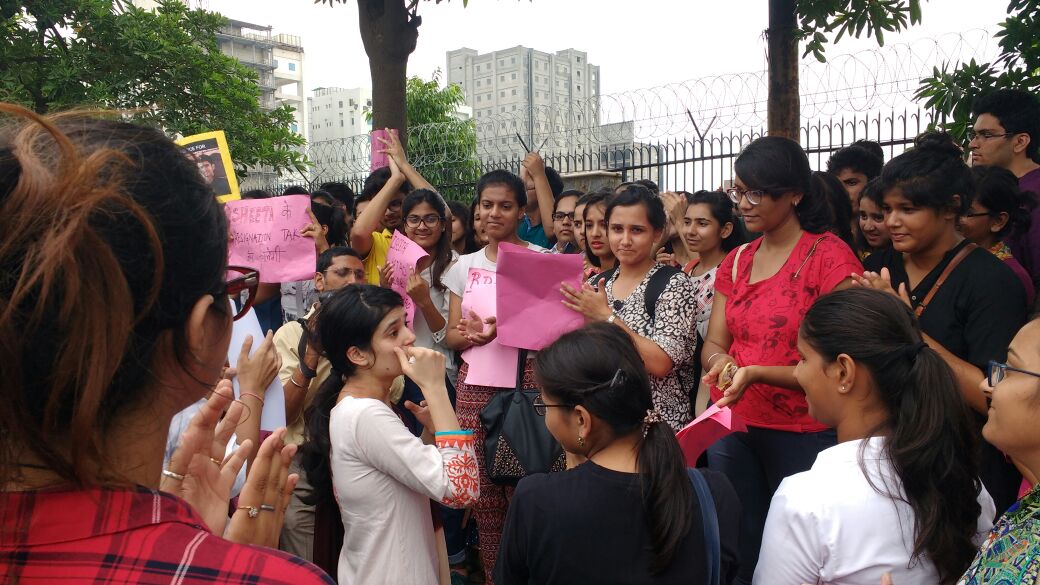 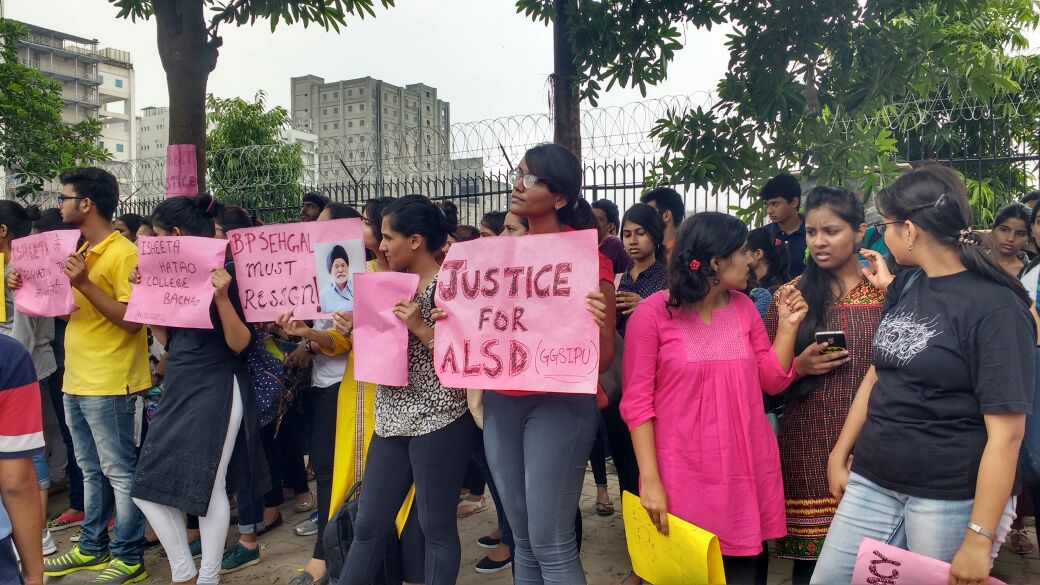 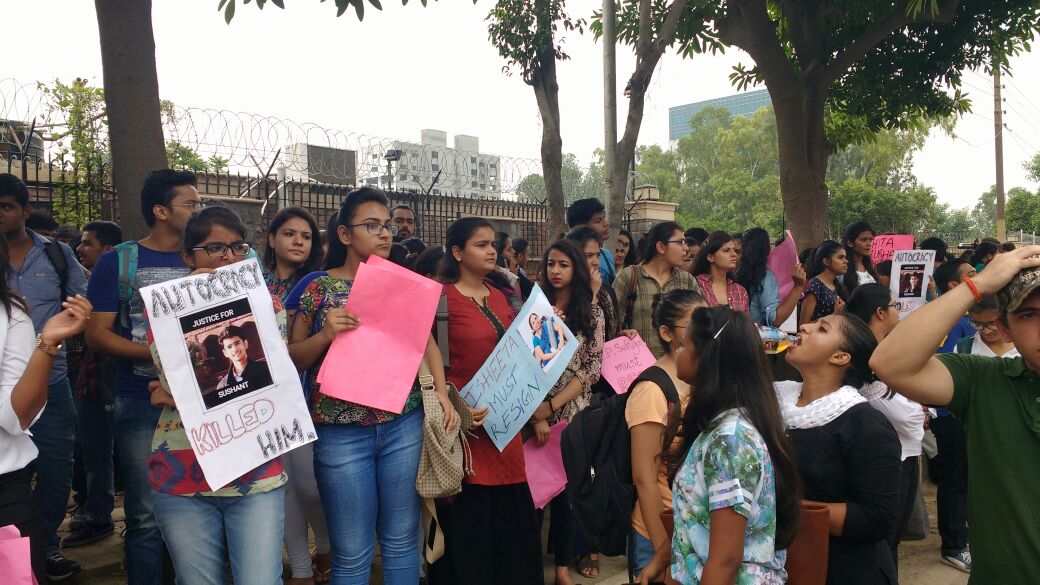 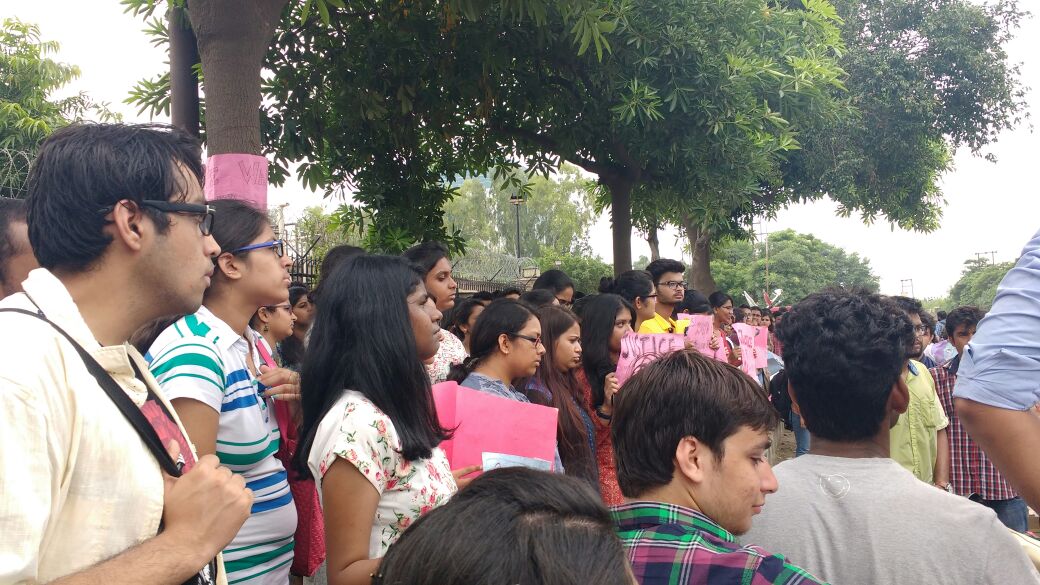 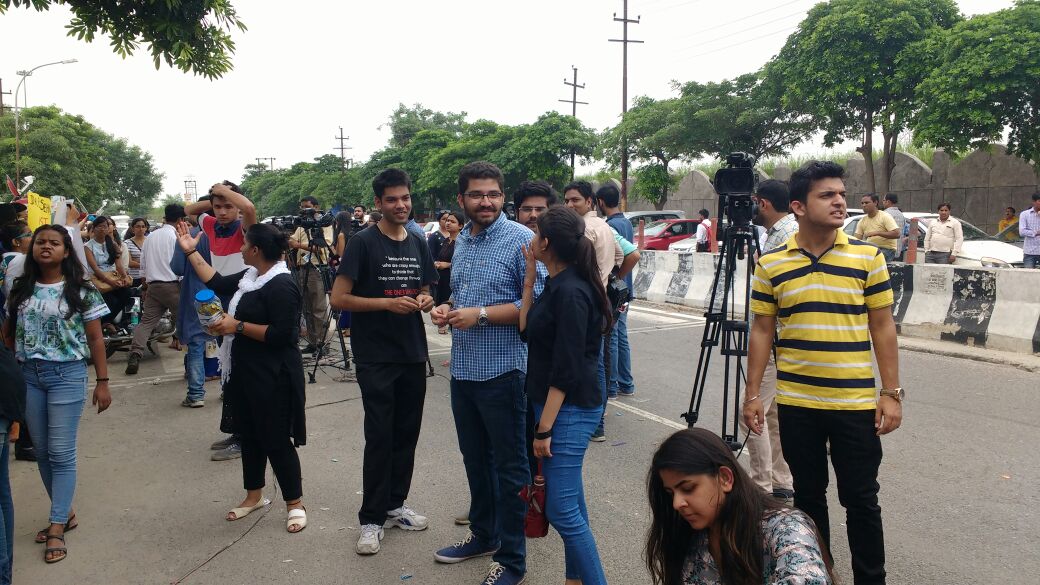 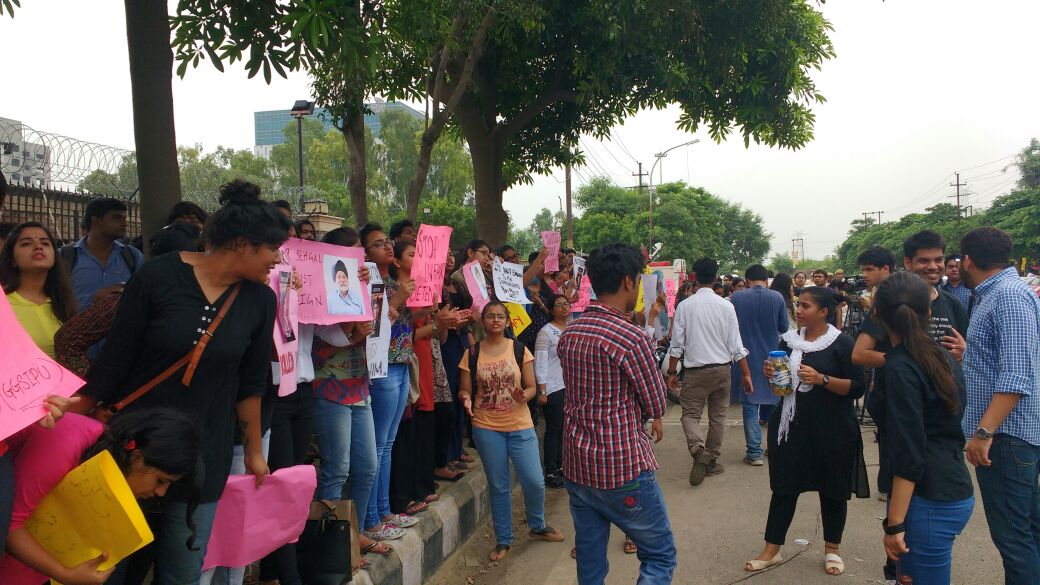 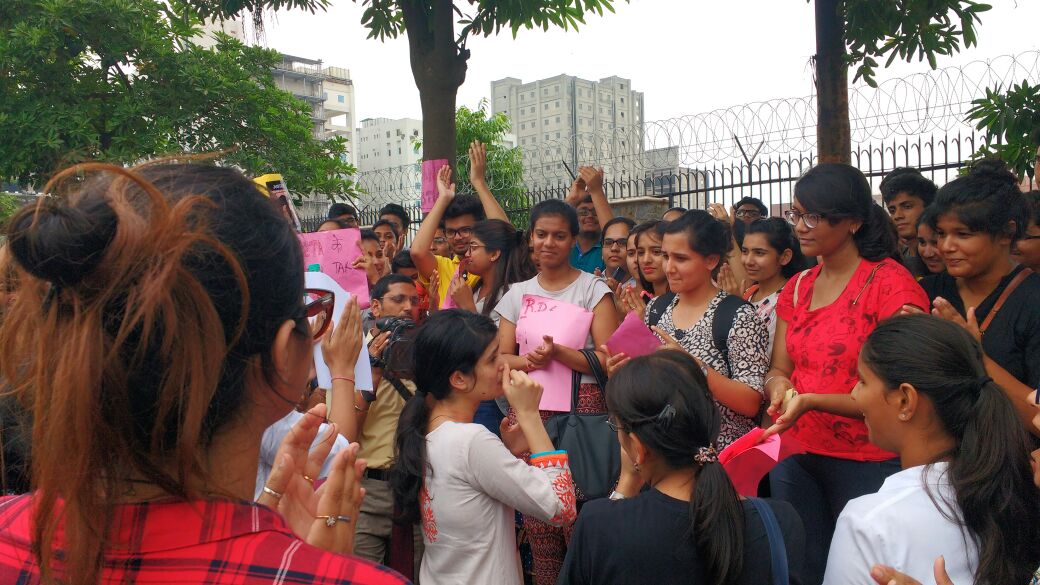 Take campus conversations to the next level. Become a YKA Campus Correspondent today! Mail us at campus@youthkiawaaz.com.

Images have been shared by Keshav Datta