In Photos: The Huge Mess Created At North Campus During Elections At DU

With the DUSU Elections due this week, campaigning in North Campus has been on in full swing for the past week – and it doesn’t seem like the ‘paper less’ election as directed by the National Green Tribunal. There’s nothing new about the parties creating a mess of the entire campus – throwing pamphlets on the roads, pasting posters on every possible inch of a wall. Newly painted shops and walls have been tainted during the campaigning, and even the corridors of colleges are full of leaflets. Many a times, classes are interrupted to make announcements. Prangan Kumar Lahkar, a third year student of Ramjas College says, “There is irony in the preaching and activities of these so called fighters of the student rights. This kind of indiscipline is disappointing.”

Not only is this disappointing, it also defaces the University campus and unnecessarily increases the work of the people who keep the campus clean. Many candidates have claimed that the posters being used or those up on the walls are ‘old’, however, the reality is far from it. Paper worth lakhs is being wasted without so much as a second thought or any provision for recycling. While we wonder whether the student community will be able to decide whom to vote for with posters flying (literally!) into their faces, here’s a look at what the North Campus has looked like for the past week. 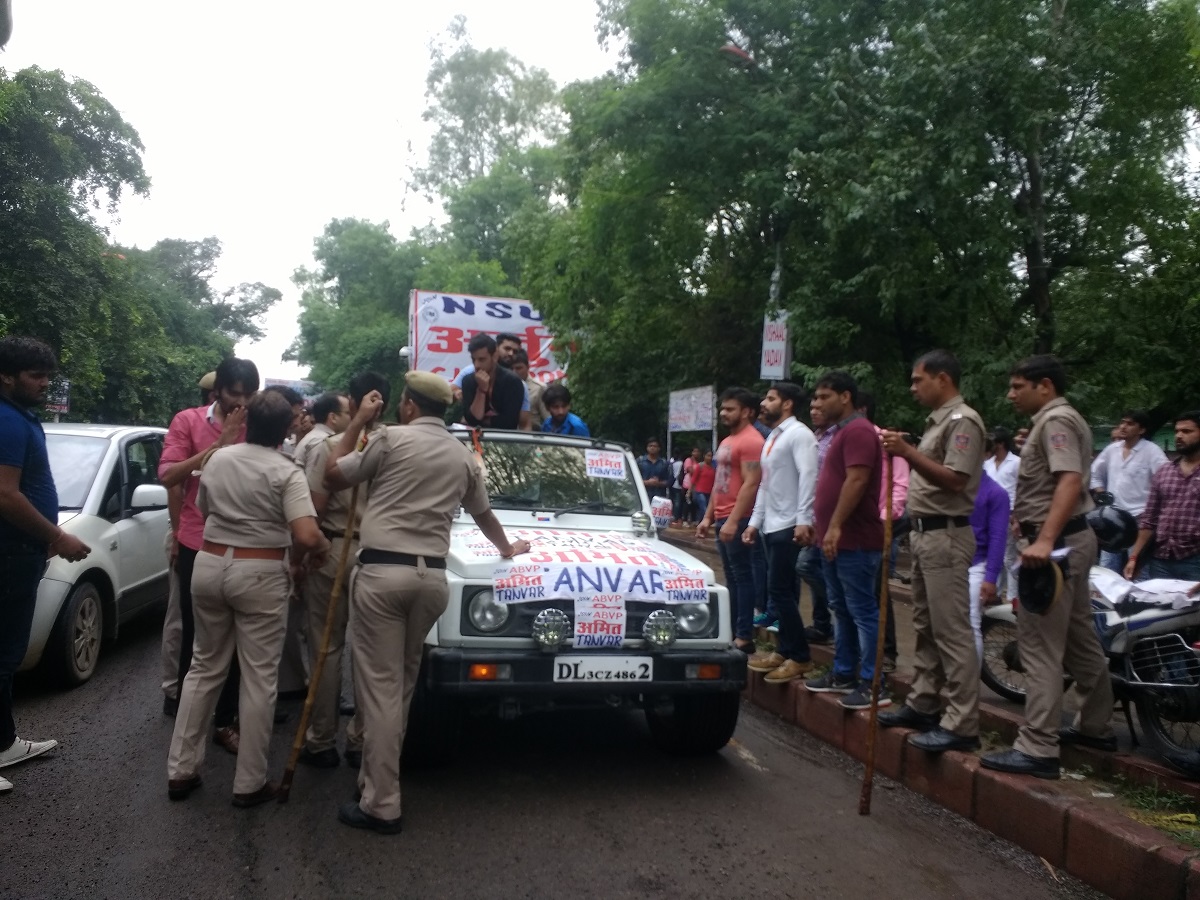 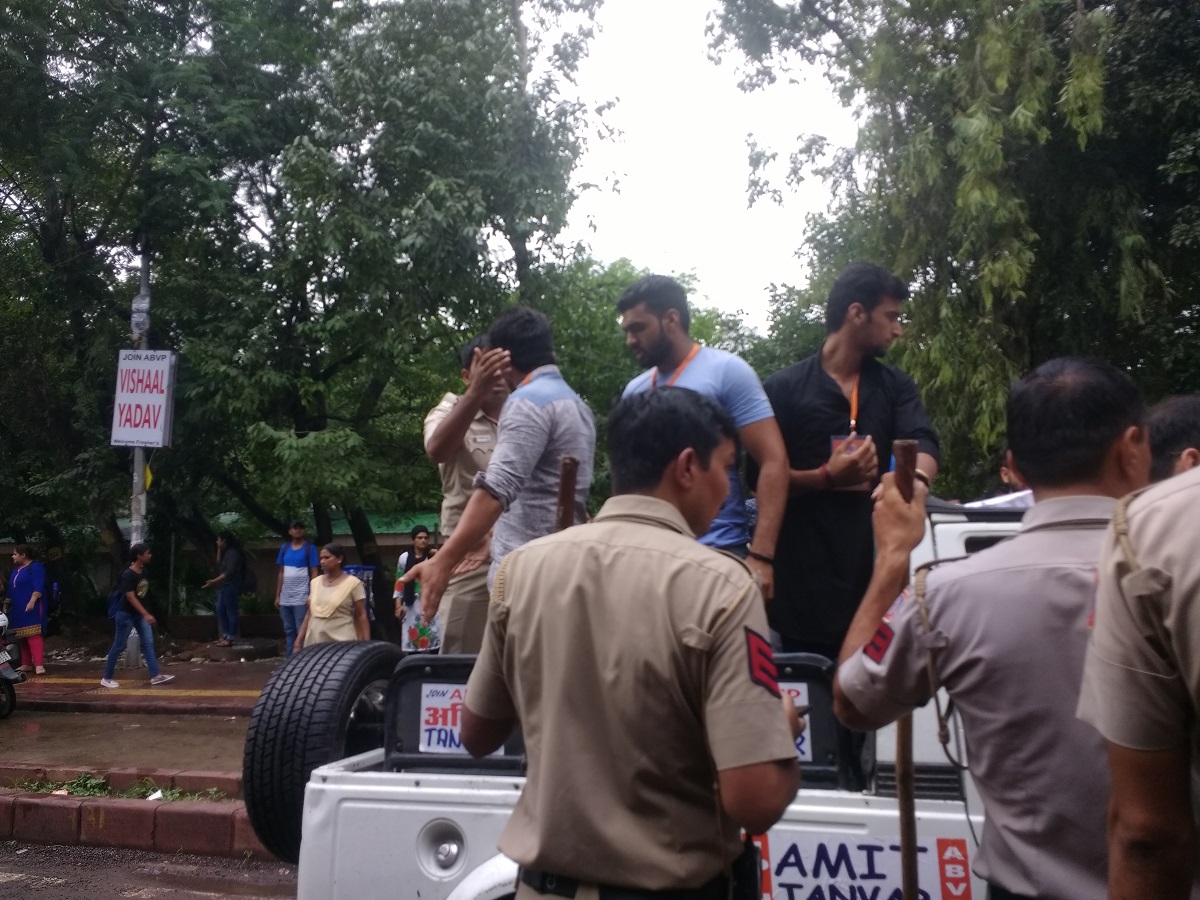 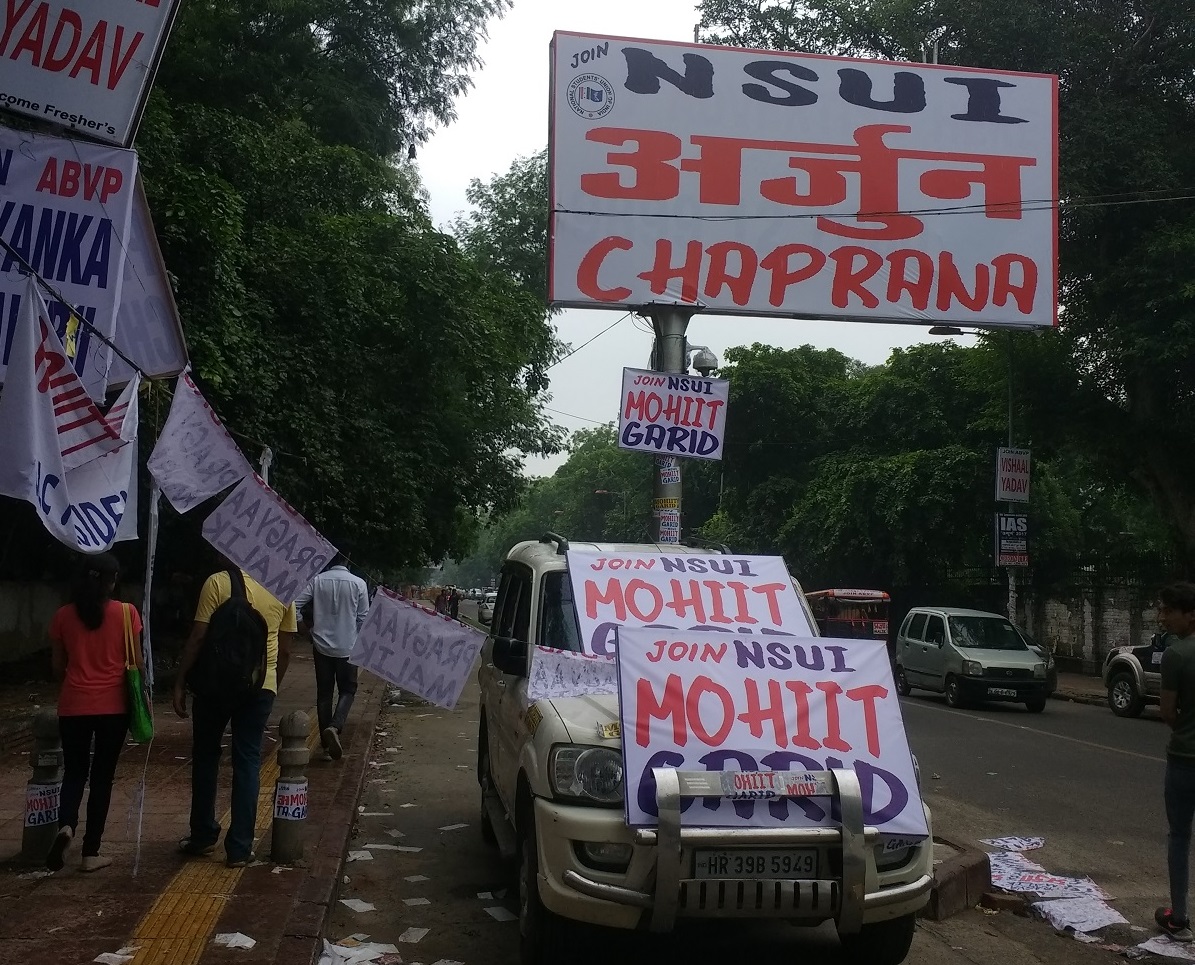 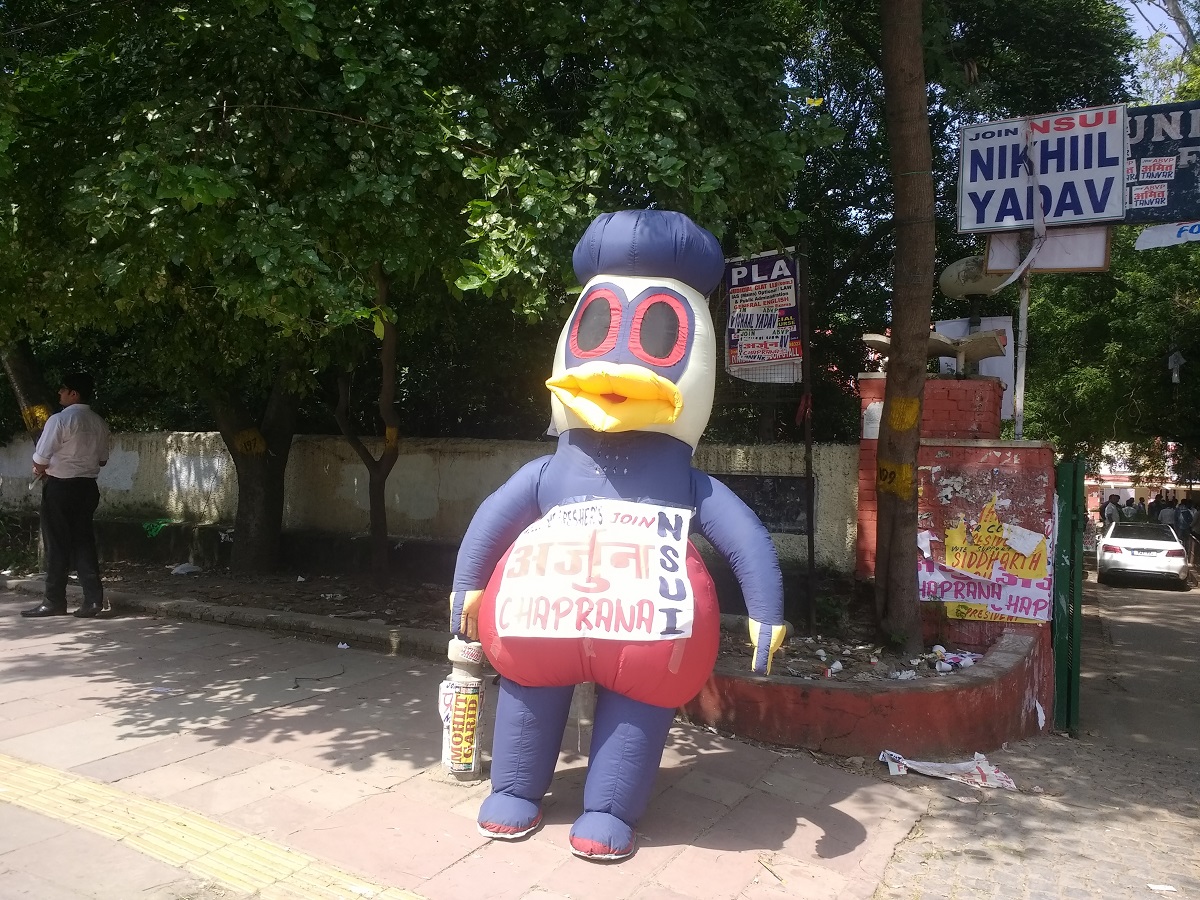 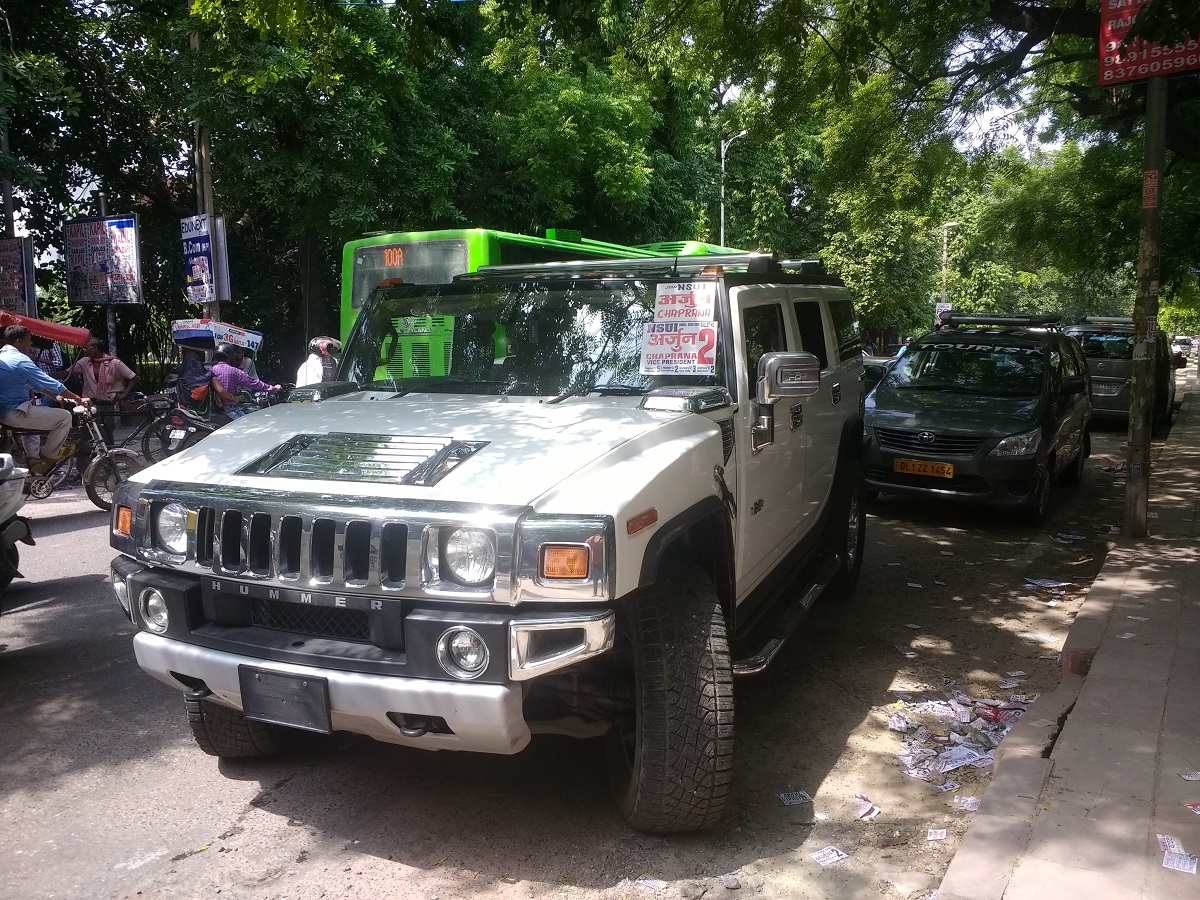 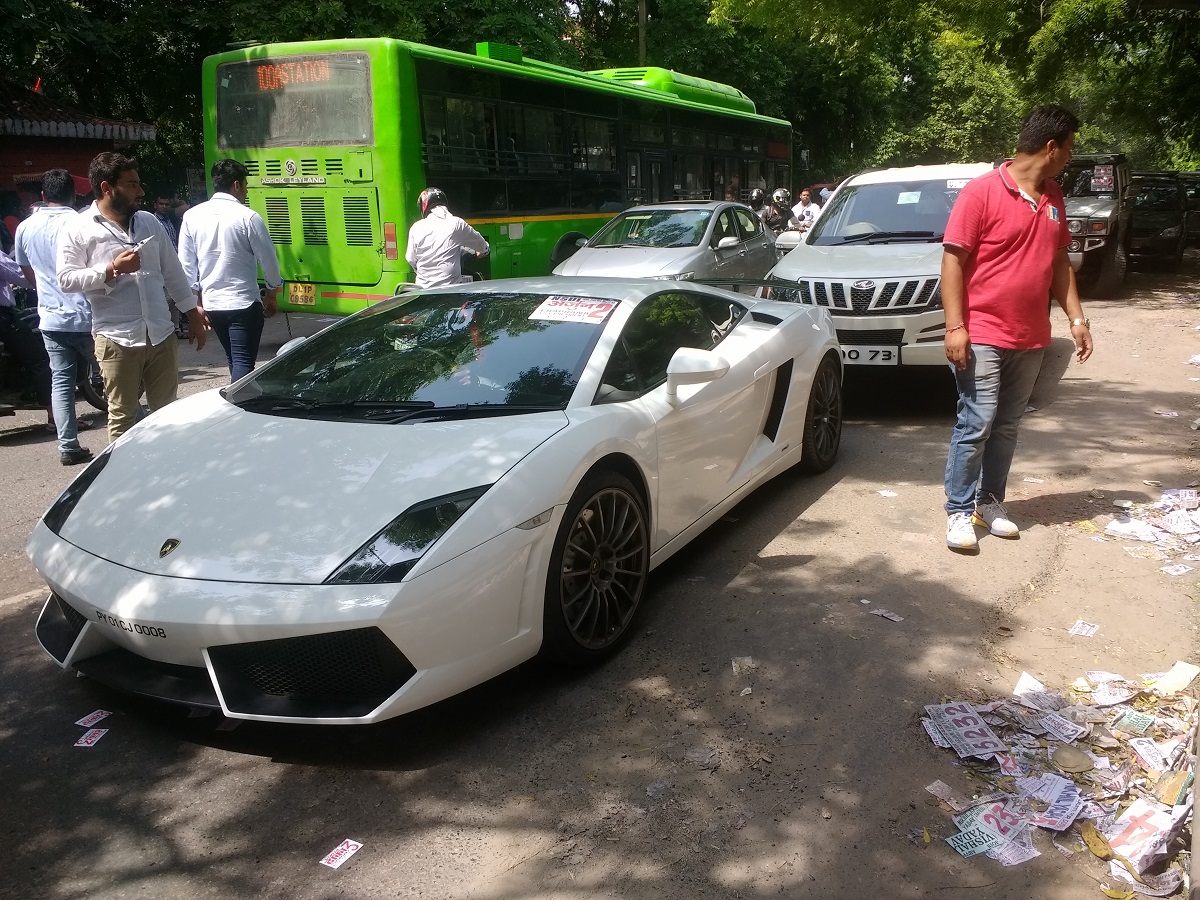 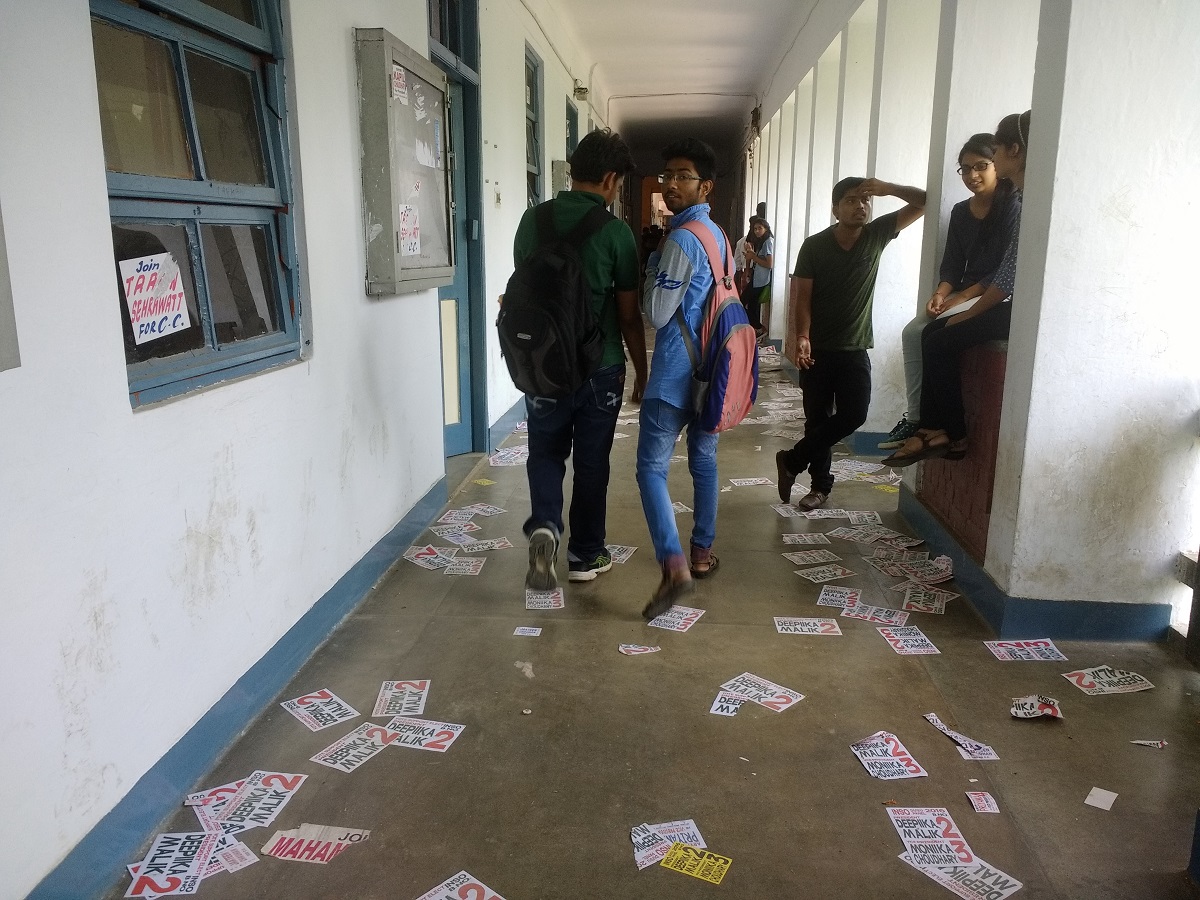 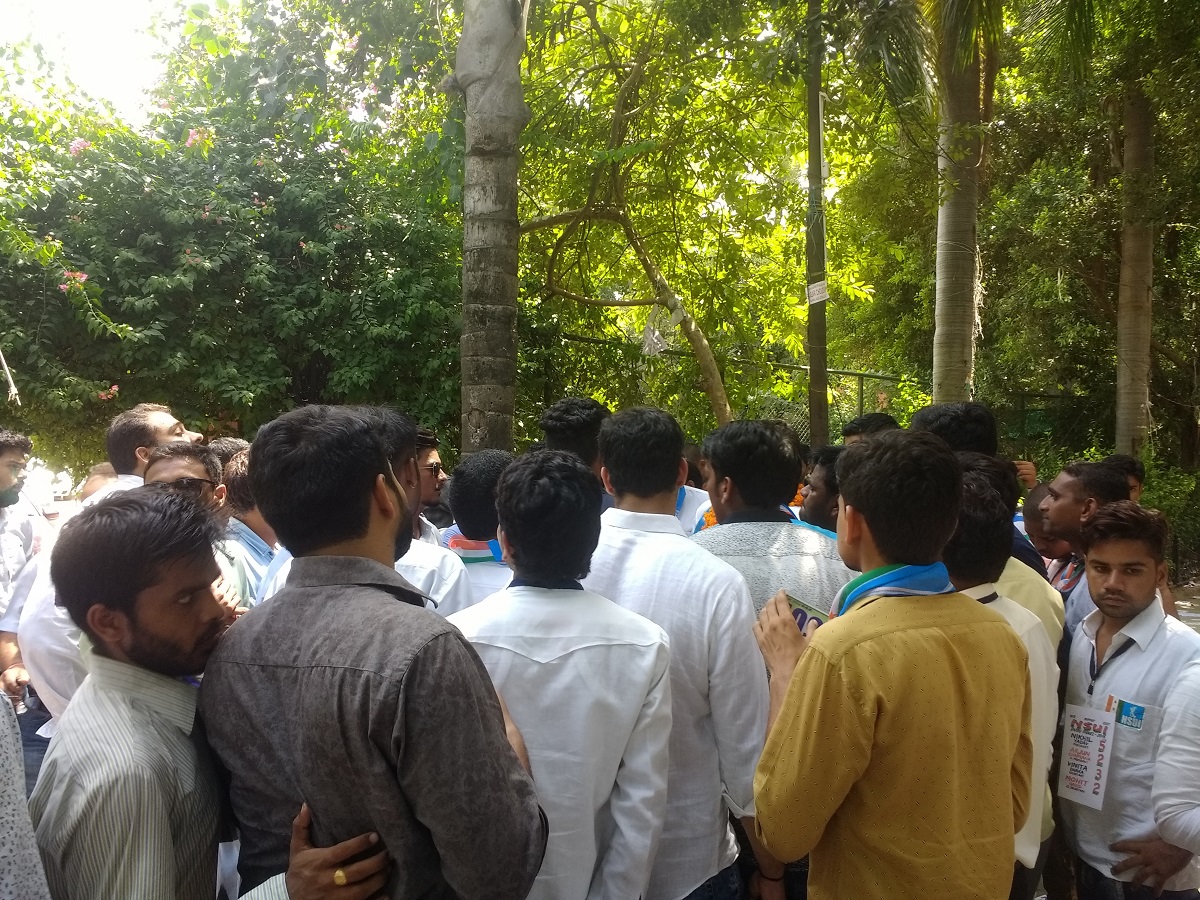 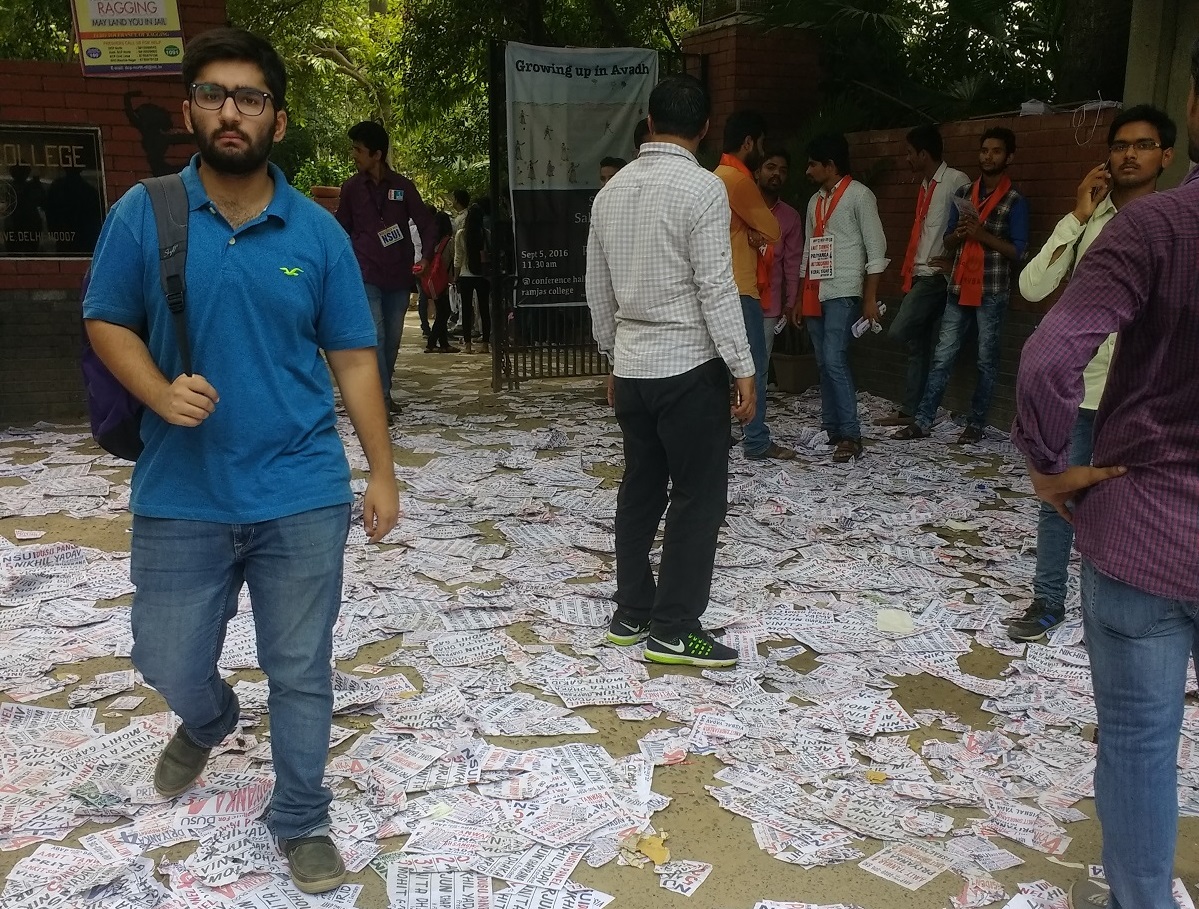 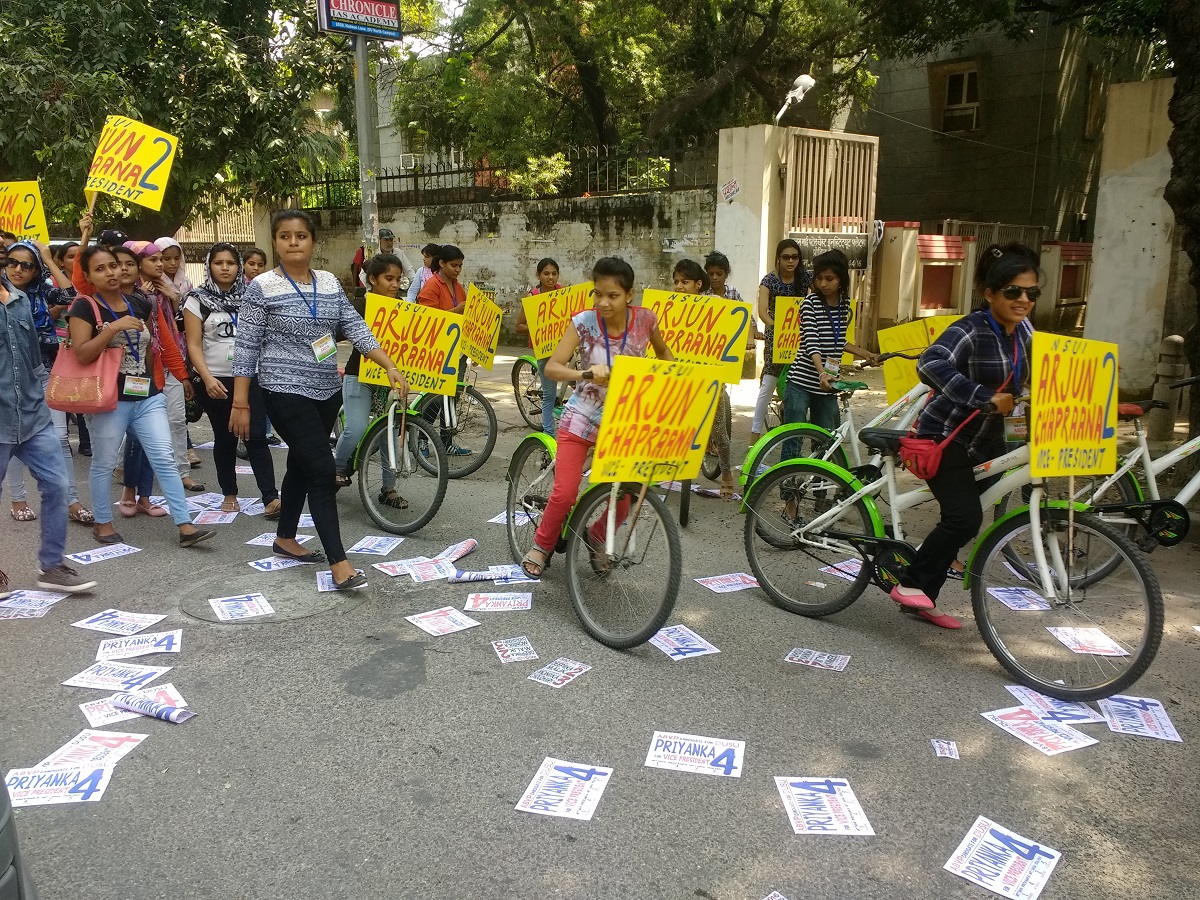 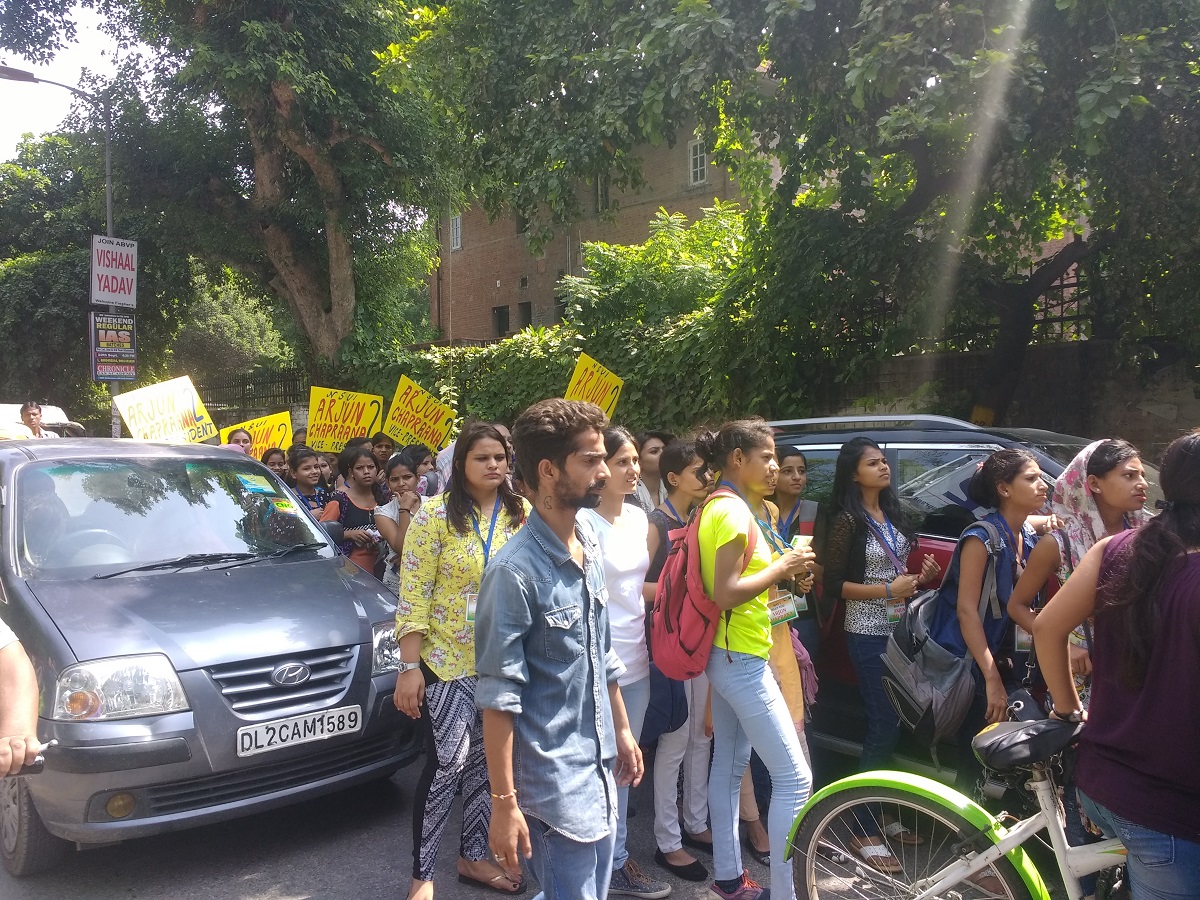