By Manthan Charles in PhotoNama

For me, going to sleep involves shutting the doors of my bedroom, setting an alarm clock and turning off the lights. But people, who are not so privileged, sleep whenever and wherever possible – on the streets, at railways stations, on footpaths and sidewalks.

Here are some of these moments that I captured in Pune.

A man, sleeping at the railway station, after a hard day’s work. 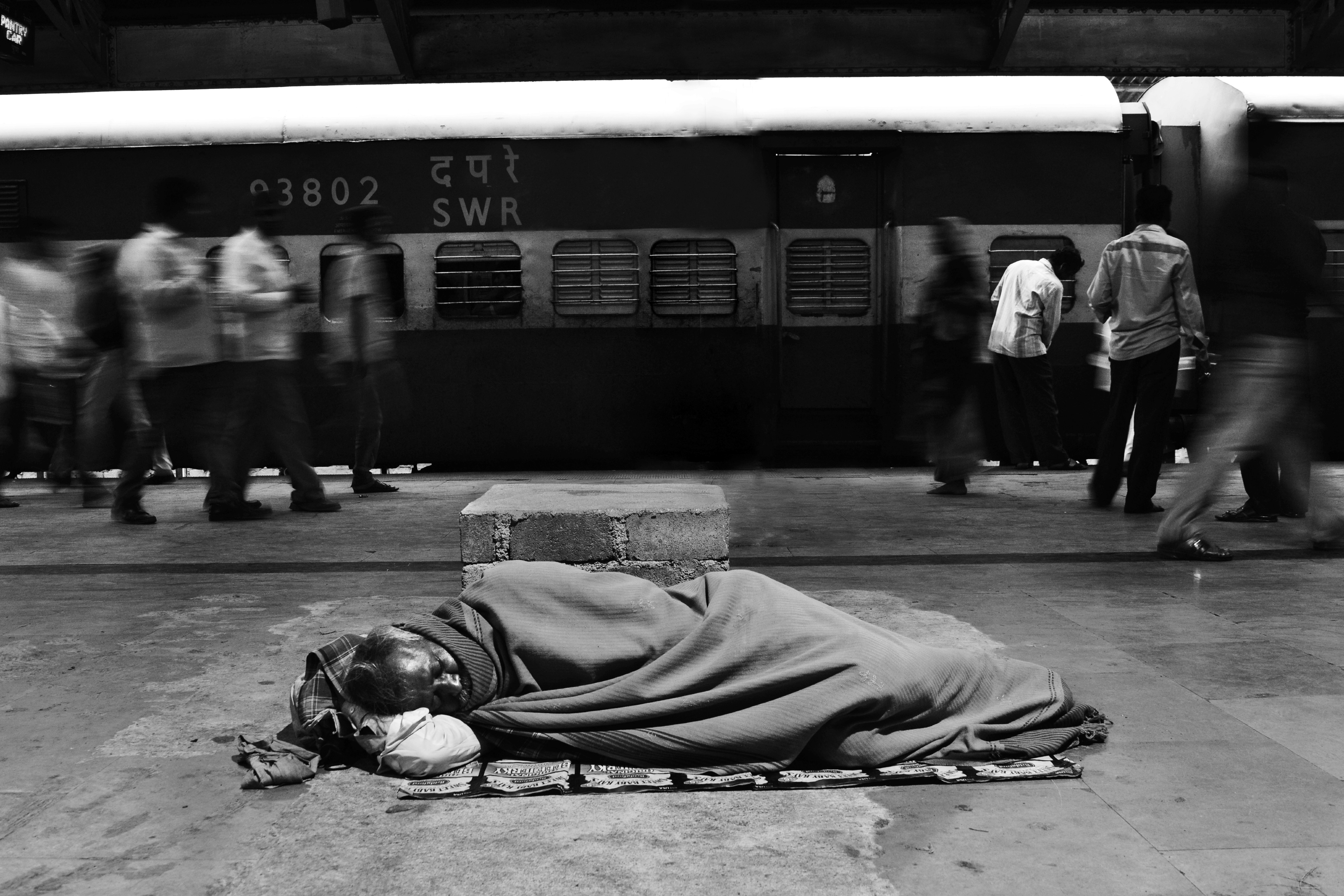 In between work, this man is taking rest on a chair. 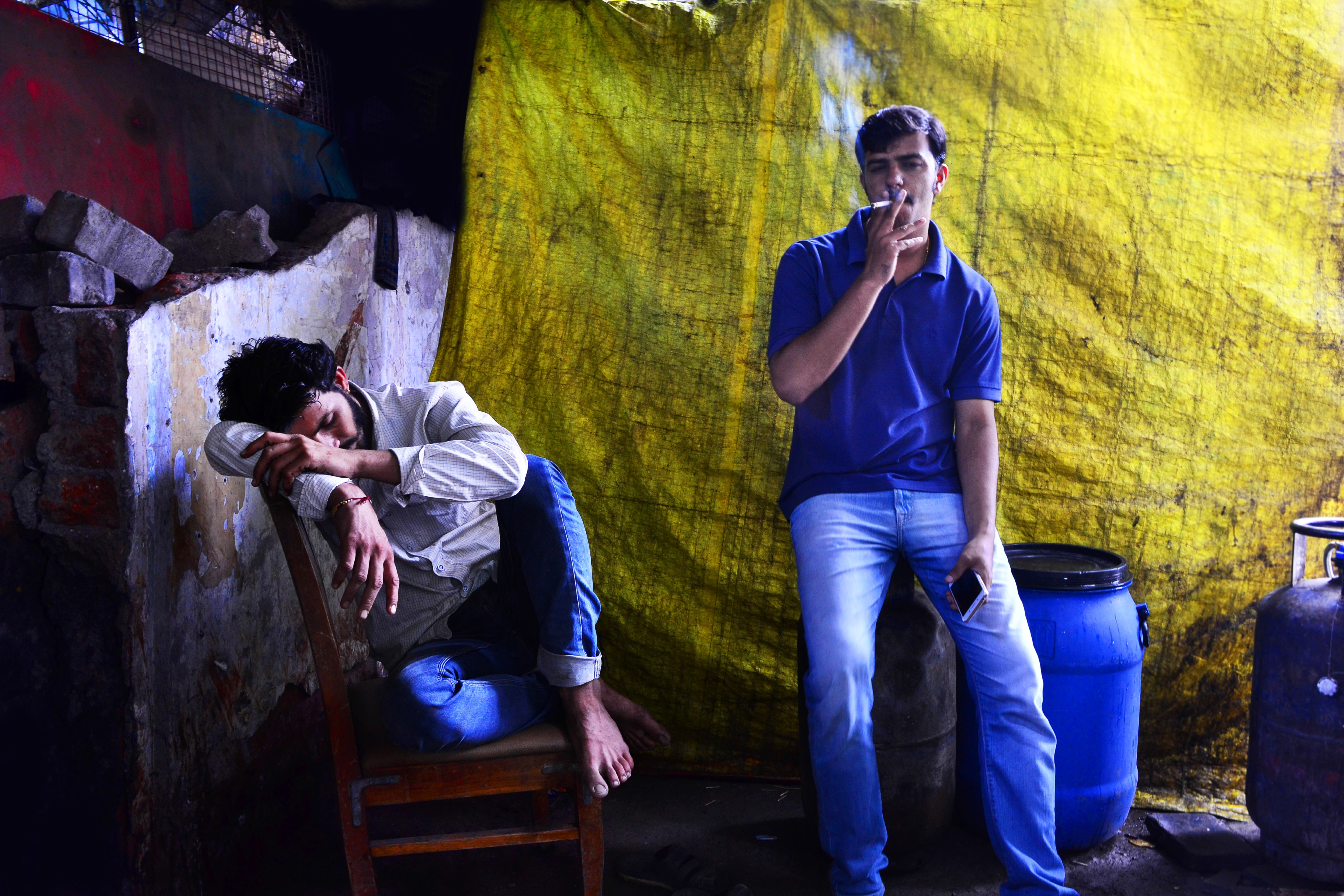 It is the harsh web of poverty that forces some people to ‘borrow’ refuge to rest a while. 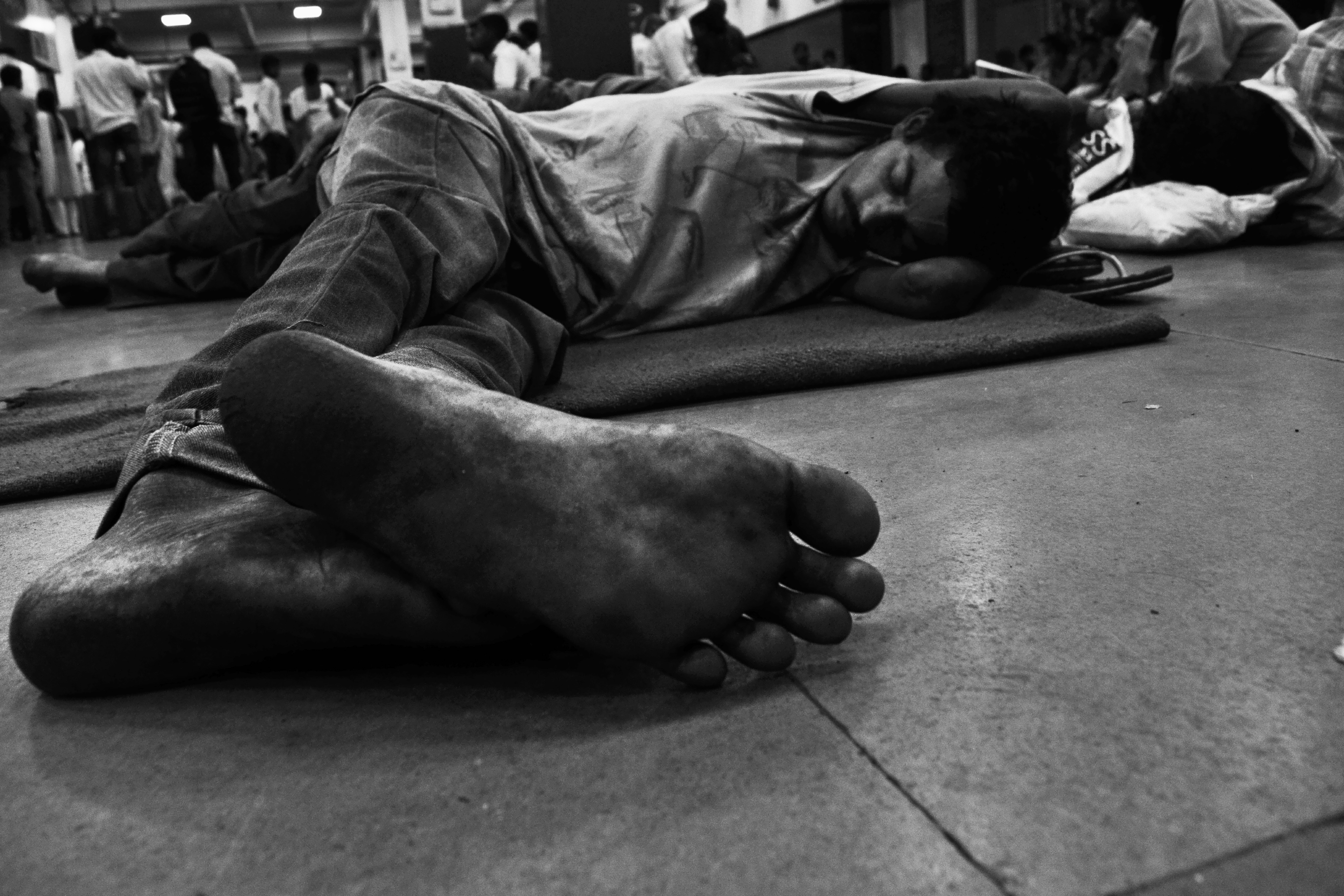 Amidst all the chaos, these men are spotted  leaning against the pillars on the sidewalks to rest their eyes. A man is seen resting on the footpath. And he is not alone. 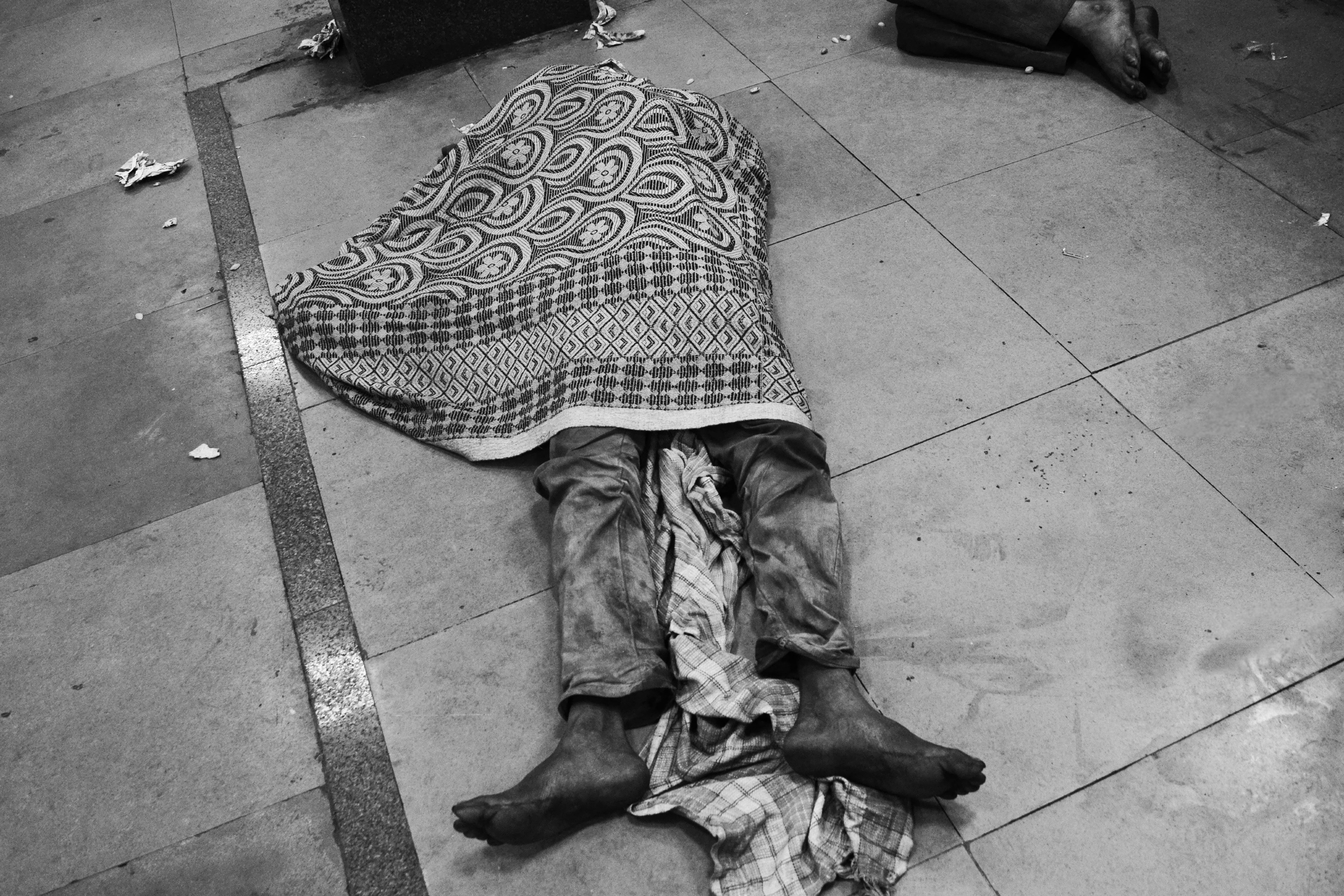 An old woman is resting against a pillar to catch up on her sleep at the end of a long day. 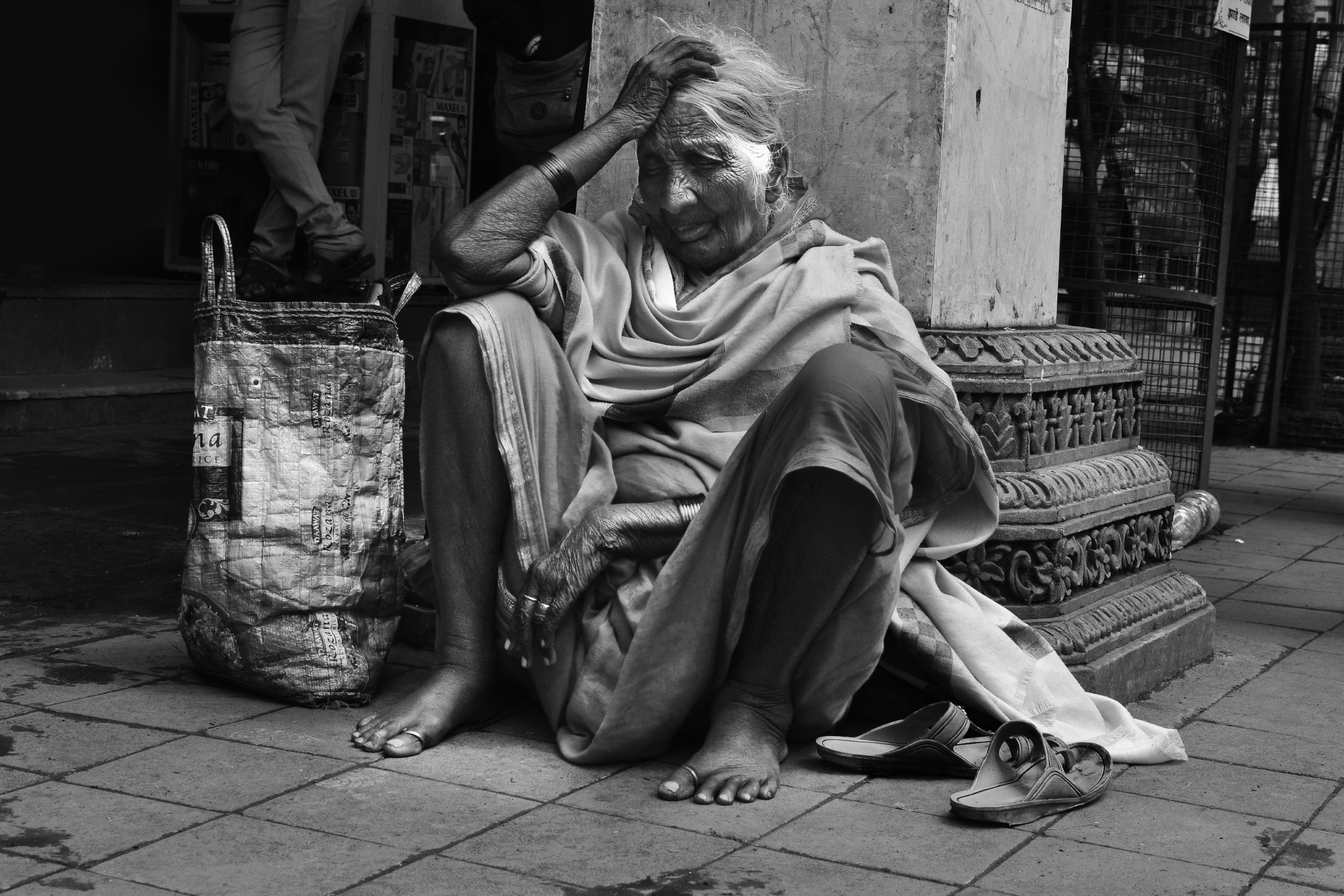 He lives and sleeps on the streets of Pune along with his family and  they have been living this way for a year now. People sleeping at railway stations is a common sight in Pune. 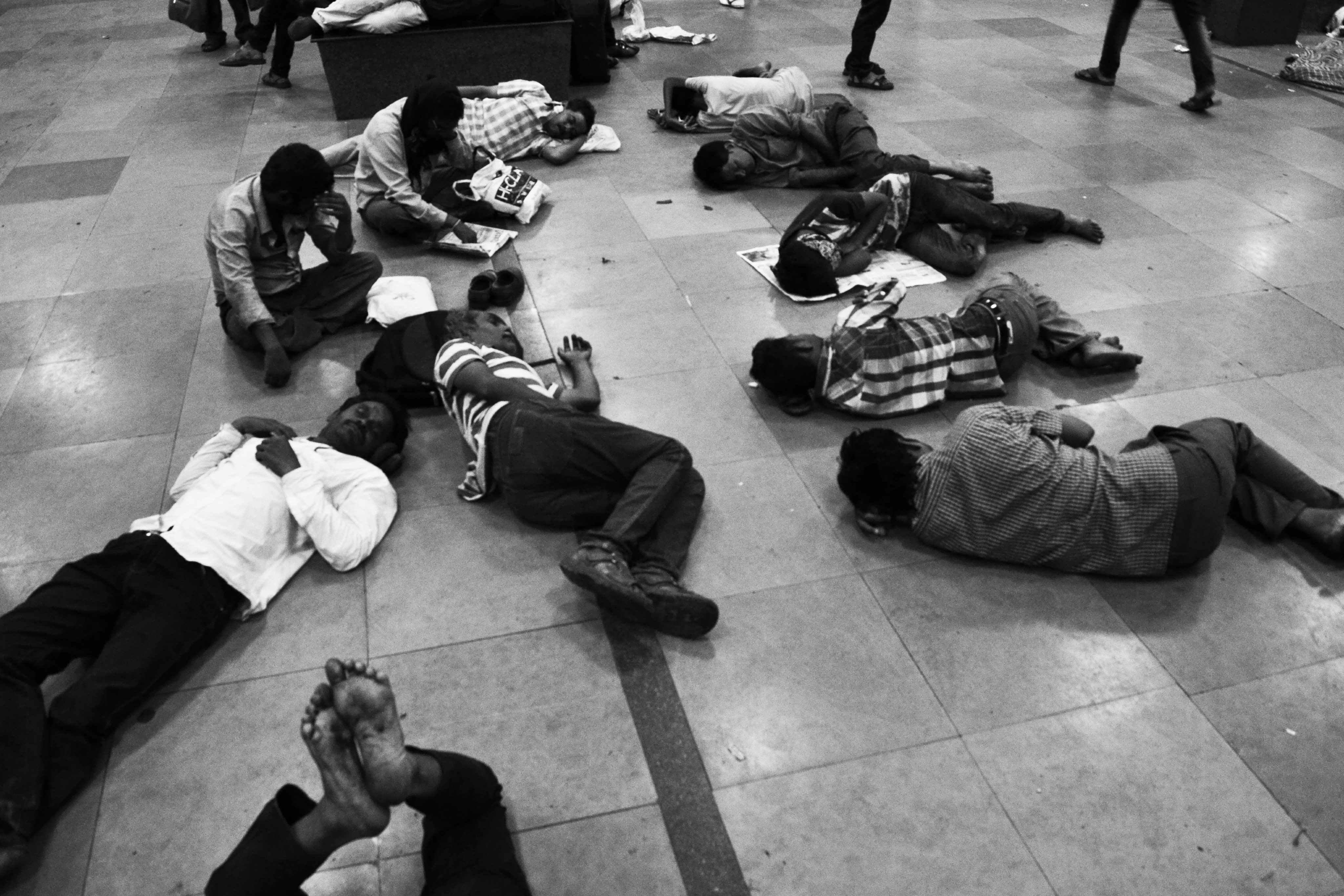 A porter (sahayak) is leaning against a luggage cart at a busy railway station. 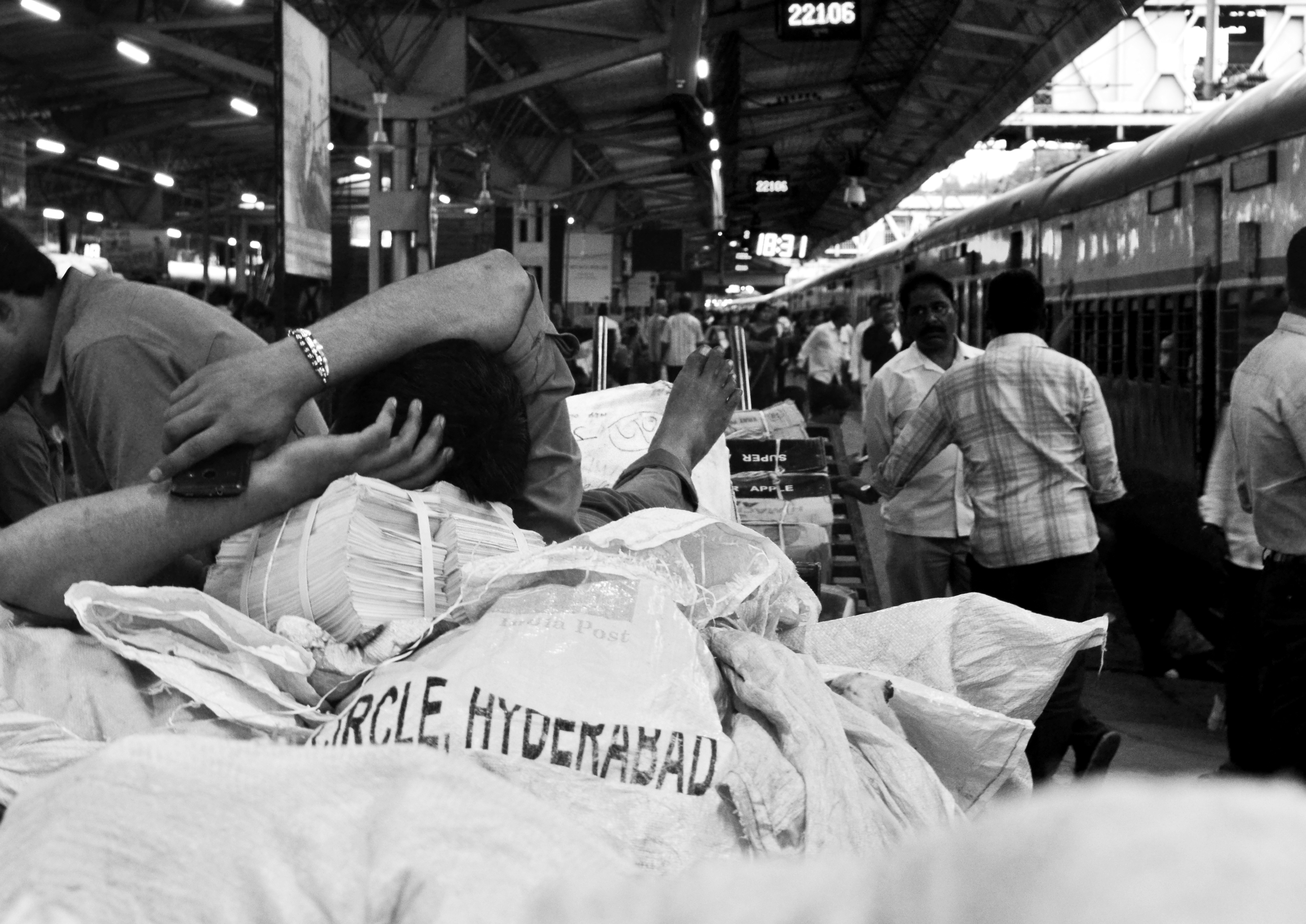