For These Immigrant Workers In Kolkata, Durga Puja Is Just Another Day At Work

By Tanmoy Bhaduri in PhotoNama

On the occasion Durga Puja, the city of Kolkata erupts in festivity and joy. Several pandals are built in localities and neighbourhoods and in housing complexes where the goddess Durga is installed and worshipped. The pandals are decorated very beautifully with host of lights and designs. Crowds of people go ‘pandal hopping’ throughout the night and enjoy themselves. Restaurants, and food stalls stay open and cater to visitors throughout the night. The young, old, men, women and children together celebrate this festival with great festivity. They wear new clothes to grace the occasion. The city erupts in joy during this time.

This I year I planned to portray a different angle to this festival. I have taken pictures of those who have been away from their family in Kolkata during this Durga Puja. Immigrants of this city, who are lesser advantaged, don’t necessarily have the means to go back home during a time of festive holidays. For many, it is still a working day perhaps at the expense of more than you think. Meet a few of them below: 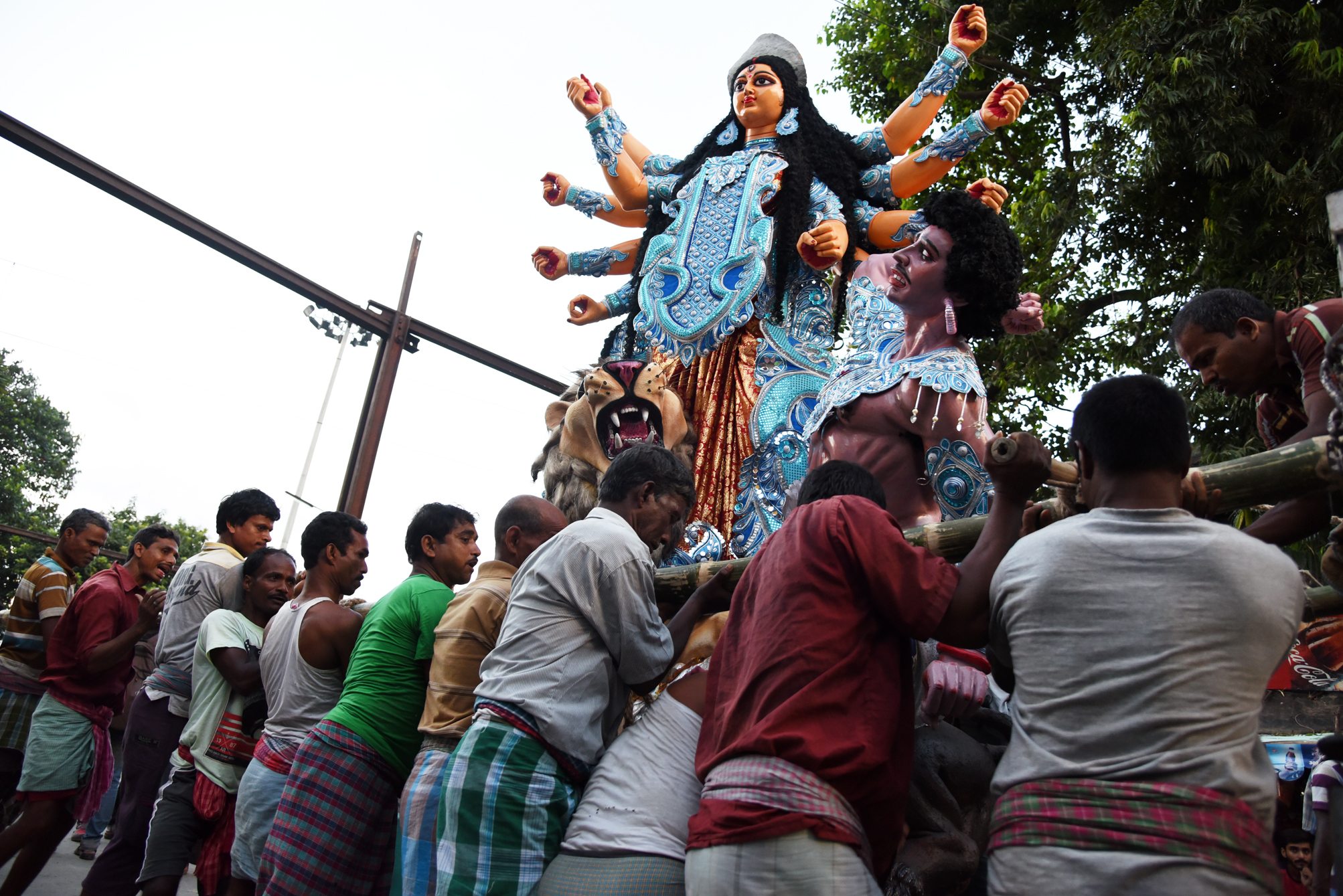 Labourers carry a statue of the Hindu goddess Durga from a workshop in Kumartoli, the idol makers’ village, to a truck to be sent to a place of worship in different parts of Kolkata. All labourers came from Sagar block, South 24 Pargana district of West Bengal. 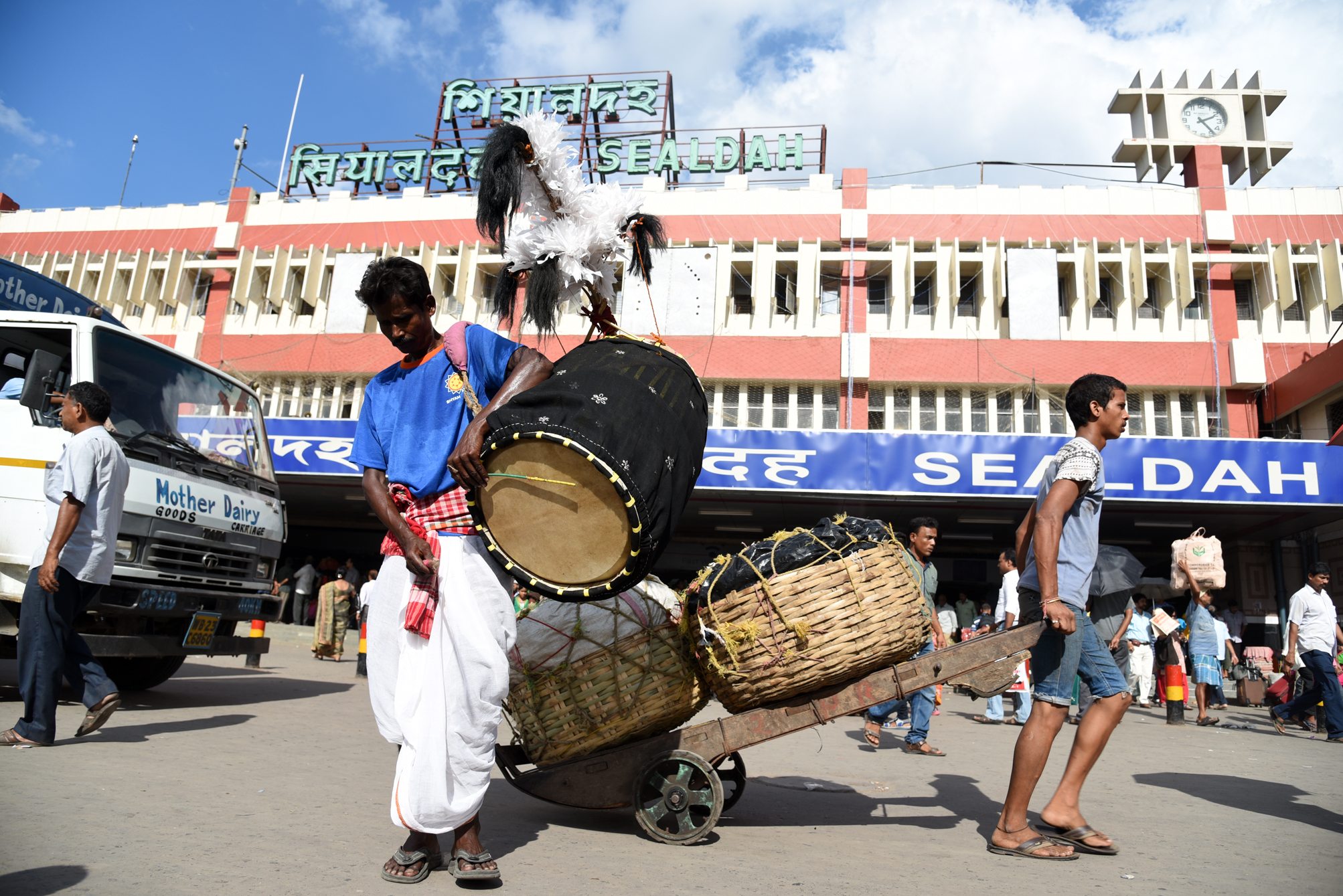 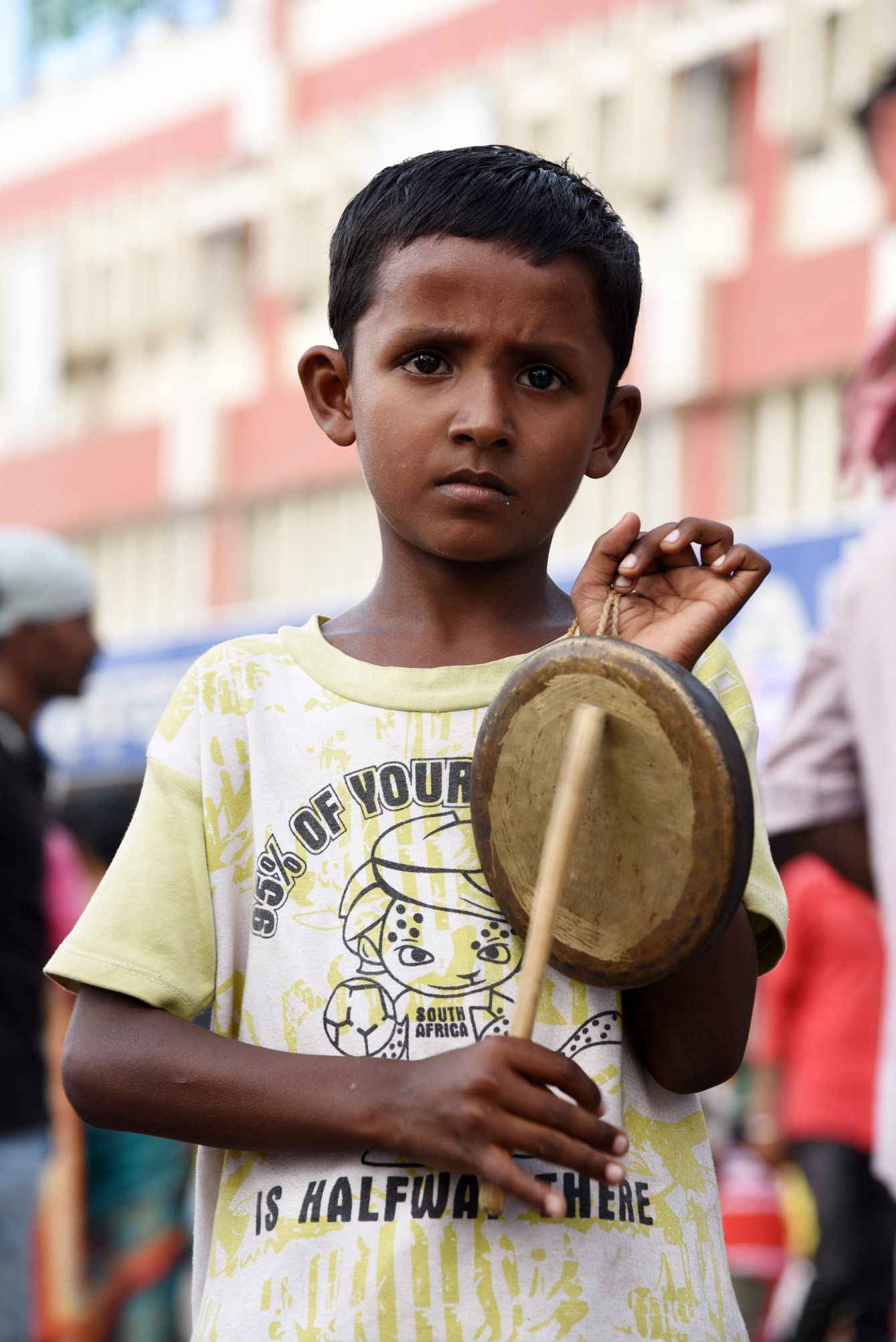 Debnath Das (8), came from a village in Murshidabad district of West Bengal with his father. 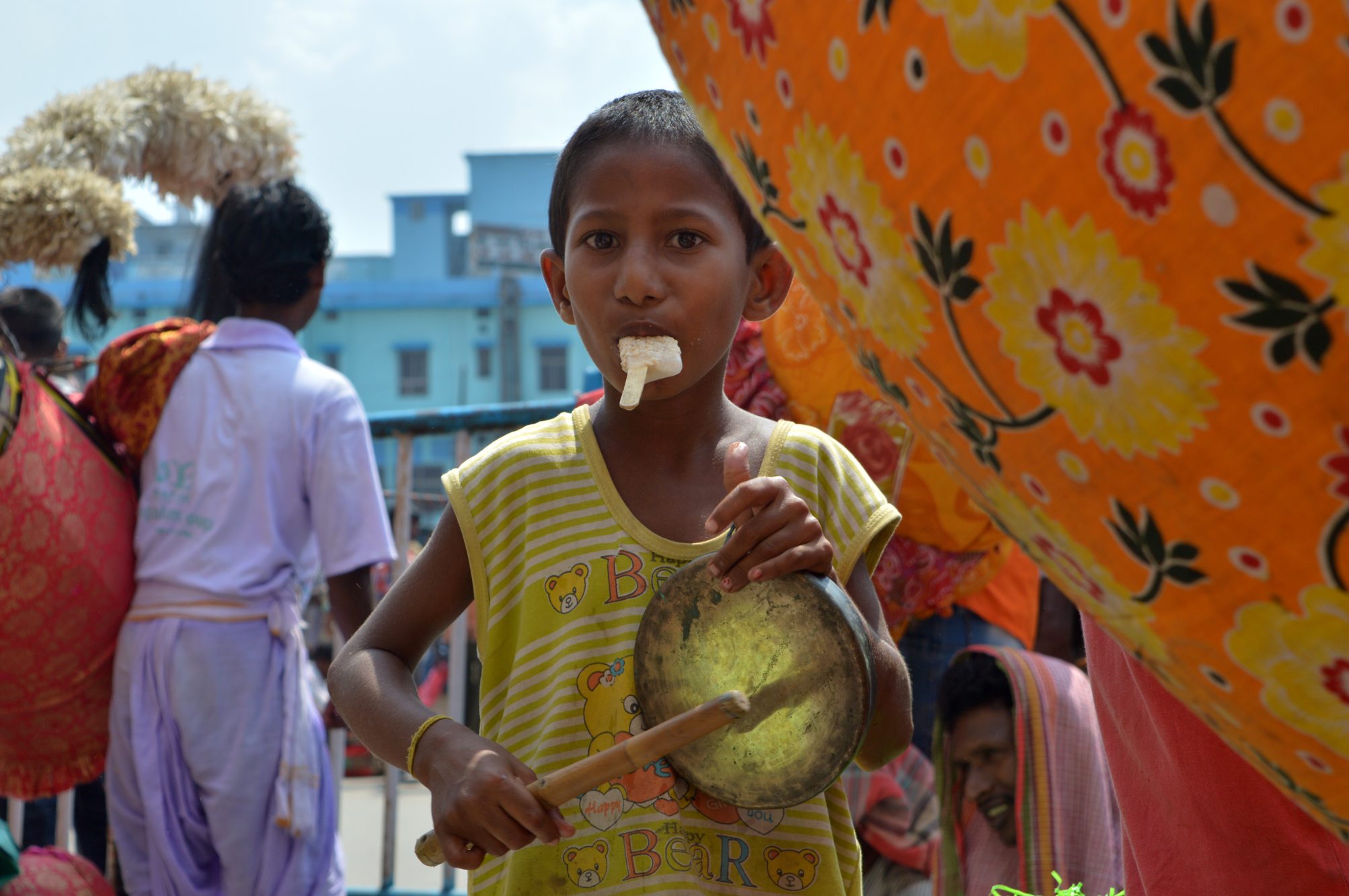 Subhas Das (9), came from a village in Burdwan district of West Bengal with his father. 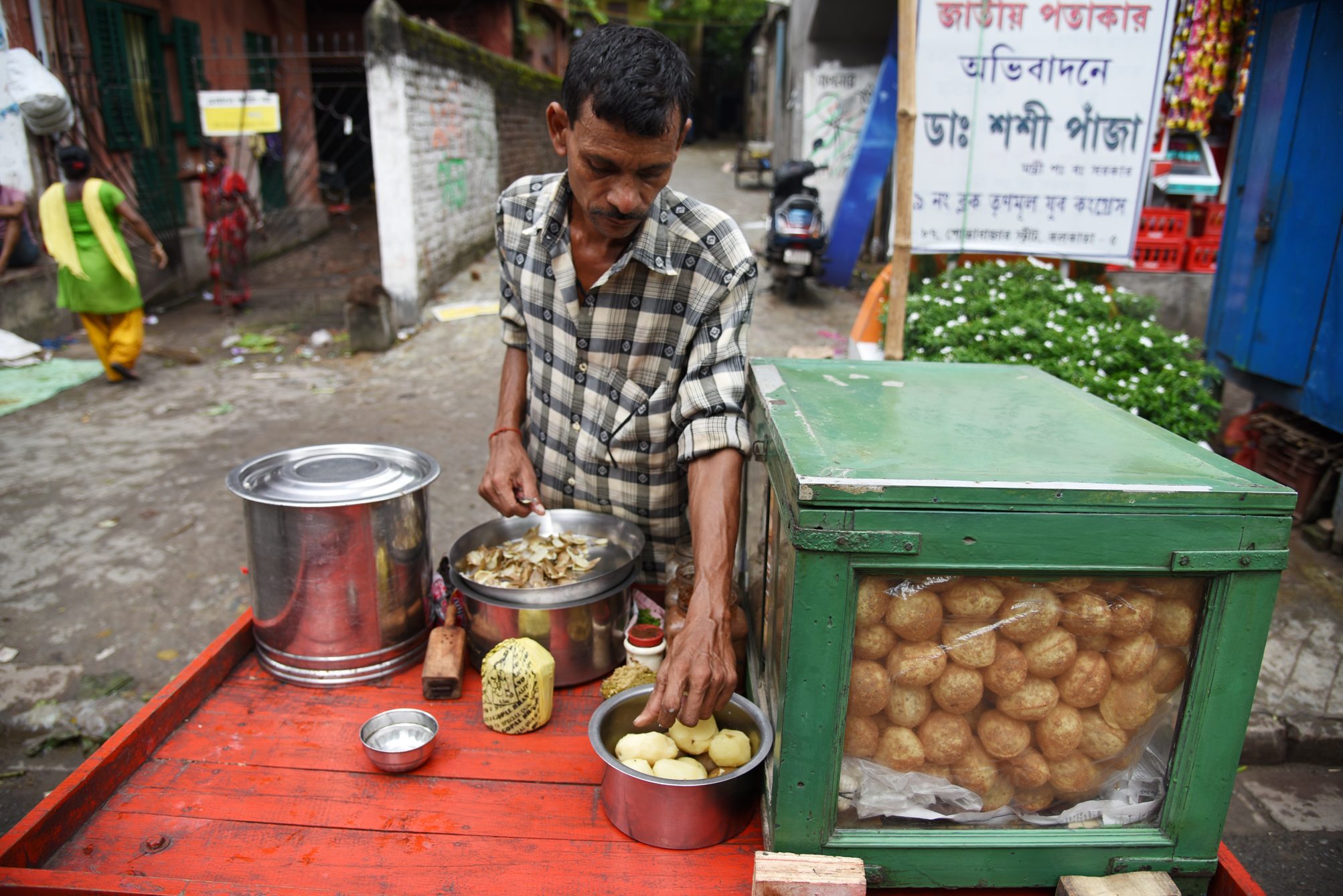 Chakraharan (40), a pani puri seller came from the Darbhanga district of Bihar. 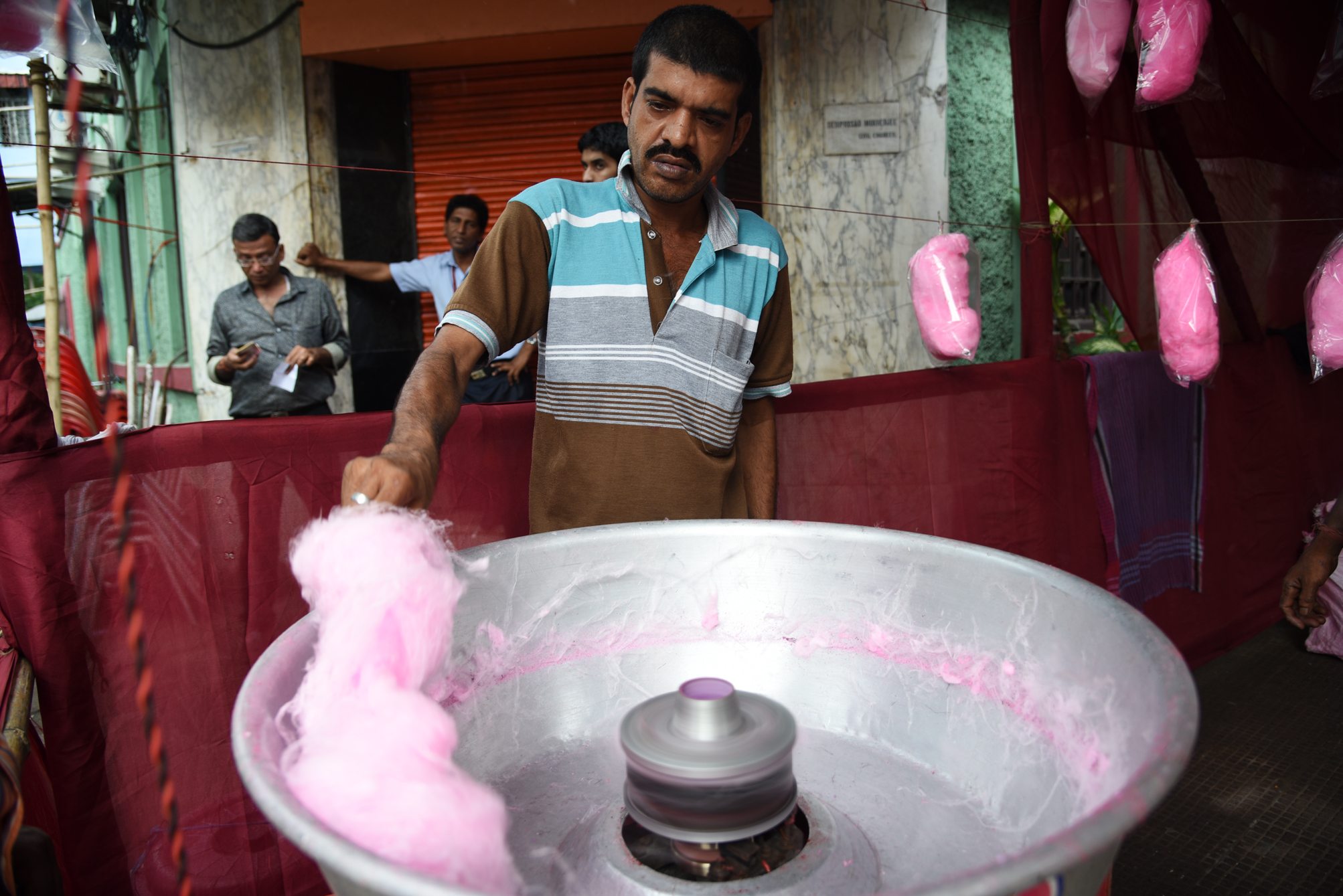 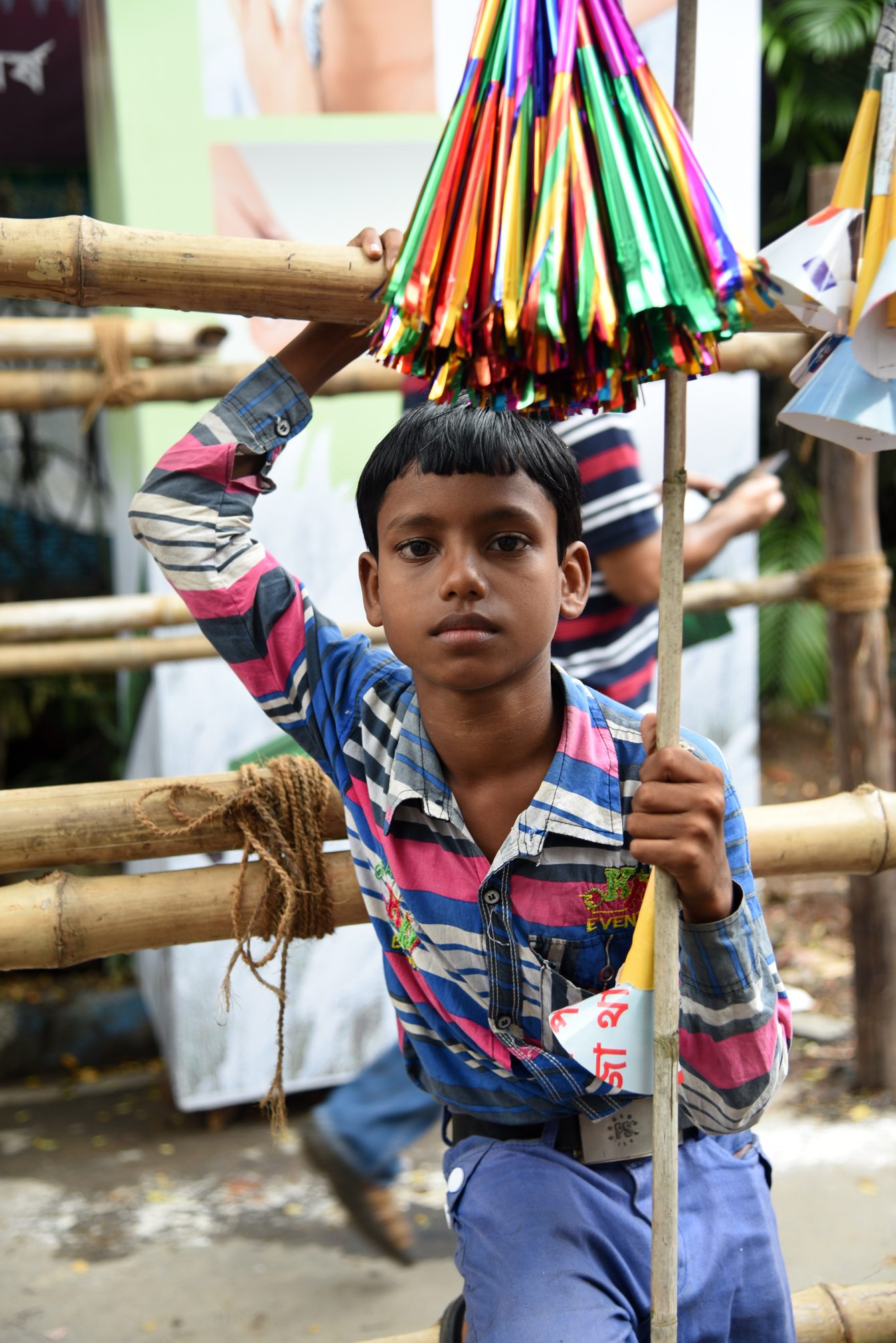 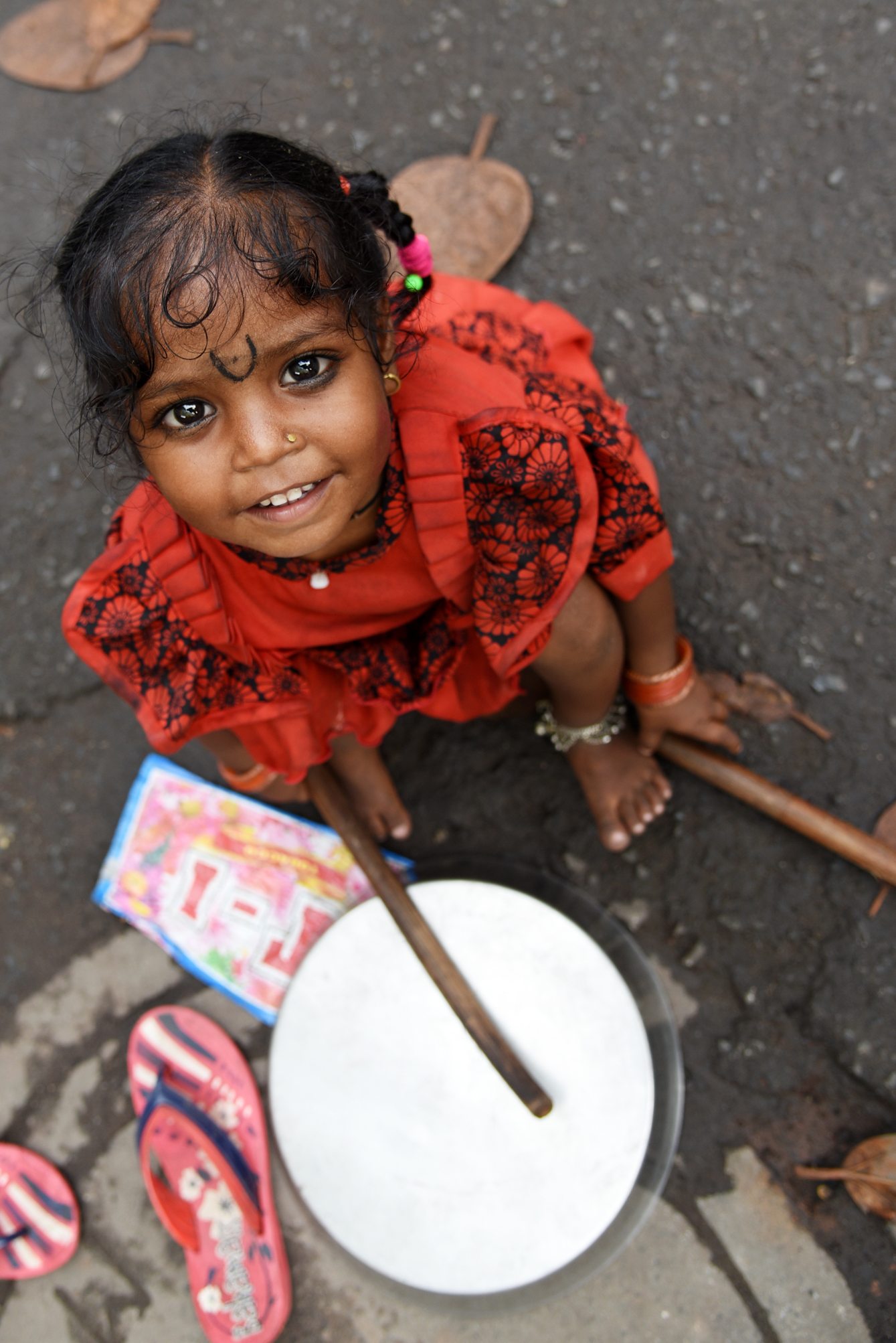 Koel (4), came from Rishra in Hooghly district of West Bengal, to perform in street circus. 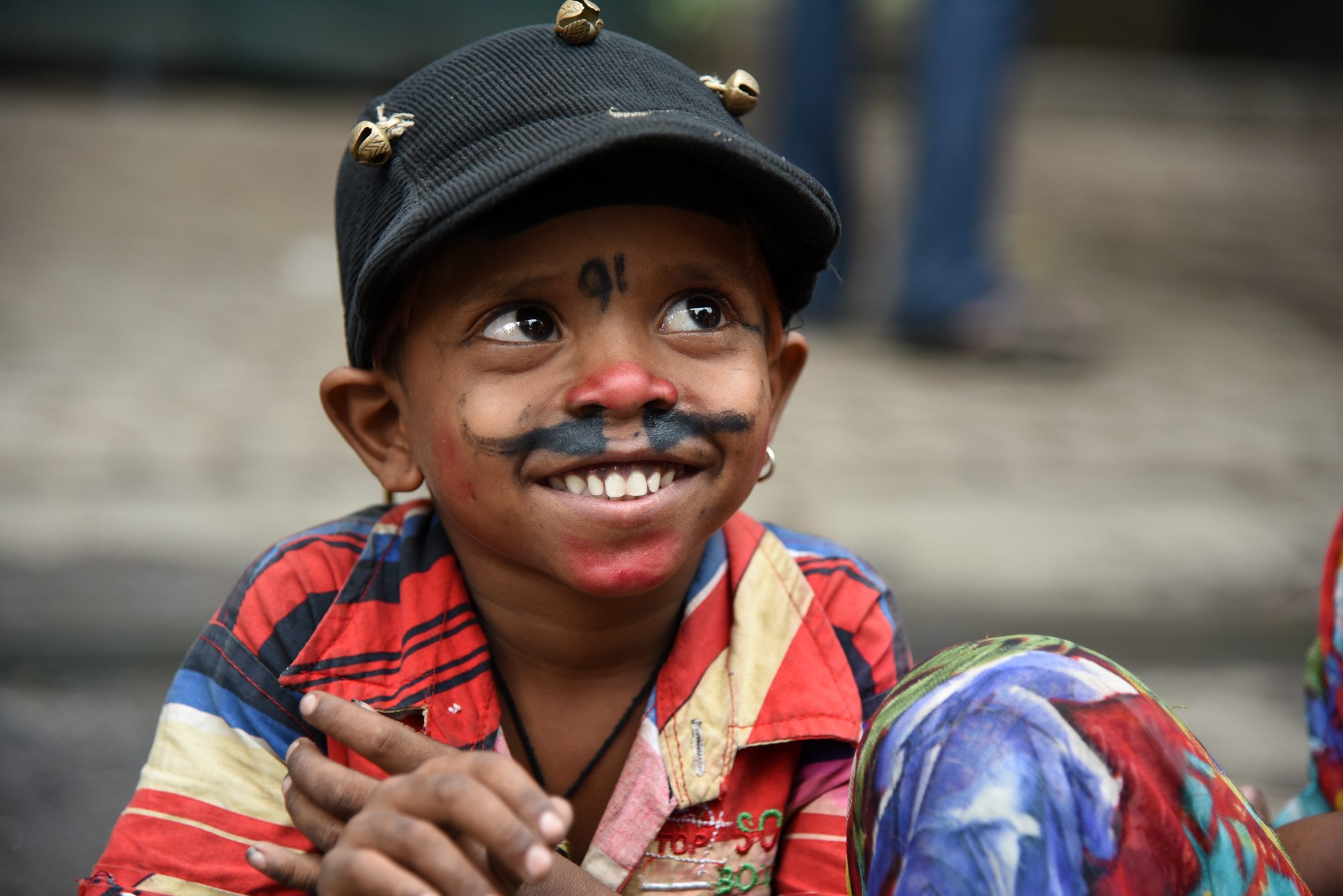 Krishna (6), too, came from Rishra in Hooghly district of West Bengal, to perform in street circus. 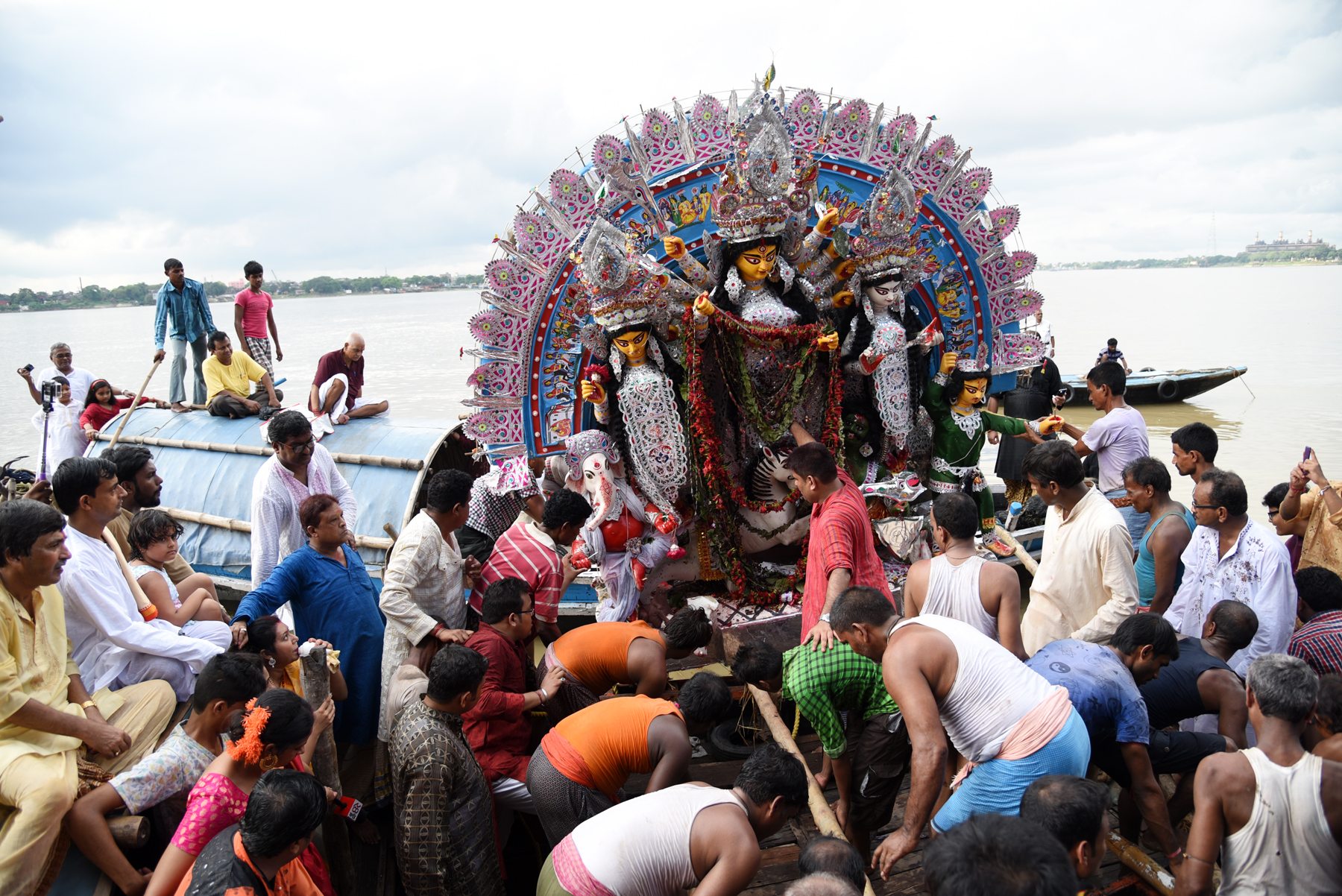 Labourers carry a statue of goddess Durga to be immersed into the river Ganges to mark the end of the Durga Puja festival in Kolkata.  All of them came from Sagar block, South 24 Pargana district of West Bengal. 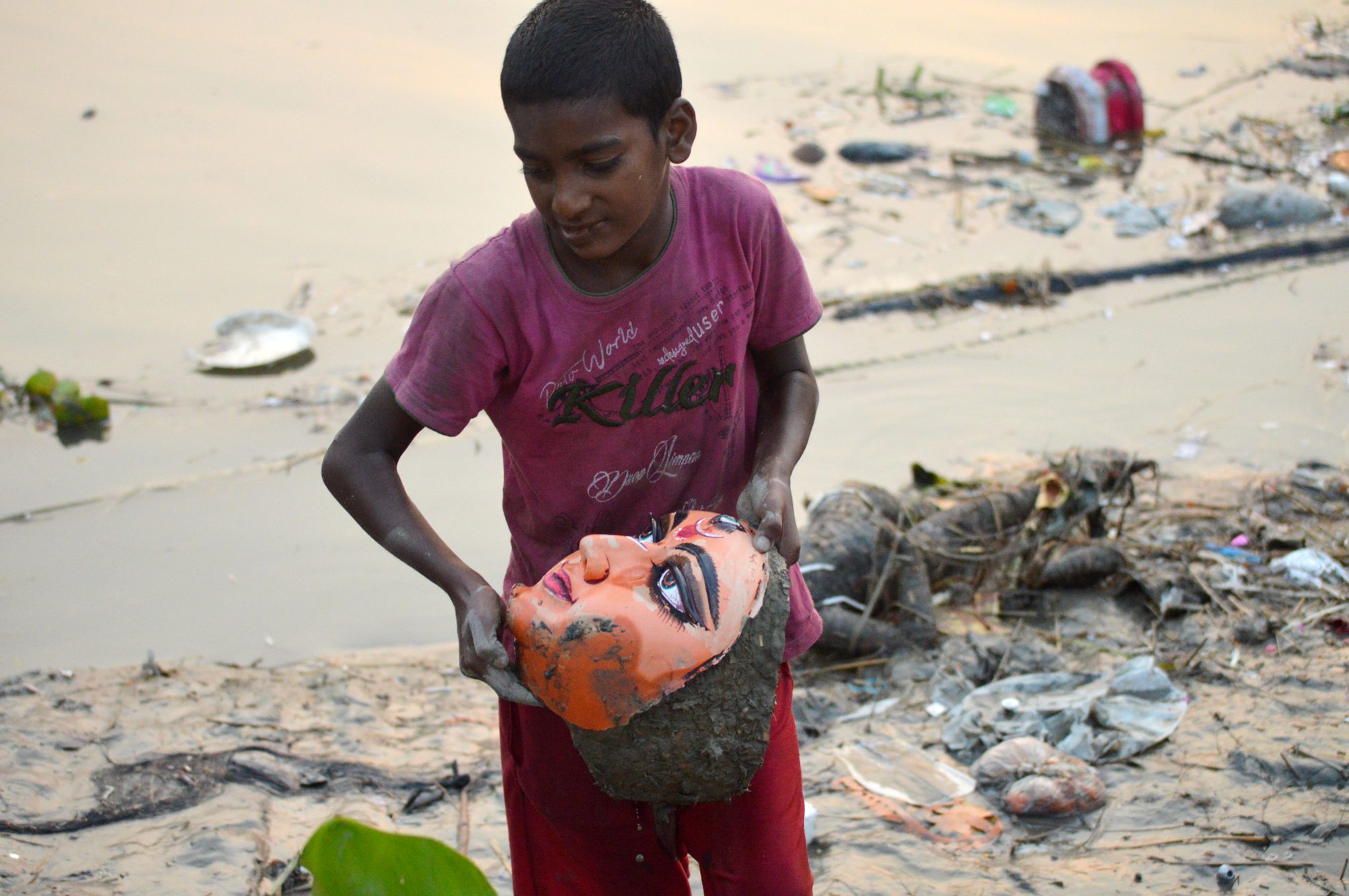 Ramu (10),  carries a broken face of an idol of Hindu goddess Durga after its immersion in the river Ganga during the Vijaya Dashami in Kolkata.