10 Dogs Explain Why Diwali Is A Nightmare For Them

By Trisha Bose in Society

Diwali comes straight after a very fragile period for new mothers in the animal kingdom – the mating season. While many remain blissfully unaware of all the new life cropping up in nooks and corners, the rest of us run harried through colonies, with containers full of food, and cardboard boxes for shelter. By the time the first cracker is burst – days before Diwali – a new litter may have just managed to open their eyes.

I’ve been a dog lover all my life, which makes Diwali a festival of nightmares for me. I’ve been avidly reading up on ways to tackle the season for years now, and this time I decided to actually do something about it on a larger scale, instead of simply raving and screaming at my cracker-crazed neighbours.

The idea behind the album ’10 days of Diwali’ is simple. I started on October 20 with the objective of uploading one post each day. With the help of my boyfriend, Alam Chhina, I clicked a few photographs, and got about composing posts (or chapters) based on ‘true stories’. Each post consists of a photograph with a small tale illustrated via typography. Additionally, they all have descriptions giving each picture a context.

Why just dogs? Because I like them! But rest assured this applies to the winged, the hoofed, and pretty much all of the animal kingdom at large.

It’s extremely important for us to care about the results of our actions. A lot of people who burst crackers believe that since it’s only for one evening, there is no real harm done. We don’t stop for a breath to picture the unforeseen consequences of this ‘one evening’. Chapter VII, for example, highlights the terrible truth behind noise pollution during Diwali. It is a true story based on Bruno, a lovely soul who suffered terribly during the Diwali of 2007, when he hurt his spine trying to seek shelter under furniture. That was the last Diwali Bruno walked.

Let’s have a safe, peaceful Diwali this time round. 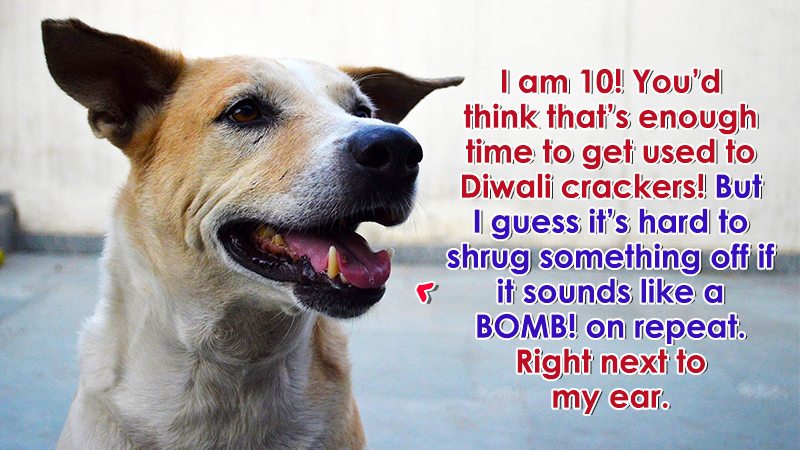 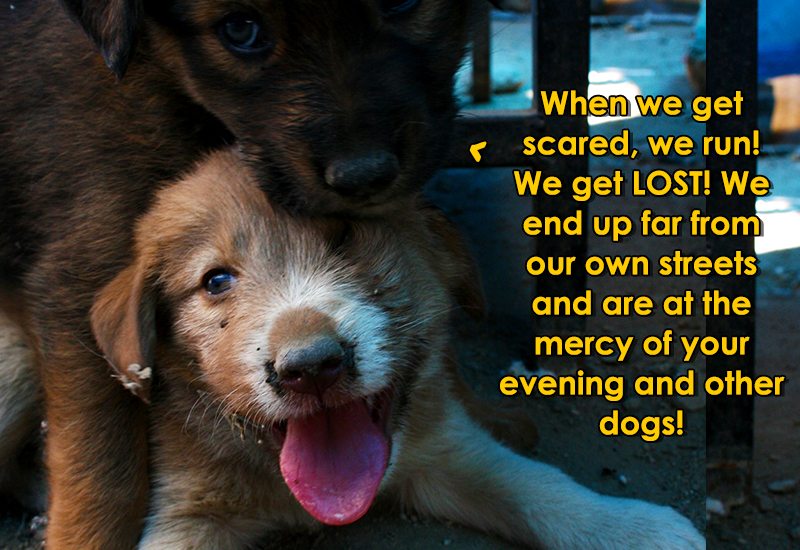 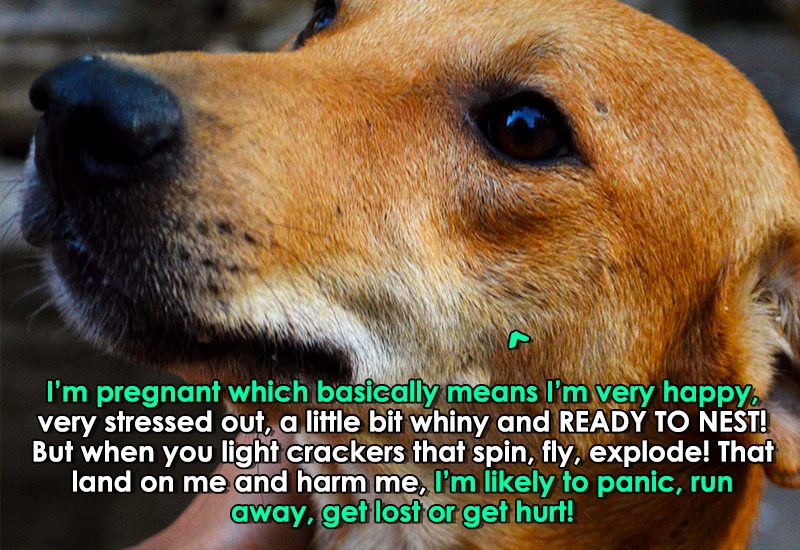 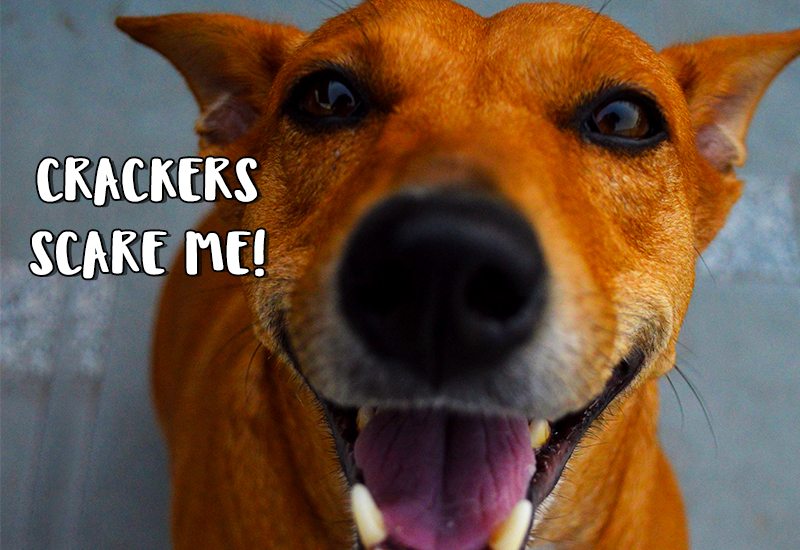 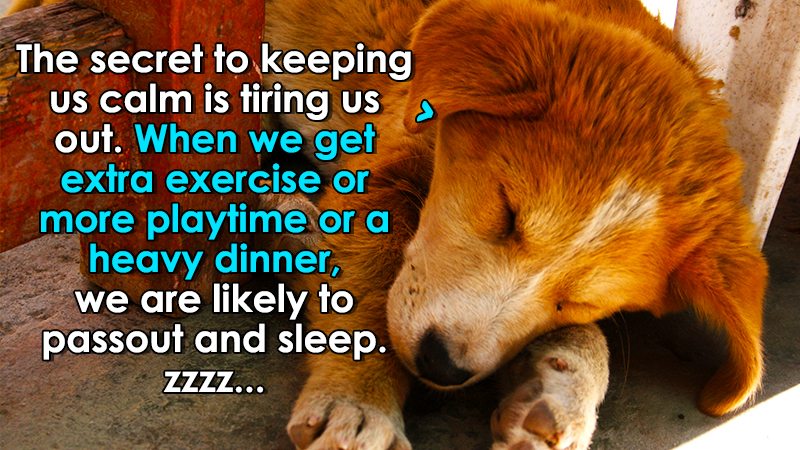 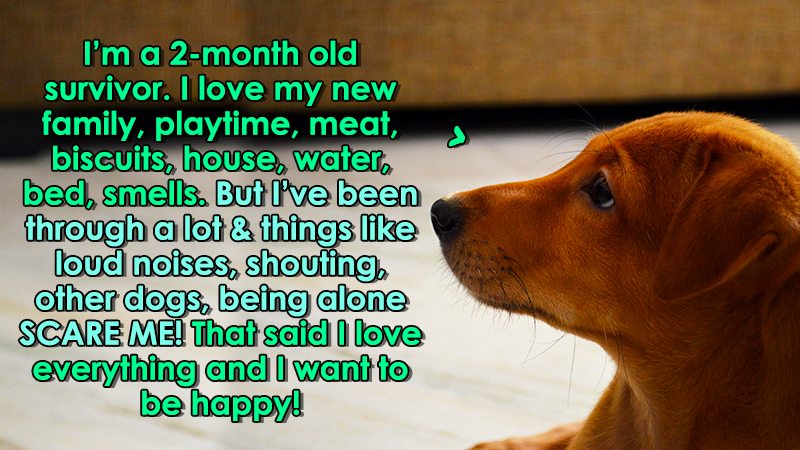 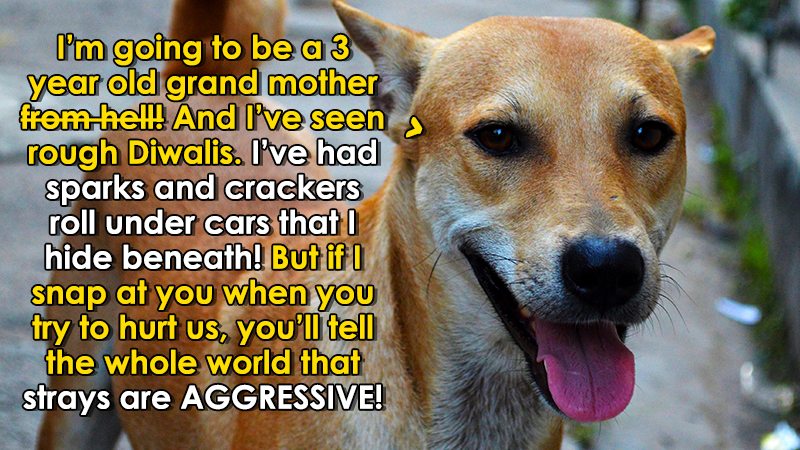 Note: The above images are an edited version of Trisha’s work. Her original designs can be viewed here.

Does Mandatory Community Service In School Do More Harm Than Good?

“How Will Things Change If The Youth Of India Supports The Caste System?”