How I Realised That India Is United As Ever

Crumbled black and white photographs of grandparents, sometimes stir me.

I often bump in to my mother’s lap with curiosity in my eyes, questioning about a time when India’s Hindus and Muslims knew no barrier, knew no odium. But a quick look at the morning newspaper shatters those oddities that hope for and love the Hindu-Muslim bond.

On Divisions And More

After the Uri attack, newspapers were flooded with articles on the army personnel that were killed by 4 militants. In place of confronting the matter with a sense of mutual delegation, the mass left no minute, no second to worsen the situation by posting their black and livid views on social media.

It was upsetting to encounter statements given by various people and the counter-comments that followed. Opinions have this intrinsic pull, that often people cannot resist claiming other’s right or wrong.

There even came a consideration whether or not Pakistani artists should be banned from Bollywood. The ideological and opinion differences divided not just the industry following their personal comments, but the whole country. And that is still visible.

It was between 1905 and 1940 that the British adopted the policy of ‘divide and rule’. Even after the British left, the damage had already been done. Hindus and Muslims developed an eye of suspicion towards each other. Post every issue, people are now supposed to show their support towards one side and prove their nationalism.

My political science teacher taught how our identities did not infer our ‘nationalism’ but patriotism did, how every human being had not just one but many identities to lug. If one would envision an identity and forget the other, it could lead to a huge conflict. How true does this sound when confronting today’s issues.

Few buoyant fellows and I, started a ‘unity drive’ via social media, to bring those issues where we seemed to be divided based on religious lines, and to find appropriate solutions for the same. To our ecstasy, we did have a good response in the beginning. 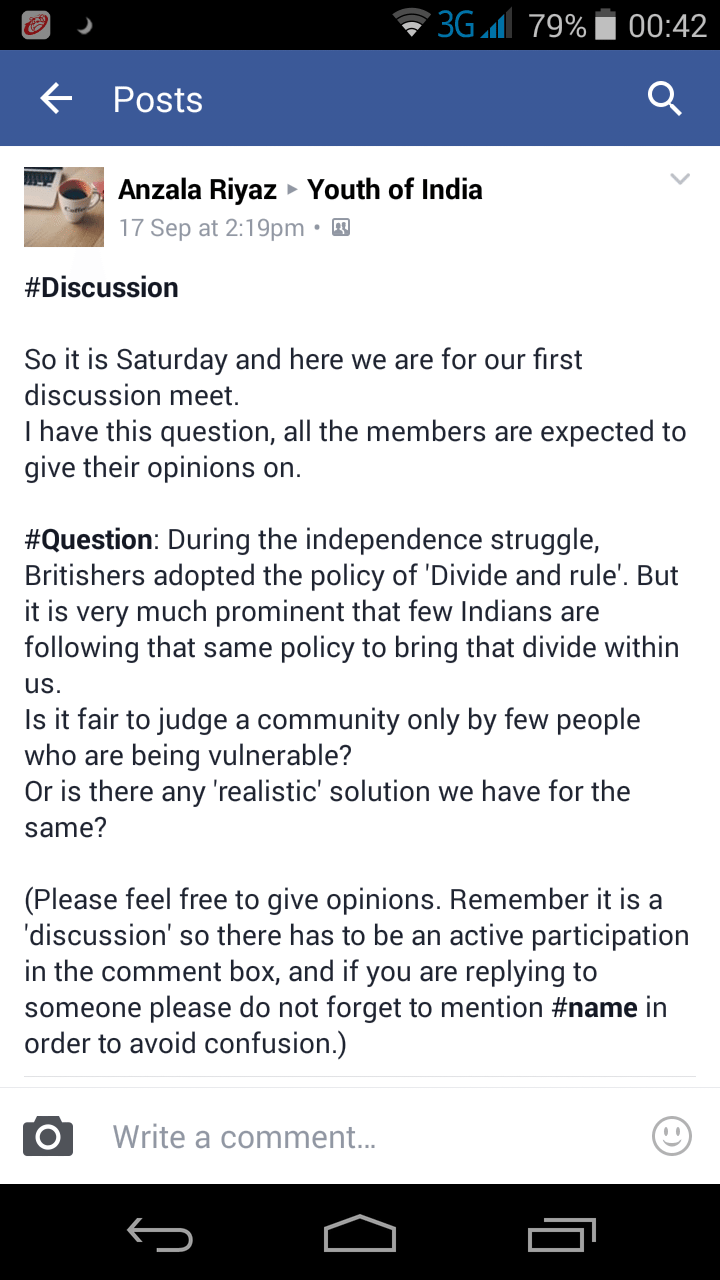 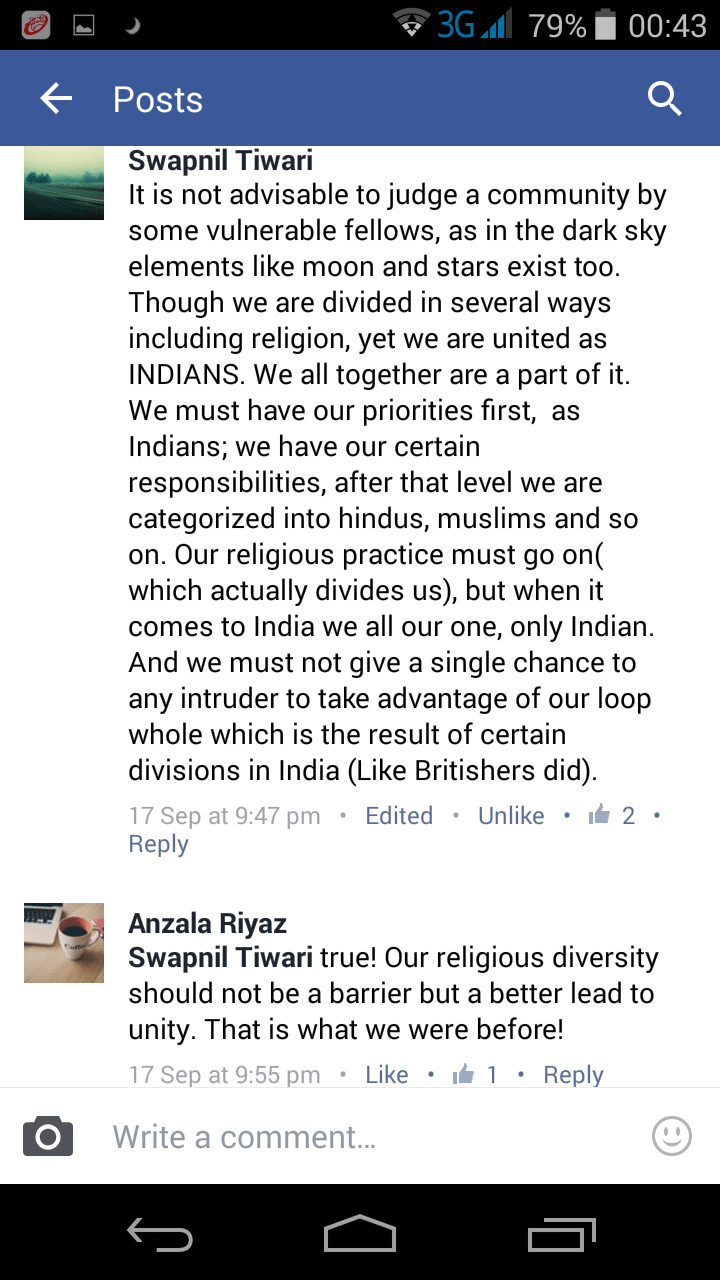 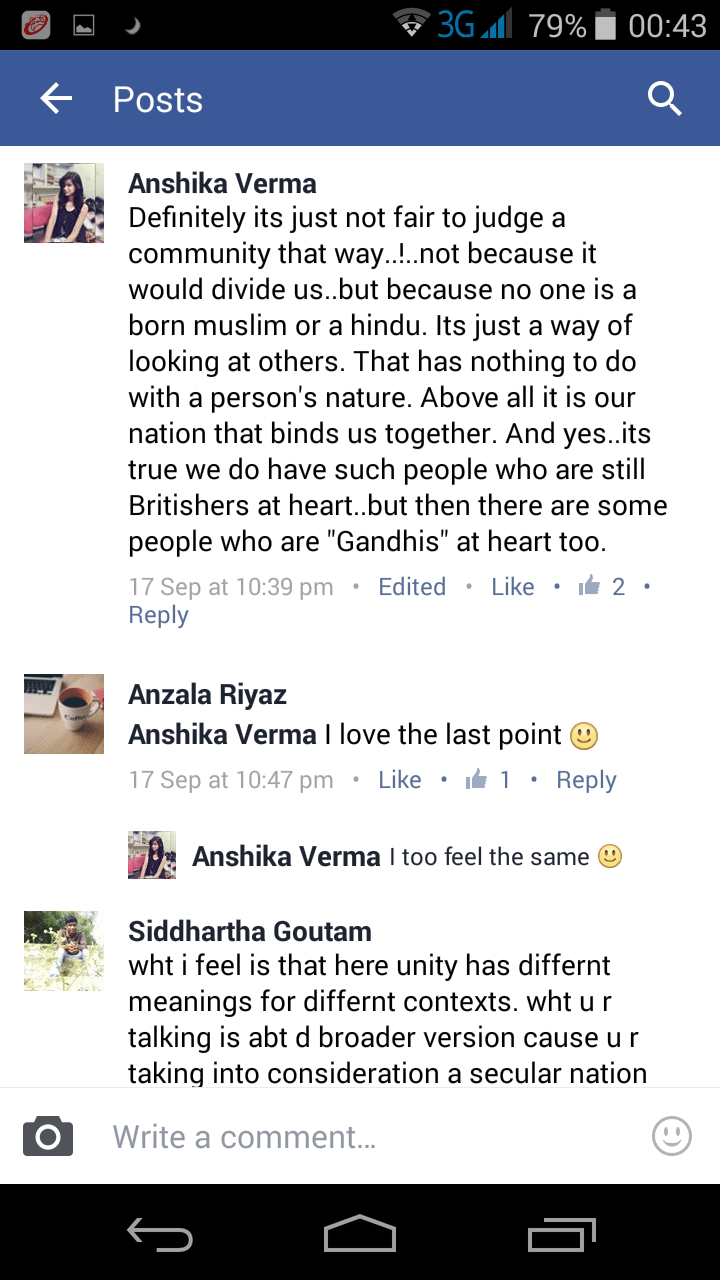 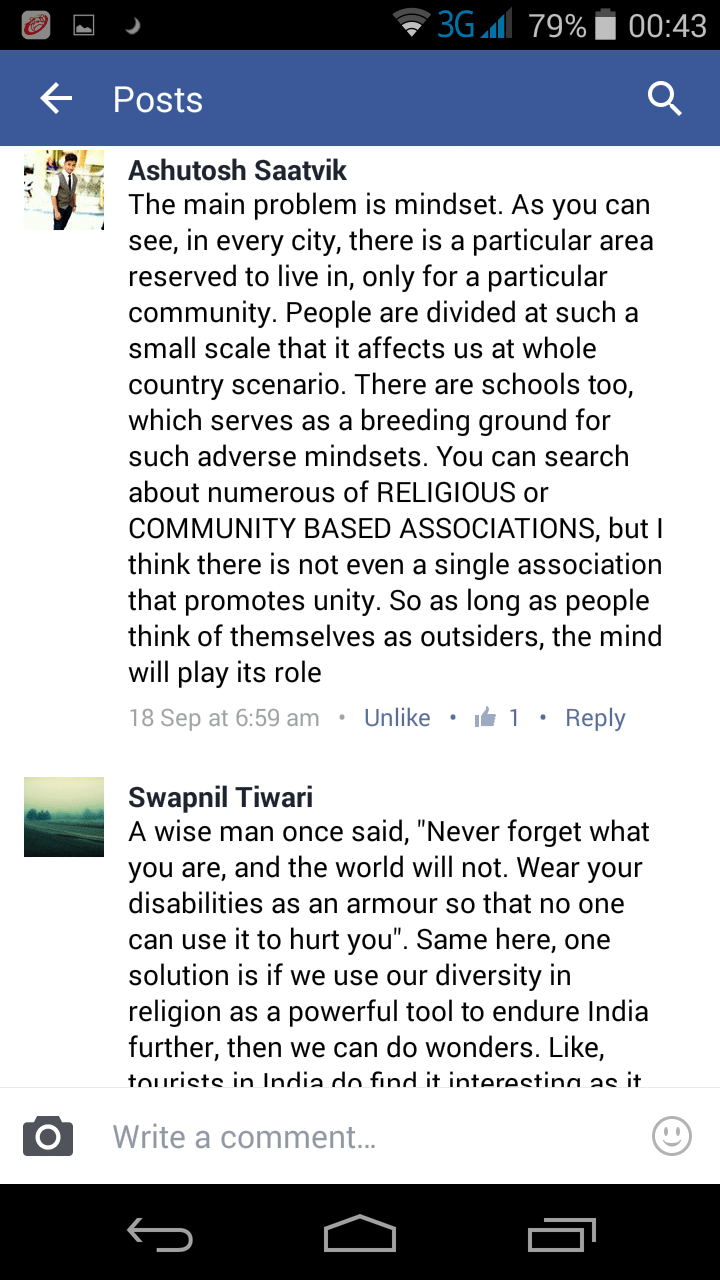 Now if you too read this piece of opinion and disregard it because you don’t find any hope left, please don’t just believe in just what is visible. Do your own survey and you would have this mass of thousands who want unity and are Indians because they all are diverse and united; and that is our beauty.

IS GANDHI FAMILY A BLESSING OR BURDEN FOR THE CONGRESS ?

How Men Suffer In A Patriarchal Society #InternationalMensDay

What is the right approach to using NCERT solutions for class 9 maths?