By Shikha Sharma in News

There seems to be no end to problems liquor baron Vijay Mallya’s currently faces. The UB group Chairman’s twitter account was hacked Friday morning by a group called ‘legion’ with the industrialist claiming that the group was blackmailing him.

A series of tweets appeared on Mallya’s Twitter account on Friday morning revealing supposed passwords of his various bank accounts. The owner of the now defunct Kingfisher airlines owes more than 9000 crores to various banks in India. He left India in March this year. 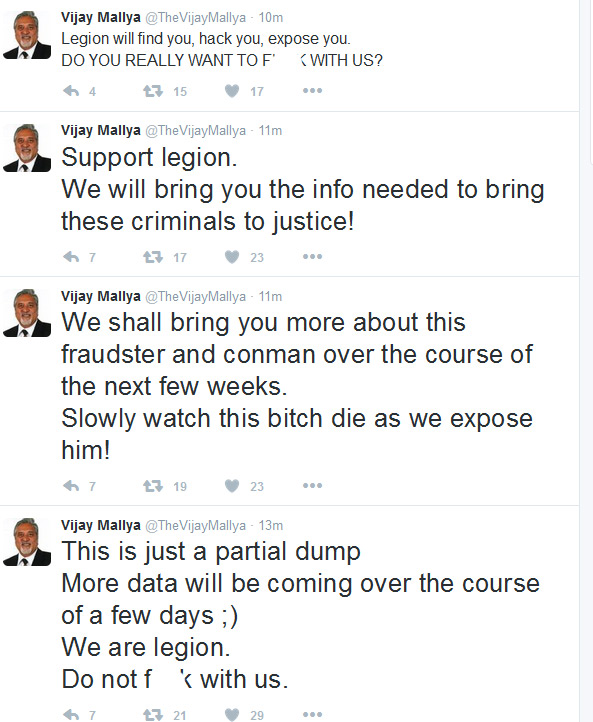