By Shivam Shankar Singh in Politics

The Model Code of Conduct are a set of rules that become applicable as soon as the Election Commission announces the election dates. These rules are essential for the conduct of free and fair elections, and they are designed to ensure that the incumbent government does not benefit unduly from being in power. Under the Model Code, once the election is announced the government is not allowed to launch new schemes or undertake recruitment drives.

The Election Commission of India announced the election for 5 states – Uttar Pradesh, Punjab, Goa, Uttarakhand and Manipur through a press conference at 12:00 PM on 4th January 2017. Within a matter of a few hours, the Congress Government of Manipur has allegedly already violated the Model Code and tried to complete a recruitment drive by falsifying documents and backdating the process.

The Directorate of Consumer Affairs, Food and Public Distribution Department had undertaken a recruitment drive for 34 posts, including that of Civil Supply Inspector. The candidates were called for interviews on 3rd and 4th January, 2017. Since the Election Commission’s Model Code of Conduct came into effect on 4th January, the government would have had to put the process on hold and not release the results. Instead of doing so, the Government of Manipur has allegedly released the list of selected candidates by backdating the results to 3rd January 2017. Interestingly, the name at the very top of the list of selected candidates, Okram John, is the nephew of the current Chief Minister of Manipur Okram Ibobi Singh. 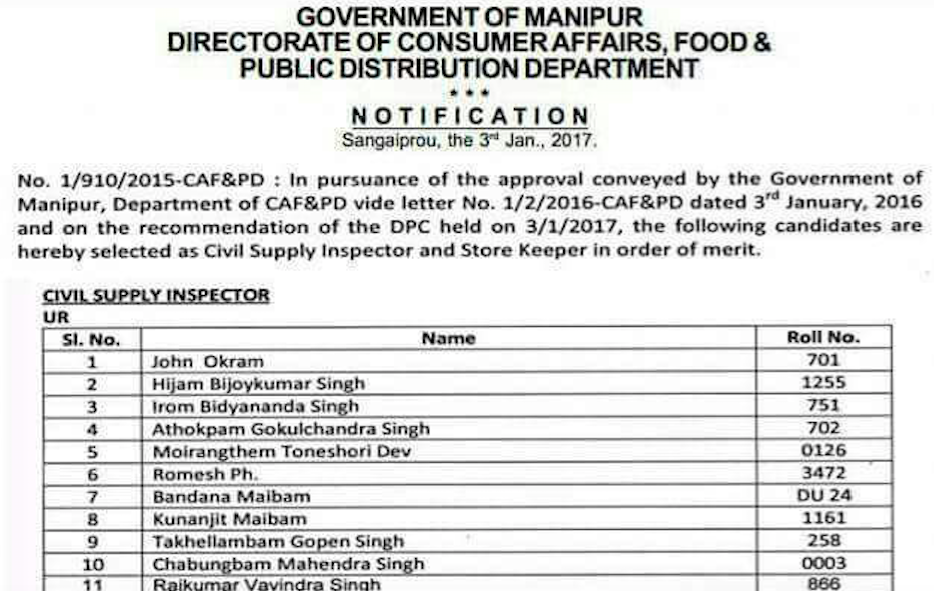 Multiple complaints have already been filed with the Election Commission in the matter and a reply is awaited.

The blatant disregard for rules is disconcerting, though not surprising in Manipur where the ruling government has often ignored rules and procedures to further it’s own ends. The incumbent Congress Government has never worried about getting caught, due to a lack of political opposition and trust in the remoteness of Manipur which has led to a lack of national media attention that allows them to get away with such abuse in the past.

Update:
The Election Commission has also issued a notice to the Government of Manipur to explain the discrepancies in recruitment and alleged violations of the Model Code of Conduct. A reply from the Government is expected soon. 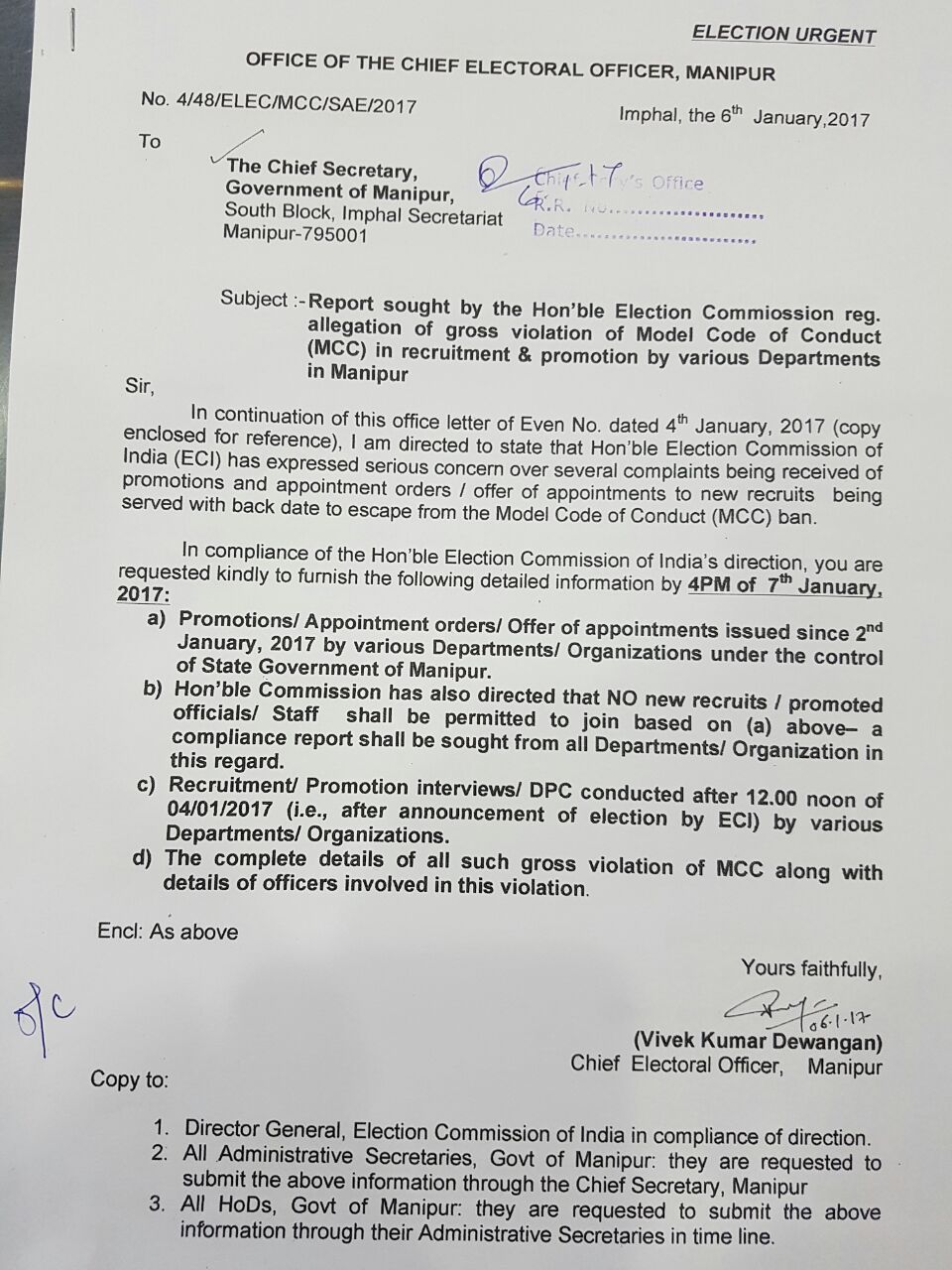 Opinion: When Will Indian People Wake Up To The Farmers Protest?