In Photos: How 1000 DU Students Conducted A Peaceful Rally Against ABVP’s Violence

By Aaqib Javeed and Khalid Khan:

Around 1000 Delhi University (DU) students along with a number of teachers on March 4 held a peaceful protest rally against the violence of the Akhil Bharatiya Vidyarthi Parishad (ABVP) members at Ramjas College that took place on February 22. The students who assembled at Mandi House started marching towards the Parliament Street Police Station and were chanting slogans of ‘Inquilab Zindabad’ and ‘Hallabol‘. The protesters were demanding police action against ABVP members who resorted to violence on February 22 after Delhi University had invited Umar Khalid, a Jawaharlal Nehru University (JNU) student, for an event.

DU Students were carrying placards which said things like – ‘We support Gurmehar Kaur because she supports peace’ and ‘Resist fascist takeover of university’. Party leaders from the left, including Parliament member Sitaram Yechury and Jawaharlal Nehru University Students’ Union leaders – Shehla Rashid Shora, Umar Khalid, Kanhiya Kumar and others were also present on the occasion. Najeeb’s mother also joined the anti-ABVP march. Najeeb has been missing for many months.

Aaqib Javeed and Khalid Khan turned their lens to cover the rally: 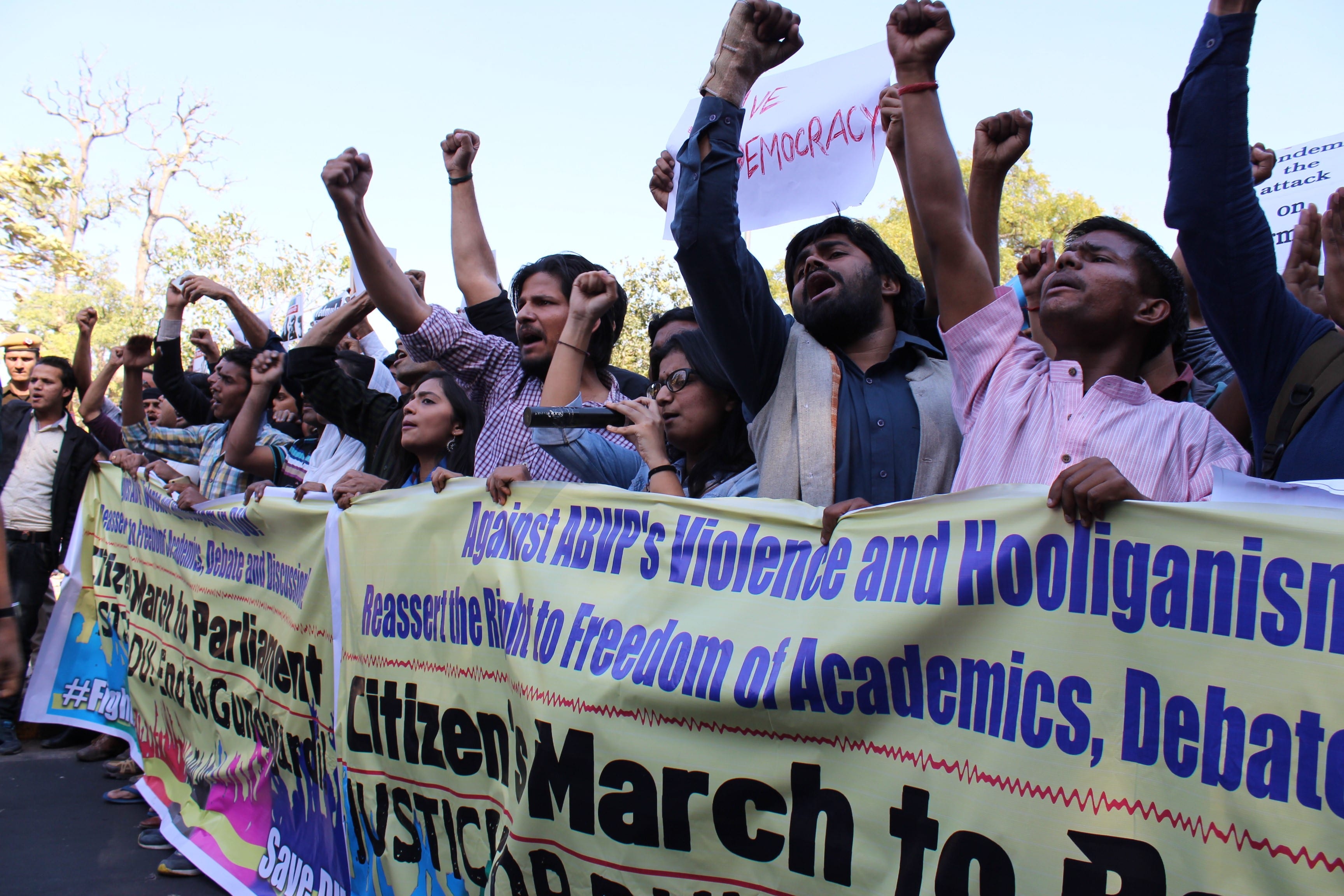 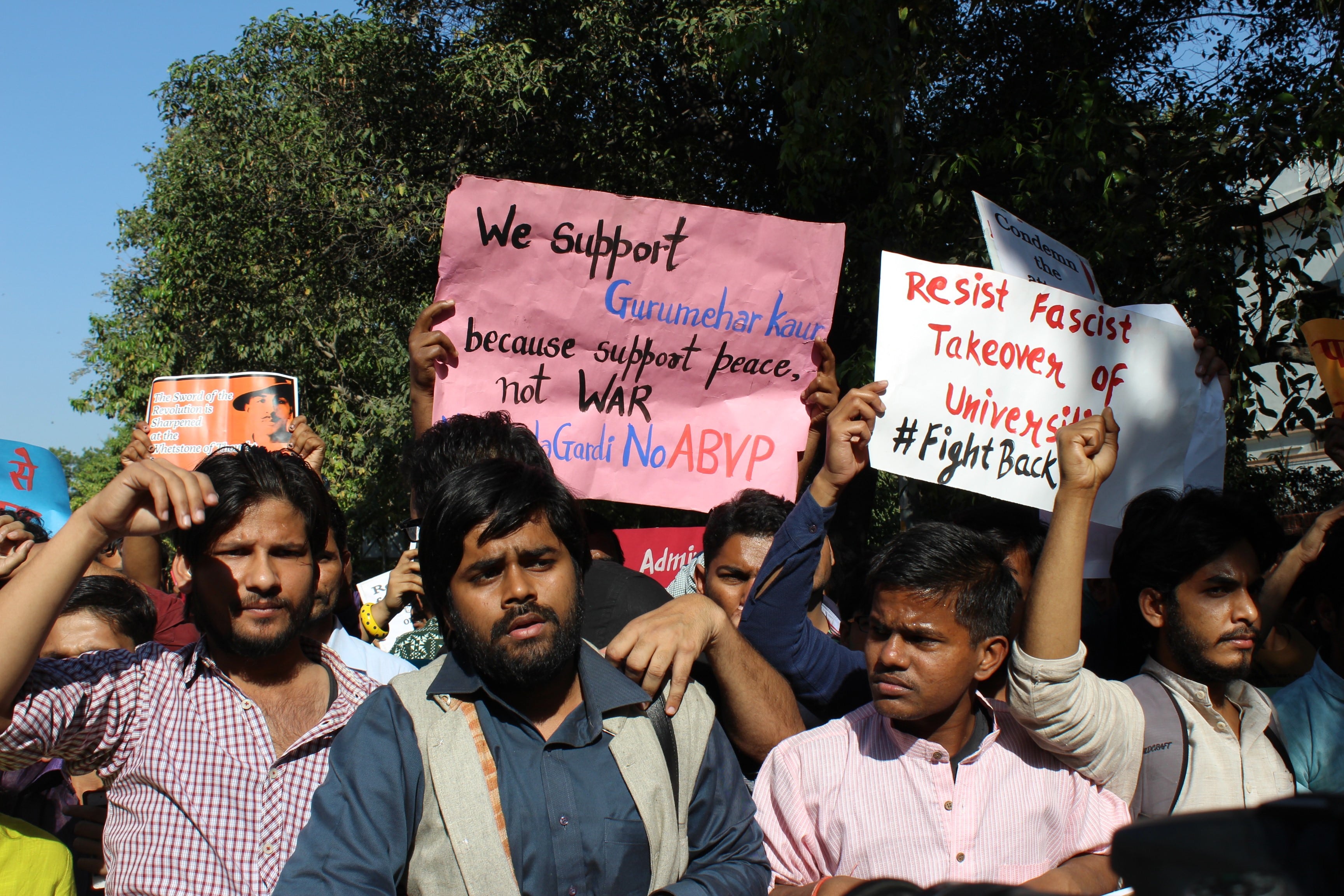 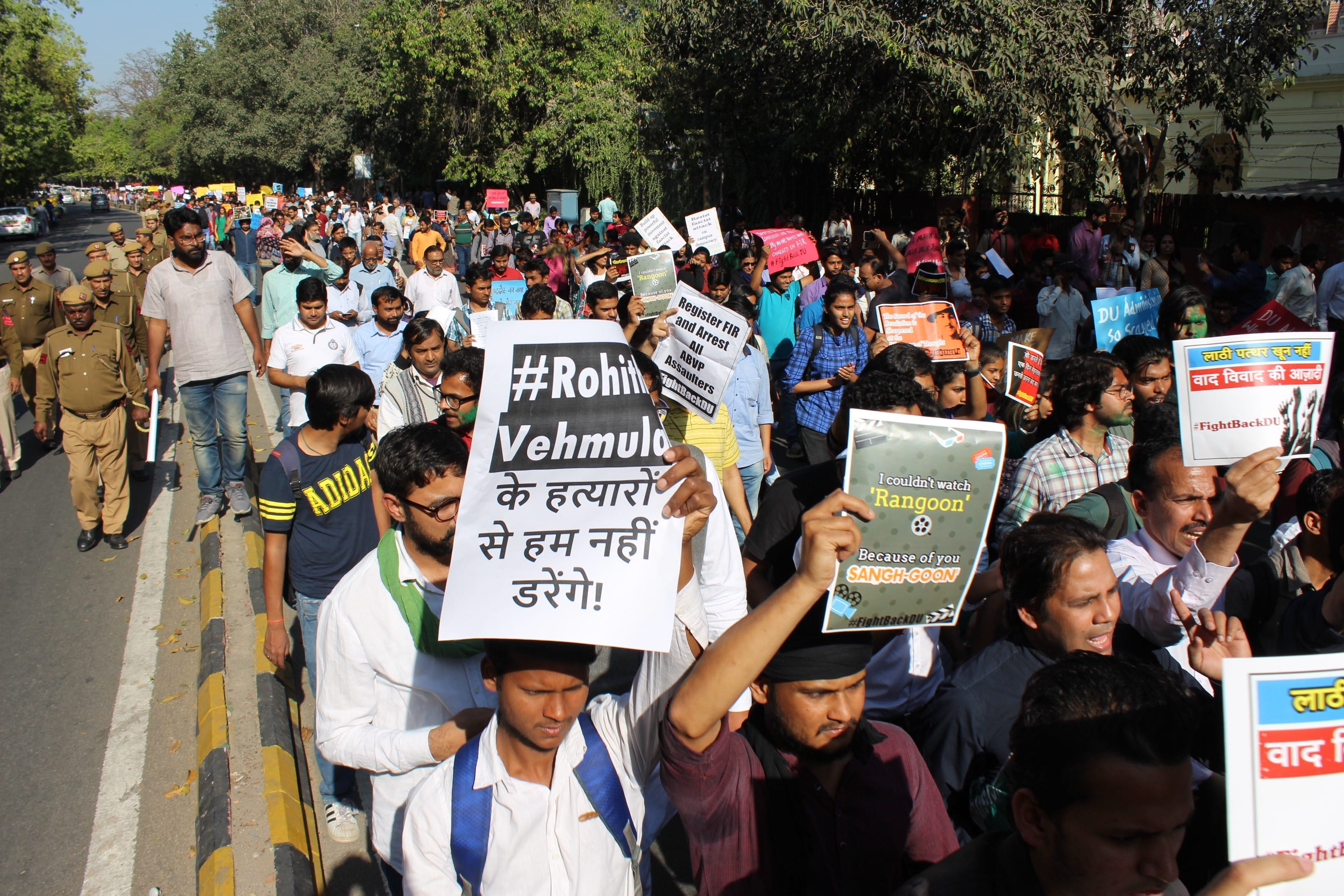 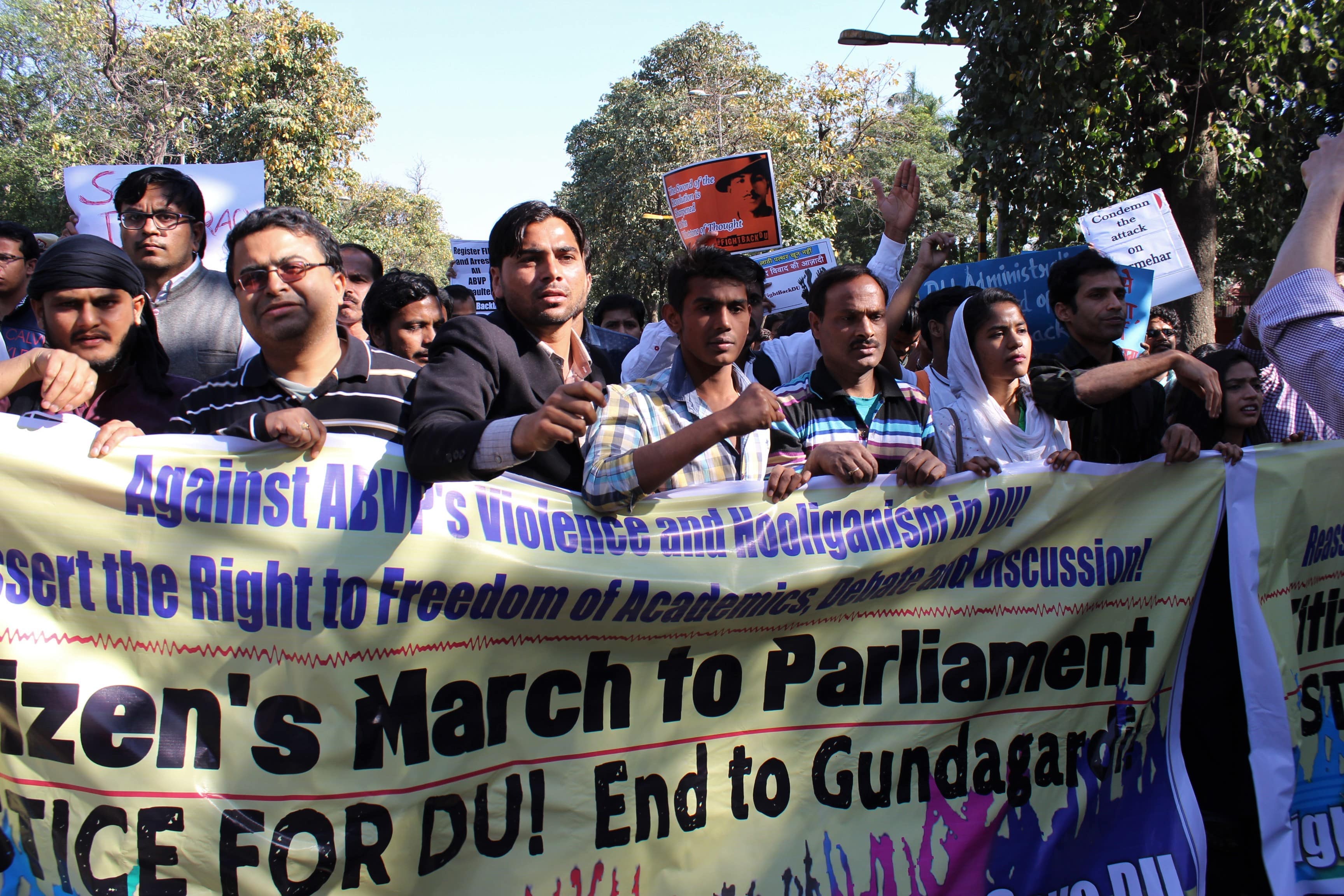 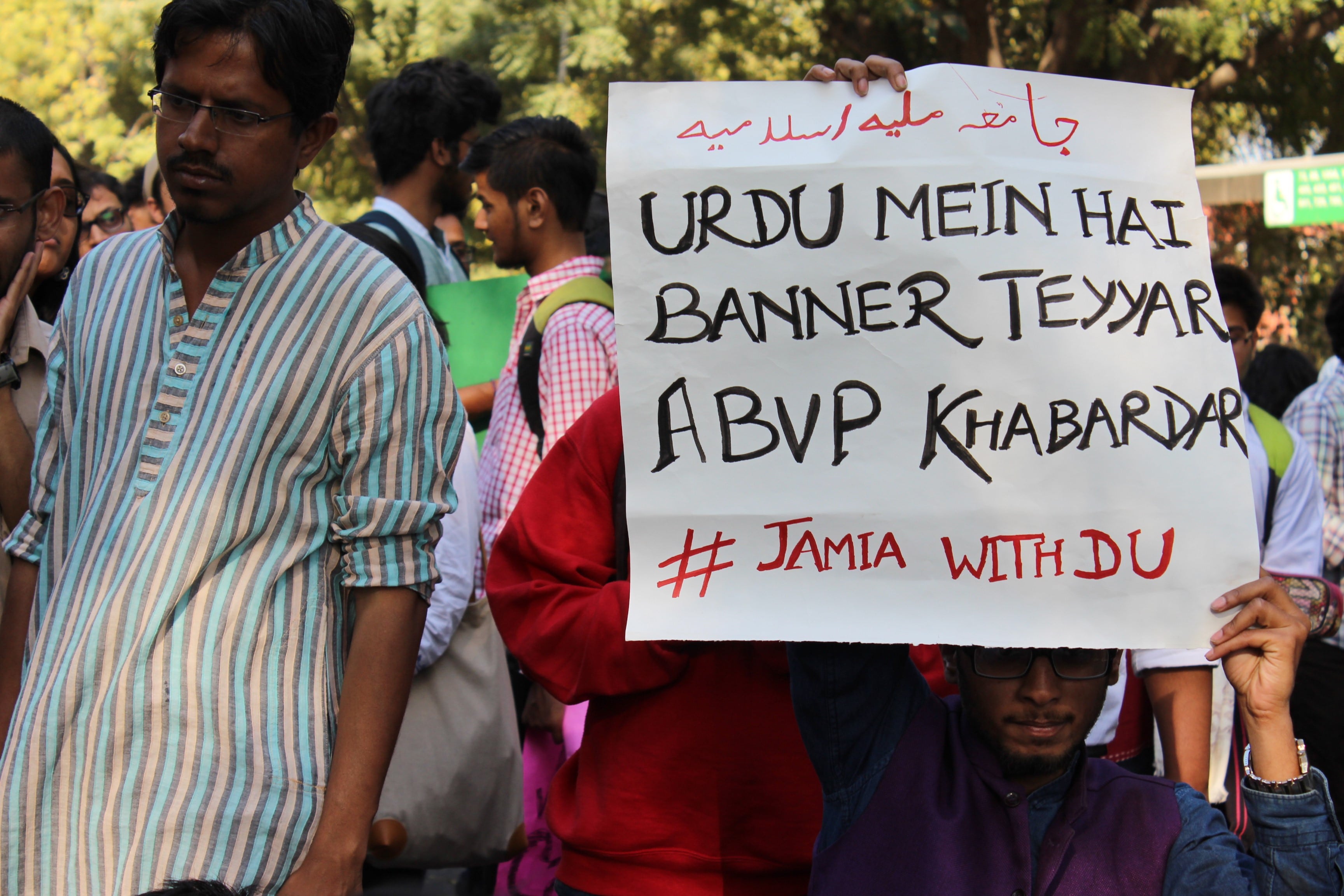 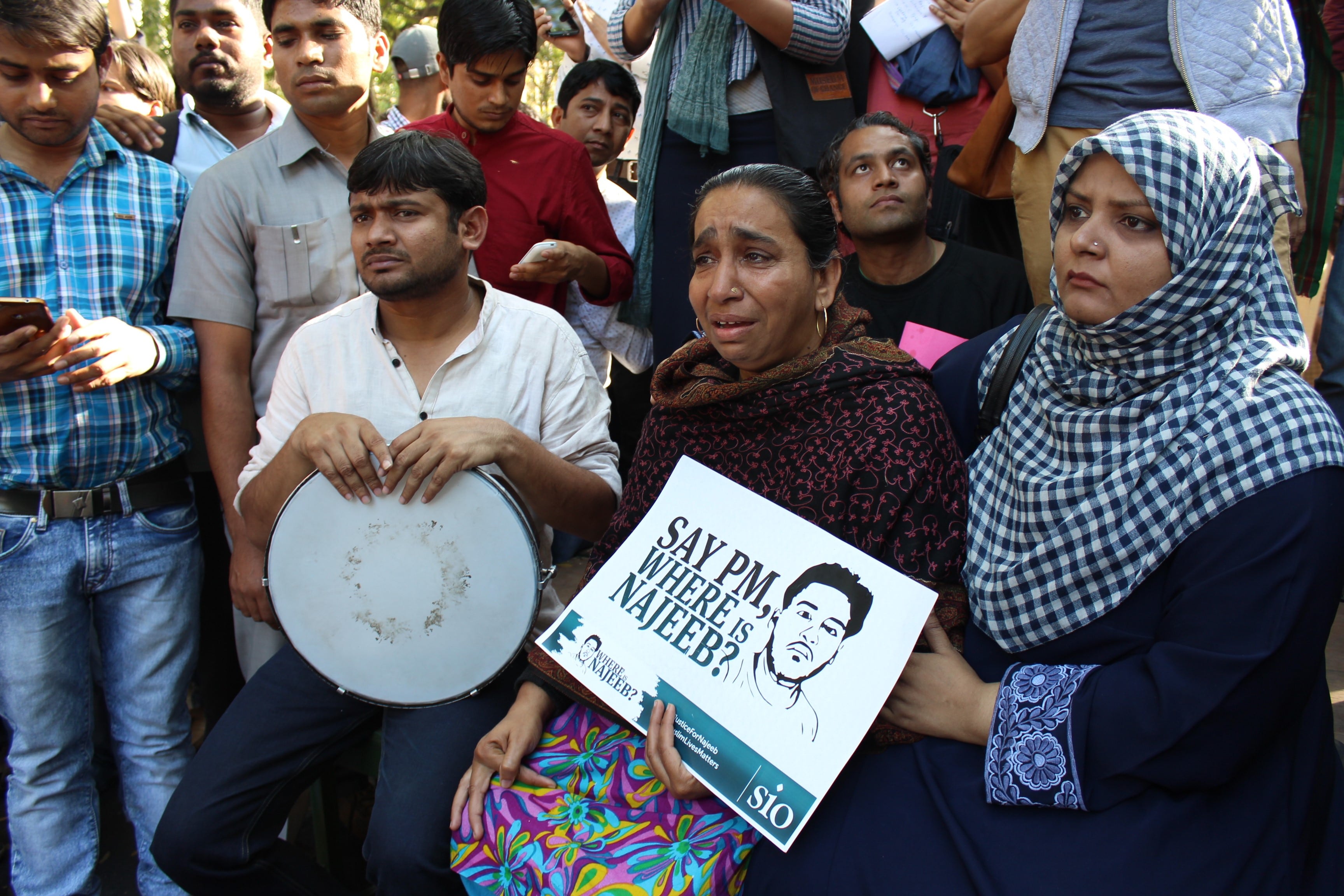 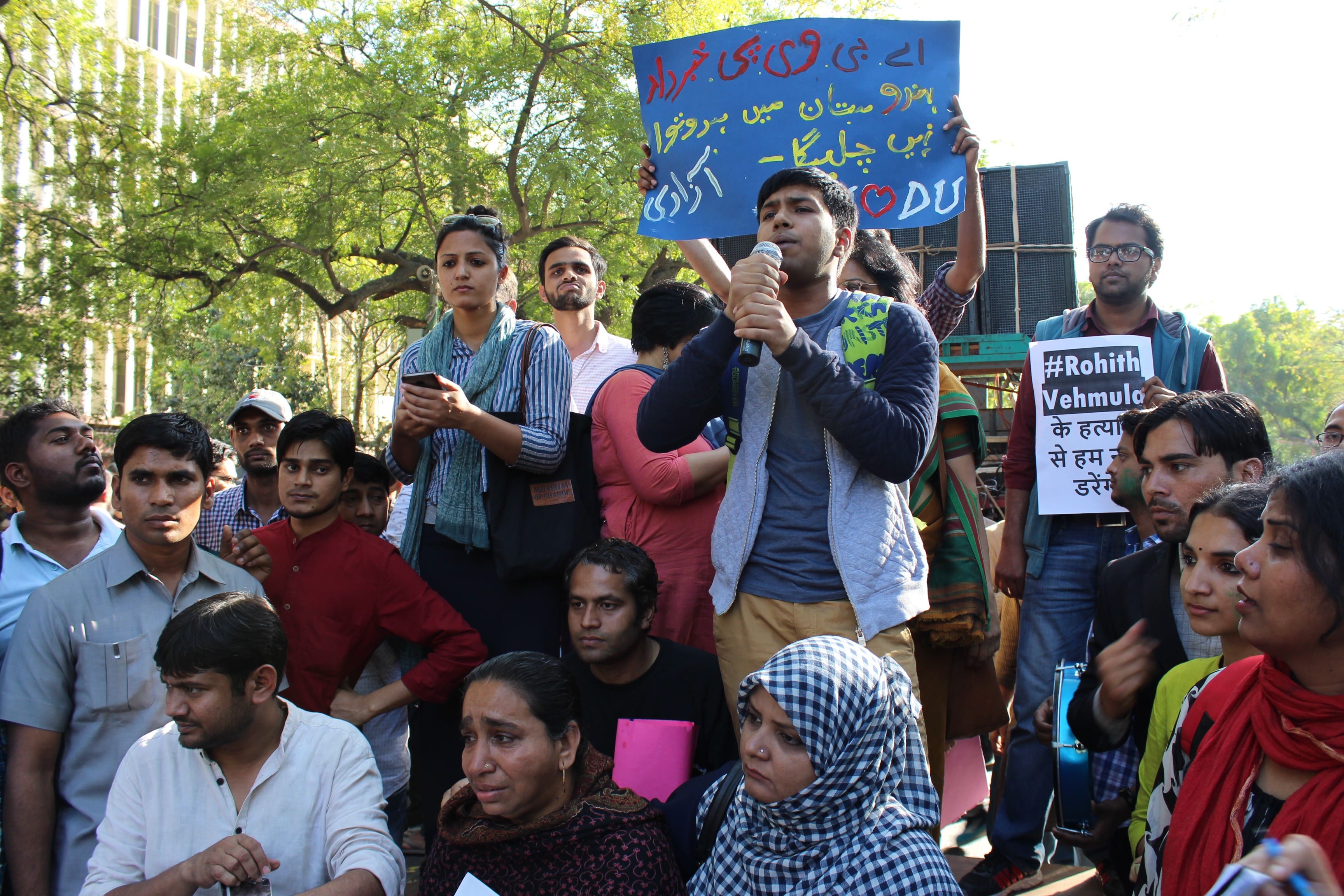 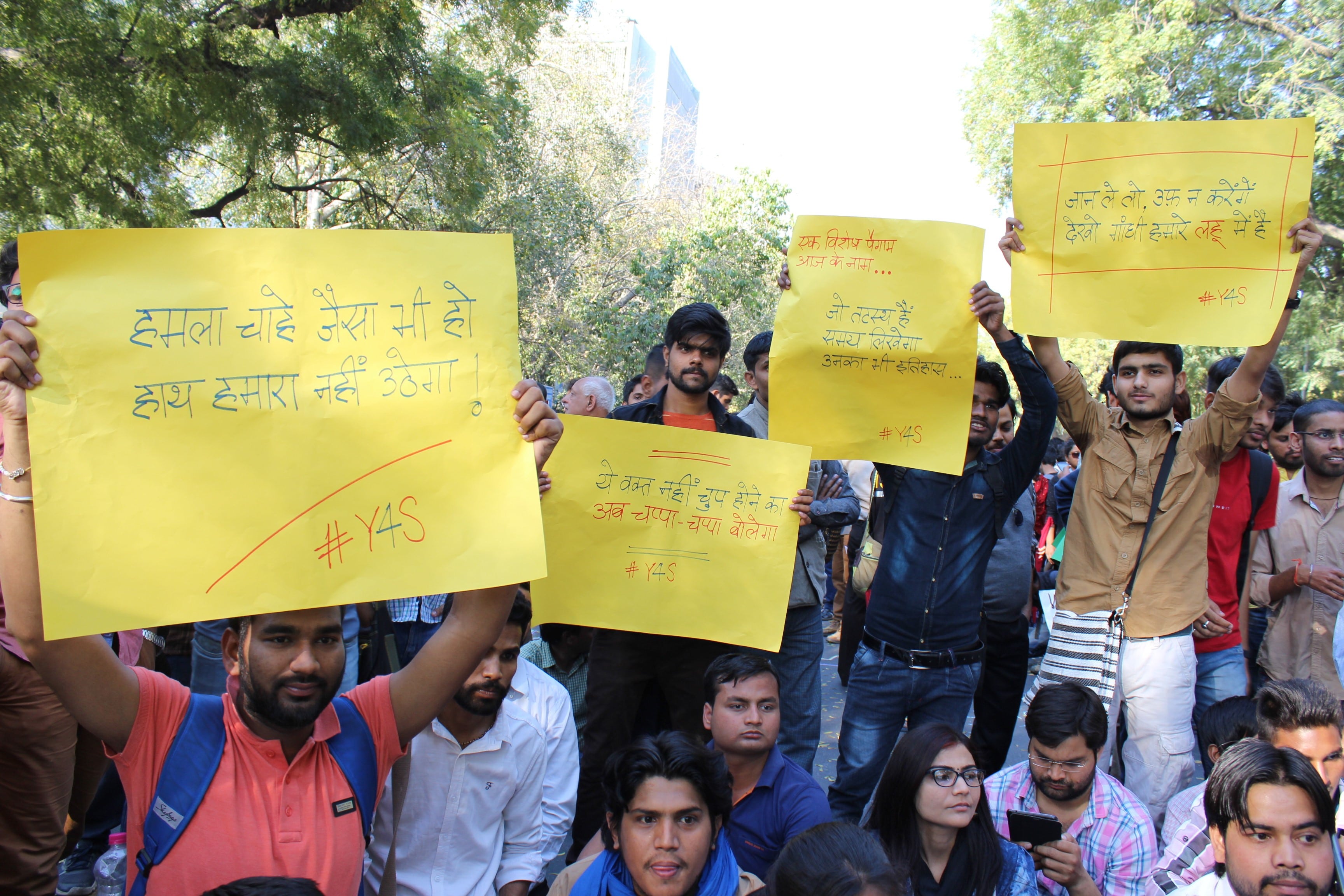 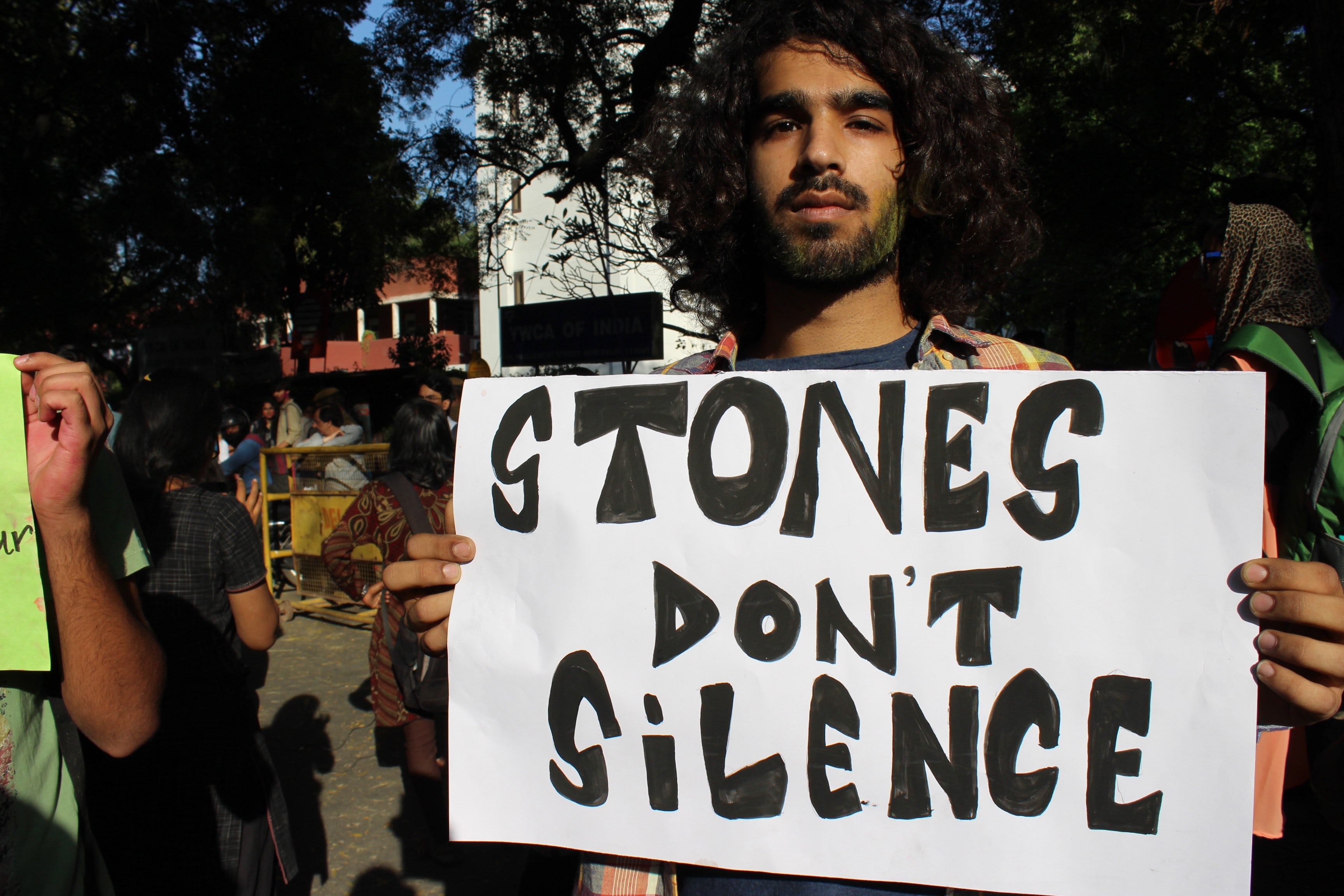 Khalid Khan is a freelance journalist based in New Delhi. He completed his master’s in Convergent Journalism from the Central University of Kashmir in 2015 and his photo stories have appeared in The Citizen and he regularly contributes to newspapers as well.

Aaqib Javeed is a freelance journalist based in New Delhi. His stories have also been featured in Huff Post, The Citizen and other publications.