Editor’s Note: This post is a part of #InDeepShit, by WaterAid India and Youth Ki Awaaz to understand the reality behind the inhumane practise of manual scavenging in India. You can speak up against this form of discrimination and share your views by publishing a story here.

As a student living in India, I would often hear stories of my friends studying abroad, who would go on road trips- backpacking in the UK, a short trip on the East Coast of the US, and the likes. I have had my fair share of road trips here in India, but nothing compared to the experiences that my friends shared. Reason? Contemplating long-distance travel always brings to mind a glaring issue – toilets.

The Modi government’s Swachh Bharat Mission promises access to clean sanitation for all citizens and recently, the National Highways Authority of India (NHAI) has reportedly begun building toilet rest-stops at every 50-km stretch on national highways for the same. Given that this government has been aggressively promoting tourism on a large scale across the country, there’s no doubt that this is welcome news.

But truth is, building toilets is only one part of the issue. In many cases, these toilets are hardly in fit condition to be used. Cleanliness, maintenance and hygiene are prime concerns for those using public conveniences in the country. And India’s toilet problem is not faced by long-distance travellers alone. Urban areas, too, have public conveniences, but maintenance is so low, that people avoid using them. And in all this, the ones suffering most, are the women.

We spoke to seven women about their travel experiences to find out their stories of dealing with India’s toilet problem. Here’s what they had to say:

For Women With Medical Conditions, Daily Commute Can Be A Nightmare 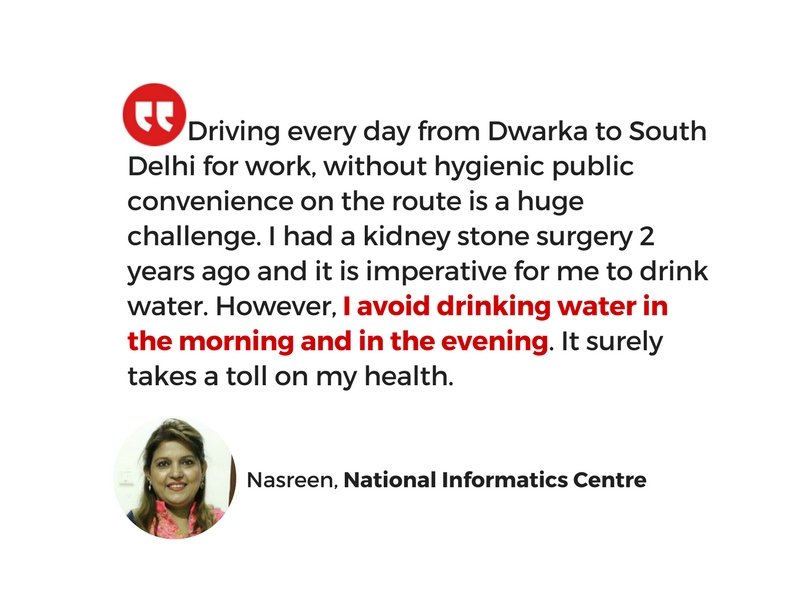 For Many, It’s A Difficult Choice Between Embarrassment And Illness 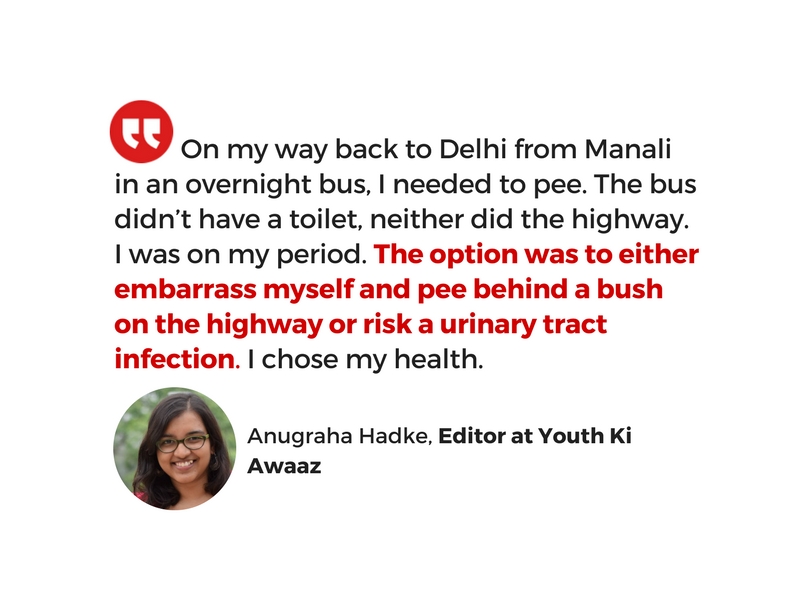 For Menstruating Women, Fear And Risk Of Contracting Infections Is High 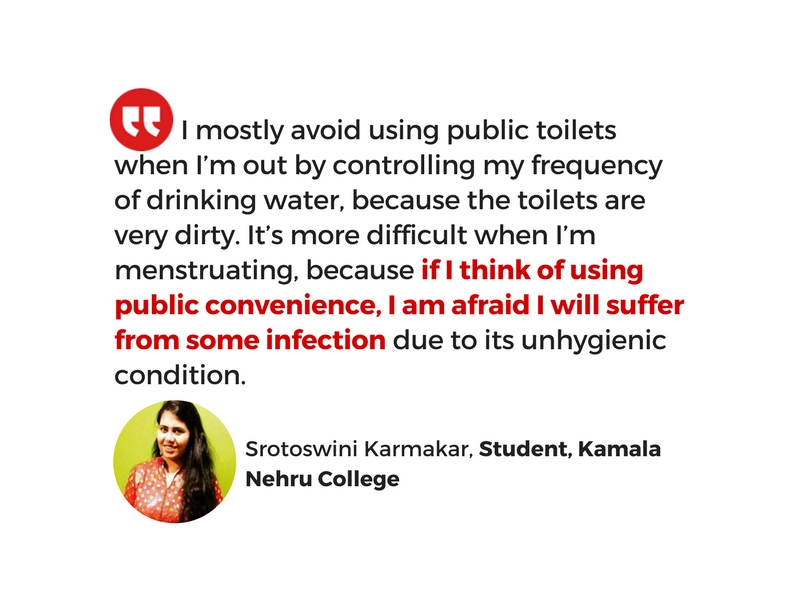 Despite Laws In Place, This Is No Country For Trans-Women 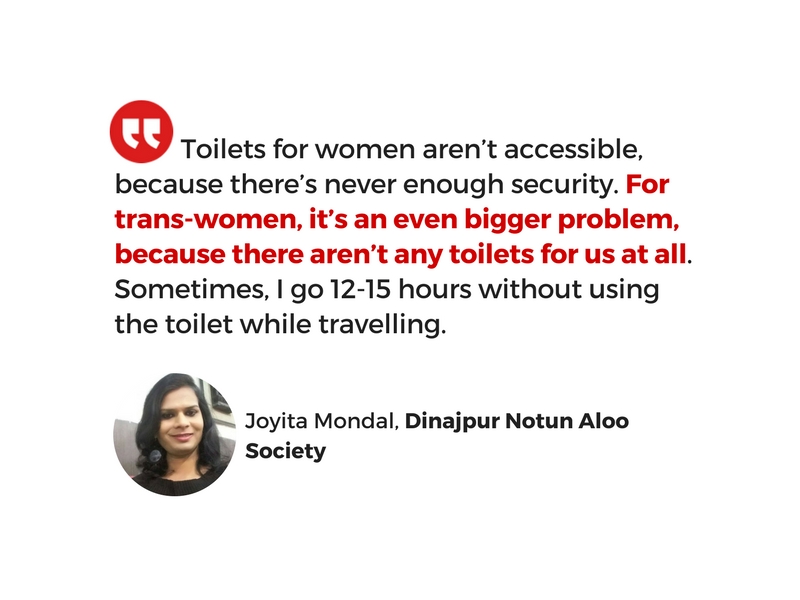 Travelling By Train Is Far Preferred In Terms Of Toilet Accessibility, If Not Cleanliness 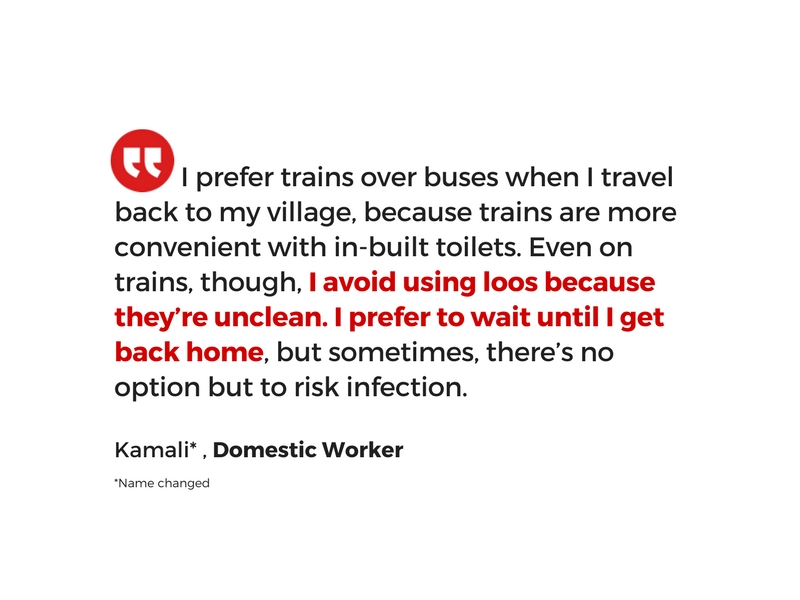 The Needs Of Women With Disabilities Remain Ignored And Unaddressed 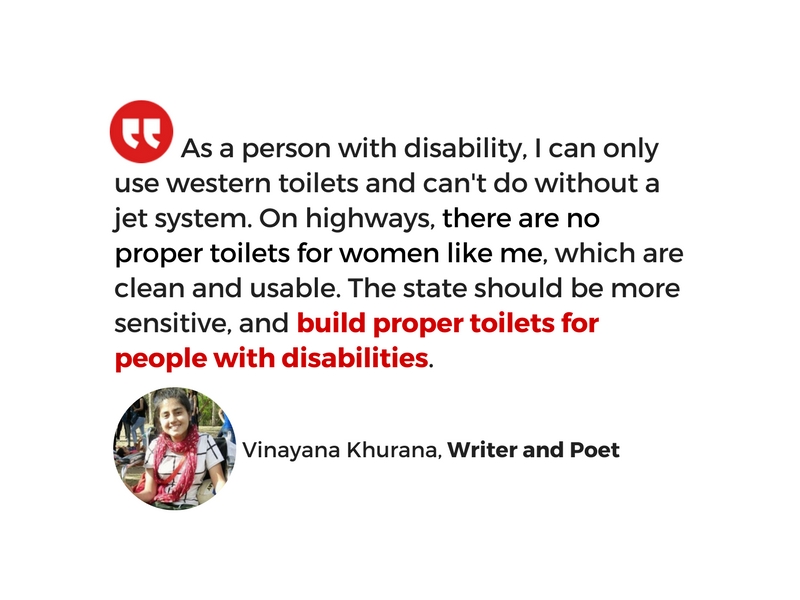 For Many Elderly Women, Indian-Style Toilets Will Just Not Do 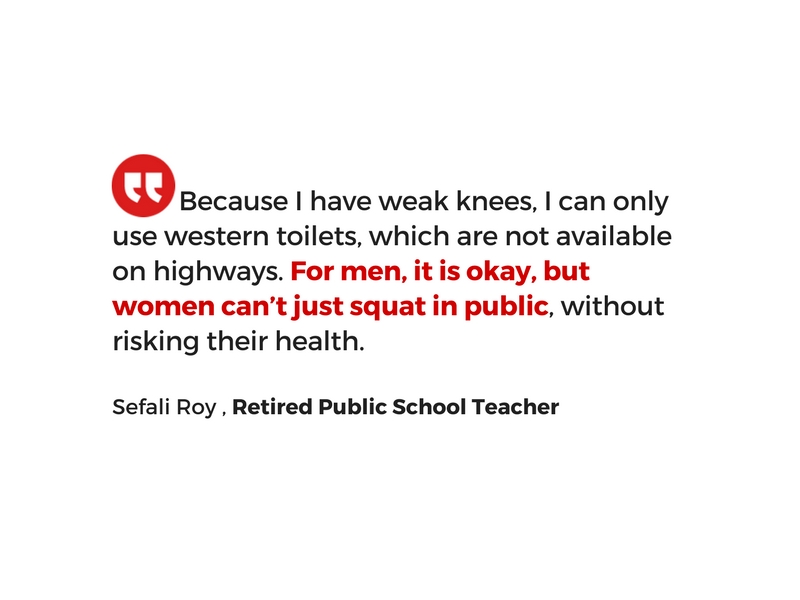 As of 2016, under the Swachh Bharat Abhiyan, the government has already built over 1 crore toilets across the country. Yet, the above stories indicate that the situation remains bad. Despite toilets being built across schools, it was revealed that 56.6% of students preferred to defecate openly. In rural and urban poor areas, women are still forced to defecate openly, which doubles the threat of sexual violence against them.

It is still estimated that if you counted the number of people in India still waiting for a toilet, the line would reach the moon! Given the situation, then, the unresolved question on our lips, for now, remains: Achche din kab aayenge (when will the “good days” come?