From Buses To Trains, These Photos Vividly Capture The Lives Of Women Travellers In Mumbai

By Safecity in Sexism And Patriarchy, Society

”I had a really scary encounter in Dombivli in an auto. The driver stopped to pick up his friend and then rode past my destination. This was at 10 pm. I felt so helpless,” says 20-year-old Saniya Shaikh.

As a part of Global Anti-Harassment Week 2017, Safecity launched the photo exhibit ‘Reclaiming City Spaces’ at an event entitled ‘Reclaiming Public Spaces: Challenges in Local Transport’. The event extended the conversation on public space access for gender minorities and featured an engaging panel comprising of advocate Audrey D’mello, director of Majlis Law’s RAHAT program and Dr Shilpa Phadke, School of Media and Cultural Studies, TISS and author of “Why Loiter”?

Devina and Ojas travelled across the city for their photo series, in all modes of public transport available in Mumbai and traced these stories of acceptance and resistance. They explored ideas of freedom and equality and looked at the lack of reporting for the gamut of sexual harassment faced by gender and sexual minorities while travelling on a day-to-day basis.

Through the course of the project, they sensed the lack of awareness regarding sexual harassment. Most of us are all too familiar with the beady eyes and the ‘ghoorna’, but not many of us acknowledge the violence of lecherous stares, as sexual harassment usually implies a more grave, physical offence. Not many of us know that it is a crime punishable by law. Amidst all these stories, they also experienced many moments of sisterhood, of understanding and protection, and the familiar cocoon of the women’s compartment.

The duo has collaborated in the past to put together interesting projects around gender and sexuality in India. This photo series evolved from those experiences. By following women commuters in Mumbai, they discovered the insidious truths we all deal with. They attempted to highlight the omnipresence of sexual harassment and question the normalisation of the same. The exhibition aimed to take the viewer on a journey of the everyday woman traveller, from bus to train to auto, and notice all the categories of harassment at every part of her commute. 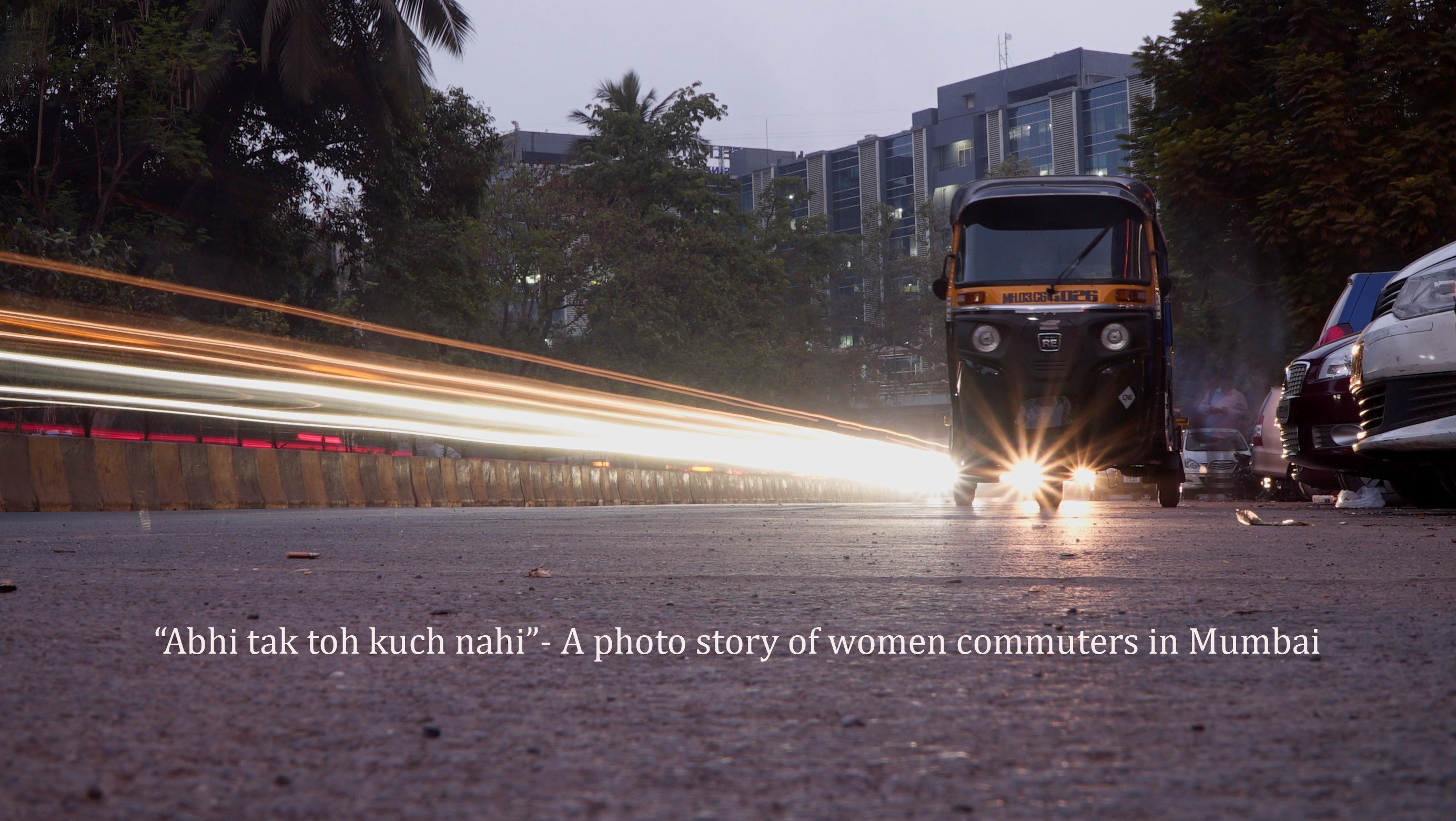 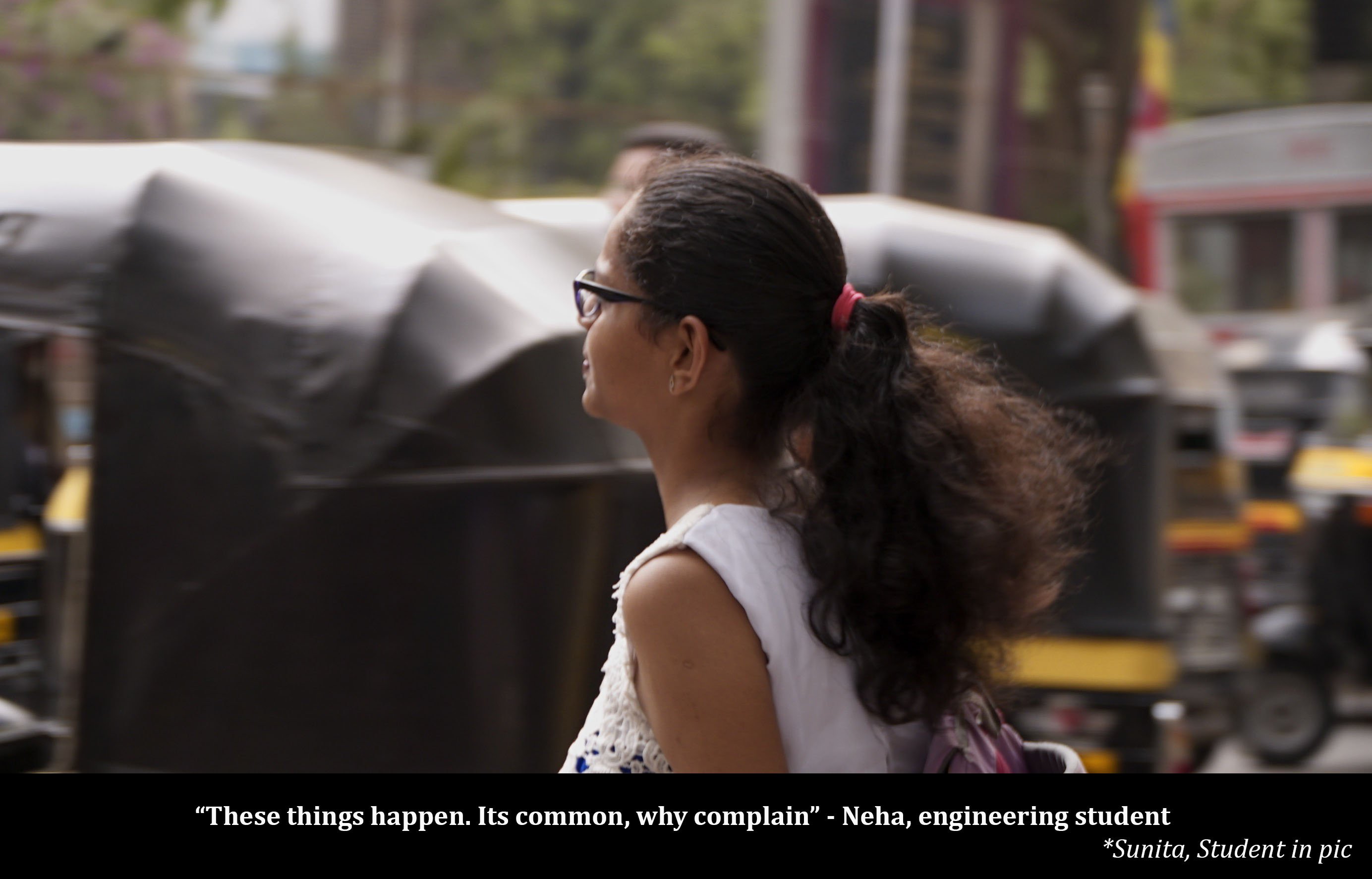 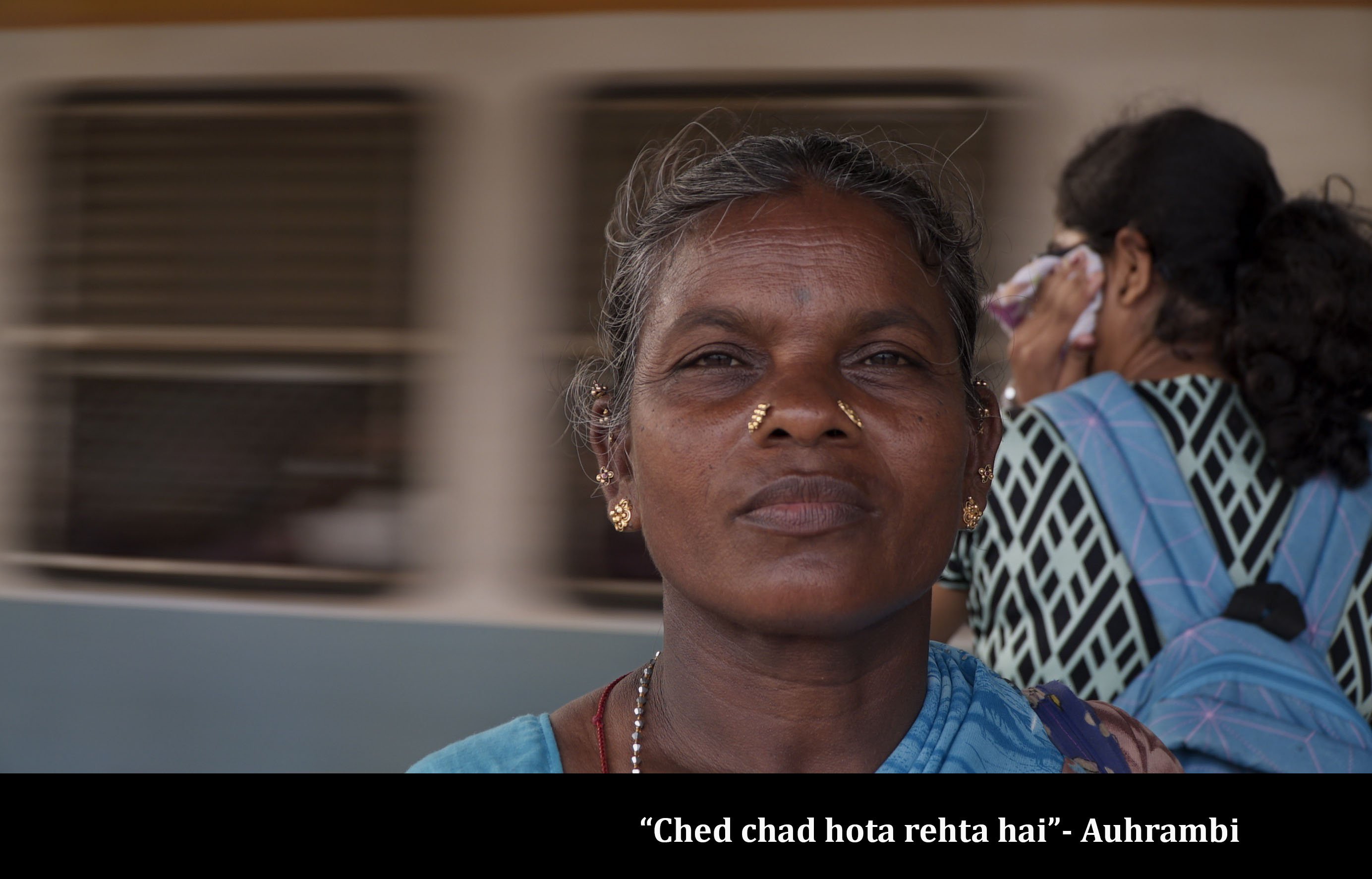 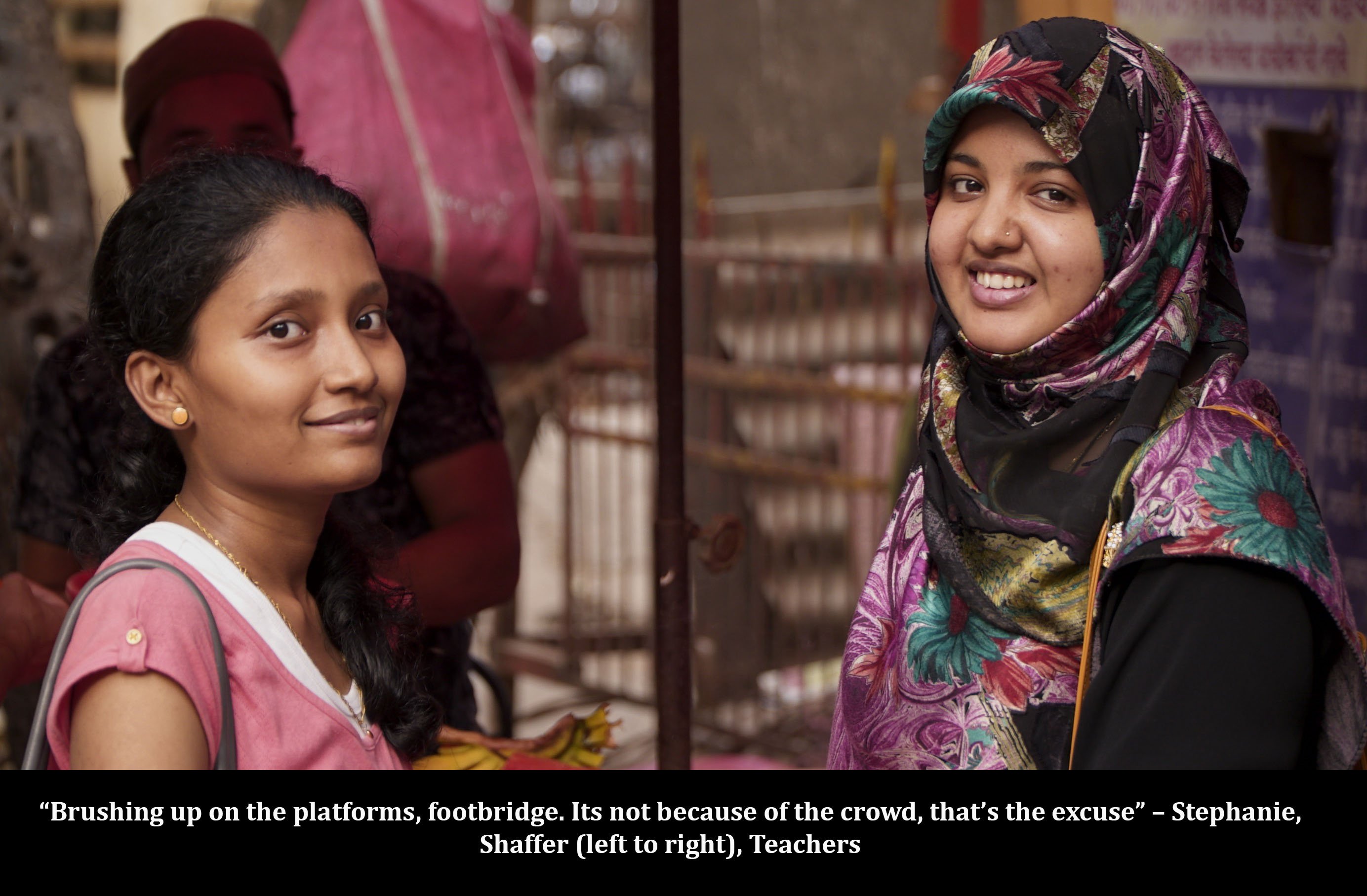 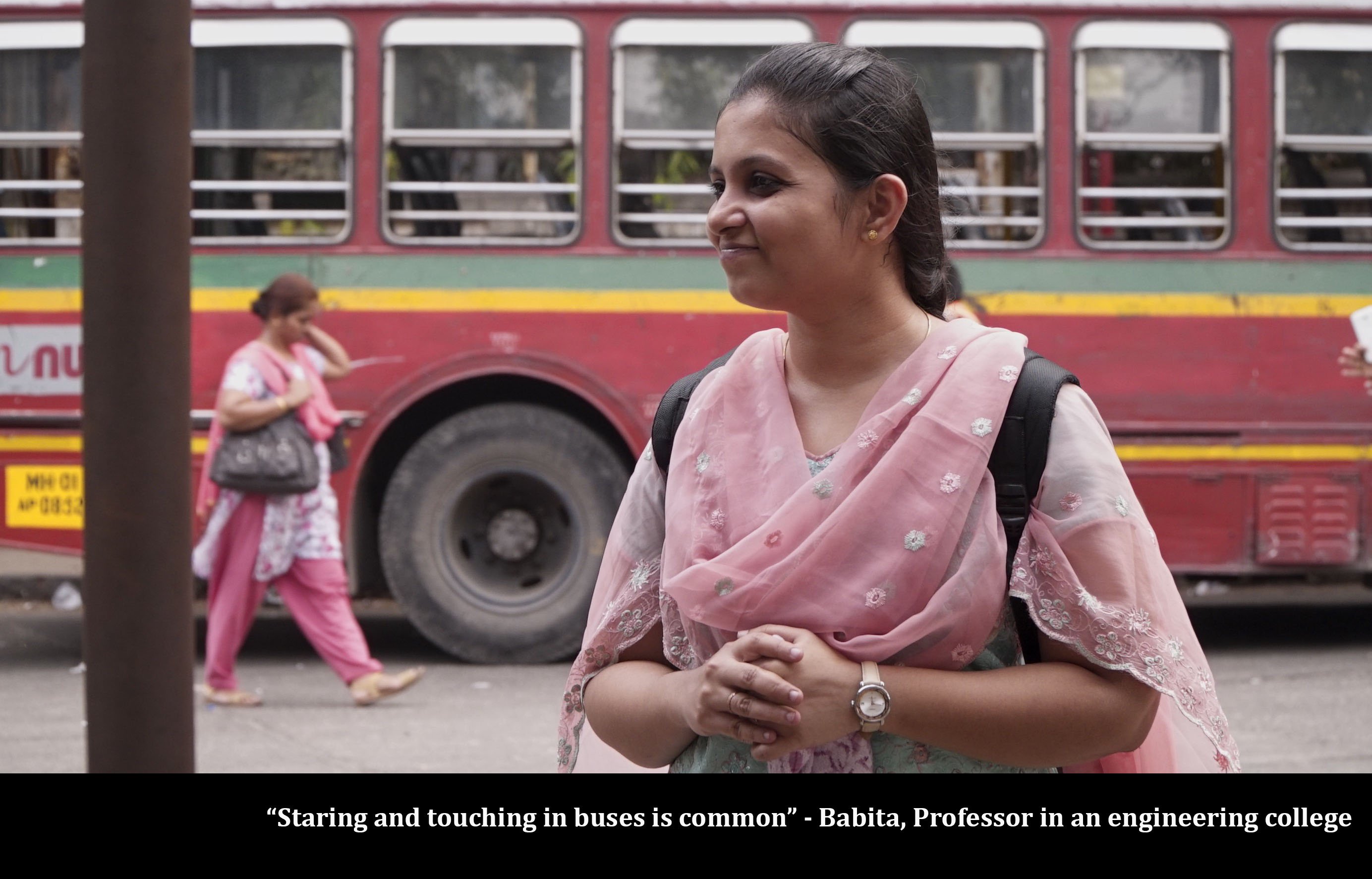 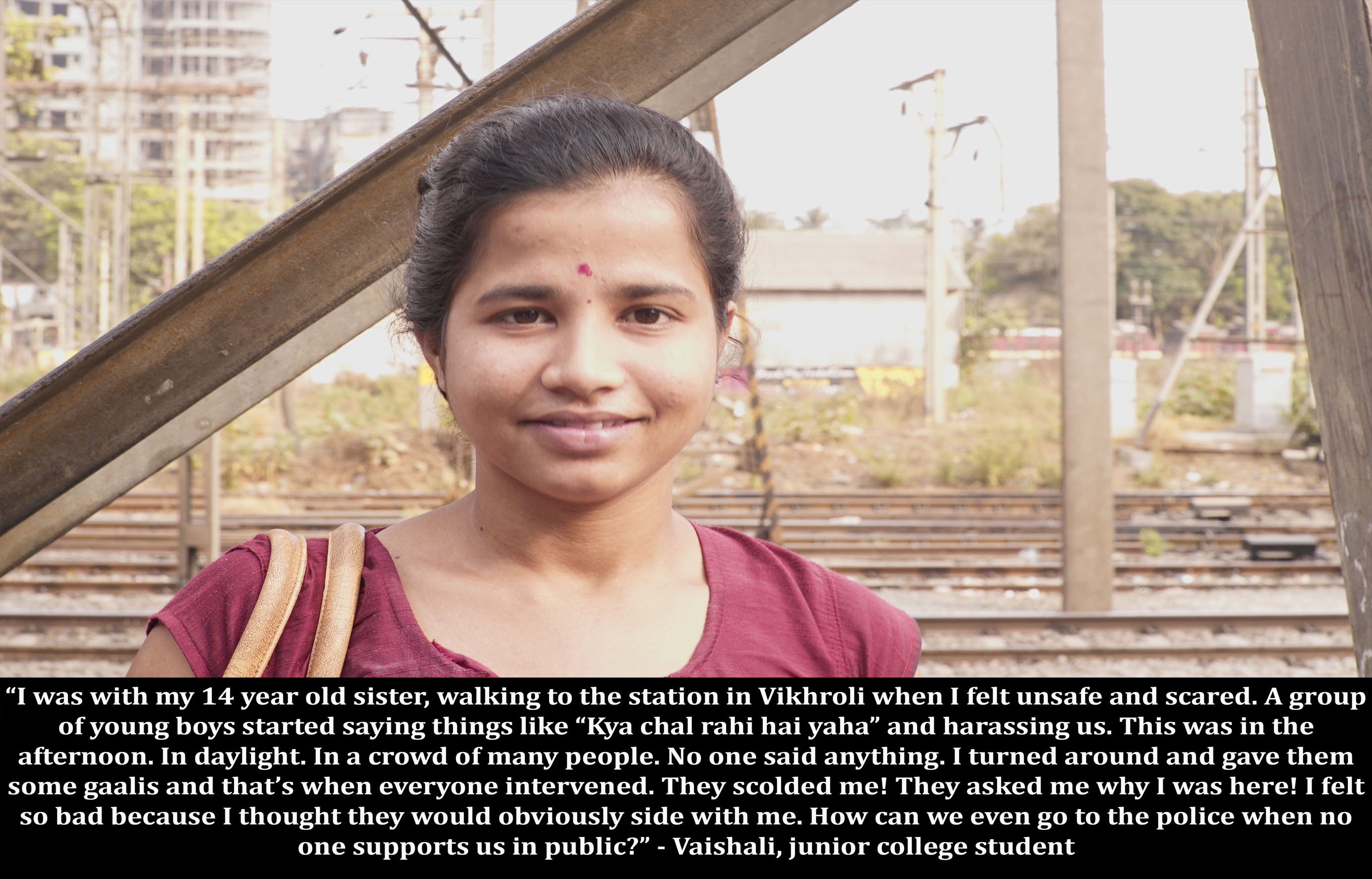 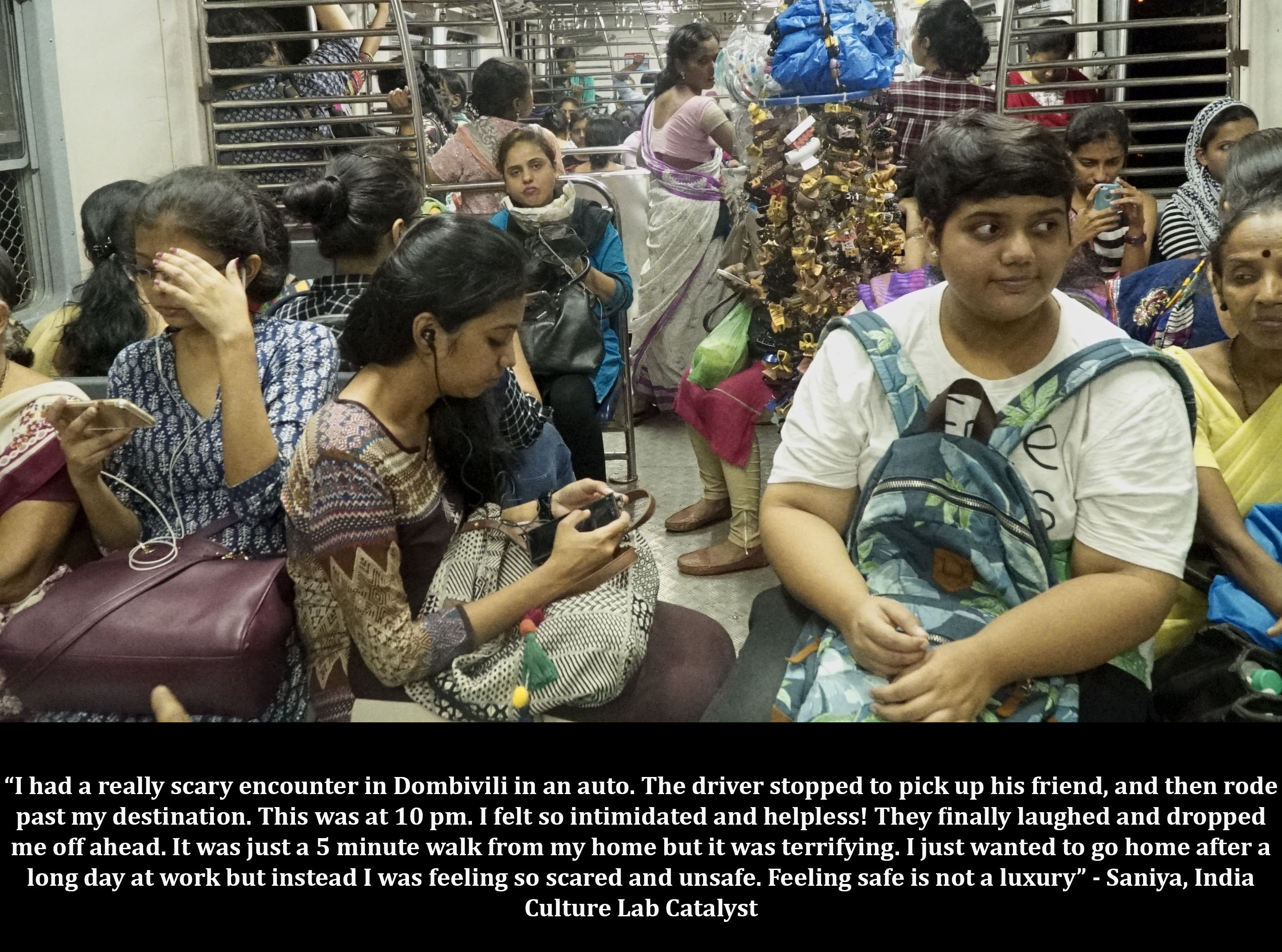 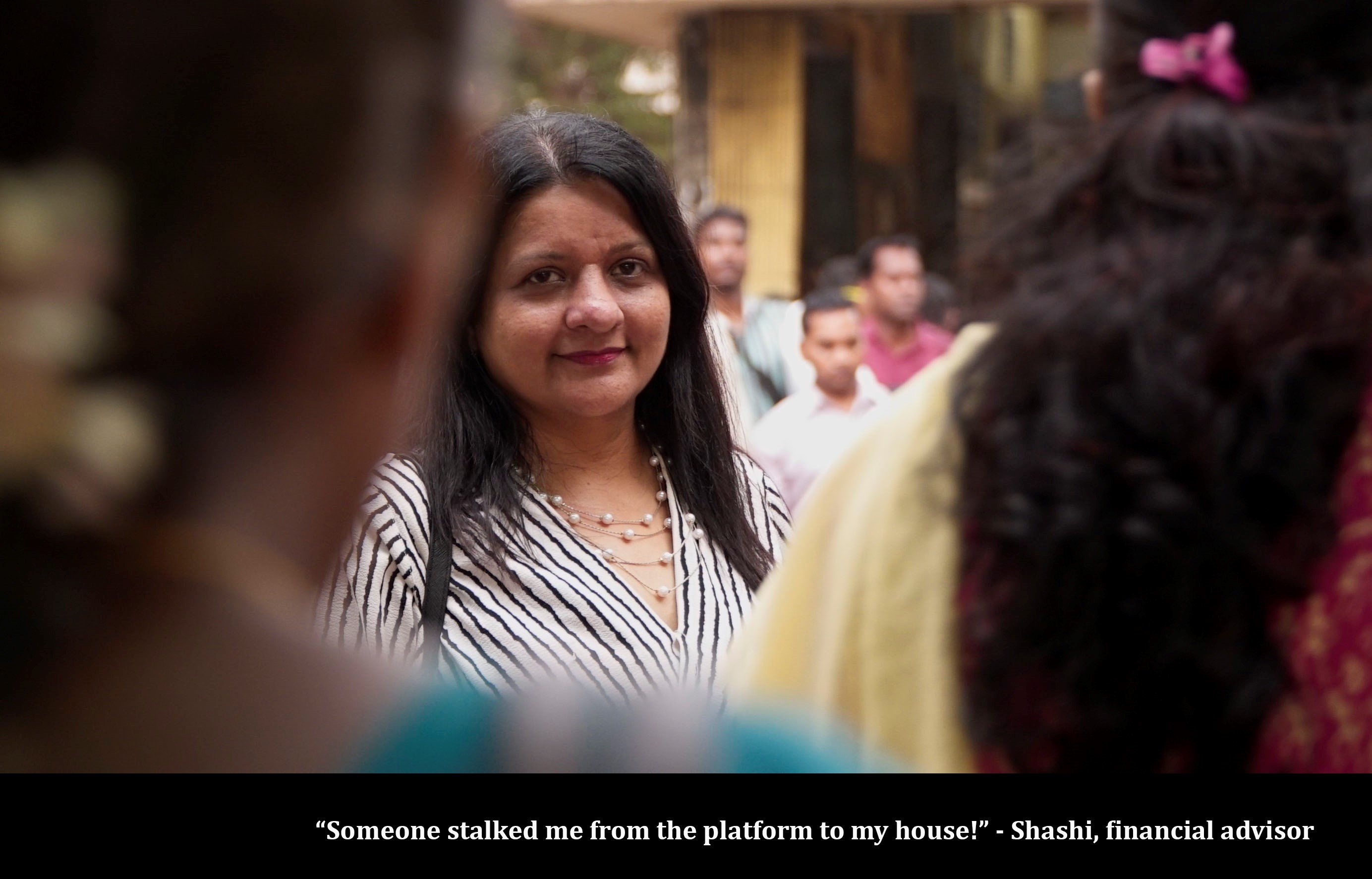 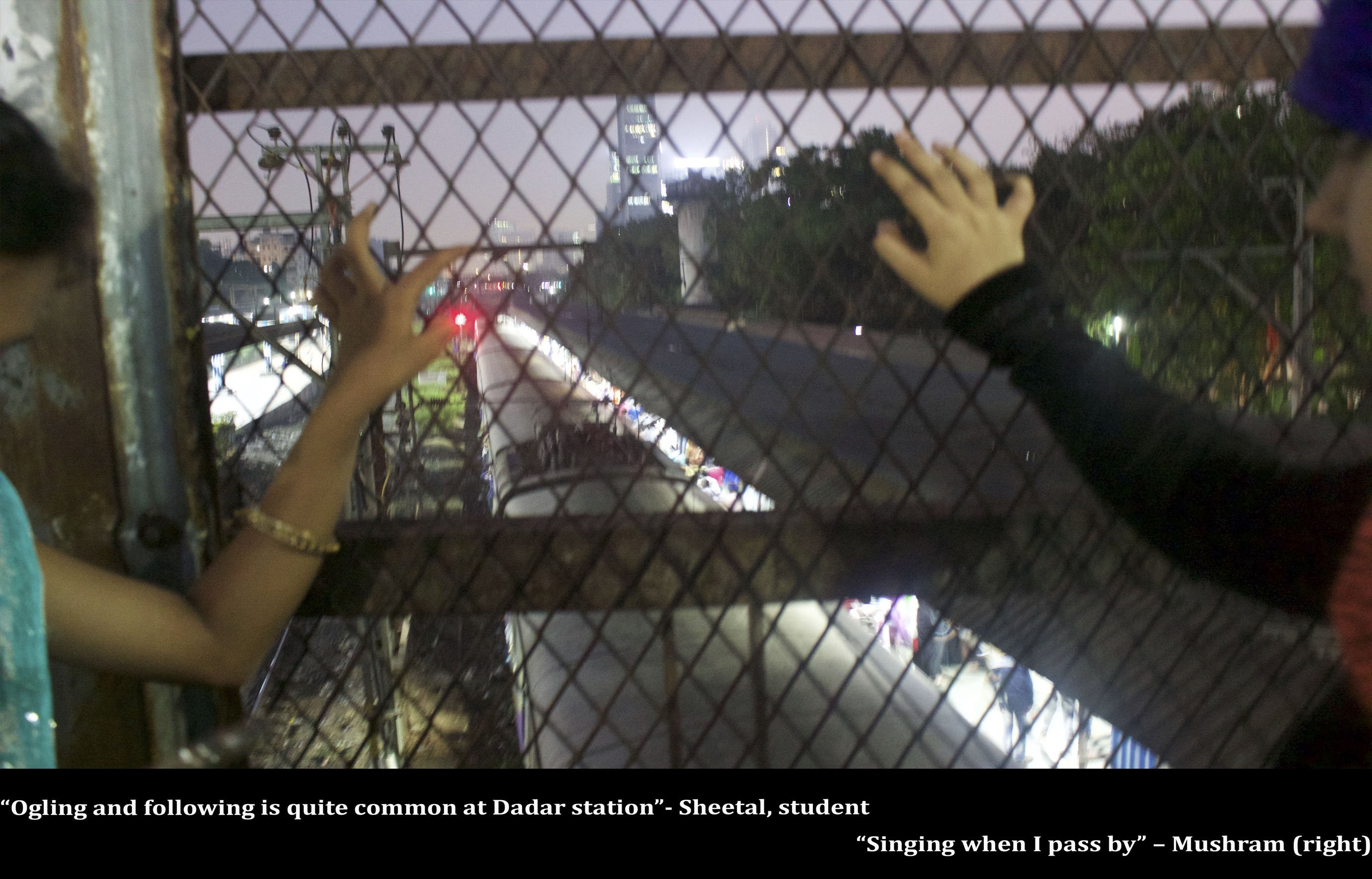 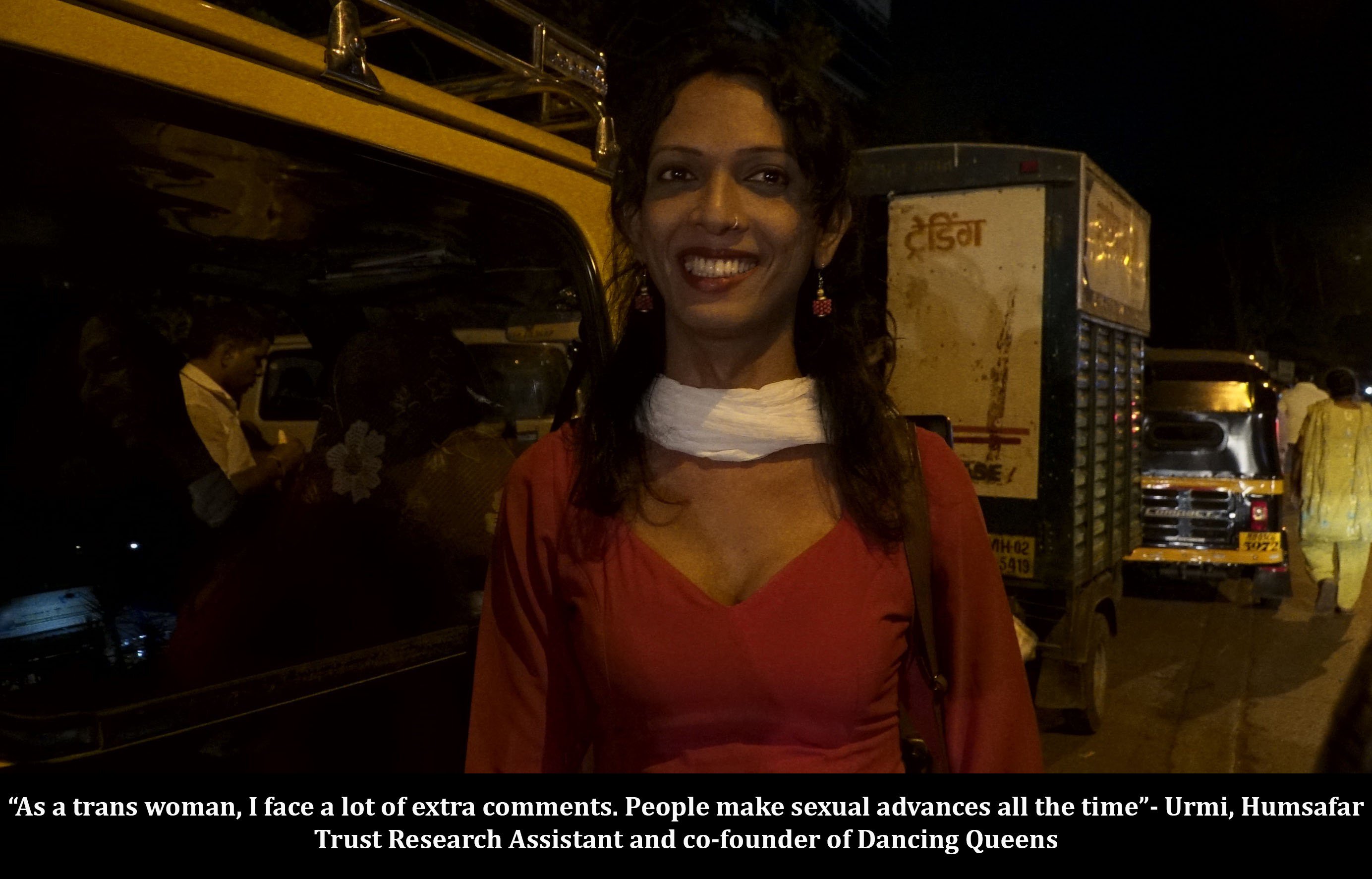 International Nurses Day: The Life Of A Nurse In The Pandemic

Dowry Is Illegal In India, Yet Kills One Woman Every Hour

Opinion: Socialisation Is The Root Cause Of Patriarchal Norms In Society