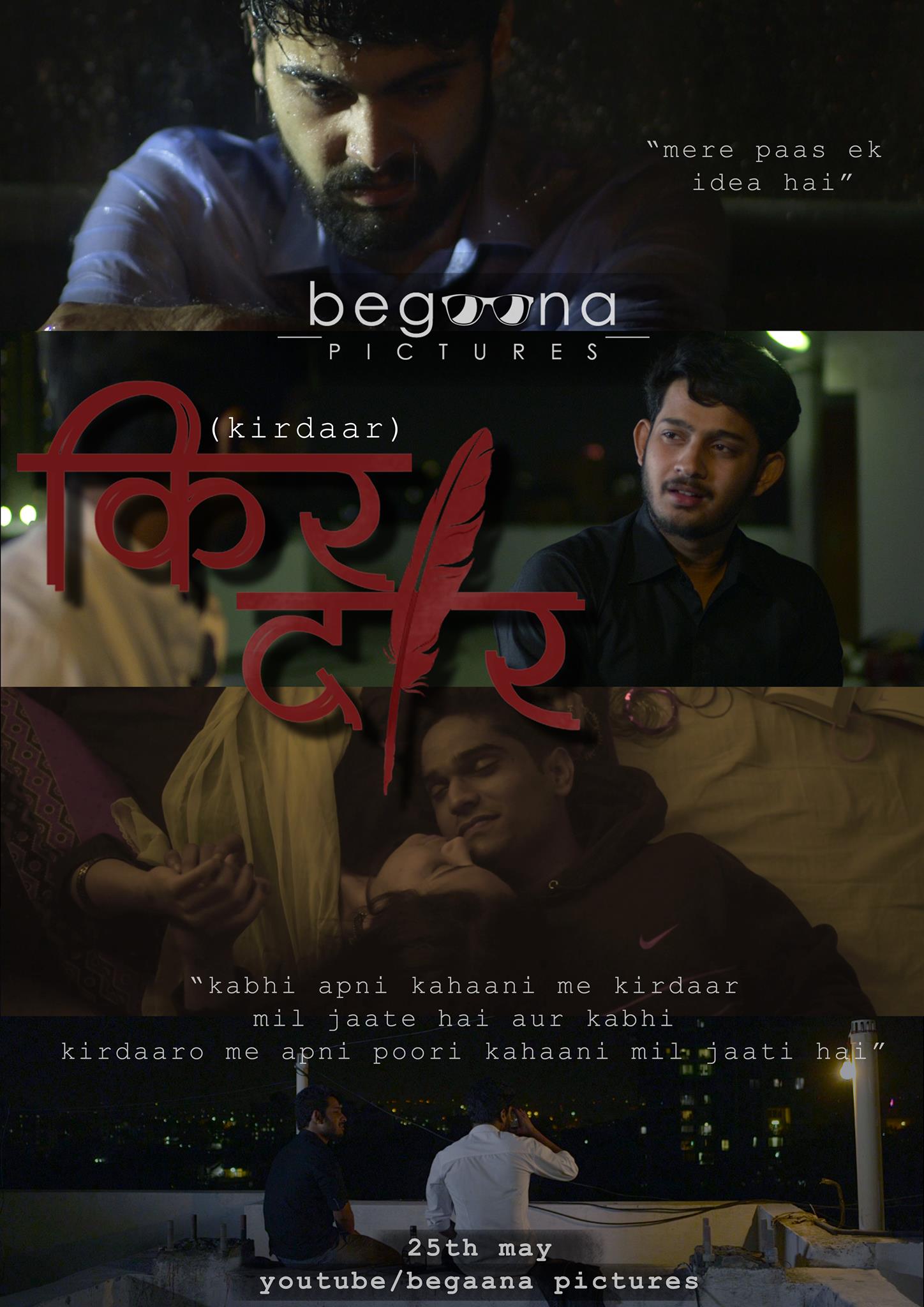 Pune is known as a collage of creativity and is home to several theater troupes, actors and an entire Marathi  film industry calls its home. It’s interesting to see that a group of  students from Pune have come up with a brand new Web series called ‘Kirdaar’ under the channel Begaana Pictures on YouTube. Their first episode aired on the 25th of May.
‘Kirdaar’ is a story of two young boys trying to create and bring to life something that’s much bigger than any of them. Something that they believe they were born for. The passion, the struggle, the friendship, the loss and the one thing that survives it all – ART. It’s a journey of meeting people, experiencing art and in the process discovering yourself Kirdaar, is more true to life and almost immediately makes a connection.
The series is shot in some of the most iconic and famous places in and around Pune. People will get a glimpse of places like MG Road, Sadashiv Road, the popular areas in Aundh, the earthy places in Wakad, etc. It is a collaboration of Shoyeb Shaikh, Susmita Nagare, Nikhil Tiwari and Unnikrishnan Nair, made under the banner of Begaana Pictures.
They were all praise for the people of Pune and the organisations around, that gave their wholehearted support to make the web series.
All in all ‘Kirdaar’ has kicked off the first episode on a promising note.