RE-THINK SPEEDING: SLOWDOWN TO SAVE LIVES

Research reveals that 5% cut in average speed can result in a 30% reduction in the number of fatal road traffic clashes, hence IRSC volunteers indulged in Slow Down Requests with civilians who over speeded on Janpath Marg and Munirka Flyover, New Delhi. Interpersonal communication during the Slow Down Requests, constructively resulted in intrapersonal communications of busy Delhiites resulting in re thinking of their speed. 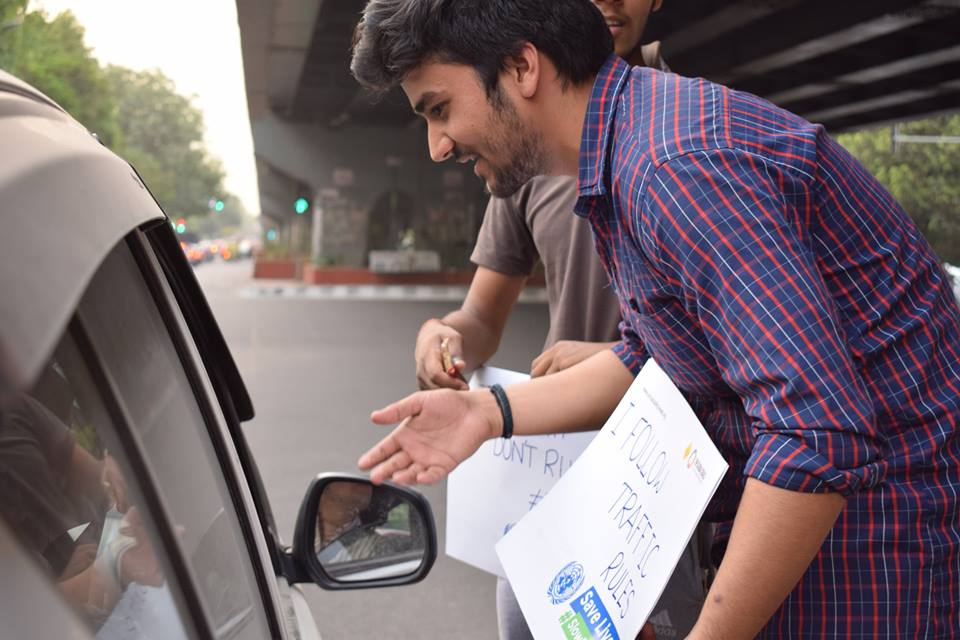 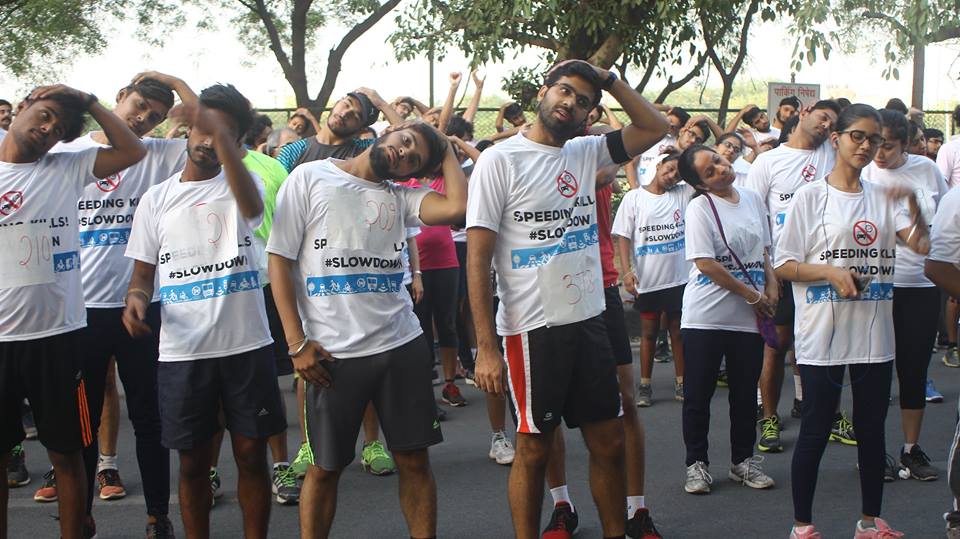 14th May, being the concluding day of the Road Safety week witnessed Run4cause Marathon, the most anticipated event of the week. The race conducted at IIT Delhi, witnessed 600+ participants including school and college students along with faculty members and general citizens. The event was flagged off by Garima Bhatnagar, Joint Commissioner of Police (Traffic Delhi) and Mr. Saurabh Agarwal, Winner, Iron Man (2014) who eventually concluded the week with prize distribution ceremony.

Eventually, this initiative taken up by IRSC during the Road Safety week resulted in awakening Delhiites towards the ills of over speeding with the help of various public awareness methods, enlightening them on the need to slowing down, observing speed limits appropriate for the roads and not speeding. By avoiding overspending, we can make India roads safer for; children walking to school, elderly crossing the road, workers driving to places of work and all road users.

They say, we are all a part of the rat race, however, sometimes slowing down is comparatively safe because we believe that getting safely to where we are going is as important as getting there at all.

Drug Case and Media Trial: The Trope of the ‘Failed Parent’