16 Roorkee students who qualified IIT this year, decided to celebrate the happiness in a style. They thought why not use this opportunity to bring in inspiration and awareness to others too. Their intention was supported by senior students and wow on the day of IIT result (result also came as their expectation) and they performed first flash mob in Roorkee on Dun Highway. Times of India supported their initiative and their parent institute Conceptum Education backed the intention too.  Students who qualified are Ram, Hritik, Harsh, Mikesh, Uday, Amrit, Harshit Arya, Sumit, Ajay Ghildiyal, Aditi, Udit Chauhan, Kartikey, Sushant Giri, Ayush Saini, Anant Kumar and Adarsh. 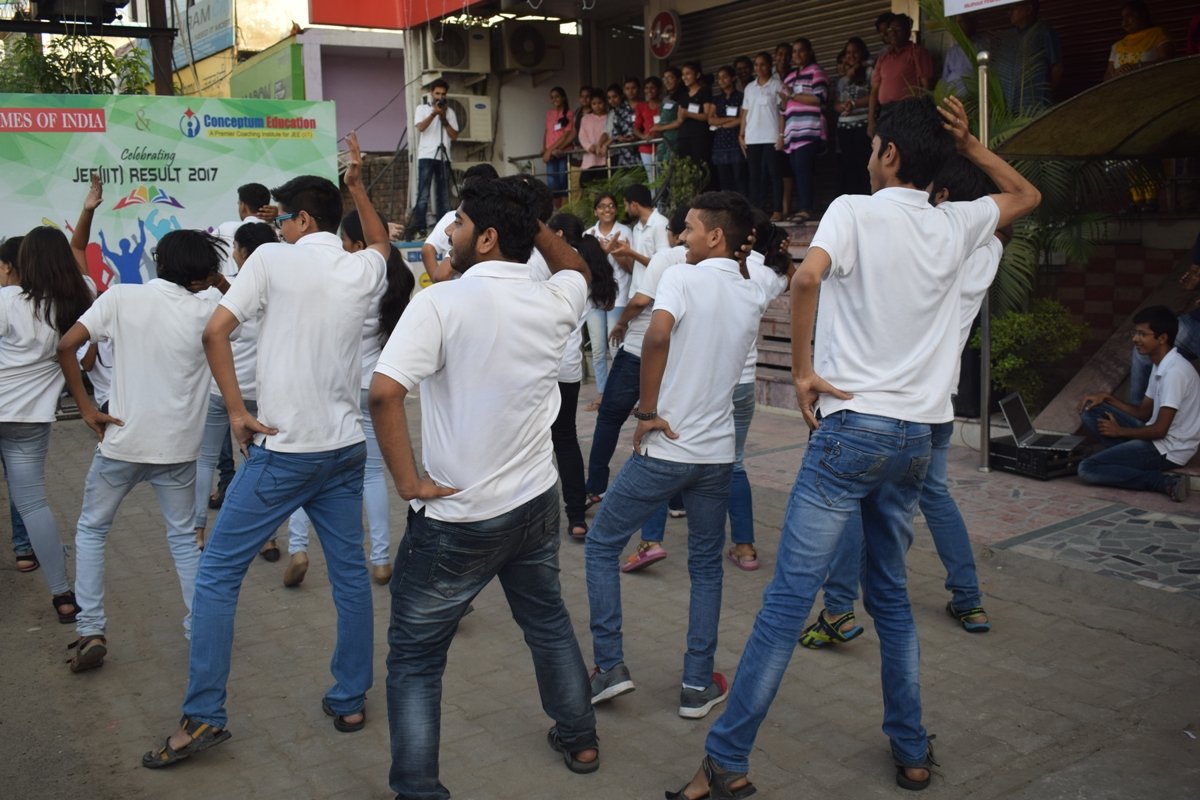 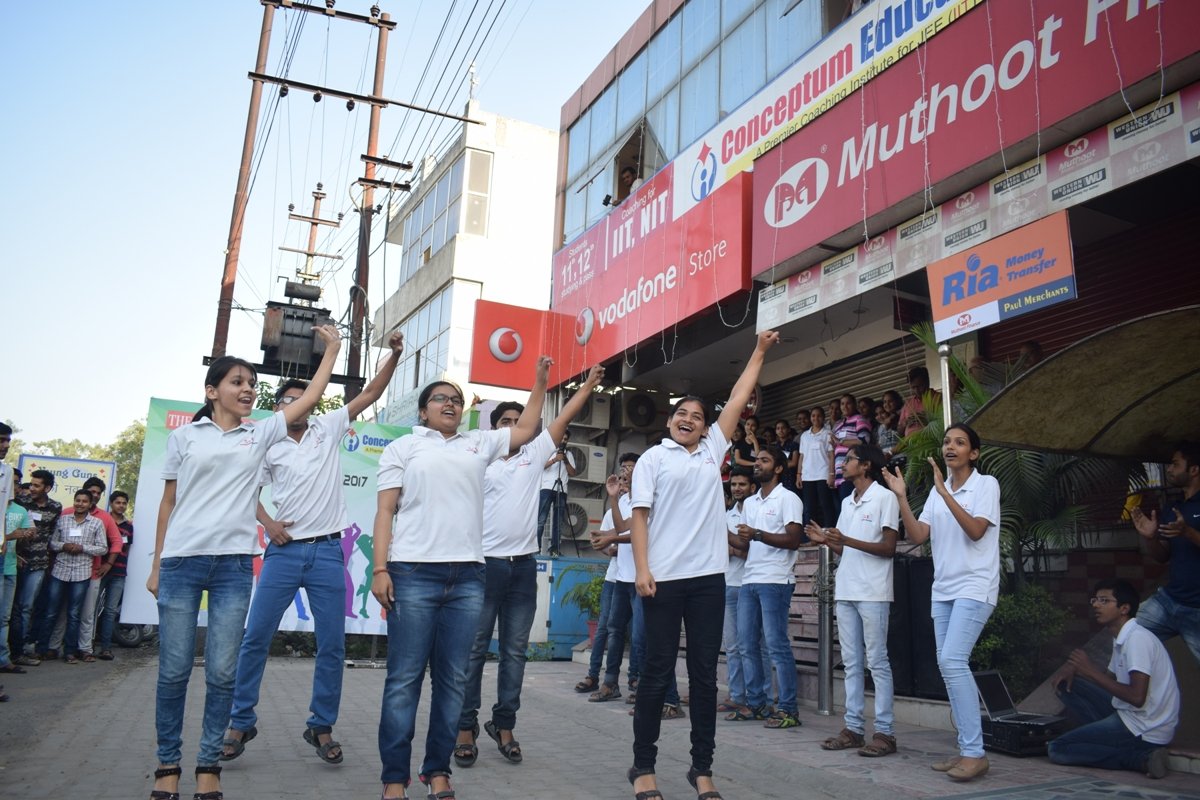 Most  of these students were not financially well off but they did not let anything at all stand between them and their dreams. Ram’s, Aditi’s and Mikesh father is a factory worker, Harsh’s father is an auto rickshaw driver while Hritik’s, Ayush’s, father is a farmer. With their dance they also made a statement that Gone are the days when education was meant only for elite class.

A lot of these students were performing for the first time overcoming their age old fear of performing. They have also released official facebook and youtube videos to share their joy (The links given below). The organisation of flash mob was done very responsibly at one corner of the  Dehradun Highway without causing any traffic jam.

Shishir Saini, MD of Conceptum Education supports their action saying ‘Successful people don’t give away happiness but happy people create success. And while you work, work to the maximum and celebrate in style’. Conceptum Education holds onto the ideology that ‘Work Works’, there is no substitute of hard work and perseverance always leads you to the accomplishment of your goals.

What Hunger Index means for India