Auto Rickshaw Driver’s both Children make it to IIT

Gone are the days when education was meant only for elite class. Mange Ram Saini, an auto rickshaw driver in Roorkee saw his dream come true as both his children made it to IIT. His elder daughter, Varnika Saini passed out of Conceptum Education, a premier coaching institute in Roorkee in 2015 and is now studying in IIT-Kharagpur. Never short of inspiration, her younger brother Harsh Saini scored AIR 1927 (OBC) in JEE Advanced 2017 and aims to pursue mechanical engineering from IIT Bombay. Both brother-sister did their schooling from Sarvagya Public School, Roorkee. 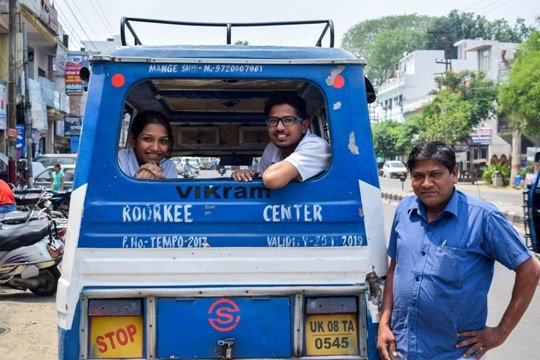 His hard work has paid off in the form of investment in future. He believed in his children even when they were not sure of themselves and proved that economic restrictions settle themselves when you wish only the best for your children. Both the children and the father owe a huge share of their success to Conceptum Education.