Opinion: Restrict Your Food Choice To Your Plate. Why Splatter Blood Publicly?

By Mahima Sharma in Society

My esteemed readers, before you begin to read this opinion piece, I would like to tell you a few things about myself. Why? Well, you will understand my perspective better that way. And also will be able to troll me well… If you disagree. To each their own!

I am a Brahmin married to a Muslim. I have not converted my religion, but only my food choices. The vegetarians can blame my taste buds, which again, have limitations set on them by my eyes. My eyes speak a lot, says my husband. I agree, and in this case, they say: something that looks cute or repelling can’t come on my platter. So for now, only fish and chicken have found a way to my tummy. Some beings like the ones below are too cute to be eaten. But again, it’s a matter of choice – ‘different truths’ really! 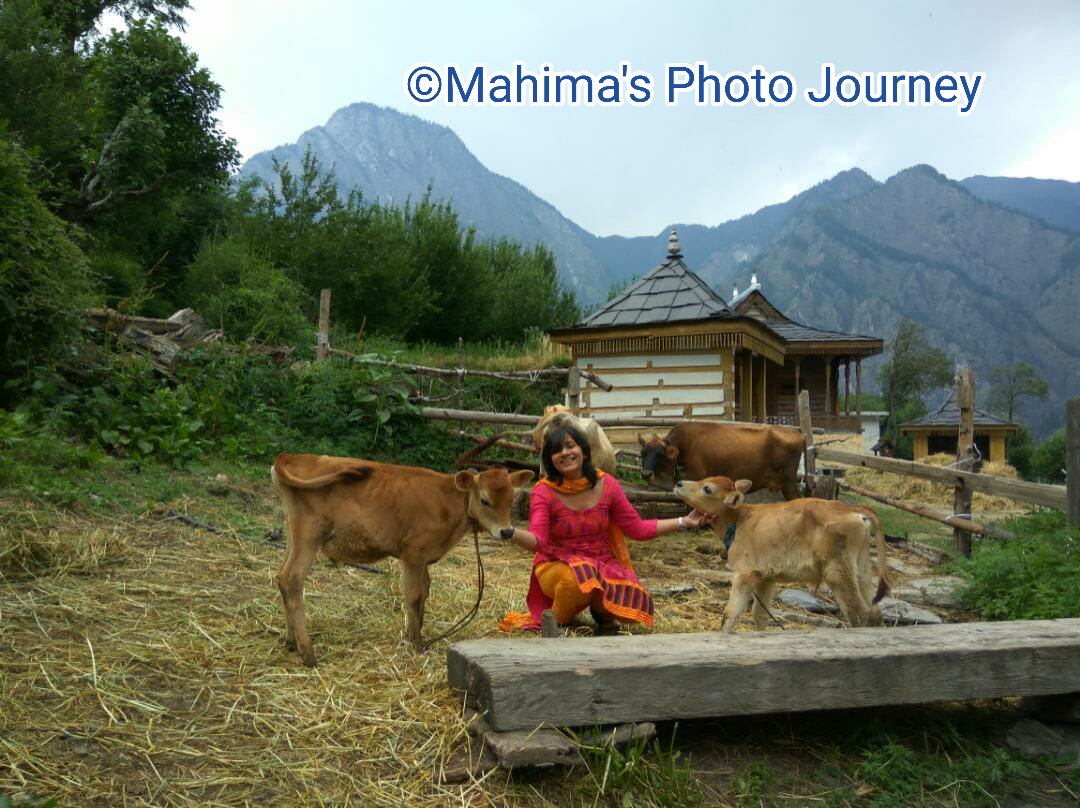 Why are we talking about my eating habits? Well, isn’t the whole country right now fighting over food habits, the choice to eat? Some want to eat beef, while others want to suck the blood of those people.

At the helm of this whole Kerala Beef Fest row last year, I was out for an assignment in the hills of the beautiful and culturally warm Himachal Pradesh. The three-day tour was fun not only because of the work assigned to me but also due to the following two little ones. Two-month-old calves lived in the neighbourhood where I stayed. Within a day, we became so fond of each other that they would try to break free from their ropes at the sound of my footsteps. Pure love, pure unconditional love, pure bliss. Once the tour was over, I somehow overcame my urge to take them home! Yeah, I am a bit crazy, have adopted eight pups near my house in New Delhi. Nevertheless, the time came to bid adieu to the two cuties. Love is painful.

On the way back, I got a news alert on my phone which said something on the lines of ‘calf slaughtered mercilessly by a certain political party member to prove their point to RSS Brigade’.

I still do not have the heart to watch the graphic video which fed TRPs to various media houses. But who has control over imagination? I felt like shouting my anger out from the top of the hills! Oh damn, I had just left behind two adorable babies. What was next for them?

My heart thundered and I rushed to call their owner. To my trembling, “Hello” he replied with a tone of surprise, “Ji Madam, have you reached safely? How did you call?”

Safely? Could I say I called to enquire the safety of the calves? Or maybe just called a bit later, when calm and composed.

He inquired again, “Are you okay? Can I do something for you?”

Pat came to my teary reply, “Keep the calves safe if you really mean what you said.”

He wasn’t surprised by my sobbing request. “Both are male.” It sent shivers down my spine. But what he added was happily embarrassing, “But my babies are safe till I am alive. In fact, your babies are safe. Did you call just for this? Of course, I know why you are asking this, I too watch the news regularly.”

News? Was he showing me my place with that tone he used for the last sentence? He did.

“Your media is cruel, no human values despite so-called humans operating it. And that’s what political parties harp on to bring about their motive.” His pitch soared with rising anger.

“The choice to eat? Restrict it to your platter, why blood-splatter publicly?” His words hit my head and heart.

I had no answer to it, no one has. Do cruelty and its public display have an answer to it? Any justification?

My sobs grew with his anger and, thus, he calmed down a bit.

“Madam, I don’t even eat eggs but do you know your food was sourced from my house. Why? Because the homestay you chose, the owners eat pork. When they got to know you are married to a Muslim, they requested us to cook food for you.”

His words, “choice to eat, restrict it to your platter,” thundered in my ears, on and on.

“Madam, our hills are thankfully away from your media-backed politics.” He again shamed me. “But I do not blame you, it is all money game.”

He continued to rant and answer his own questions, “But then again, how can you survive by killing your conscience for money? Be it those politicians or the media-waley? Sabka zameer mar gaya hai. (Everyone’s conscience is dead).”

His words clawed into my heart. The pain raised my head up for a silent prayer, “Oh Almighty, may the sense of humanity and wisdom prevail in my country!”

He finally composed himself, and said, “Sorry, if I hurt you with my words. I am keeping down the phone now, have to bring your babies inside. It is about to rain. Don’t worry, they will be safe. Come to meet them anytime you wish. Namaste.”

With a grateful heart, I thanked him for being a gentle soul. Here’s a “different truth” in the present day India, where even colours have been communalised!

Photos by the author.