Is AAP’S promise of alternate politics over ? 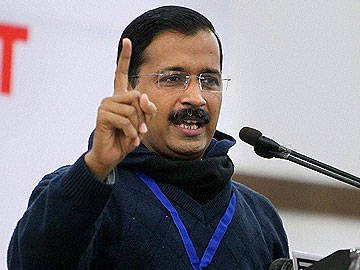 ” We lost six consecutive elections. It is contrary to our expectations” these words of Kumar Vishwas reflects the volume of failure of the party in recent assembly election in Punjab and municipal elections in Delhi. Aam aadmi party that emerged as the single largest party in 2015 by winning with thumping majority 68 out of 70 is now looking weak against it’s rivals. Recent Municipal elections also echoed the same pattern. Party won the 54.3% vote in 2015 which dipped to mere 26.2% in 2017. As per 2015 assembly elections , the party was leading in 260 wards . This has reduced to 46 in 2017(-82%). These failures manifest the electoral distrust for the party.If we decipher the cause of this electoral distrust then there are plethora reasons for it . One of the major reason is the declining eagerness of experiment by the party . When party comes to the powe , it did some unprecedented moves like taking oath in Ramlila ground , doing mohalla sabha for the allocation of funds and most famous odd- even schemes. But now as partys interest to increased to other states this experimental enthusiasm declining dip by dip. Second foremost reason is intra-party conflict , after the formation of party, party lost its seven MLAs . The most controversial exit is Kapil Mishra who vociferously speaking against Arvind kejriwal and framing serious allegation of bribery , money laundering and nepotism. Exit of veteran leader  Parshant Bhushan and farmer activist Yogendra yadav is the main reason of  parties below the expectation performance in Punjab. Party which take birth from the anti-incumbency corruption movement is now getting the stain of  corruption too. As per a recent report by organisations working in Delhi found that 60% of the ration shops audited information boards that should have been displayed were missing . Party’s chief Arvind kejriwal’s baseless allegations over Prime minister is also a main reason of this electoral distrust. If party need to revive in next assembly or parliamentary election then party need to reincarnate it’s birth image again.