Now a days we raise our voice for gender equality, female importance and so on , just to equalise the dominance of females in the society. sometimes we march on the roads shouting slogans for women dignity in mass. Why is so? All is being done for awakening the people to respect women. so that they can live with dignity.

Dignity- Everyone likes this, everyone feel proud when they’re in it’s influence. Either a person is male or a female, everyone deserve to be respected. Women are working outside their homes but what about the respect and priorities of their opinion?

lets just be honest, people respect ladies in front of them (at most). Although you know how they react at their back but lets just consider a good patch of moral increment is being done in society but what about when they react on social media ? Whether they tweet some thoughts or they update their activities, people have to contradict them. I don’t know why they just can’t digested their thoughts.

The climax come where people troll/insult the comments posted by females on the social platform over any troll or sarcasm and even on some serious issues, they don’t leave them along with a bundle of abusive filthy comments. Doesn’t this the disrespect of females? Are they free to offer their opinion in front of mass on Social Media ? 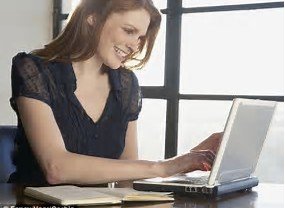 Is inter-Cultural Love, conspiracy, or science?