Assam witnesses heavy flooding every year but we still haven’t learned our lesson. Since early July, floods have been wreaking havoc in the state. Over 5 lakh people have reportedly been affected, 73 have been killed and hundreds have been reported missing. Thousands of families have been forced to take shelter in hundreds of relief camps across the state, others are living along highways. An estimated 150,000 hectares of paddy crop and nearly a million livestock including large and small animals have perished. The worst affected is Kaziranga National Park and 15 villages adjacent to it.

Most of the houses in Halmara village have been submerged due to the flood. 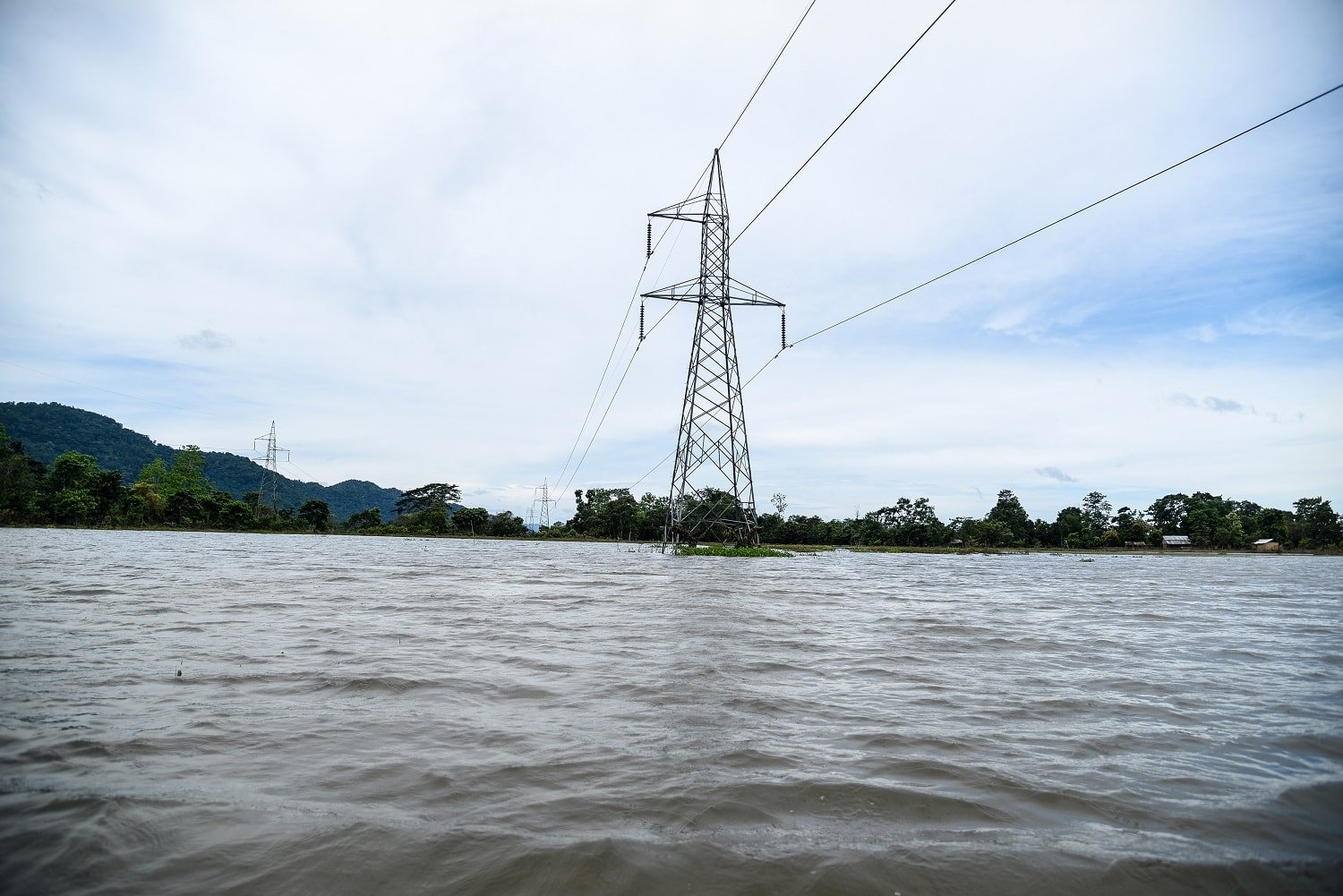 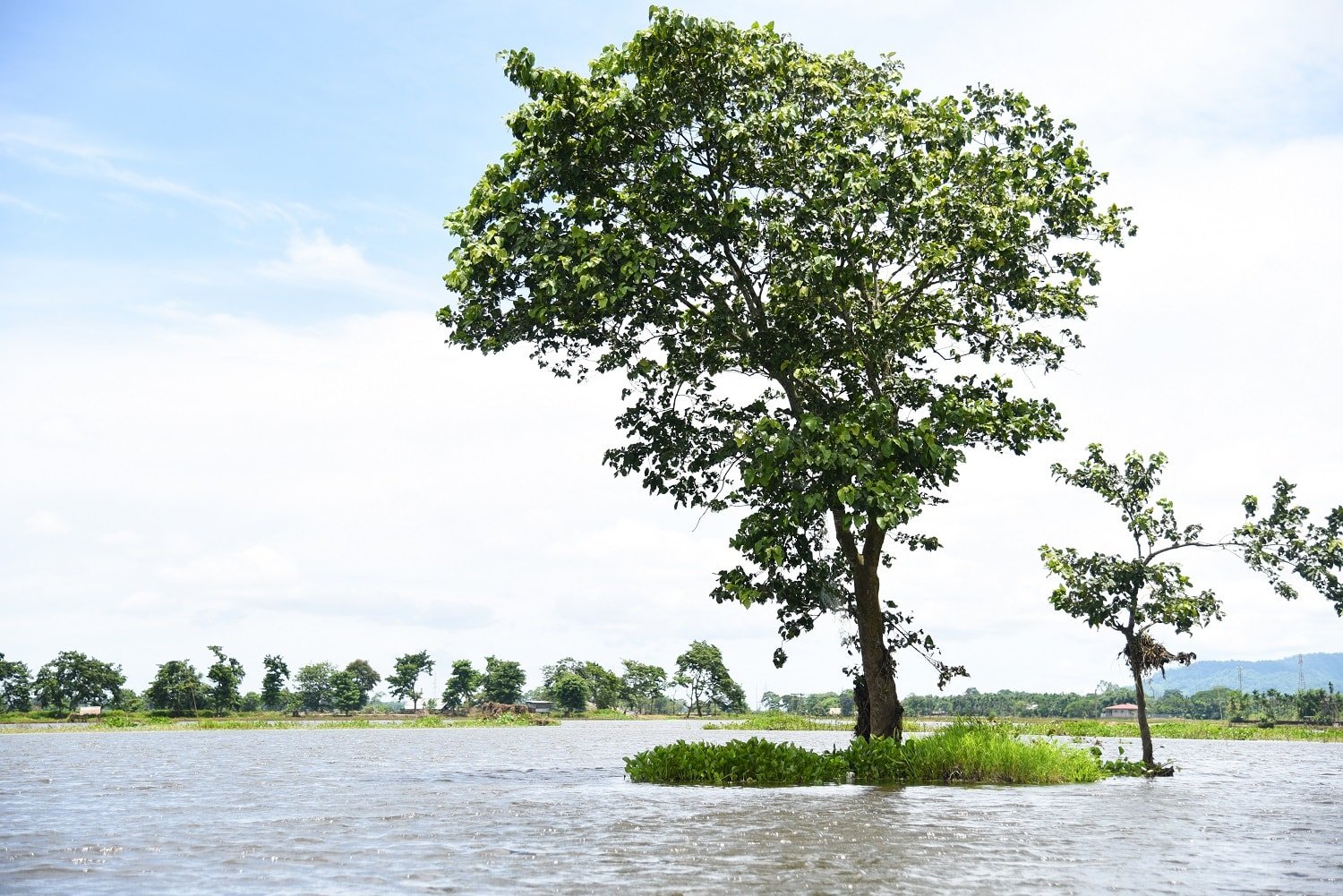 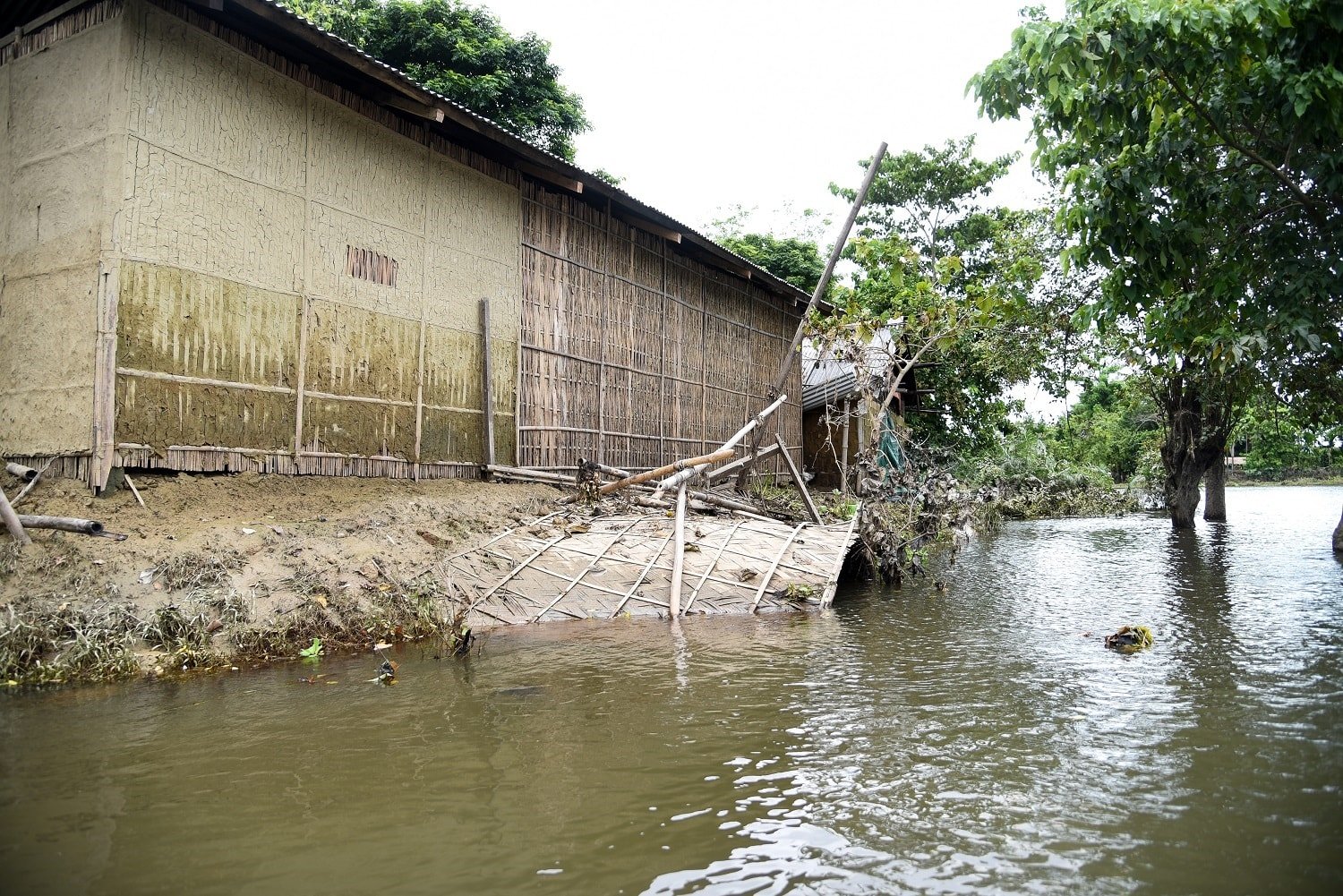 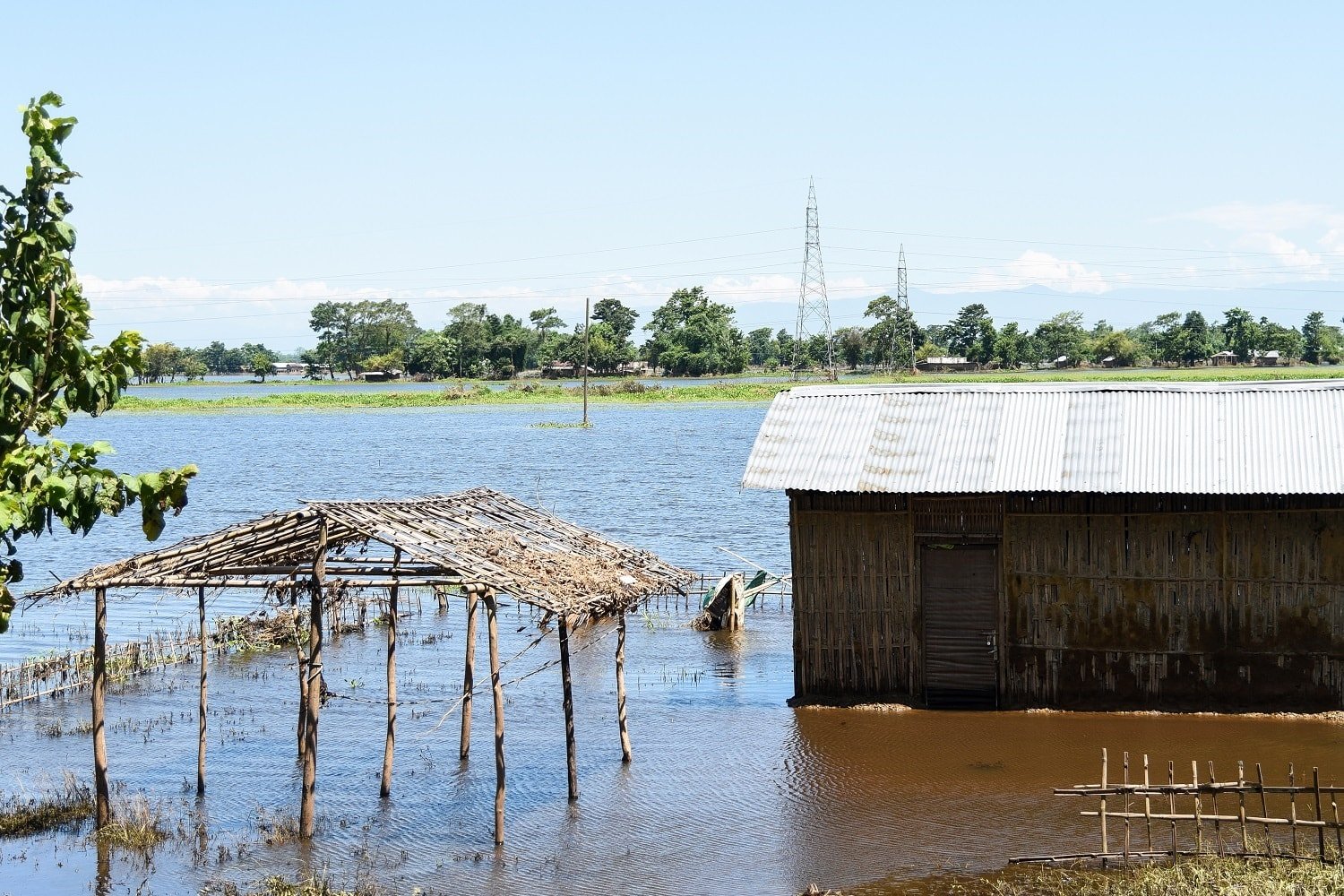 Residents have to use boats to reach highlands. 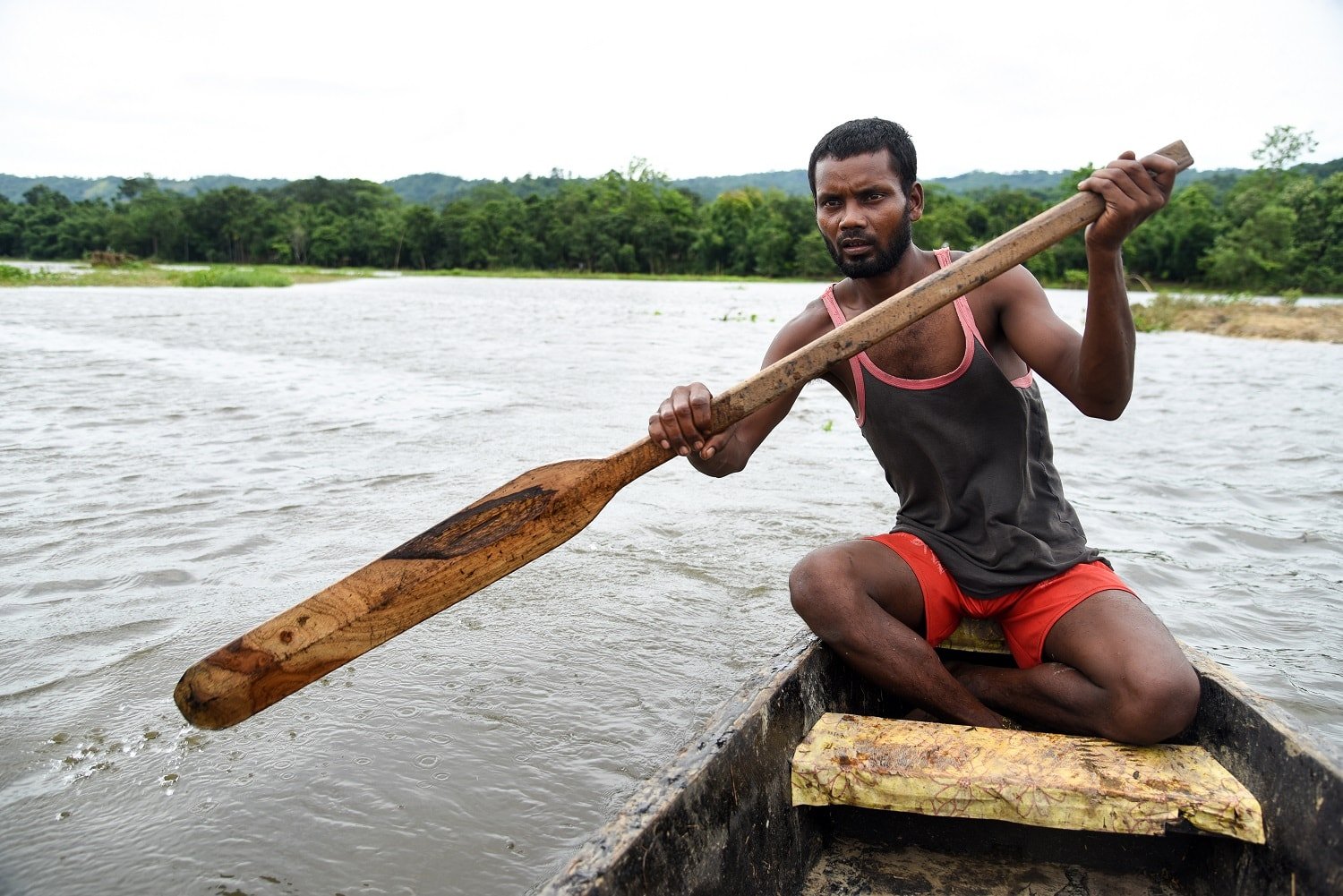 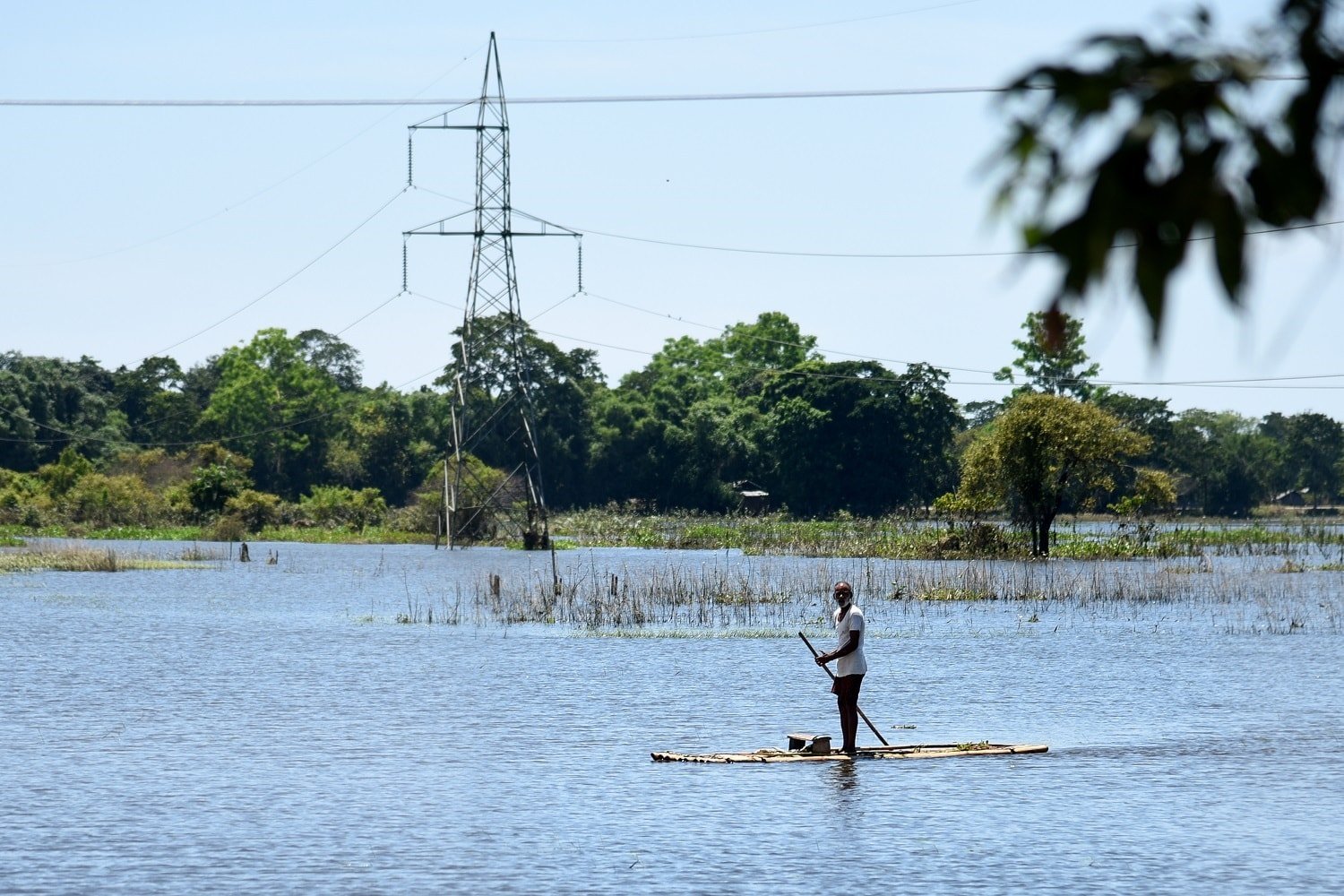 30 families from Halmara villages have taken shelter inside a Primary School in Kaziranga. 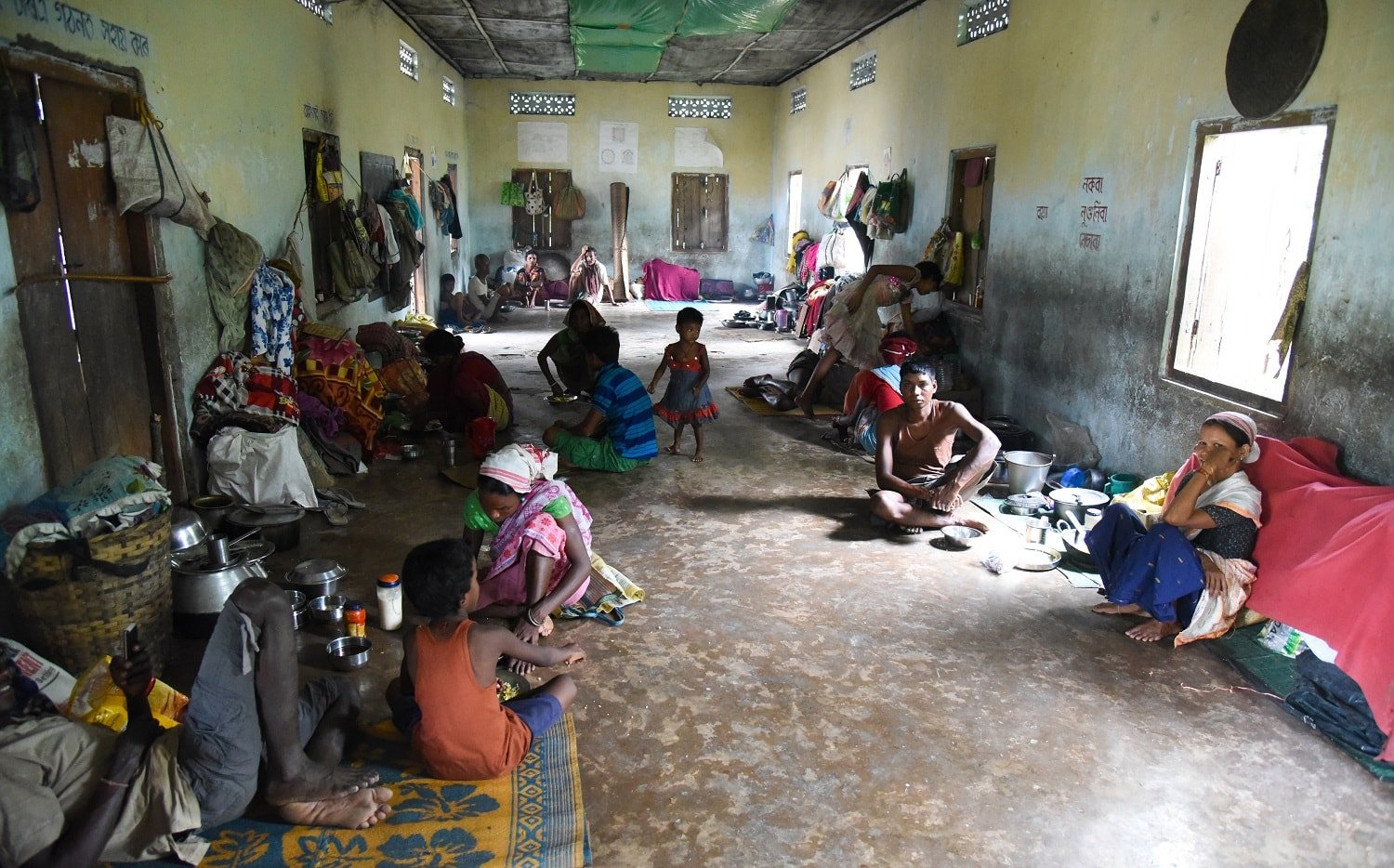 72 families have sought refuge in temporary camps beside the National Highway at Kohora range of National Park. 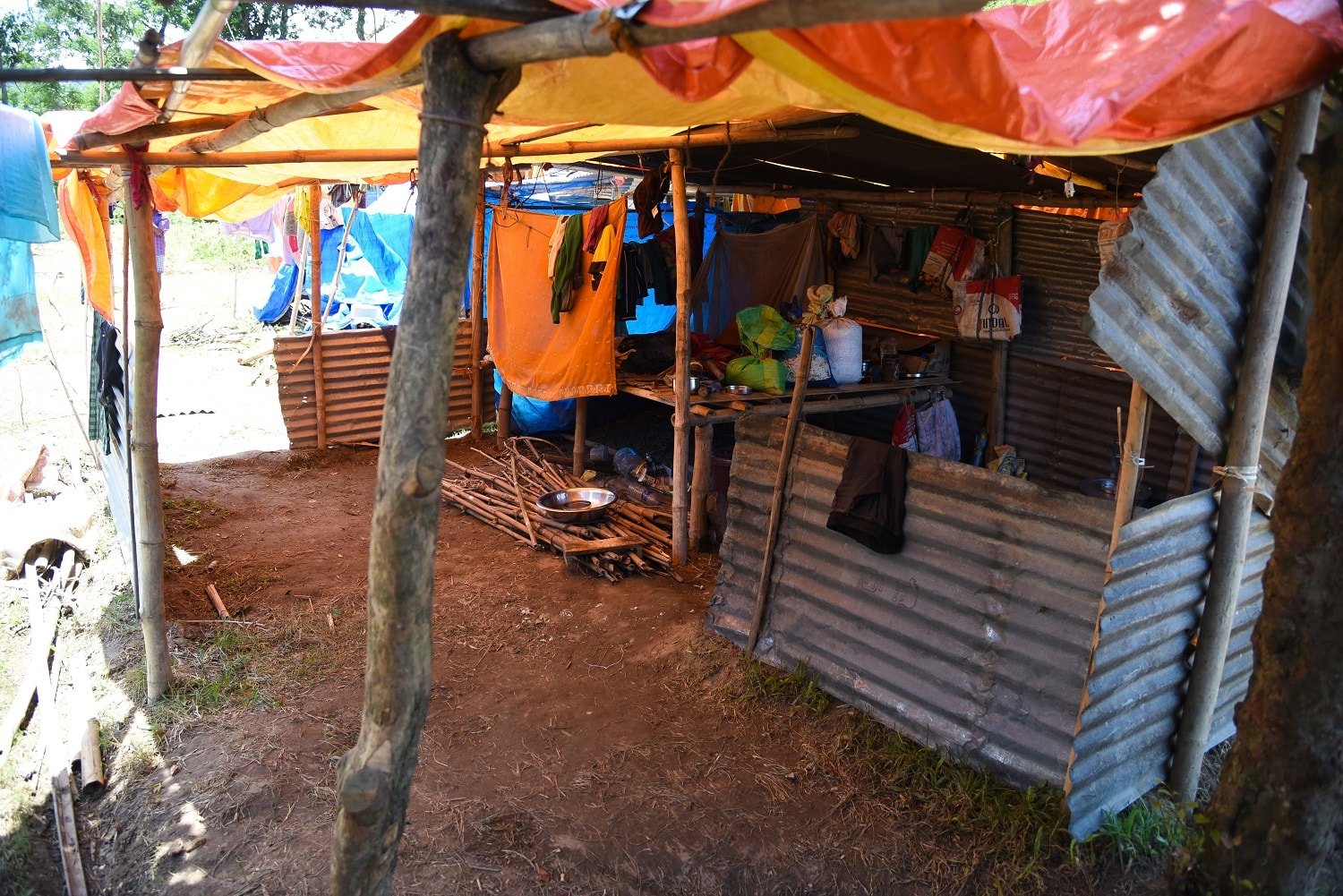 Durga Bhuiya, a resident of Shildubi village says, “We have been living in a relief camp for 15 days. We can not go to our village because we have no boats, all rice, cereals stored at home are damaged. We get an insufficient amount of rice, dal, oil and salt. We have no access to pure drinking water.”

During the floods, the number of animal fatalities is much higher as the animals attempt to reach the hills of Karbi Anglong by crossing the highway. Organised gangs of wildlife criminals are waiting to make a killing out of such high-value animals. This rhino was found stuck in mud scared of getting back to its natural habitat. 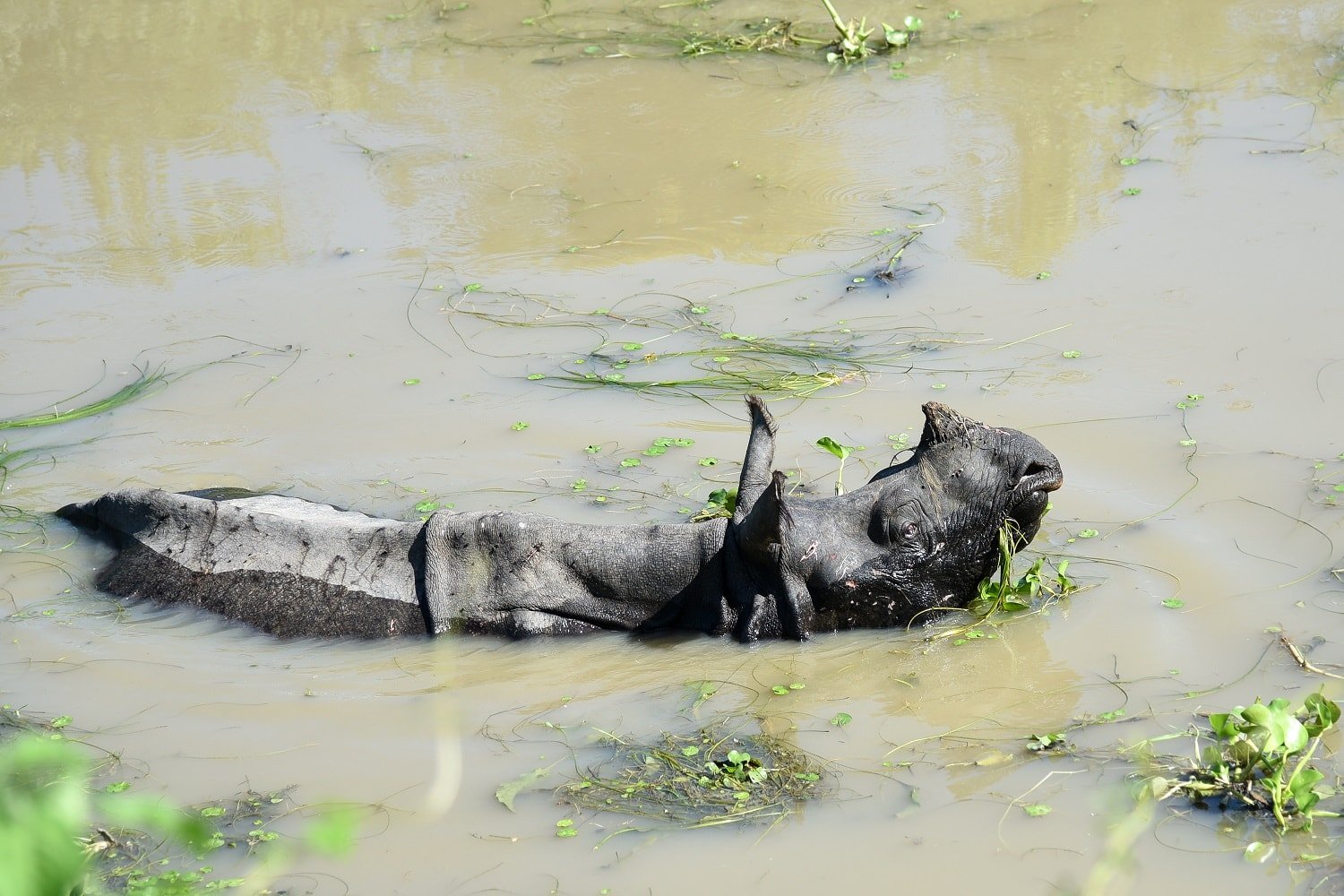 Dr Naveen Pandey, Deputy Director and Veterinary Advisor, The Corbett Foundation Kaziranga, Assam shares some ideas how we can avoid same incidents in future. “Flood is an integral part of Kaziranga’s ecology and it helps the park to regenerate and sustain itself. It refills the dried wetlands and brings healthy alluvial soil. Any effort to stop Kaziranga National Park from flooding could be catastrophic. The accidents happening on the NH 37 could further be brought down by increasing the period of time card implementation. Flyovers in the areas of wildlife corridors could be planned to minimise losses. Any further construction along the highway needs to be thoroughly scrutinised so that the corridors are not choked. Killing of stray wildlife in villages for meat needs to be openly discussed and debated. A programme called ‘village guardians’ should be initiated involving the local youth from villages so that poaching could be stopped.” says Dr. Pandey.