After Gurmeet Ram Rahim’s Verdict, Haryana-NCR Is On Fire And This Is What It Looks Like

Gurmeet Ram Rahim Singh, the self-styled godman who built up a huge community of followers since he took over the organisation Dera Sacha Sauda (DSS) in 1990, was found guilty today of having raped two female followers in 2002. Following his conviction by a CBI court in Panchkula, riots broke out in several parts of Punjab and Haryana, leading to property damage and several deaths. As of 7 pm, August 25, 28 people have been killed in the violence, according to multiple reports. A 1000 DSS followers have been detained. Furthermore, Manohar Lal Khattar, CM of Haryana, has promised strict action against the rioters. Section 144 has been imposed in parts of Noida and Gurgaon.

Legions of his supporters had previously camped outside the court, threatening to break into riots should the conviction go against their leader. Section 144 had pre-emptively been imposed in Chandigarh in anticipation of the violence. Nevertheless, the sheer alacrity and breadth of the violence have left people reeling. Below are some of the updates that witnesses to the violence have uploaded on social media:

Gurmeet Ram Rahim Singh faces up to seven years in jail; quantum of sentencing on August 28.Enraged by the conviction,…

12 dead, Panchkula bears the brunt as violence breaks out in Punjab, HaryanaCurfew in Panchkula, Ferozepur, Bathinda,… 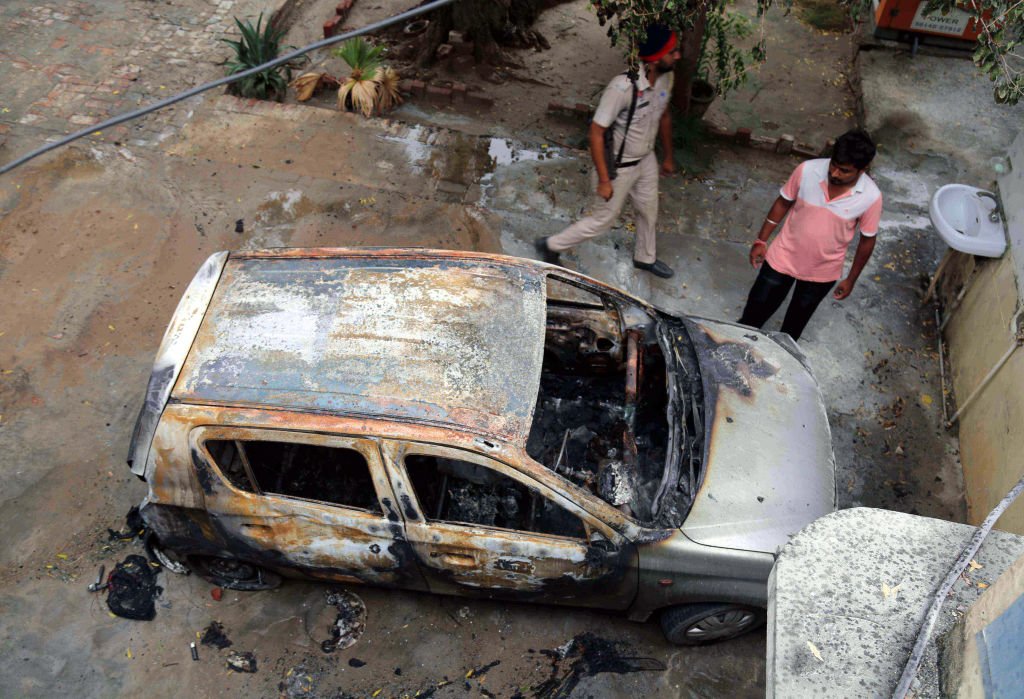 BATHINDA, INDIA – AUGUST 25: A torched car inside the income tax office in Mansa that was set afire by protesting Dera Sacha Sauda protesters at Mansa on August 25, 2017 near Bathinda, India. (Photo by Sanjeev Kumar/Hindustan Times via Getty Images)

Panchkula burns as #RamRahimSingh taken in to custody. Yet another failure of @BJP4India ‘s @mlkhattar Govt in Haryana. pic.twitter.com/EV5gJw1oXj

Gurmeet Ram Rahim Singh is notorious for his flamboyant lifestyle – which includes several self-produced action blockbuster films – as well as the devotion of his massive base of followers. Today’s violence is a grim reminder of the kind of power such godmen hold in the country, simply by providing facilities that marginalised populations have been deprived of for decades in mainstream society.

Disruption And Suspension: The Govt Won’t Take Back The Farm Laws Easily