‘Fat’ Or ‘Skinny’, Nobody Wins With These Sexist Body Ideals

Recently, Robbie Tripp’s open letter expressing his love for his wife’s ‘curvy’ body went viral. In it, he says, “For me, there is nothing sexier than this woman right here: thick thighs, big booty, cute little side roll, etc.” It’s as though women of the world must be thankful for men embracing their ‘big’ bodies, even though it’s not the ‘ideal’ body type. Closer home, actor Kriti Sanon was told by female colleague that she lacks a ‘headlight’ and ‘bumper’, and that ‘even’ a college girl could look better than her! Sanon’s fault? She fails to appeal to sensibilities conditioned into liking the figure of a ‘voluptuous woman.’

This is the paradox we inhabit under capitalo-patriarchy. The same capitalist society which has spent years making the young girl thin and fair (an ultimate female ambition and male fantasy) also simultaneously fetishises ‘meat’ in the ‘right places.’ This, my friends, is the irony of possessing the body of a woman in a flexible global system of capitalism. A system which can at the same time, perpetuate patriarchy while also co-opting feminism.

We live in a world where a woman’s body remains an extraordinary cultural spectacle – open to scrutiny, judgement and preferential pseudo-objective beauty standards. But it’s not just the visible markers of womanhood that make a ‘grown woman’s body’ an exception to ridicule, she has to also embrace signifiers of either ‘taken-ness’ or ‘availability’ in order for society to tailor its gaze.

A woman’s (re)presentation of herself is always assumed to be catering to the male gaze. There is a price we pay to remain desirable and even so, to remain ‘invisible.’ In order to transcend the catalogue of a desirable woman, you have to know what makes you desirable is what simultaneously makes you hyper-visible and invisible. Because realizing how men see you can actually make you terrified of being seen at all, at times.

Interestingly, the family-society complex works in tandem to ensure you meet your average cis-gender heterosexual man’s sexual fantasy of an ideal feminine beauty. Have you noticed how when a woman is of ‘marrying age’ sometimes her family asks her to apply anti-tan and fairness creams and gets her a gym membership?

Constructing Body-Positivity On Ruins Of The Body

While growing up, I was acutely aware of the privilege of being thin. I was thankful for my thin frame, because it saved me from being subjected to distasteful jokes and bullying. But I soon began to understand that the regulation of women’s bodies was not simply restricted to rejection of fatness, it was also about ‘looking a certain way’ which is considered ‘appealing.’ I struggled to define my body beyond the contortions of patriarchal signification.

All my life, to my family and the society’s respite, my ‘thinness’ was comforting, till I reached a certain ‘marriageable’ age. My momentous ‘victory’ in the world of body-shaming—‘being thin’ –didn’t last long and was quickly followed by a word of caution, “Work that ass! Men don’t like hugging skinny girls with their poky-bones sticking out.”

Celebrating The Body: A Desire Insisting On Fetish

I was reminded of these repressed memories when a friend narrated her experiences of body-shaming after she returned from a foreign University. After years of being made to feel bad about the percentage of ‘fat’ on her body, she was ‘exoticised’ as that dark-skinned Indian girl with plenty of ‘curves.’ Everything that the society back home had trained her to feel embarrassed about was suddenly ‘desired,’ except in a fetishised way.

So even in the reversal of what’s deemed ‘desirable’ in one country and undesirable in another, one can see how cultural practices are inscribed onto the bodies of women. We may even simultaneously (be made to) feel empowered and disempowered, or even violently objectified, as we are desired. What is implied is that desire itself insists on the fetish. It shocks us to learn that so much power still rests with the men in our lives to ‘validate’ our self-development. The power to not only destroy our ideas of ourselves but also to constitute it, it colored our subjective experience of the world with a diminished self-worth while also leaving us chasing a limitless aspiration of ‘becoming beautiful.’

The same system of patriarchy which grades us on the basis of desirability also pushes us into a ‘self-care/lifestyle-monitoring’ zone. The burden to remain within the demarcations of permissible actions of desirability-enhancing choices—a voluntarist compulsion, then rests on women. Thus, feminine bodily discipline works both ways – as an imposition and as self-fashioning – within oppressive adaptive choices to oppose and bargain with the tyrannical notions of beauty and desire. 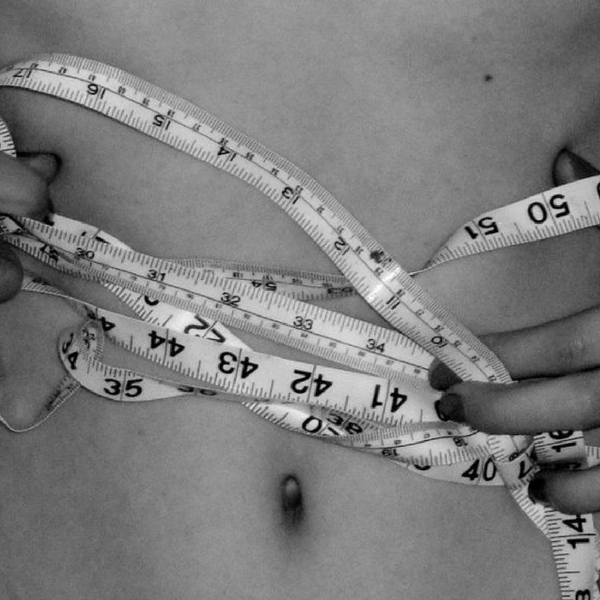 Body positivity in a capitalistic-patriarchal society is difficult. How do you avoid being captured by the total system of power? The answer is not found in merely attacking those that engage in shaming but to realise a young girl’s appearance is the object and subject of capitalism’s ideological apparatus – which thrives on insecurity!

An ‘invisible war’ rages over her body. Even when thinness as a goal is met, the same socio-cultural standard turns against you, branding you as ‘skinny.’ The game of anatamo-politics of ‘useful’ bodies is endless! But even when so, it is important to dislocate the power of shaming the body from the external source and locate it within the scope of intersubjective powerplay. Where shame also posits women as active subjects capable of collectively making social change.

In a society where fat-shaming and eating disorders coexist, where the complexion of one’s skin remains a signifier of the historically oppressive caste-system, One has to remember to not just identify the symptom of patriarchy, that is the act of body-shaming, but also remember to expose the violence that lies in its kernel.

In a vicious cycle of patriarchy, the two binaries – conventional, conformist beauty and its transgressive counterpart – generate and presuppose each other. We must collectively decide to resist this (invisible) imposition to keep us preoccupied with the way we ‘appear’ for others. And as writer Sreeparna Chattopadhayay argues in her piece, “Analysing Women and Women’s Worst Enemies“, women must collectivise to “realise their own delicate foothold on power within patriarchal terms of engagement to further fewer judgements, greater affirmations, less bargaining with patriarchy.”