By Simran Keshwani in #NoPlace4Hate, Media, Sexism And Patriarchy, Society

In almost all conversations that run on the internet today, troll culture manifests in the passing snide remark, the absolutely unnecessary profanity, the family shaming and the slut shaming remarks. Once all this creativity runs out, it escalates to violent death and rape threats.

For instance, the intrinsic masculine rhetoric and heavy amounts of violent vitriol in a statement like ‘her secularism stems from being molested by a maulana or a priest at an early age’ is nothing new to the outspoken female who takes to social media to express her views.

It is no secret that the country stands at a crossroads today. In maintaining a veil of silence, while violence burns bits of us everyday, we romance the oppressive forces. In times like these, there will always be a syncretic dialogue and healthy discourse, which will obviously be blocked by those in positions of the power it threatens.

Take the case of Nobel Laureate Nadine Gordimer during the Apartheid regime in South Africa. Her own country denounced her for speaking against the establishment. What is it that Gordimer did to make an entire regime come after her? She spoke up. And this is precisely what we should consciously take on, whenever there is an attempt at ‘othering’ a part of the population.

To begin talking of the concept of nationalism today, one must invariably point to the country across the border. A bellicose vituperation of the enemy is how one’s love for the motherland is measured today, nearly 70 years post independence.

The more profane your condemnation of a land you know little of, the more intense your commitment to your land. What would we be pointing guns at, if Pakistan as a nation state did not exist? We’re free but living in two histories – always arguing with one another, the brunt of which always lies on the minority’s shoulders.

As a 21-year-old appalled with the orgiastic nature of mob justice that’s taking over the country’s narrative, I decided to add to the conversation. An article I wrote for a particular news portal, which examined the historicity of mob lynching as a paralysis of the law, was used as clickbait to throw a stone at my head, call me a Pakistani (because ‘Sindhis are anti-national’), defame my father and grandfather, talk of my degeneracy stemming from possible molestation and issuance of open lynching threats.

The conversation, which glaringly questioned my nationalism, is one peculiar feature that marks all dissent – as was also seen in Gurmehar Kaur‘s case.

Read how Stop Online Mobs came together: Why You Need To End Your Silence On Troll Culture Immediately

After a strenuous week of physical and mental violence, a police complaint and visibly no relief, I decided to fight back. When we sit silent in the face of adversary, we embolden the oppressor. A lot of activists also reached out to me, and within 24 hours, a movement called “Stop Online Mobs” was initiated. The questions were pertinent, and we wouldn’t rest till we found answers: Who are these people behind the screen? What/who emboldens them? Why is there no heed paid to complaints?

What we simply dismiss as an ill of being on social media is, in fact, an organised controlling tactic. How is it that one post garners thousands of detractors in a jiffy? And how is it that bombarding an unknown person’s phone number is that easy? There has to be some authority which is backing such efforts to crush alternative points of view. 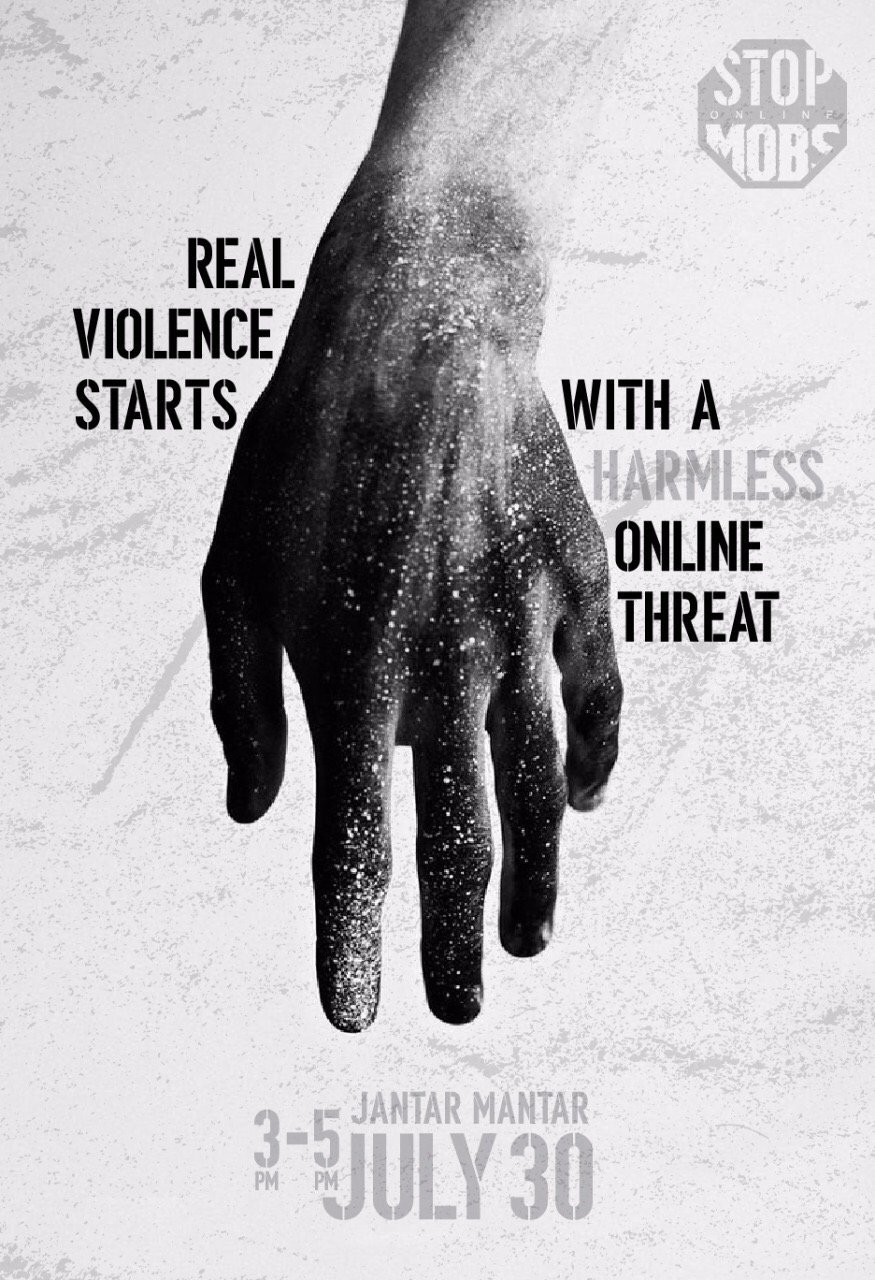 A protest under the name “Stop Online Mobs” was staged on July 30, 2017, at Jantar Mantar in Delhi. The event saw a lot of participation from student groups. There were talks on how the virtual and the real merge on an ugly middle ground.

Initially, we were met with a lot of teething problems – from accounts being hacked and suspended to open questioning (for instance, “INC aur AAP se kitne paise khaye (How much bribe did you take from INC and AAP)?”). An unshakeable faith in what we stood for is what got us through. But, the fight continues.

We, a group of 15 core committee members have registered a trust and collaborated with psychologists, lawyers and student activist groups to keep expanding the discourse. We are also collecting a database of complaints that go awry and threats that don’t stop. We shall be appealing to the authorities to demand fast-tracking of complaints dealing with rape and death threats, and strengthening the existing judicial framework that looks into cyber harassment.

Real-time violence always begins with one harmless threat – and it is high time we took this conversation from the screen to the concerned authorities. There are 13-year-olds fetishising threats and abuses as a marker of masculinity – and that derails any viable progress we’ve made with feminism in India. We need to create a strong sociological counter culture to the unhealthy practise of taking somebody down with threats.

I have always believed that at the heart of all violence lies a deep fear of losing control over the oppressed. It is our voice that scares them – and if we take threats silently lying down, we empower them. A lot of women are afraid to speak up as they consider trolling as something innocuous and commonplace. Defenders of cyber harassment labelling these practices as ‘freedom of expression’ only exposes the brute, empty logic behind crushing dissent.

There must always be room for debate and factual evidence. But, once it escalates to the level violent threats that can have real-life effects, you need to act.

In pictures, posters and scenes from the event: 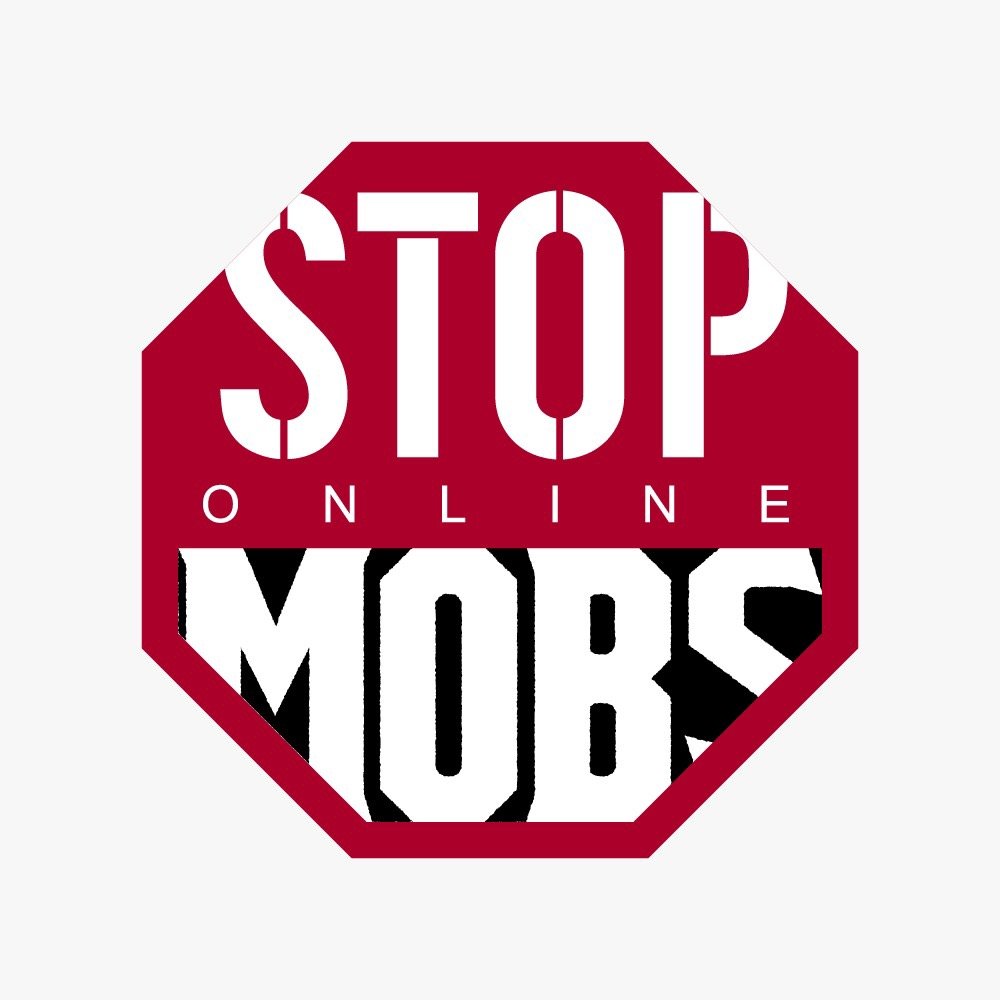 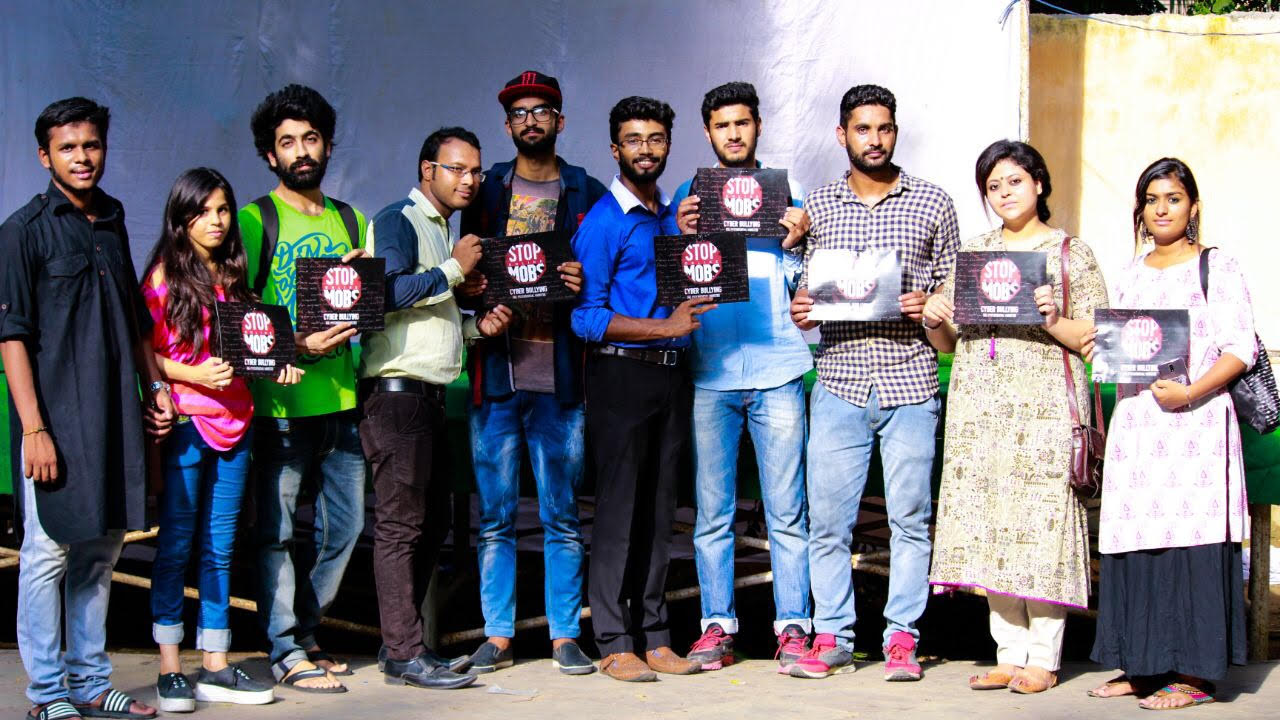 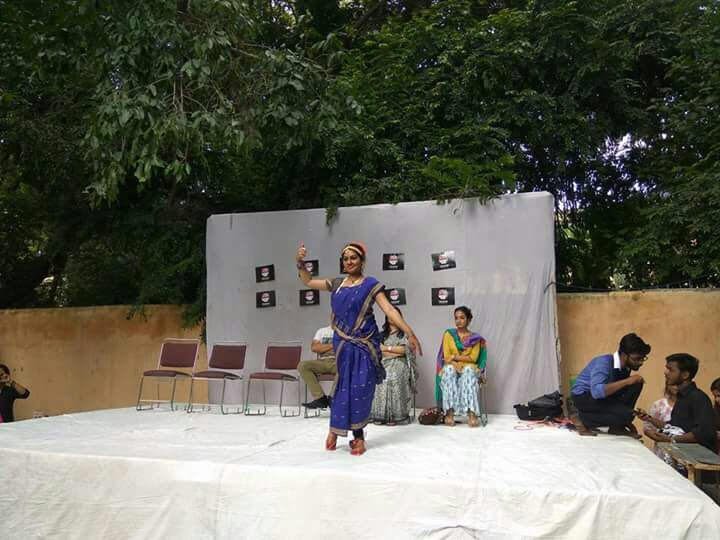 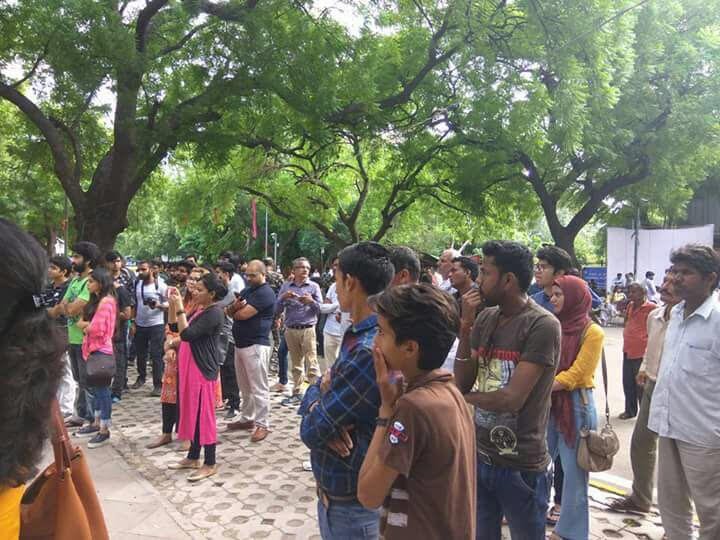 If you have a story that can add to the database, please email me at simran.keshwani@gmail.com.