Gu Chu Sum – Being A Political Prisoner In Tibet

By Sumantra Mukherjee in Human Rights

As told to the author by the president of Gu-Chu-Sum Movement Association of Tibet:

‘Gu‘, ‘chu‘ and ‘sum‘ stand for the numbers nine, 10 and three. We have taken these numbers for a very important reason. The numbers nine and 10 represent September and October, 1987, respectively – while three represents March, 1988 – when Tibet witnessed unrest and pro-independence protests across the three provinces of Amdo, Kham and Tsang.

Even in our communities, there are youngsters who do not know much about the organisation. So, when these Tibetan political prisoners came to India, they had the determination to continue their work for the freedom movement. They had previously been jailed in Chinese prisons in Tibet for their political work, for speaking up for the rights and freedom of Tibetans and also for voicing their dissent against the human rights violations and atrocities committed by the Chinese regime against the Tibetans. Additionally, several Tibetans had to face the wrath of the Chinese authorities, just because they articulated their wish – asking their spiritual leader, His Holiness the Dalai Lama, to return to Tibet. 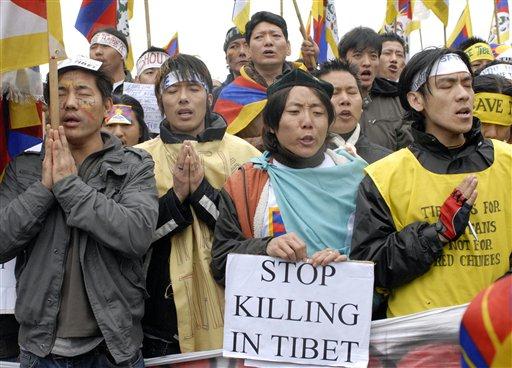 I find it easier to explain the Tibetan freedom movement to the people of those countries which have gone through a similar process. Since we are going through this freedom movement, I can say that it’s impossible to do so without having love for the country – which is taken very lightly in some nations. In fact, you tend take it for granted.

So, all you seek for is a democracy – a genuine democracy. But what we are stuck with at the moment is the feeling or desire of going back to our country – especially for someone like me who was born here, in exile, and therefore, could not see my own country. Yet, I love it as much as my late father did!

When I was being brought up, I heard about my father’s life in prison, where he stayed for 20 years, six months and 11 days. I remember how he spoke about his imprisonment – and it was somewhat similar to what other political prisoners told me.

In 2003, I lost my father when I was 17. Maybe he thought that I was not old enough – or rather, wise enough – to understand the emotions or pain goes that he went through. So, I will be sharing anecdotes from his part to make it easier for you to get an idea of being a political prisoner. 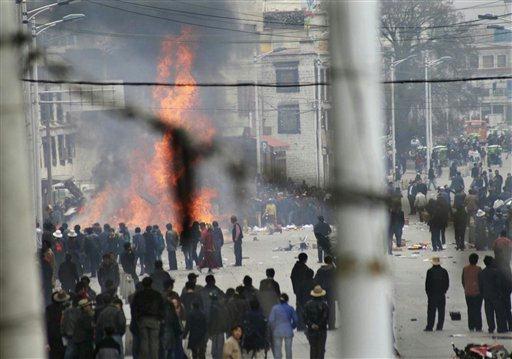 He was imprisoned in 1959 and released in 1979 along with a group of other political prisoners. In 1959, the Chinese army invaded Tibet and occupied it. So, this is the first reason why we are speaking out against China – because they illegally occupied our country, and now, they are claiming it as if it had always been theirs.

Apart from that, my late father also chose to speak up and not be silenced by the Chinese government of China. He didn’t accept the Chinese regime as the ‘new owner’ of Tibet. That’s the reason why he was looked upon as a dissident. He was labelled as a ‘separatist’, a word which the Chinese authorities use to describe a ‘counter-revolutionary’. After all, since they belong to the communist regime, they use these terms and exercise authoritarian control over their subjects.

Like my father, there were also many people who had voiced their dissent and were imprisoned for an equally long period of time. In those days (pre-1979), the political prisoners were made to stay hungry. Many starved for days. The police used to take out the political prisoners, heavily chained – and force them to march on the streets of Lhasa. The intention was to show this to the common people of Lhasa and warn them – “Look, they are political prisoners. See the consequences of going against the regime. This will happen to you too if you do what they did.”

During one such instance, when my father was taken for a ‘tour’, the people of Lhasa saw them marching down the street. Even though they were scared of the Chinese police, they went near the political prisoners and handed Tsampa to them. My father said that was some of the best food he ever had during his days in prison. 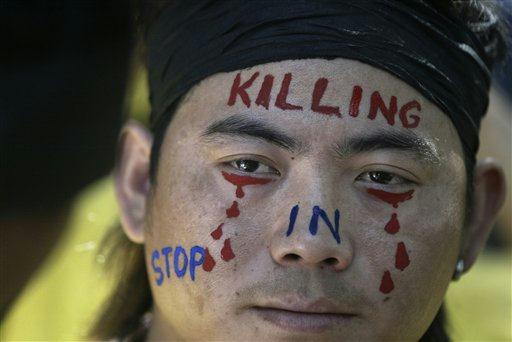 Because I was 17 and was studying in school, my father never told me that he had been starved and beaten by the Chinese police. Later, I came to know that they were also forced to go to labour camps – things I came to know through my father’s friends and the members of the organisation. So, one of the most crucial decisions that I took was to join this organisation.

Every three years, we have a general body meeting – but not before ensuring that each of our members has an invitation to participate in the meeting. We also have elections where we can choose our own board members – and this was how I was chosen. I am the first second-generation, non-political prisoner to be elected as the president of the organisation. Personally speaking, I see my election as a kind of message from the political prisoners – “We have done what we can. We trust you since you care for this movement as much as we did – and therefore, you should take charge.” 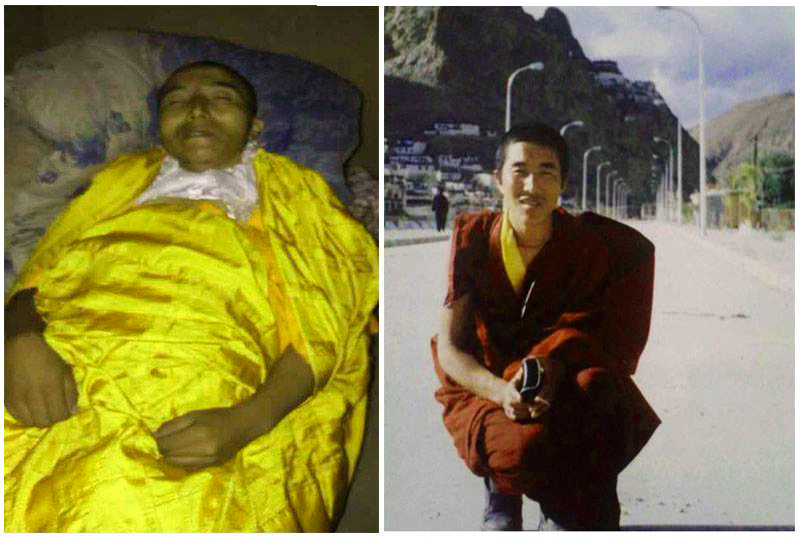 There are five major NGOs ‘in exile’ that focus on the political activities and the advocacy of the Tibetan freedom movement. And you have to understand that despite all the actions we take in exile all around the world, we are not the main agents or heroes.

The Tibetans living in Tibet are the heroes. I am saying this because they are the ones who are facing the threat of the Chinese authorities and living under their authoritarian regime that does not believe in democracy.

Despite the fact that the Tibetans in Tibet either have to obey the Chinese authorities or face atrocities, these pictures from WikiLeaks show why I choose to call them heroes.

Let me share with you a testimony from a nun, who has now settled in Australia with her family and is now a mother of four. She was part of a group of six nuns – she was 15, while the others were 16 or 18. Once, they were protesting with slogans like ‘Free Tibet’ in an event that lasted for 10 minutes, before the Chinese police came, picked them up and beat them mercilessly.

She told me that despite there being many people on the street, no one dared to stop the police. All they could do was to cry out in terror and plead to the police to stop the brutality. After all, no one wanted to be arrested and end up in a Chinese prison.

Now, I am sharing this story, mainly to ask an important question – what happens to a political prisoner and that too, a minor girl?

There are international laws for political prisoners and for criminal proceedings. But inside Tibet, China flouts all these laws.

Apparently, the laws which necessitate the presence of a woman police personnel while arresting women are not obeyed in Tibet. So, these six nuns were taken to detention camps where they were beaten and kicked mercilessly by the Chinese policemen. In fact, I remember her speaking about the intolerable pain she suffered.

I also remember her saying that they used electric batons on a minor, who was being interrogated separately and away from the 18-year-olds, which made her faint within half an hour. However, once she was conscious, the police were at it again.

The police kept asking her who had sent and provoked her to start rebelling against China. She said that she knew about Tibet being an independent nation – and hence, she had chosen to speak up. They said, “But you were born after we came in. How did you know about it?” She said, “I know because I heard about it from my parents and grandparents.” Still, they did not want to accept the fact that a young girl had chosen to voice her dissent against them – and they continued to beat her up till she fainted, once again. 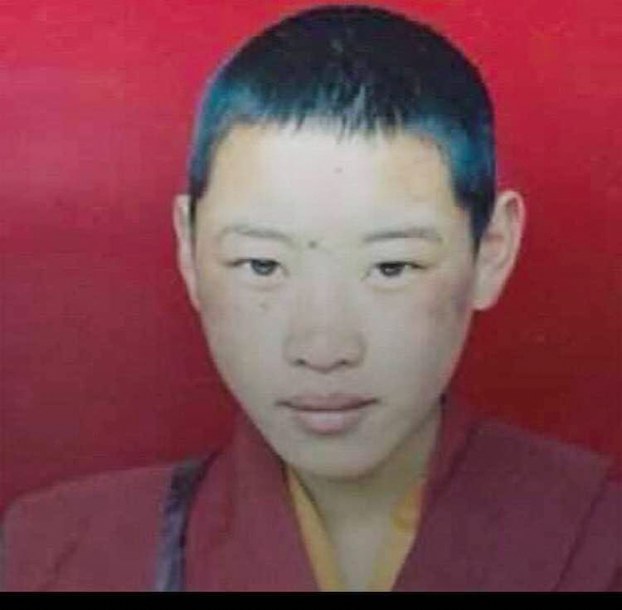 On the second day, the nuns were stripped naked. They took away their clothes and splashed hot water on them – the pain evident in her eyes while she narrated the incident to me.

It was intolerable for her and the other nuns. First of all, they felt ashamed on being forced to stand naked in front of men staring at them. The very next moment however, she forgot all about the shame when two buckets of hot water were splashed on them and they started screaming in pain. The police continued with the same line of questioning as the previous day, but the nuns stuck to their story. Consequently, the police continued to torture them in an effort to make the nuns say what they wanted to hear – without any success.

In the evening, they were again stripped – and this time, they were made to lie on blocks of ice that had been stacked up. She said that she could literally see and feel her skin ripping off, every time she moved on the ice blocks. However dramatic or unreal these may sound, these are the ‘tactics’ Chinese authorities use mercilessly even on 15- or 16-year-olds.

Then, she told me about the third day. Once again, they were stripped naked and brought outside. She told me that she wasn’t of her body anymore because she was thinking more about the pain she had gone through in the last two days. Besides, she was also suffering from psychological trauma and was extremely worried about the nightmares in store for her on this day.

This time, she noticed that police dogs had been brought in, chained by strong handlers. The nuns were all scared. The policemen were murmuring something among themselves. The moment the dogs were released, they ran towards the nuns. She said that she remembers the dogs running, biting her thighs and ripping off the skin and flesh. In fact, she even showed me the scar she still has – and every time she sees that, she is reminded of the day.

However, this was little relief as the ‘interrogation’ continued for a week. By the end of the week, the nuns were completely drained and could not speak or move. Letters were brought in and they were forced to sign them – without even knowing what was written on them. Perhaps, it stated that they had committed a mistake and that they couldn’t indulge in the same activities in future.

The other nun, who is is also in exile in Europe, is now married to another political prisoner. However, she cannot have a child because of the atrocities she faced in prison, even though she wants to. As a result, she’ll never be free of the psychological trauma and will always be haunted by the memories of her prison life.

The two nuns are now settled in free countries, enjoying democracy – and perhaps. the right to vote. But, is ‘she’ free?

Image used for representative purposes only.