By in Business and Economy, Women Empowerment

By Lavanya Garg and Snigdha Shahi:

Lakshmi Devi came from her village Somalapura, in Karnataka, to work in Bengaluru at the age of 18, as a tailor. Four years later, at 22, she is one of the youngest supervisors (employees that oversee the work of tailors on a production line) on the factory floor across all factory units of her employer, Shahi Exports Pvt. Ltd., overseeing the work of eighty tailors. She has undergone two periods of training at her workplace – P.A.C.E. (Personal Advancement and Career Enhancement) training as a tailor and STITCH (Supervisors’ Transforming Into Change Holders) training as a supervisor. 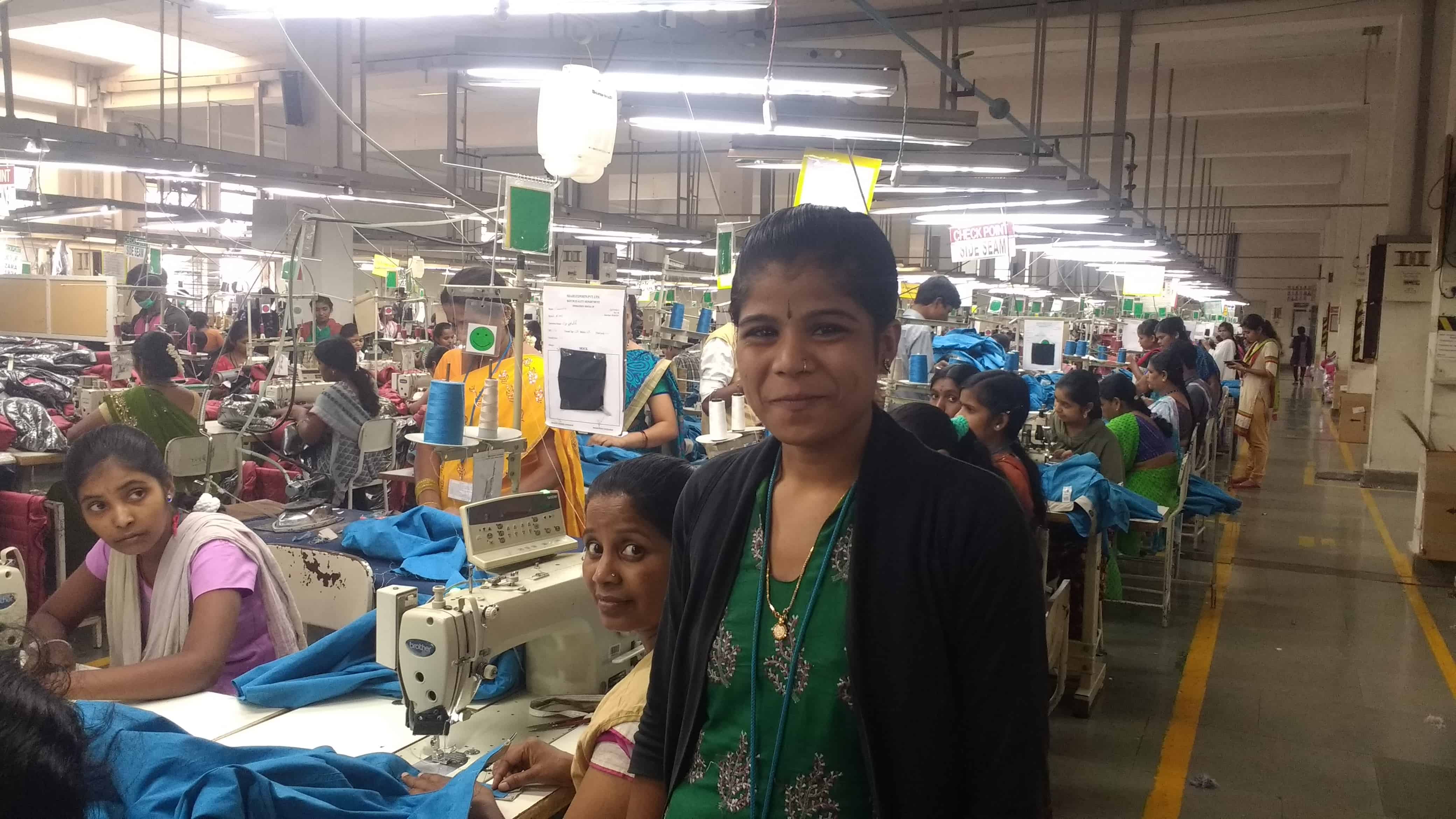 P.A.C.E. is a soft skill training program designed by Gap Inc. that trains women in areas of time management, communication and financial literacy. Lakshmi believes that undergoing the P.A.C.E. training was a turning point in her life- she learned how to imbibe agency, communicate effectively, save money, budget smartly and make optimal use of her time.

“I now feel like I could’ve saved some money during my 1st PUC (11th grade), given that my family had limited resources. I couldn’t even afford to study beyond 1st PUC so I had to take up a job. As an earning woman, I’m happy that I’m able to provide for my family- they are at least now eating well. My younger sister is even going to college!”

P.A.C.E. did not just improve Lakshmi’s social outcomes but made her a better worker. Through randomized control trial, our team found that nine months after program completion, the net rate of return on the company’s investment in P.A.C.E. was 250%.

Currently, Lakshmi is undergoing the STITCH training, which is a soft skills training program for supervisors, that covers topics such as self-esteem, gender sensitivity, problem-solving, effective planning, and harassment at the workplace. STITCH was born out of GBL research that looked at ways in which managerial quality interacts with learning by doing within the firm. The study found that qualities such as vocation-specific experience, managerial autonomy, cognitive skills, personality (e.g., risk aversion, time preferences and psychometrics), and demographic relatability to workers significantly impact productivity on the factory floor. The modules were hence designed to address the qualities that were most deficient across all supervisors at 44 factory units of Shahi, to mitigate tensions between workers and supervisors (highly critical when over 80% of supervisors are male while over 80% tailors are female) and generate returns on investment for the firm.

Ever since Lakshmi has started attending the training, she has seen herself and her fellow supervisors change before her very eyes. She recalls a video shown to them during one of the training sessions- while carrying water to the car, an old man’s utensil breaks down and the water is spilt all over the ground; a couple of days later, he sees a plant growing in the side cracks, where the vessel broke, highlighting that the water isn’t wasted after all. For supervisors, it holds that no tailor is a waste of time and effort- they might not excel at one thing but that doesn’t mean they are of no use- they could excel at something else. Following this session, one of the supervisors near her line, who used to speak very rudely to the workers and would often lose his temper, started interacting with the workers in a friendlier manner. Her own line, which lacked discipline, now conducts two meetings every day to assess targets for the day, ties pieces into bundles and arranges stools before leaving – generally working in a more systematic manner than before. As per Lakshmi, attendance, as well as productivity, have improved in her line. While anecdotal evidence like this provides further motivation for the trial, we at the lab, are keen not to draw any conclusions till the final results from the trial have been analysed.

Our conversation with Lakshmi concludes with the next step of her plan at her workplace- “Well, there are no female Floor-In-Charges in my factory till now, so that’s what I want to be – and set an example for all the other girls!”

While our experiment on P.A.C.E. and inspiring stories of women like Lakshmi highlight the importance of soft skills training in manufacturing environments, the current capacity for skilling workers even in core operations cannot meet the vast needs of an idle and under-skilled workforce in India. With the need of over 15 million people by 2022 just across basic skills in the textile sector, stories of hope and change like Lakshmi’s serve to reiterate that skilling the workforce, in soft skills along with vocation specific skills, is indeed the way forward for worker welfare, good businesses and economic growth.

This article is part of a three-part series that aims to highlight the Good Business Lab’s three focus areas – freeing up female labour force, improving job quality and skilling the workforce – by bringing to life the voice of young female garment workers, on the occasion of International Youth Day. By sharing the hardships, triumphs and everyday lives of young women in the garments sector, we wish to build a dialogue on #WorkerWelfareIsGoodBusiness.

The other two articles can be read here and here.

You can find more stories like these on Good Business Lab’s annual magazine here.