Migration from rural Uttarakhand to urban areas has become one of the biggest challenges in the state. Out of Uttarakhand’s 16,793 villages, 1,053 have no inhabitants and have been labelled as ghost villages.

Project FUEL took up a remote village called ‘Saur’ in Tehri Garhwal, Uttarakhand and collected life lessons from the entire village, including the families that had migrated. We then painted those life lessons, along with folk stories and scenes from the daily lives of the villagers, on the walls of the houses that they were collected from.

This 300-year-old village called ‘Saur’ has been declared a ‘ghost village’ due to the excessive migration that has taken place in it. Only 12 families still live in the village. Most houses lie in a dilapidated and abandoned state.

This Tehri village will be the first one in the world to have a documented database of life lessons from an entire community, exhibited on the exterior of every house wall, including the abandoned ones.

The Wise Wall Project is an initiative by Project FUEL sponsored by RoundGlass. The Saur project was spearheaded by wall muralist, Poornima Sukumar. The style was derived from the Gharwal school of painting, influenced by the Mughal miniature style and patterns. As a part of the project, typography artist Niteesh Yadav studied the handwriting of the remaining 12 families and created a brand new font based on the style. All the life lessons were painted in this new font created for the village. 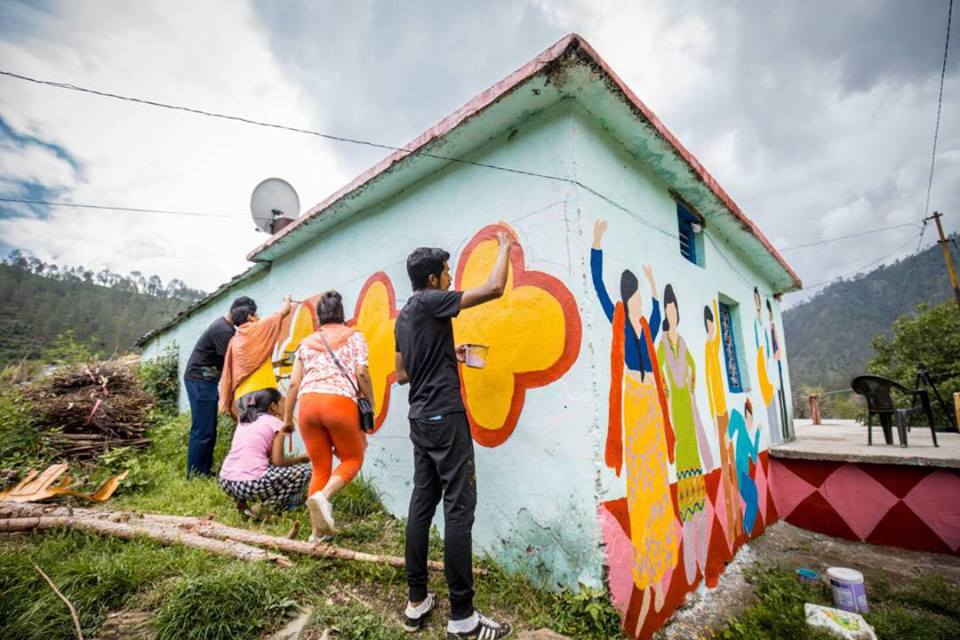 A wall depicting the famous dance routine from Garhwal called ‘Mandan’. The musicians play Dhol and Damau and the villagers dance till the wee hours of the morning. 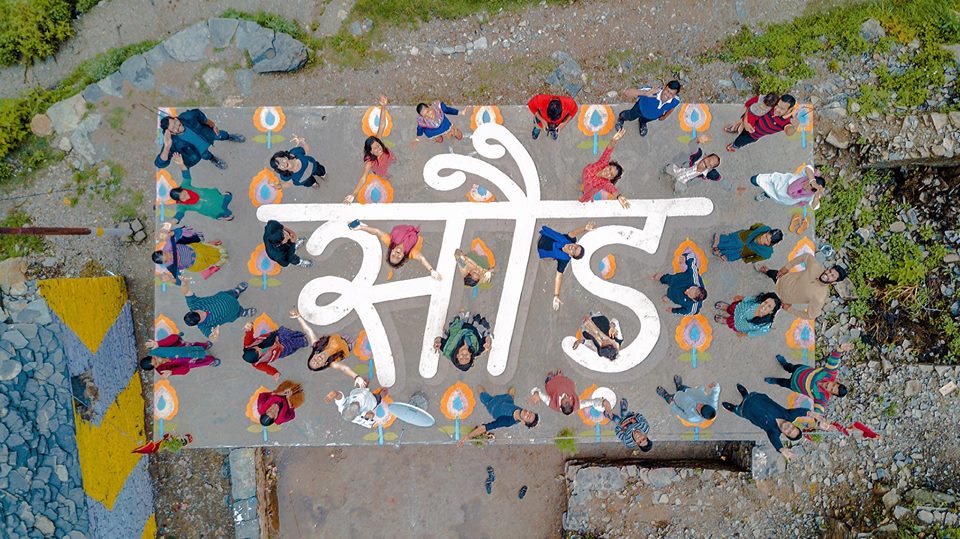 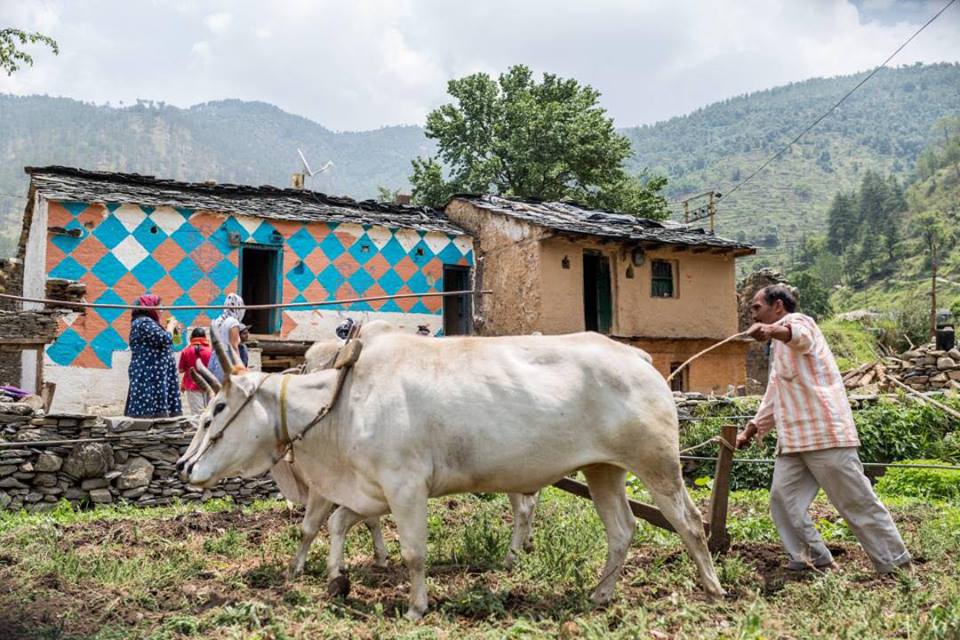 The last house of the village being painted with patterns derived from the Garhwal School of Painting. 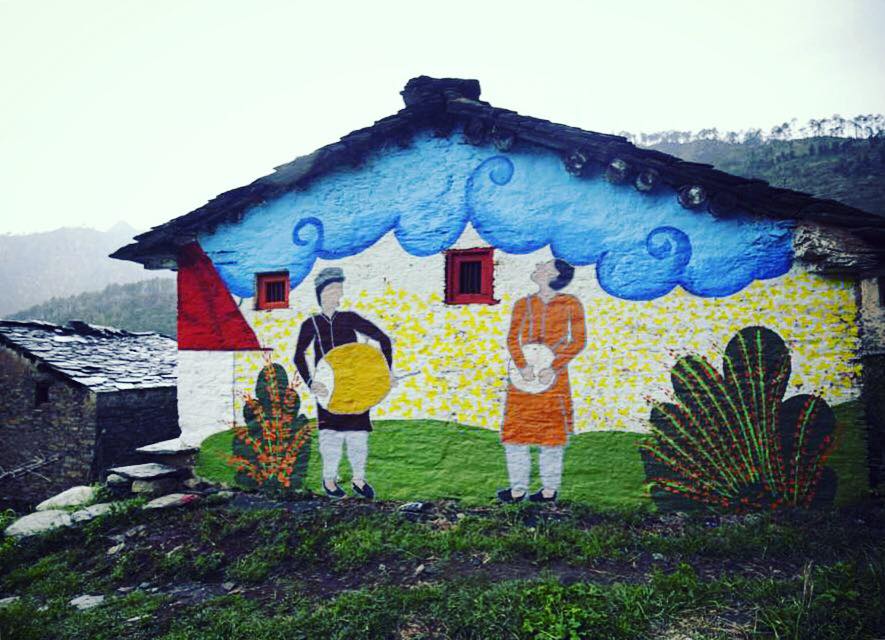 ‘Saur’ is home to Goddess Surkanda, a highly popular deity in the region. Every time the rains are delayed beyond comfort, the villagers gather together to sing songs and request the Goddess for fresh showers. It is believed that for the last 300 years, it has almost always rained on the day following the prayers. This relationship highlights the spiritual connection and strong belief system of the villagers with their God. They consider God to be family and someone they can confide in. 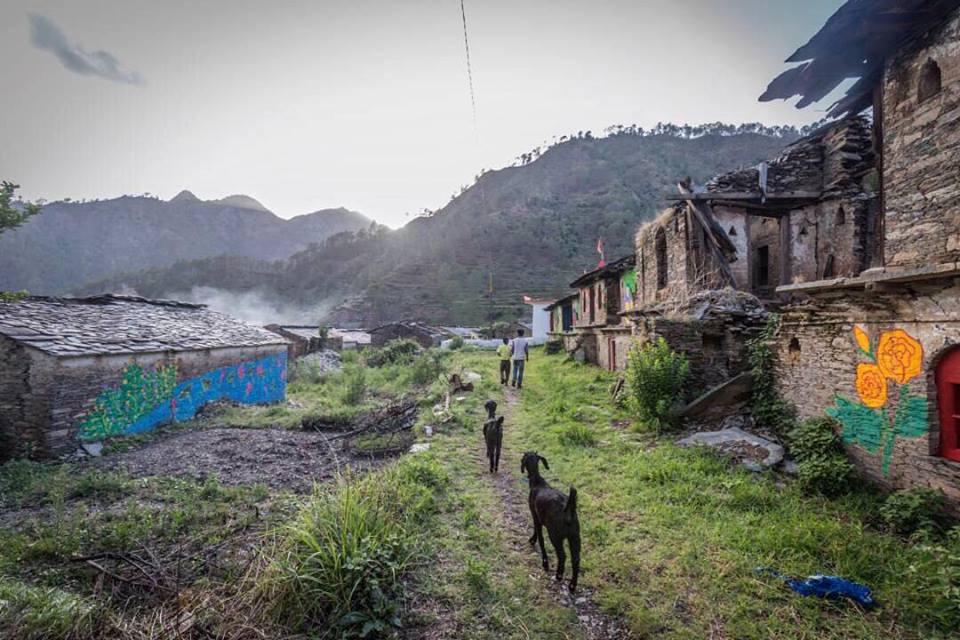 A regular morning in the village. 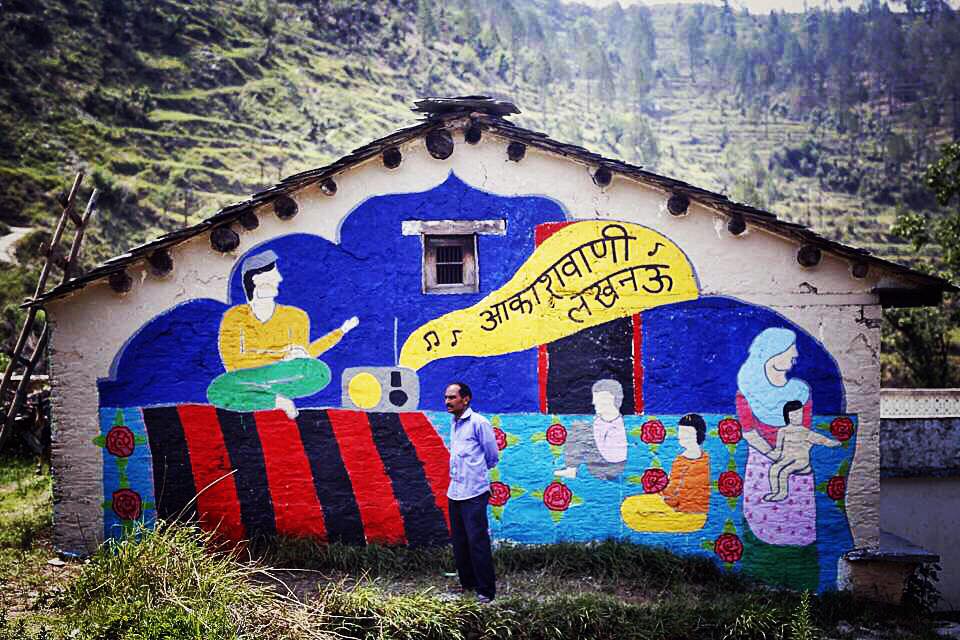 Back in the day, there used to be only one radio at the village pradhan’s house. Radios were provided by the Government of India to village leaders to help them stay updated with the national news. Broadcasts from Akashvani Lucknow could be heard in Saur.

Learn more about Project FUEL, and find more photos of the project here.