By Romit Chandrakar in Culture-Vulture

Pahlaj Nihalani doesn’t require any introduction. The‘sanskari’ former chairperson of the Central Board of Film Certification (CBFC) is not a stranger to controversies. In what I would consider a welcome move, the government has finally sacked Nihalani from his position.

With his controversial regulation and certification tactics, he had not left any stone unturned so as to annoy audiences, producers and directors by awarding numerous cuts to films at the cost of creativity.

He had demanded 89 cuts in the film “Udta Punjab”, nine cuts in “NH-10” and seven cuts in “Deadpool”. In February 2015, the CBFC released a list of banned words. Among the suggestions was replacing ‘Bombay’ with ‘Mumbai’, which left the board red-faced and Nihalani trolled badly on social media. Moreover, he attained the title of ‘sanskari’ when the censor board trimmed down a kissing scene in the James Bond film “Spectre”. 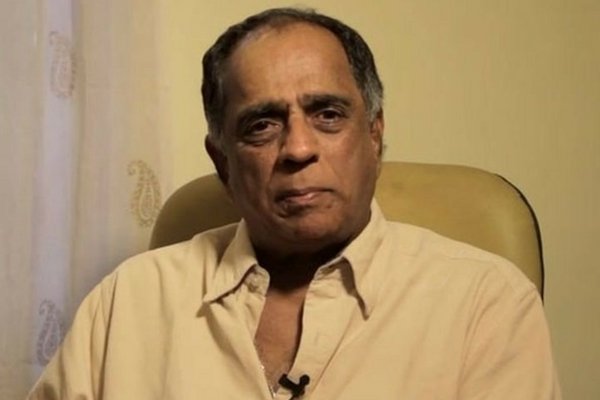 A documentary on Nobel Laureate Amartya Sen drew the censor board’s attention over the use of words like “cow”, “Gujarat”, “Hindu India” and “Hindutva view of India”, used by Sen in the film. Six phrases were asked to be bleeped. I think such moral policing can never be acceptable in free India.

A big question mark was raised on Nihalani’s credibility when he awarded an ‘A’ (adult) certificate to “La La Land” and “Aligarh“, the latter being a film based on homosexuality.

Now the country has high hopes from new chairperson Prasoon Joshi. In my opinion, Nihalani leaving is a blessing for Bollywood.

I Am Proud To Say I Am A Munawar Faruqui Fan

“What’s In A Name?”: Munawar Faruqui Is Being Targeted Because Of His Name

How I Used ‘Maslow’s Hierarchy Of Needs’ To Understand Patriarchy