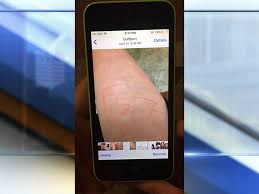 Several lessons can be learned from the most controversial case of blue whale challenge. Blue whale challenge as we all are aware of that this game had made a controversial remark this year and created a threat among all parents. we all know of deaths caused by this game. It involves a fifty challenge task which are monitored by a curator . They include watching horror movies and inflicting self harm. The children who are playing this are also expected to take photos of them undertaking the challenge and upload them as proofs for the curator’s approval . This game ends with killing or can say committing suicide by the player. It gaves a painful death to any kind of a person it can be 10-13 years also . This game has destroyed many families in India. One of the case is of 14 years old mumbai boy earlier this month , who apparently jumped off the roof of his house sparked rumours that he did it as a dare while playing the online game . This game has hugely influenced many children and teenagers. They get so much involved in the game that they dont even tell their parents that they are playing the game. The tasks are like that you have to draw a blue whale on ur arm with blade .If one is unsuccessful in completing the challenge then he should be punished. In the fear of punishment the children gets affraid of it and in that fear they start completing the tasks. The govt. has also taken action against it .They told that if you notice your children that they are behaving differently or a change in their behaviour then please keep a check on their phone , inform us and dont leave them alone .

I agree with this that the children are so much of influencing with the online game that they are doing it and playing it so generously that they are not even telling their parents . All parents are requested to watch their children and guide them properly and give them a proper time and if you notice any change in their behaviour then inform immediately to the police and dont leave them alone so that ur children get saved as soon as possible .

Empower Your Daily Exercises With Supplements