Editor’s Note: With #JetSetVote, Youth Ki Awaaz and Facebook India have come together to create a community of millennials who are aware and informed about their voter rights and responsibilities, through a series of workshops organised in collaboration with PRIA across 50 campuses. If you're a student, teacher or admin member, register your college to organise a fun session!

As citizens of a democracy, one of the most important rights we have is to be able to vote in the country’s leaders. And as responsible citizens, it is important that we are aware of who we’re voting to power. For instance, voters in India enjoy the right to know details such as a candidate’s educational qualifications, his or her criminal records and their assets and liabilities, among other things, before casting their votes. Not only does this ensure that the sanctity of a democracy is preserved, but it also ensures that an informed decision is made before choosing the nation’s leaders.

In the 2014 General Election, for instance, even though the voter turnout was its highest ever, at 66.4%, India also witnessed the formulation of a parliament with 34% of members with criminal charges, an all-time high! Have a look: 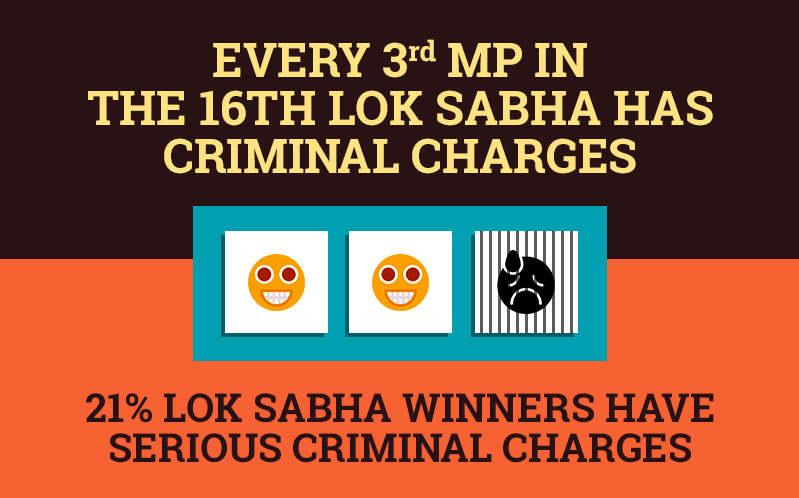 A 2014 Association of Democratic Reforms (ADR) survey revealed that every third MP in the 16th Lok Sabha faces criminal charges! In fact, the 16th elected Lok Sabha has the most number of MPs with criminal charges, so far, The Hindu reported. 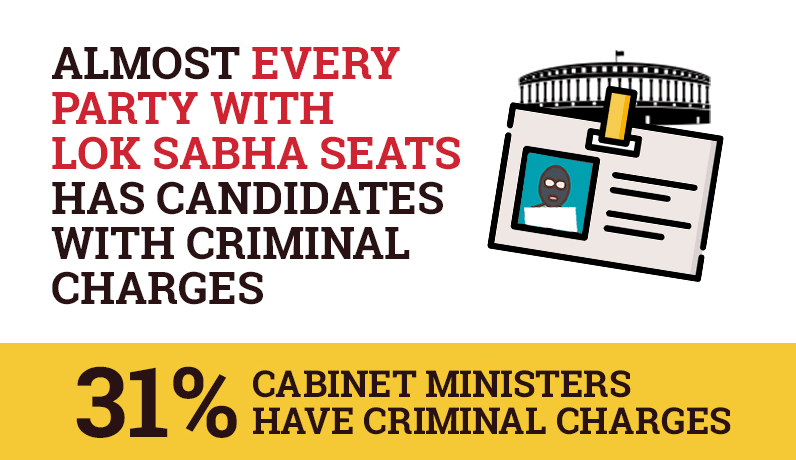 What’s more, Hindustan Times reported that 18% of the Cabinet Ministers have serious criminal charges against them, like crimes against women, murder, and attempt to murder.

The IBTimes also reported that 10 Members of Parliament have been charged with dacoity and robbery and 2 MPs have cases for crimes related to women. 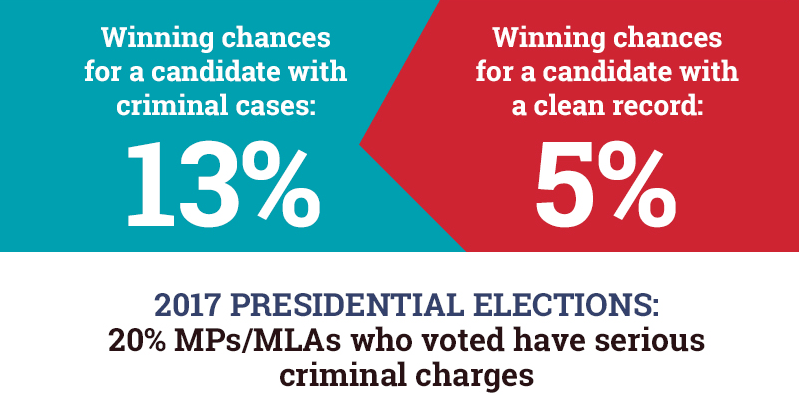 And to top it off, candidates with criminal charges have a 13% chance of winning seats, as compared to a paltry 5% winning chance for candidates with a clean slate. It’s disheartening, yes.

Also read: In 12 Points, All You Need To Know About Your Candidate Before Casting Your Vote

But there’s a way to change this. How? By exercising our power to vote responsibly.

In the last General Election, only half of India’s 150-million first-time voters actually cast their votes. And the overall voter turnout stood at 66.4%. Imagine, now, if India’s voter turnout was close to 100%. As conscious young citizens, it is no less than our duty to change the status quo – and it doesn’t take much! So, by 2019, will you flip the script and #JetSetVote?

About #JetSetVote: #JetSetVote is a nationwide movement to make voting fun, interesting and engaging for the Indian millennial. As part of the campaign, Youth Ki Awaaz and Facebook are organising workshops across 50 campuses in India to train first-time voters as conscious citizens and educate them about their voting rights and responsibilities in a fun and engaging manner. Become a part and pledge your vote, here.