By Rushil Saini in Education

This is not an impractical fantasy but a realistic dream.

I say it’s a realistic dream because I have seen Satish, a former daily wager dedicating every day of his life to making government schools better. I have seen a relentless and a dedicated, Amna Begum supervising mid day meal distribution in a school for the last six years. It is moving to see a mother of three, sweating it out at government offices so that no child would have to sweat for their right to a quality education. It is empowering to witness people from different walks of life coming together because they believe that quality education is an inalienable right of every child. These parent leaders often serve as a reminder that the best way to preserve our democracy is to take part in it. 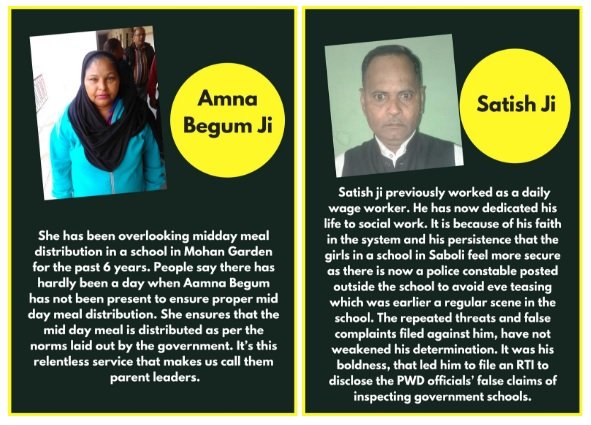 These parents you just read about had one thing in common, apart from their zeal to ensure a quality education for children, they were all a part of the School Management Committee (SMC).

These parents exemplify that having functional and democratically elected School Management Committees (SMCs) is going to change the educational landscape for the better. It’s after looking at these parents, I believe that an informed parent and a functional SMC is central to public education system, just like an informed citizenry is central to a democracy.

However, most of the SMCs simply exist on paper and are not properly functional. A 2014 study by a Delhi-based NGO ‘JOSH’ showed that around 94% parents had no information about SMC formation. Moreover, no data about percentage of voting and number of nominations is publicly available about the SMC elections conducted two years ago.

I have had the opportunity to witness the work of an organisation working in the same field. Samarthya, a not for profit, is currently working with 14 SMCs in East and West Delhi.  They familiarise SMC members with their duties, rights and the ways of procuring those rights.

I have witnessed the inspiring changes brought by these SMCs. I have interacted with some of these parents and have been inspired by their commitment towards changing the public schools for good. I have attended the training sessions conducted by Samarthya, and am convinced that this kind of intervention can help make SMCs more constructive. It can encourage our communities to take ownership of public schools, thus turning our dream of excellent public education into reality.

In fact, Nirmala, an SMC worker in Kakrola said, “I never had any information about my duties as an SMC member before. But now I am informed. I feel empowered. I inspect the school without any fears and now I know what to do when i see a problem in school. I recently filed a written complain about teachers not being present in class. Most importantly, my self confidence has now increased several times.”

Rights that are put into action give freedom and freedom combined with knowledge, empowers. We all dream of an educated, informed and empowered India. Let us unite in achieving this shared dream.

So, here is the call for action. I invite you all to be a part of the change. I invite you to be a part of SMC elections 2017. Here is your chance to make sure that parents are informed about the rights of their children and positive public discourse is built around the role of parents in ensuring good quality education.

1. Nominate yourself as a social worker or MLA representative by contacting your local MLA.

2. Distribute this pamphlet in your neighbouring community where children study in government schools. 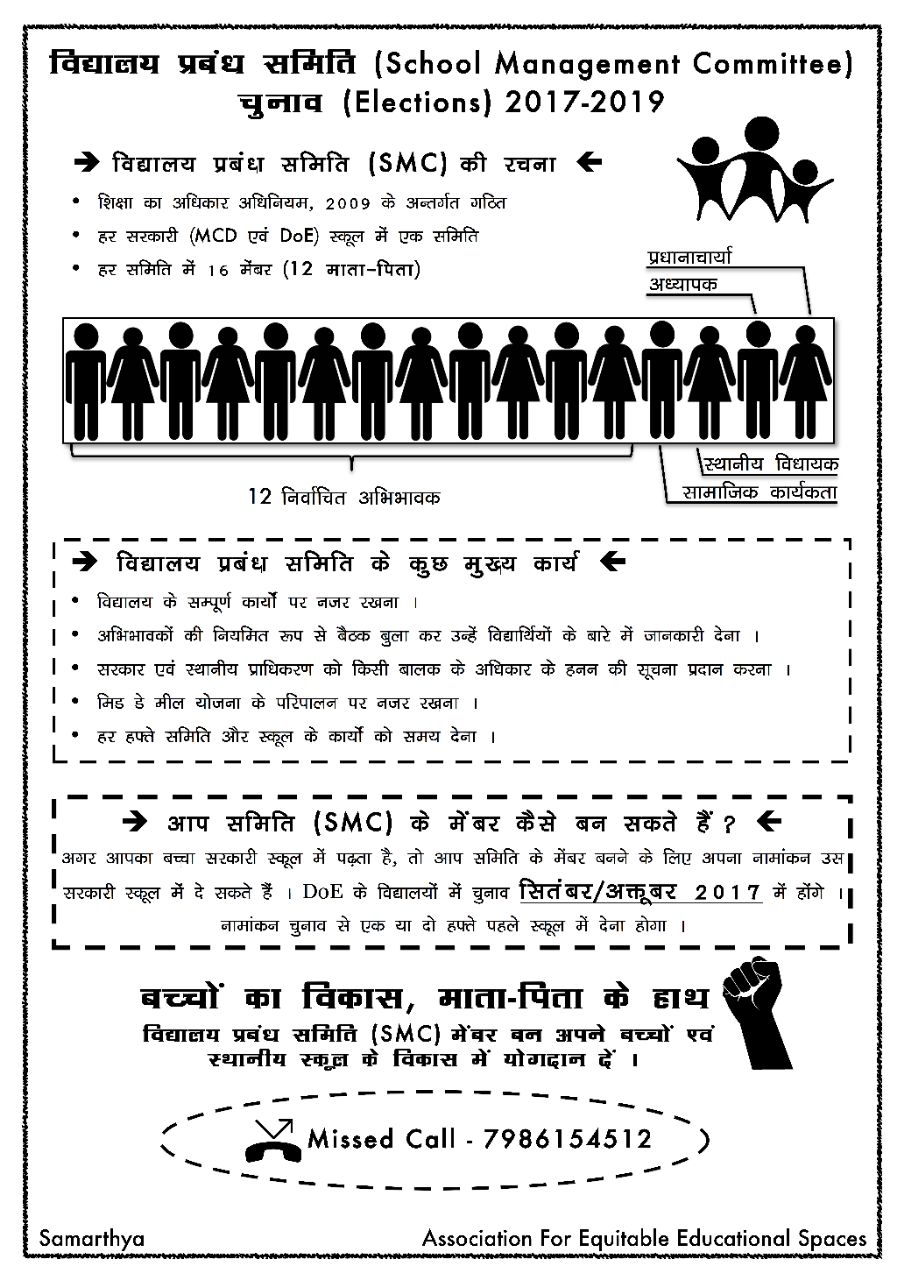 3. Persuade parents of children studying in government schools to be part of SMC elections. Either by nominating themselves as a candidate and/ or by voting for the candidate of their choice.