During an informal interaction on issues pertaining to the ‘politics’ of Left parties in India, a senior professor in JNU told this author that “Communist parties are in a dismal state” and they have succumbed to the logic of ‘brahminism’ in their pursuance of ‘Marxism-Leninism’ as a ‘project for social change’ in India’s social settings. He opined that the politics of ‘splits’ and ‘expulsions’ would lead to the extinction of already weakened Communist politics in India. The professor sarcastically claimed that “The day is not far when the Left parties would turn into one man armies, and the General Secretaries of the respective Communist parties would go to a mirror and say to themselves: Comrade, I expel you.”

Communist Parties coming to centre stage for controversy emanating from the expulsion of their promising ‘leaders’ is nothing new. The history of the ‘Left’ is fraught with the menace of ‘splits’ and ‘expulsions’ which had a crucial role in shrinking its spheres of influence in India’s political landscape. While Communist parties split on ideological grounds, political differences combined with factional fights under the ‘guarded party’ committees led to expulsions of eminent leaders from the primary membership of their respective parties. Since such cases are beyond the ambit of discussion in brief commentaries of this sort, I would be focusing on the ‘exit’ of two prominent youth figures from the leadership of Communist Party of India (Marxist) – Prasenjit Bose and Ritabrata Banerjee – who were known faces of the ‘Left’ in Indian Universities.

Expulsion Of Prasenjit Bose: A Case Of Ideological Dilemma

It was in June 2012 that the CPIM expelled Prasenjit Bose, who was the convener of its research unit, seated at the ‘headquarters’ popularly known as AKG Bhavan in Delhi. Prasenjit had challenged the CPIM’s decision to support UPA’s candidate Pranab Mukherjee during the then Presidential elections. In an open letter he had protested against the Party’s decision and announced his resignation, following which the CPIM expelled him. 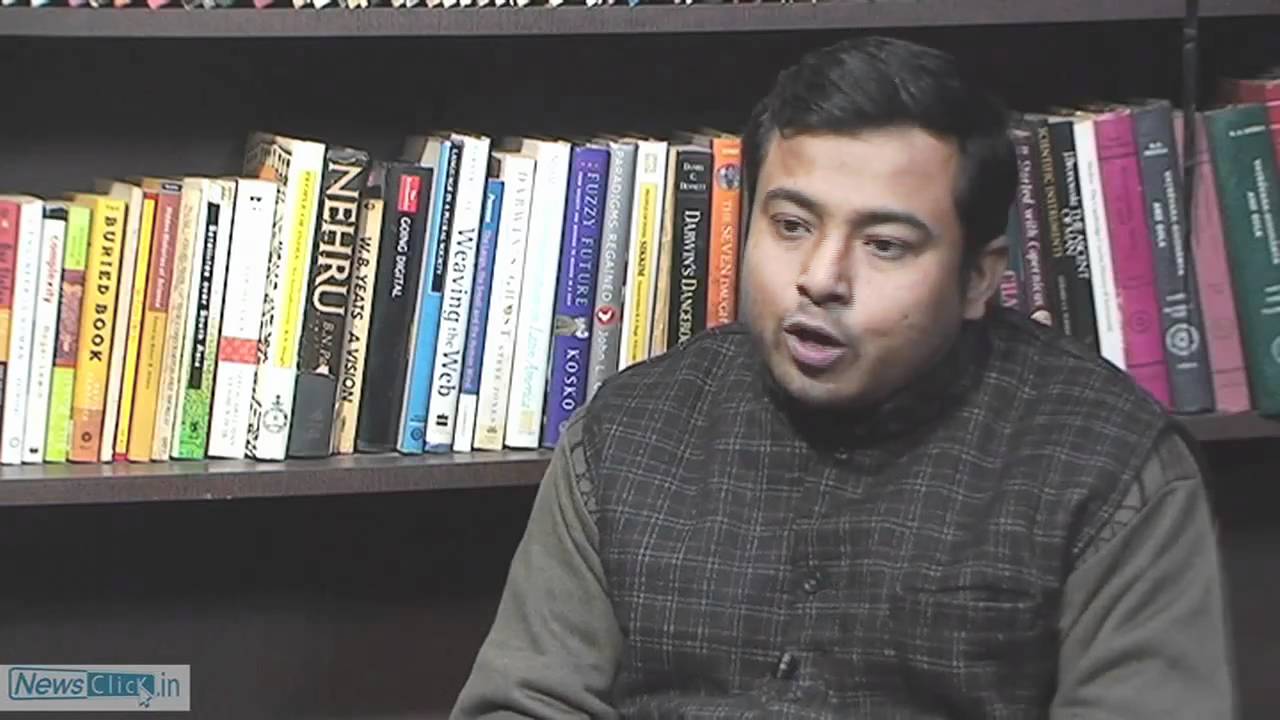 This had caused turmoil in the CPIM in the last week of June 2012 and in the following months. In his open letter Prasanjit Bose stated the following:

“I protest against the decision by the Polit-Bureau to support the candidature of Mr Pranab Mukherjee, the Congress nominee for the presidential elections. I consider this to be a grave error which will harm the Party and disturb Left unity. The Party leadership has committed one mistake after another since 2007—coercive land acquisition in West Bengal, the Nandigram police firing, allowing the UPA Government to approach the IAEA with the nuclear deal, giving a call for a non-Congress secular government in 2009—and then accepted them in a cavalier manner in Party Conferences without fixing proper responsibility and conducting rectification thereon.”

Prasenjit’s resignation, according to his followers in JNU (the then ‘SFI-JNU’), was a reaction to CPIM support of Pranab Mukherjee’s candidature to the Rashtrapati Bhavan. Soon after his resignation, a ‘resolution’ was adopted in JNU by his supporters who then identified themselves as ‘SFI-JNU’. They openly came out against Pranab Mukherjee’s candidature. As a consequence, the top leadership of the SFI-JNU was expelled and the unit, which was dominated by Prasenjit loyalists, was ‘dissolved’ by the official Delhi State Committee of SFI. At present people who belonged to the Prasenjit faction are running a new organization, renamed as Democratic Students Federation (DSF). In the after years of his expulsion from CPIM, Prasenjit became active as a self-proclaimed critic of the Left, centered on West Bengal.

During his tenure as ‘Research Convener’ of CPIM, the faction led by Prasenjit influenced policies of the CPIM in general and SFI in particular. He had initiated a series of campaigns to shield the party’s conduct in Singur and Nandigram. It was under his stewardship that SFI fought elections in JNU since 2007, by covering up the violent crackdowns in West Bengal.

A couple of years after he was ousted from the CPIM, he had openly put forward his ‘new found’ analysis on the dynamics of the ‘Left’ as an erstwhile insider. In his contribution to an edited volume titled ‘Democratic Governance and Politics of the Left in South Asia’ (2015), Prasenjit admitted that the CPIM compromised Marxism and it brought neoliberal policies to West Bengal as early as 1994, when Jyoti Basu was the Chief Minister. He also revealed that the CPIM continued on its rightward shift with more confidence when Buddhadeb Bhattacharjee was the Chief Minister of Bengal, which led to the decline of the Left’s appeal among the masses. At the same time, pointing to organizational lacunas, he asserted that the “revolutionary essence of Marxism has to be rescued from such Marxism Leninism” which embraced neoliberal capitalism and killed democracy.

Very recently, in a ‘commentary’ published soon after the ‘JNUSU 2017’ elections, Prasenjit claimed that “while Marxism in its old and new variants continues to prevail over Savarkar-Golwalkar’s Hindutva in JNU, it needs to deeply engage with the thoughts of Ambedkar, and perhaps also the organic praxis of Gandhi, to combine a vision of reconstruction with the spirit of resistance.”

Since 2012, Prasenjit Bose and his squad seem to be busy critiquing the fundamentals of ‘democratic centralism’ in the functioning of Communist parties, and asserting the need for autonomous voices within the organizational spheres. In the bygone years, they sought to invoke the stories of peoples’ democratic movements around the world to substantiate their claims. His sympathizers in JNU pointed out that developments in ‘Latin America’ and the advent of the ‘Arab Spring’ are new specificities of liberal democracy, which give credence to Prasenjit’s thesis of ‘twenty-first century socialism’.

But the central question remains unanswered. If Prasenjit and team were uncomfortable with the principles of ‘Marxism-Leninism’, consequently with ‘democratic-centralism’ as practised by CPIM, why did they persist with CPIM for a long time, especially from 2007 to 2012? These were the years when Prasenjit Bose led the Research Unit of CPIM and publicly defended the state-sponsored atrocities in Singur and Nandigram in the name of resisting Maoist violence.

Expulsion Of Ritabrata Banerjee: A Case Of Organizational Crisis

Ritabrata Banerjee was at the helm of affairs in SFI when Prasenjit Bose was thrown out of the CPIM. Soon after the removal of Prasenjit, SFI’s JNU unit was dissolved by the leadership for rallying behind Prasenjit’s stance against Pranab Mukherjee’s presidential candidature. The meeting which decided the expulsion of Prasenjit supporters in JNU in early July 2012 was attended by Ritabrata Banerjee, who was then the General Secretary of All India SFI. 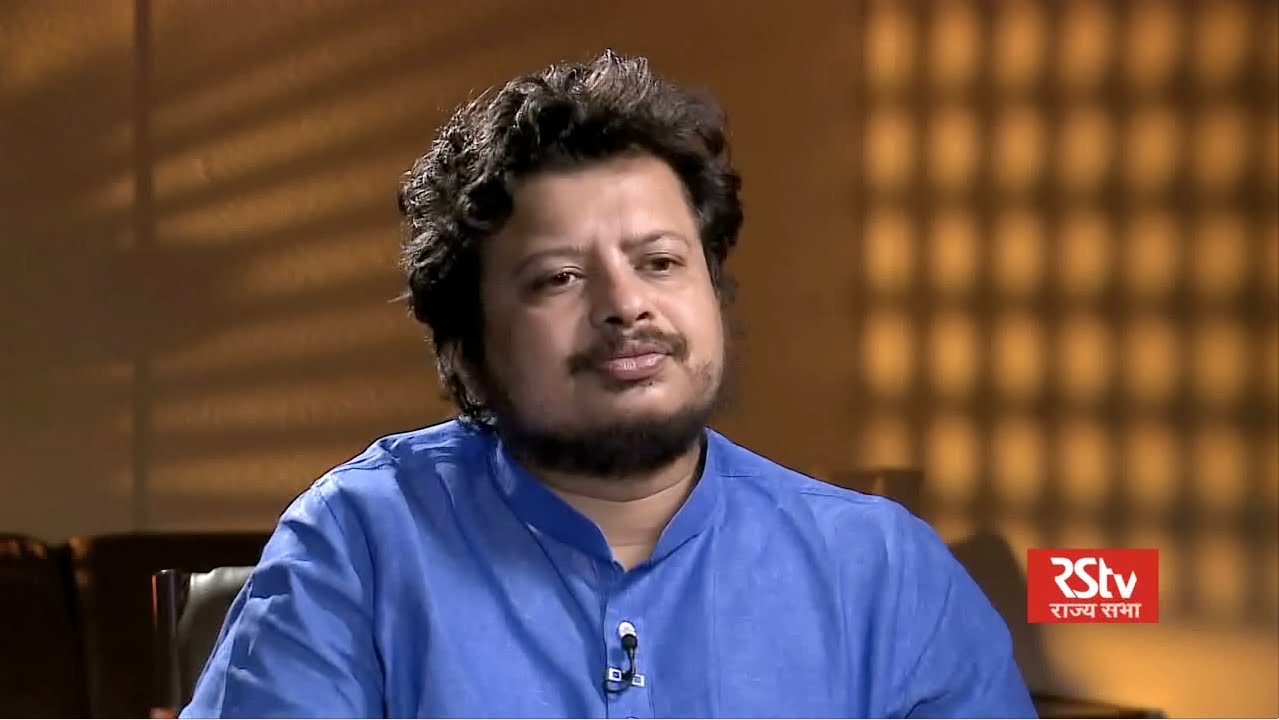 Later in September 2012, when the Prasenjit supporters (then SFI-JNU, now renamed as DSF) won the post of President in the JNUSU elections, Ritabrata Banerjee stated that the SFI-JNU “is like a B team of AISA. We are of the firm conviction that there has been an arrangement between AISA and its B Team. Unlike a regular election, where the winner gets all the four seats, this time the president’s seat has been won by SFI-JNU while AISA has won the other three seats.”

Recently, Ritabrata, also a member of the Indian Parliament, was expelled by the CPIM. The party apparently charged him with having a ‘lavish lifestyle’ and ‘disproportionate wealth’, thereby moving away from a communist way of life. The much-awaited expulsion came after a controversy where he was spotted in an image wearing an Apple Watch and carrying a Montblanc luxury pen. Seeing this, a lower rung party worker had asked on social media how a ‘full-time communist’ can afford to have such luxurious products. CPIM leadership then decided to probe the matter with a three-member panel, on whose recommendations Ritabrata was expelled.

The Ritabrata episode signifies an acute organizational crisis that the CPIM is engulfed in. In an interview with Arnab Goswami recently, he levelled multiple charges against the party leadership. He alleged that the CPIM is in a polarized phase where the husband-wife duo of Prakash Karat and Brinda Karat has remote control over the decision-making of the party, against a minority faction led by the General Secretary Sitaram Yechury. Other allegations made by Ritabrata include that the party interfered in his parliamentary duties, the denial of financial autonomy over MP funds, nepotism by the party, and the party leadership’s role in instigating murders of political rivals, especially as seen in the Kannur district of Kerala. He came out against the loosening scope of communist appeal around the country and characterized the ‘Left Unity’ in JNU as a limited discourse which is confined to what he calls ‘Ganga Dabha to Jamuna Dabha’ politics.

A few days after the revelations by Ritabrata, CPIM reacted with a statement on September 17, 2017. The party alleged that a “section of media took his side and criticized the state party leadership for the decision in the State Committee.” CPIM justified his expulsion on the grounds of ‘going public’, ‘leaking party secrets’, ‘moral degeneration’ with respect to women, ‘inconsistencies between income and expenditure’, and having a ‘lavish lifestyle’.

What do the expulsions of Prasenjit Bose and Ritabrata Banerjee say about the affairs in the CPIM? Is it plausible to term their cases an ‘ideological crisis’? Or should we call it an ‘organizational crisis’? Both of them hail from West Bengal and have a sound social background. While Prasenjit was instrumental in framing policies of the CPIM, especially during the debacles of Singur and Nandigram, Ritabrata was a promising mass leader who led the SFI with his well-praised leadership, for which he was rewarded with membership in the parliament as a CPIM nominee. Both of them were in ‘collaboration’ to defend their ‘party’ during electoral setbacks in West Bengal.

While Prasenjit once was a lifeline for steering the ideological defence of the CPIM in JNU and on national TV sets, Ritabrata had a wider fan following right from Kerala to JNU. After expulsion from CPIM, they seem to be orienting themselves towards polar opposite routes. While the former wanted to stay within the framework of ‘Left politics’ as a critic, the latter is now applauding the significance of ‘democratic institutions’ over narrow party lines. After being expelled from the Party, Ritabrata is self-identifying as a ‘Bengali Crusader’ in a battle to revive the cultural-national idioms of the past. There are speculations that Ritabrata might soon embrace the BJP or the Trinamool Congress to challenge the CPIM in West Bengal.

The Prasenjit/Ritabrata episodes show that ‘dissent’ and ‘democracy’ are not the CPIM’s cup of tea. Even though both of them spoke against the dogmatic practices in the CPIM, we cannot ignore the fact that they both had contributed to the sedimentation of ‘authoritarian tendencies’ in the CPIM, to which they are being subjected as victims now – that too out of vested factional interests. While the former wants to reorient ‘Left’ practices from within, the latter brings to the forefront the dilemma faced by the CPIM in Indian parliamentary conditions. Since both the capable young leaders inherit a tradition of ‘factions’ and ‘purges’, they both would remain as ‘two sides’ of the ‘same coin’ irrespective of the ‘political path’ they may pursue in future.

The author is a Research Scholar at the Centre for the Study of Social Systems, School of Social Sciences, Jawaharlal Nehru University.