Why Do Men Feel Threatened By Women Bonding Over Social Media?

By Sneha Verghese in Sexism And Patriarchy, Society, Women Empowerment

As women belonging to the upper class/upper middle class/elite, we are a privileged lot who take a number of things for granted, including access to the internet, social media, and mobile phones (especially smartphones/Androids), and make them a part of our life, without feeling the need to take “special” permissions from anyone to do so.

It was, therefore, quite surprising when at a recent academic conference I attended, a presenter actually berated women for using smartphones and especially Whatsapp. They lamented that “women today are addicted to using Whatsapp till late into the night, ignoring their families and their needs, and that therefore, social media is leading women astray”, a statement that actually received nods of appreciation and applause from an audience that consisted predominantly of men. The few women who were present chose to stay silent and look away.

What really shocked me, though, was that (1) the speaker was a social science researcher; (2) the audience consisted of men and women within the ages of 25-60, of which almost all were social science researchers, and many were experienced scholars/professors, holding positions of repute; and (3) that we were all assembled to discuss advances in education and media.

Though I am in no way denying the dangers that the indiscriminate use of social media and mobile apps can present, and even more so to women, I cannot but point out the underlying sexism in this statement.

Till social media and smart phones came into the picture, most of us had no way of contacting or keeping in touch with our old school friends or college mates. This was especially true in the case of women, who, after their wedding, were expected to devote their entire time to their ‘new’ family: the husband, the in-laws, and the kids, as and when they arrived into her life. She no longer had time for herself, or time to meet her old friends. 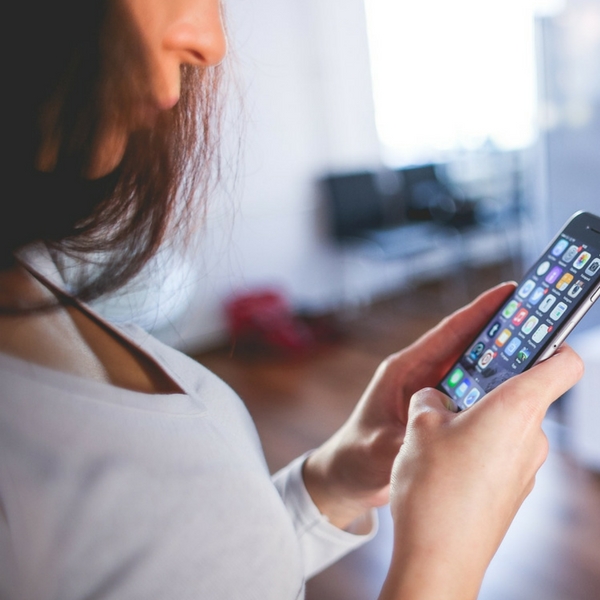 Before telephones came into the picture, writing letters was the only way people could communicate. And often, following a girl’s marriage, she lost all contact with her school/college friends, either because she didn’t get the chance to share her ‘new address’, or simply because it was understood that the woman belonged to her ‘husband’ or her ‘husband’s family’, and henceforth needed their permission even to communicate with her friends. She was forced to make do with the company of other housewives in the neighbourhood, and if she were a working woman, she could still build up certain bonds with her colleagues that ranged from formal to a strained informal, which automatically became void the moment she stepped out of office.

The ‘husband’ or, ‘the man of the house’, on the other hand, was free to pursue his old friendships, make new ones (and as many as he wanted to), move around freely with his friends, plan evenings/outings with them and so on, while the wife kept house for him, took care of the children, cooked, cleaned and slogged the whole day long. He was never answerable to his wife, while she was always answerable to him.

But enter smartphones, enter Whatsapp and Facebook, and women discover, much to their joy, that they suddenly have the freedom to contact any of their old friends using these media, and without any extra efforts. They needn’t explain any more to their in-laws or husbands or take ‘permission’ to visit/meet their old friends. Long, animated discussions occur on the virtual platform, giving them a vent for their frustrations, and also providing them with a sense of fulfilment and satisfaction that can only come from the everlasting, deep relationships that they forged with their friends of childhood and adolescence.

And suddenly, the men also discover that for once, they’re being ignored. Their wives seem to find happiness in bonds that are not familial, and their reason for existence is no longer to serve their husbands and children alone. They are discovering the joys of having a life of their own, a mind of their own, bonds of their own, a social life of their own (virtual though it may be) even after marriage – that one ritual that cuts them off from being themselves.

And then, how can the patriarchal streak not kick in? Whatsapp and Facebook can be blamed – oh, so easily – for being those banes that draw their wives away to ‘loose’ lives, for making them slaves of technology, and of course for weaning them away from their domestic duties. For making the women of India forget their ‘culture’ and ‘go astray’. The statement made at the conference, and the reactions it received, unfortunately, reflected the very same mentality that seems to exist in the minds of men even today, that strictly defines a woman’s place at her home and how the men get the right to decide where her loyalties lie.

Why is it that every reference to India’s culture has to do with limiting the freedom of women? Why is it that a woman’s right to choose (whether it be food, dress or relationships), to accomplish, to achieve, is always undermined? Why should it always be the woman who should be the ‘dutiful’ one, while the man is not as culpable when he strays, or simply, exercises his right to choice?

Today, as women rediscover their right to a life equal in every sense to that of a man’s, the dominant male is feeling uncomfortable and threatened; and hence, the reluctance to accept that the internet and social media of today are empowering women to have a freedom that they never themselves granted to the women in their lives.

If at all, what the speaker at the conference said is true, and women are unfairly spending a major part of their lives on social media, it points to a much deeper problem: what were the women doing with their time, and their lives, before social media? Have they been educated enough? Are they employed? If they are not employed, have they been reduced to entities who just do household chores? For, unless they have a lot of time on their hands, it is highly unlikely that they would fall prey to such an addiction, and once again, the issue is no longer about their use of social media, but the environment and conditions around them that induced them to find solace in a virtual network. If women are gainfully employed in a productive atmosphere, they would definitely not have the inclination to give it up for frivolous ‘chatting’. This shows that most women must be, in such a case, unemployed, and confined to the four walls of their home, thus forcing them to depend on social networks for a release.

Also read: The Reality Of War Against Women On Social Media

While addiction to social media is definitely disastrous (not just for women, but also for men), using that as an excuse to restrict a woman’s freedom to communicate is simply unreasonable, and reeks of patriarchy. Even before the advent of the internet, women were stalked and harassed, and the internet has only changed the medium of harassment, not its severity or frequency to a great degree.

While every woman must exercise caution when using social media and mobile apps (solely because of the men out there who do not respect them), I completely root for women, of all social classes, to build their very own network of friends and well-wishers, to grow and learn, to develop their own individuality and confidence side-by-side, and to hold their own – through social media at least, if not in the real, physical world. It’s not just friendship you find out there; it’s a whole lot of support, advice, guidance and sometimes, simply the reassurance that someone is listening, when real life gets too drab and demoralizing to describe. Your access to others also contributes to your independence, and if you face any form of domestic abuse, or harassment of any kind, a post on social media, a simple Whatsapp message to a trusted confidante is all it takes to reach out. Don’t let men take your privilege away from you. And men, stop complaining. Give your wives the freedom, the encouragement to explore their own potential, and the respect they deserve, and you will find that she can give you double of herself, and no medium (no, not even those daily soaps on television) can keep her away from her love for her family.