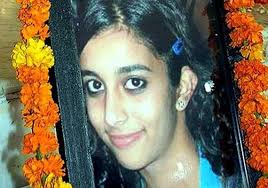 We all are aware of Noida double murder case . As you all know on 15 may 2008 in night the humanity was brutally destroyed and exploited by the killers of Aarushi and Hemraj . Yes Arushi the girl who was found dead with her throat slit in her bedroom in flat no.L-32 Jalvayu vihar in Noida on the morning of May 16 2008 .Firstly it was reported that Hemraj was the one who murdered the daughter of Rajesh and Nupur Talwar .But later it was reported that Hemraj ‘s body was found in a pool of blood on the terrace of the flat on 17 may 2008 . Earlier there were many names which were getting involved in this case . But in few days they all got clearance from the court . The point arises here is that you daughter was getting killed in the next room and you are still unaware of this mishappening at night .

In 2013 the talwars were convicted for the double murder case and sentenced to life imprisonment by a special court in Ghaziabad in november 2013 .On 12 October 2018 , The Allahabad high court acquits the dentist couple Rajesh and Nupur said that they could not be held guilty on the basis of evidence on record . According to me , the justice should be given to Aarushi . If the childrens are not even safe at home then , there is no humanity left in this country .

By Motivational Hub for youth

Why do people procrastinate and how to overcome this behaviour? | Braingyan