2017 Is The Year Of Rajkummar Rao And Ayushmann Khurrana

By Shubham Tiwari in Culture-Vulture

The year 2017 has been a particularly pleasing one with brilliant indie films being ably supported by the changing face of commercial cinema. With the ‘big boys’ failing to live up to expectations with their run of the mill films (“Jab Harry Met Sejal” and “Tubelight”), leaving not just the box office but also their fans in dismay, it’s the newcomers who are skinning the cat alive.

This year has seen new directors taking all the limelight for all the right reasons, like Konkona Sen Sharma’s debut film “A Death in the Gunj”. Production houses are putting their faith in the talent and not name.

Films like “Lipstick Under My Burkha” proved that an indie film can also become a huge financial success, especially due to its subject matter. I am going to talk about the new faces that the public is increasingly becoming accustomed to. Now I know that Ayushmann Khurrana is not new to the scene but given the pace with which he is moving, surely the year 2017 is the one where he has reached a noticeable stage.

But the phenomenon to whom this year belongs is none other than the new face of the common man, Rajkummar Rao. 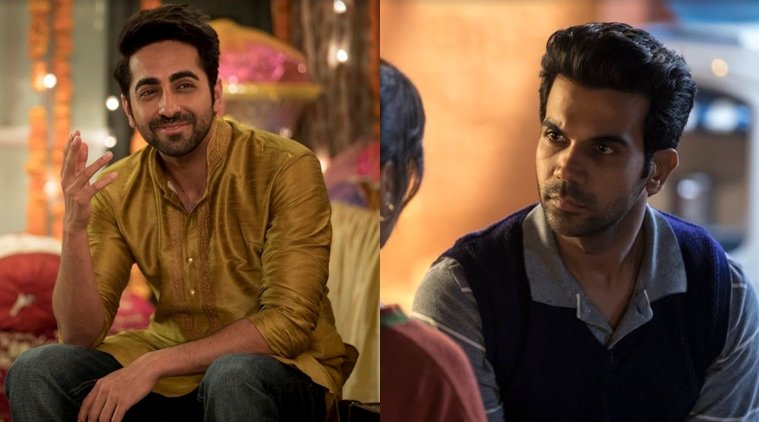 This year has brought the best out of both the actors. And as it is a tradition in our film industry to compare and make stars out of actors who are not necessarily competing with each other for supremacy, let us take one step ahead and talk about their craft.

Any superficial, surface level competitive theory was put to rest when these two starred in the movie “Bareilly Ki Barfi”. It was firmly established that not only do the two of them have completely different approaches to acting but also complete and compliment each other with their acting acumen.

When you see Ayushmann on the screen you don’t see the wheels turning, it is as if the art of acting is inherent to his character. Everything is Ayushmann-esque about him and the characters he portrays. But on the other hand, it is Rajkummar’s acting prowess that makes you realise the hard work that goes on in the showbiz. The great finesse with which an actor wears his characters is somehow pretty natural and organic to Ayushmann. But this very finesse makes Rajkummar the ‘prince of Bollywood’. The struggle that takes place on his face, and subsequently his character, makes him one of a kind.

While Ayushmann’s presence on screen feels more like a warm knife smoothly sailing over a piece of butter, it is Rajkummar who looks like someone who is actually working hard. The naturality that Ayushmann espouses is not likely for Rajkummar. That being said, it is in no way implied that Ayushmann has it easy or Rajkummar has it tough. In fact, it is implied in the light of the analysis of the approaches to acting and the presence with which these two have created spaces for themselves.

Does it take a lot to create a ‘niche’ in the film industry? The answer to this question is pretty obvious and subjective at the same time. For Ayushmann and Rajkummar, the answer to this question must be same to a degree, but it is their complementary styles of acting that make them the superstars of the future. Looks like Bollywood has finally found its new yin and yang pair, a pair of completely opposite but complementary forces.