By iProbono in Disability Rights, Society

While the 2016 act contains progressive changes, this article underlines the need for special provisions to assist persons with ‘mental illnesses’.

The intent of the 2016 Act is to reframe ‘disability’ as a human rights issue. This act stresses the principles of non-discrimination, full and effective participation and inclusion in society, equality of opportunity, accessibility and respect for the evolving capacities of children with disabilities. 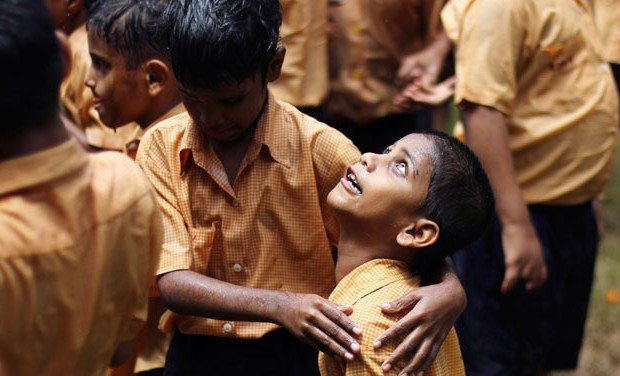 The old act listed seven disabilities and spelled out the State’s responsibility to uphold the rights of and provide rehabilitation to persons with disability (PWD). The 2016 Act expanded the list to include 21 disabilities stating that, “person with disability means a person with long-term physical, mental, intellectual or sensory impairment which, in interaction with barriers, hinders his full and effective participation in society equally with others.” This definition places people suffering from mental illness under the umbrella term “person with disability”.

“Mental illness” is defined as “a substantial disorder of thinking, mood, perception, orientation, or memory that grossly impairs judgment, behaviour, and capacity to recognize reality or ability to meet the ordinary demands of life but does not include retardation which is a condition of arrested or incomplete development of mind of a person, especially characterized by subnormality of intelligence.”

The 2016 Act makes special provisions for “persons with benchmark disabilities”, who are defined as persons with at least 40% of a specified disability. A person with a specified disability may apply for a certificate under Section 58(2) and the certifying authority will assess the extent of the disability. This certificate, valid across the country, enables the PWD to access benefits, some of which are discussed below.

PWDs are protected from “torture, cruel, inhuman or degrading treatment”. For example, the legislation includes a compulsory procedure that protects PWDs where they are the subject of research. Importantly, a PWD’s access to voting rights is also ensured, and sections 32-35 provide for reservation in higher education institutions.

Where a PWD lacks capacity to take “legally binding decisions”, further support may be provided by appointment of a “limited guardian”. Full guardianship is granted following a needs review by the Court.

There are stringent penalties for committing atrocities against PWDs punishable with imprisonment of six months extendable to five years and with a fine. Fraudulently availing benefits is also punishable. To streamline the system, Special Courts have been established in each district. The offences covered under the 2016 act include:

‘Mental illness’, by its nature, can remain invisible and go undetected. Mentally ill persons often are not aware of the actual nature of their illness and depend on their families for assistance. This difference between ‘mental illness’ and other disabilities needs highlighting so that provisions can be made in a more sensitive way.

For instance, under Section 38, a PWD can apply for ‘high support’, meaning “an intensive support, physical, psychological and otherwise, which may be required by a person with benchmark disability for daily activities, to take independent and informed decision to access facilities and participating in all areas of life including education, employment, family and community life and treatment and therapy.”

There is an assumption that the person suffering from a disability, whether mental or physical, will either have the capacity to act for himself or has someone to advocate on their behalf. This is not always the case.

While the 2016 Act provides many reassurances, brings domestic law in consonance with international standards, and is a huge step forward, its implementation should be monitored carefully to ensure that the needs of persons suffering from mental health issues are being comprehensively met.

iProbono hopes to empower vulnerable individuals by sharing content that raises awareness around legislation, case law and constitutional provisions available to them. The article has been written by Iti Pandey, iProbono’s Program Officer.