More than 1,00,000 students have pledged to #FightFoodWaste. Will you join them?

More than 1,00,000 students from colleges and schools from across the country have signed-up in this #WorldFoodWeek.

First time since the beginning of the 21st century, the number of people suffering from malnutrition worldwide rose to 815 million in 2016, rising by 38 million from the year before.

With 18% of the population of the world living in India, it  has a ‘serious’ hunger problem at hand. India slipped three notches to 100 among 119 countries on the Global Hunger Index (GHI), 2017. This is worse than the likes of North Korea, Bangladesh, and Iraq, and better only than Pakistan and Afghanistan among Asian countries. At 31.4, India’s 2017 GHI score is at the high end of the “serious” category, and one of the main factors pushing South Asia to the category of the worst-performing region on the index this year. The region is followed closely by Africa South of the Sahara. India is the third-worst in all of Asia — better only than Afghanistan and Pakistan – according to the International Food Policy Research Institute (IFPRI), which prepared the report. 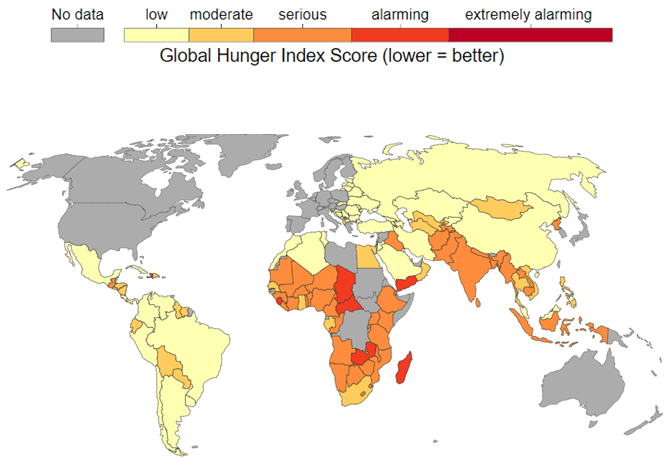 The people of the country have the power to take action and solve national problems. More than 500 chefs, restaurants and caterers and corporates have signed up already. Even more than 1,00,000 students from colleges and schools from across India have pledged to join the fight against food waste.

To celebrate World Food Week, the #FightFoodWaste movement initiated by Feeding India encourages people from all parts of the society ie. every citizen and organization to come forward and commit their support towards solving food wastage and hunger. The movement is not just about awareness, but with YOUR support, Magic Wheels program, the food distribution vehicles will be set up in different cities of the country that will collect and distribute excess food and provide food support to 25,000 beneficiaries regularly for one year.

What can be achieved after suppressing and threatening an artist? A Humorless India.