The Reality Of War Against Women On Social Media

There are many online publishing portals and news channels today which publish stories of women. Incidents where they were harassed or molested, or even stories reflecting women’s courage and how they stood up to society.

I, honestly, am not much into reading serious articles. I mostly scroll through Facebook or Instagram to laugh at memes. But once in a while, if a story catches my eye, I give it a read. I am sure many of you can relate what I am saying.

Have you ever gone through the comments sections of any article having something to do with women’s issues? Any post remotely dealing with women attracts a lot of comments. It’s become a trend now. While some are genuine and simply express the reader’s reaction upon having read the article, quite a few, however, are uncalled for. 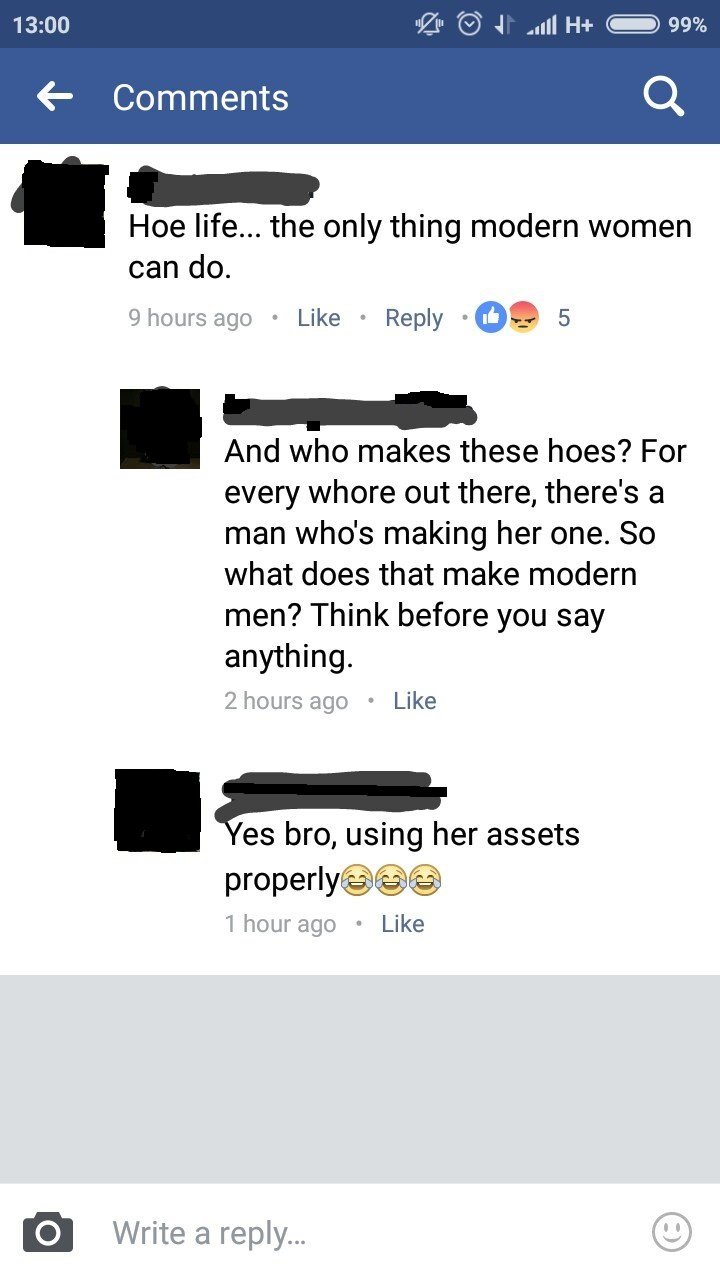 Certain people – mostly men, in my observation – do not bother to actually read the article and instead jump to conclusions. They leave cruel, misogynistic and hateful comments against the author or the woman the article talks about.

Once I was going through an article where the use of menstrual cups for women was encouraged. A certain guy commented along the lines of, “The feminists will start commenting now.” I failed to understand the correlation between the article, which spoke of a natural biological process, and this comment.

In almost every such post, the comments section looks like a battleground. There are men who try and insult the woman mentioned in the article with hateful and misogynistic remarks. And then there are a handful of women defending the woman in question, and trying to knock some sense into the heads of misogynists. And needless to say, these women are instantly branded as ‘feminists’, thereby incurring the wrath of every man in the comments section. 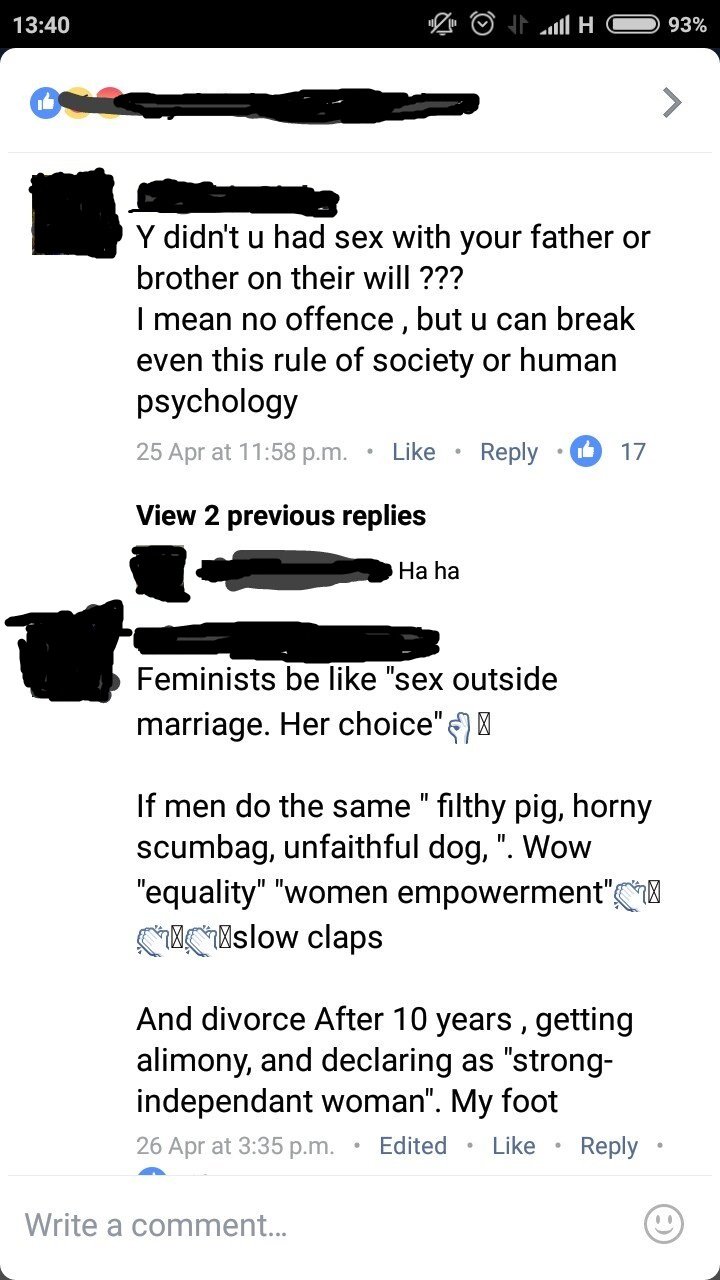 When we say we have a right to free speech, it doesn’t entitle us to say just about anything without consequences. Indian men have a very warped idea of what feminism is. There are certain men who feel threatened and perhaps emasculated when they hear a woman speak out her mind. They feel like they have to say something to defend themselves, no matter how baseless or out-of-context it is.

I have two questions for them. Why do you think you have to make misogynist remarks and call girls names to prove you are a man? Why don’t you just show some respect for women and let your actions speak louder than your words?

Initially, I felt that lack of education is the reason why some guys possessed a narrow mind. However, that’s not the case. You’ll be amazed to know that quite a few of the comments I have come across are from well-educated individuals. Some of them are engineers in prestigious colleges of the country. And yet, they don’t flinch from judging and slut-shaming modern women. Some distorted version of feminism is ingrained in their brains to such an extent that they are immune to any words or pleas of common sense that ask them to show some basic respect towards women.

So next time you come forward to comment on any post, please understand that by defaming women, you’re also defaming even your own relatives and friends who happen to be women. Not all women are good, and not all men are bad. Please understand that responding to or trying to tackle misogyny does not amount to ‘misandry’. 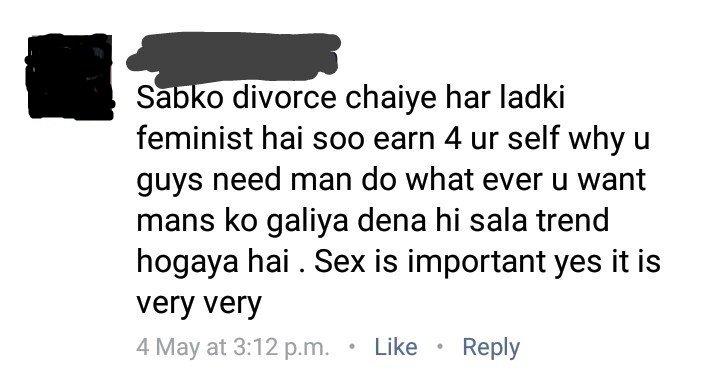 Please understand that hate is not the solution to everything. You’re entitled to your thoughts, but you’re not entitled to spread hatred. Your words online are enough to make women feel scared for their safety when they step out of their house. Until there’s a change in the mentality of men, no amount of candle-light vigils or laws against rape can make women feel safe.