How We’re Saving Uttarakhand And Himachal From Becoming Garbage Dumps

Back in December 2008, UK-born Jodie Underhill came to India as a tourist and then volunteered at the Tibetan Children’s Village in Dharamshala. The garbage situation was something that bothered her every single day, so in April 2009 she decided to do something about it. Jodie’s first mass clean-up drive was in McLeod Ganj, the home of His Holiness the Dalai Lama, and was attended by over 100 people. It proved to her she wasn’t the only person who wanted a cleaner India. Soon after, she formed the voluntary organisation Mountain Cleaners and started a weekly waste collection drive from Triund, a remote but garbage stricken mountain camp. Volunteers were recruited to segregate and sort the waste from the chai shops and guesthouses but also to clean the hiking trail and clear the backlog that had been thrown over the side of the mountain. The result, Triund is now known as one of the cleanest hiking destinations in India. 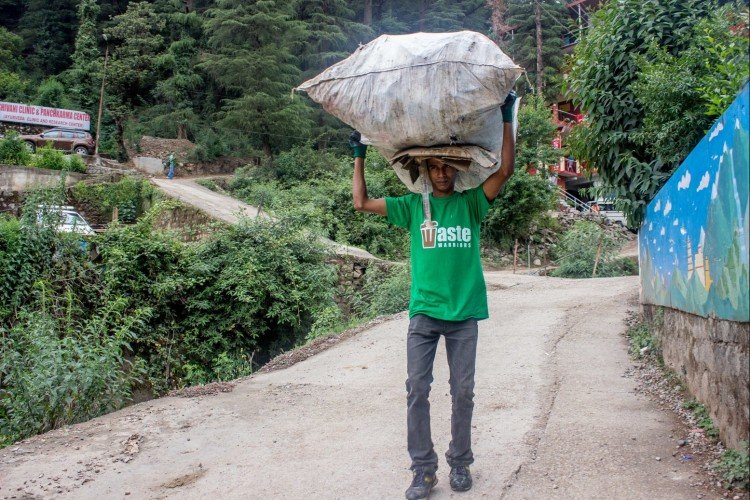 In April 2011, the model was rolled out to the sacred Gaddi temple Guna Mata, a three-hour hike from McLeod Ganj, and, in November that year, extended to Bhagsunag Waterfall. Dustbins were purchased and installed so that people in the surrounding areas no longer needed to burn or dump their waste. It was then that we recruited our first employee, Lok Man, to manage these bins. And so the Waste Warriors came to be. Today, we have a diverse range of staff and volunteers, both Indian and non-Indian, and from different backgrounds.

One of the first projects we started was back in 2010. The Jakhan forest – otherwise a beautiful forest area just before Johri Gaon – was heavily littered due to people throwing things out of their car, and open dumping of household, medical and construction waste. It took several months to fully clean the area and dumping grounds. We realised the best way to reach out to adults is through their children, and so we had lots of help from Kasiga and Shigally School students. They not only helped clean, but also made “anti-littering” banners for us!

By 2012, we turned our attention to the main road of the city, Rajpur Road. New businesses, hotels and malls are popping up every day! Dehradun was once known as the “Land of grey hair and green hedges,” but those days have long gone. We started conducting cleanup drives in these areas, painted awareness raising wall murals, went door to door to raise awareness, installed dustbins and hired a full-time Green Worker. We even carried our project to areas like Astley Hall and Anekant Palace in Dehradun. 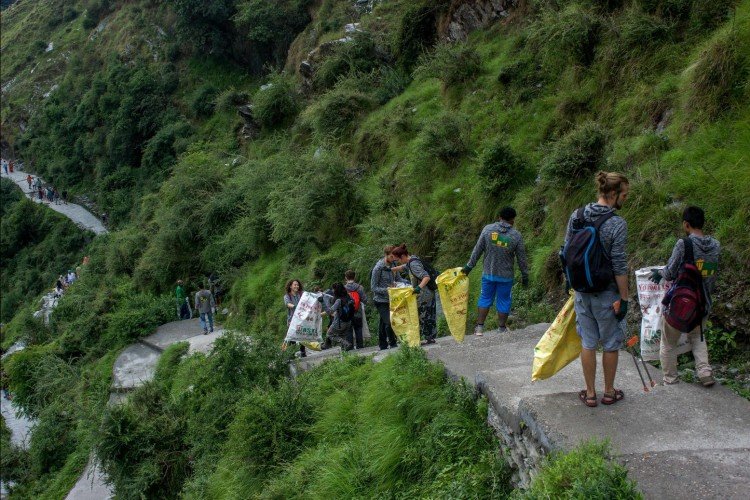 We had a similar experience in Dalanwala Dalanwala, an upscale residential colony, with a number of well-known schools and learning institutions. In 2014, littering was a problem, as there were no dustbins in sight. With support from local schools and residents, we installed bins, set up an area for composting and started garden waste collections.

In July this year, we began raising funds on ImpactGuru, for waste sorting and storage facilities. Within 90 days, we exceeded our target, collecting ₹3,00,637! It meant a huge deal for all of us Waste Warriors.

India produces over 500 million kilos of waste every single day, and for too long, we’ve ignored the journey of that amount of waste. Over 90% of it ends up in open dumps, many of which are now turning into mountains of trash. One in Bhalswa landfill caught fire, because of harmful greenhouse gases being emitted by decomposing organic waste. Another in Ghazipur became a landslide! And when it comes to inorganic waste, we are slowly becoming aware of the harmful effects of micro-plastics and dioxins on both animal and human biology as they built up the waste and mess with the food chain.

Much of the waste could have been recycled to begin with, but that requires a thorough implementation of a system to educate the public on how to segregate their waste at source (like they do in Indore).

India needs a strong understanding of how to minimize the damage being done to the environment by mismanaged waste. Coupled with that is the willingness and determination to make a difference in the face of such a huge problem.

Waste management that is implemented sustainably and with financial transparency as well as proper public feedback mechanisms is extremely important because of all the fact-based, peer-reviewed, statistically-proven evidence and problems that concerned scientists, academics, organizations, and public service authorities are publishing, discussing, and trying to implement solutions for. 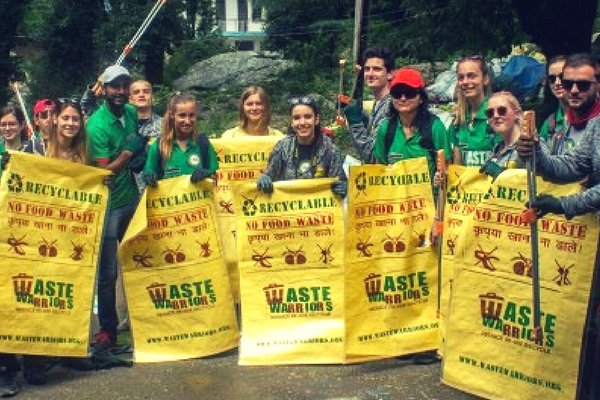 Waste Warriors is open to all volunteers, for both short-term activities like cleanup drives or art projects, or long-term projects like conducting school up cycling programs or assisting in local and online campaigns and administrative work.

Because of the exceptional diversity of India, there are several aspects of the Waste Warriors model that can be replicated, while other aspects will face their own set of challenges, whether it is demographic, topographical, political, financial, or even psychological. However, this is a model that can be learnt and implemented based on a thorough understanding of a locality and municipality, and what exact solutions need to be planned for and implemented with the help of members of the community and local authorities to tackle their specific issues on waste.

To be a Waste Warrior means to recognize the impact of our waste on a global scale, to reframe our perspective on the reality of our waste, and to rethink our reservations about responding to our waste. We only have one planet, and we have been using every inch of it as a bin. We must all become Waste Warriors to change that.