Is Bitcoin The New Global Currency Or Just A Bubble Waiting To Burst?

By Sarabdeep Singh in Business and Economy, Latest

Bitcoin, which was invented by Satoshi Nakamoto in 2008 is a premier digital cryptocurrency. It has steadily gained popularity with a bunch of websites, services, and retailers now accepting bitcoins. 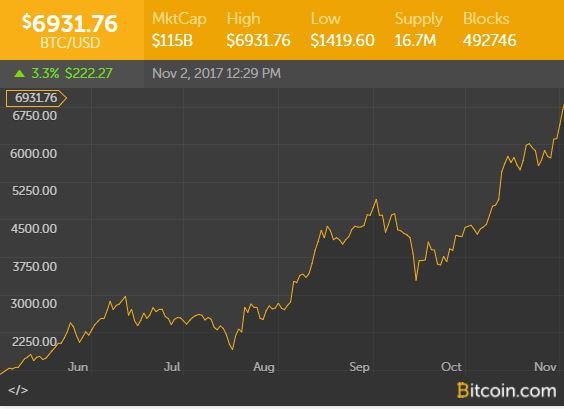 Bitcoin has already grown almost three times this year. In general, there is has been super hype around cryptocurrencies and Initial Coin Offerings (ICOs). But Bitcoin and ethereum have seen the longest bull run with valuations going up astronomically.

You can even track bitcoin prices in INR

So what does one make of this price rise is it for real or is it a bubble?

First of all, let us look at what some of the experts are saying on the bitcoin price frenzy

“Nobody can stop Bitcoin.  Bitcoin is better than currency”

“Well, I think it is working. There may be other currencies like it that may be even better. But in the meantime, there’s a big industry around Bitcoin. — People have made fortunes off Bitcoin, some have lost money. It is volatile, but people make money off of volatility too”

So we have experts on both sides of the table. There are a few who think Bitcoin is a real bubble while for others, Bitcoin signals a fundamental change and hence is here to stay.

Why Bitcoin May Be Overhyped

Why Bitcoin Can Keep The Momentum Going

While there is no doubt that Bitcoin represent a new wave in technology poised to bring about a revolutionary change in payments, the current hype around price seems to be unwarranted and might get corrected. There is little to doubt that Bitcoin or cryptocurrencies are the future of payments, and will fundamentally alter the internet ecosystem as we see it today.

The Widening Gap Between Small And Large Scale Industries During Pandemic