For BJP, Lord Ram Is Just A ‘Political Card’ To Be Played Before Every Election

By Waquar Hasan in Politics, Society

For the believers, God is the gospel, the truth from where they procure the light of guidance and hope. He is a source of spiritual enlightenment and power. And religion is a set of principles, guidelines and duties revealed by God to human being in order to guide them. A religious person reveres his God and religion with his profound sacredness and sanctity. That is why sometimes, any insult to God and religion invites the fury and outrage of the believers. 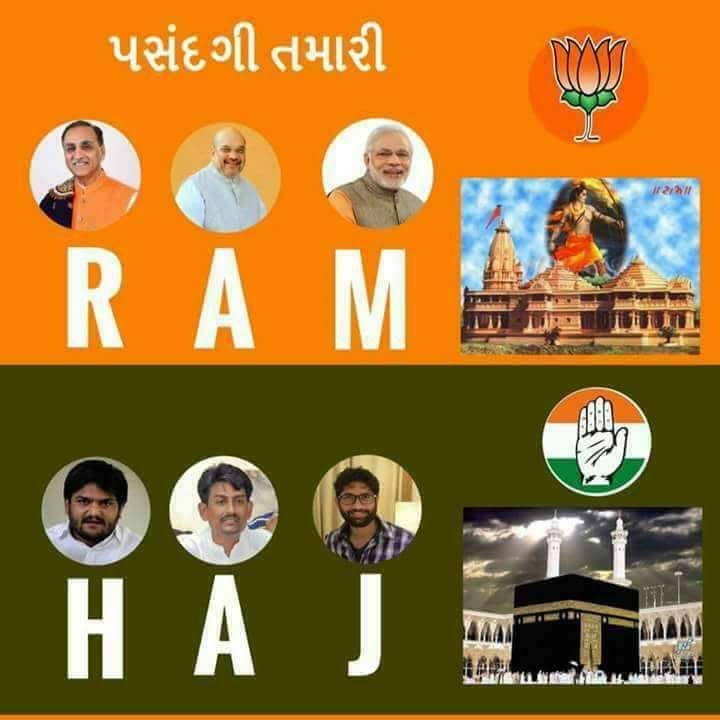 In India, It’s the Bharatiya Janata Party (BJP) and their politicians who have been invoking their gods and temples to garner vote for decades. Other parties also sometime use religion for votes but they don’t claim that their party believes in God or religion. They must be exposed. But the BJP and its politicians have been using lord Ram and Hindu religious symbols such as the cow and temples for decades to grab power.

Recently in the Gujarat elections, the RSS released a poster that describes Modi, Amit Shah and Vijay Rupani as Ram. Do Modi, who was accused as being complicit in the 2002 Gujarat riots, and Amit Shah, who is accused of murders, snooping and fake encounters, epitomise lord Ram? Is this not a grave disrespect to lord Ram? On the other hand, lord Ram has been reduced to a political card that the BJP uses in every elections. Common Hindus must viciously oppose this politicisation of Ram and Hindu religion. The party has been continuously disrespecting Ram by using him as a political tool.

Securing Livelihoods For Migrant Labour And The Rural Poor